At the end of 2019 we met the baptized as Aspark Owl, a Japanese electric hypercar that will literally leave you speechless. Today, the company led by Masanori Yoshida announced that the model is now on sale in North America and Europe «through its network of prestigious distributors»(For now they have only announced dealerships in Beure, France and Miami, Florida).

Body, chassis and most of the components have been manufactured entirely with carbon fiber – the total weight of the chassis is only 120 kg and that of the body is about 180 kg. The model has four electric motors extremely powerful, a unique torque vectoring system, an exclusive battery system and a premium handcrafted interior. 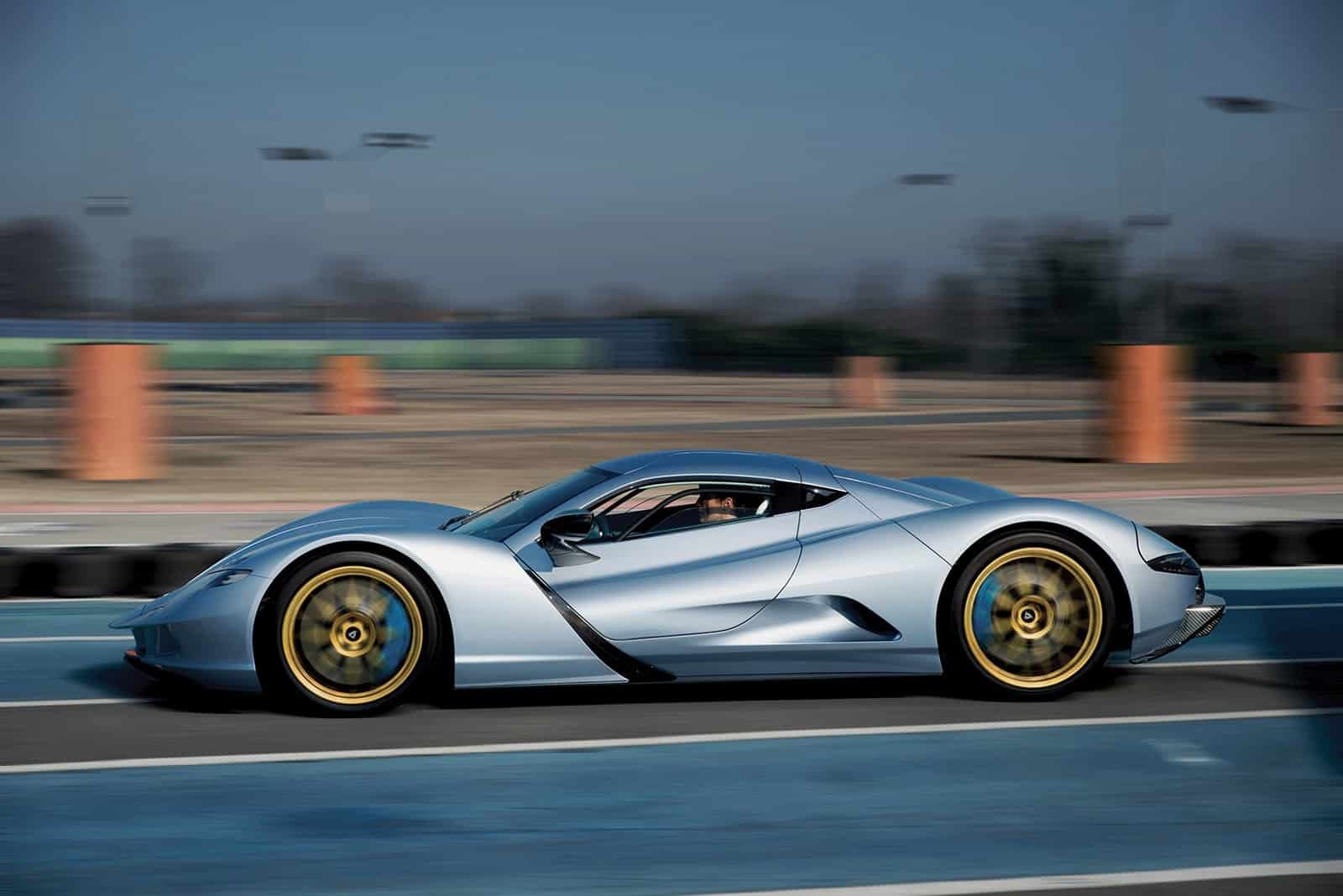 The car is the car with the fastest acceleration in the world and it is capable of covering 0 to 96 km / h in 1.72 seconds.

With four permanent magnet synchronous motors (PMSM) that produce 2,012 hp / 1,480 kW and a unique battery pack that allows 450 km range, the model is presented as one of the wildest electric hypercars on the planet. The maximum speed is 400 km / h. The maximum total torque is 2,000 Nm.

The Owl is a hypercar with great features and a daring design capable of transmitting femininity and a sense of luxury. Outside, the lines are smooth and spectacular. In addition to being one of the most powerful, the Owl has a height of 99 centimeters making it the lowest electric street hypercar on the planet. 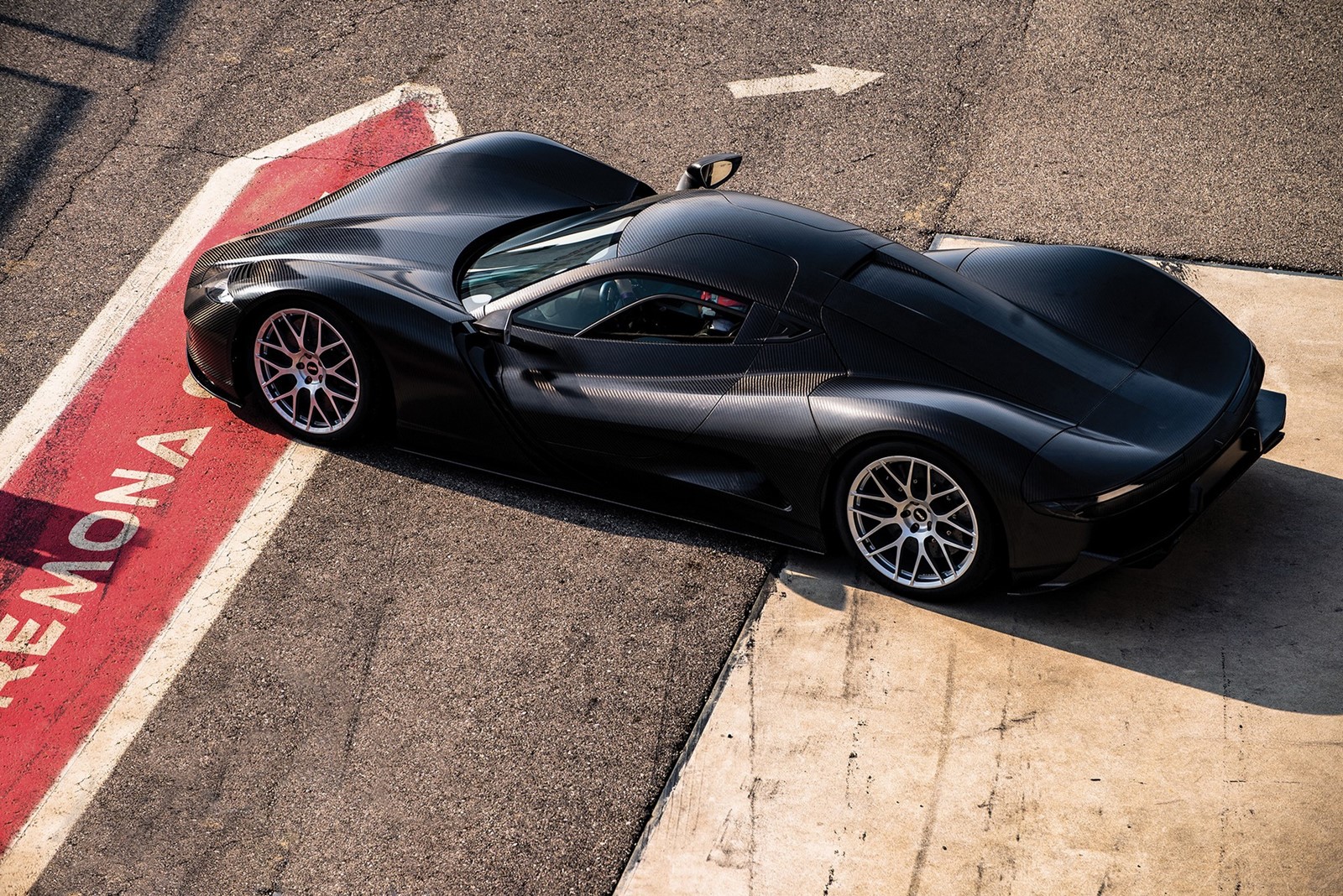 The differences between the production version and the original concept presented at the 2017 Frankfurt Motor Show are huge. These changes were made to improve the style while maintaining the original concept of feminine and elegant design, to achieve aggressive performance goals and to meet the homologation requirements.

First of all, two mirrors have been added external with camera. They blend perfectly with the charm of the car, maximizing its elegant appearance with its shape. At the same time, they ensure greater safety and create airflow in the right direction, helping to achieve maximum performance. 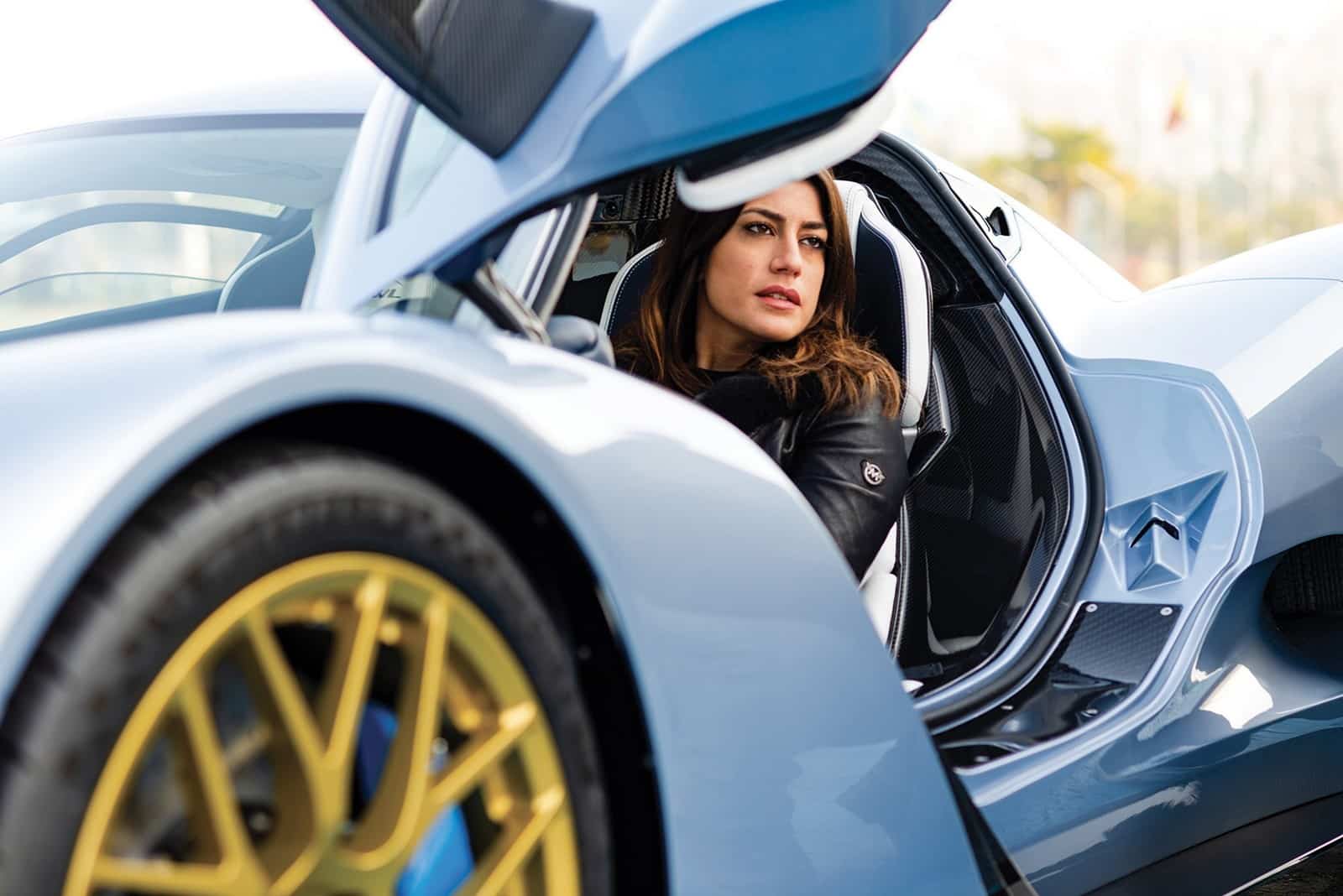 To give you an idea, the Owl has almost three times more power than Formula E cars and twice as much as Formula 1 cars. Engine rotation should be the fastest in the world at 15,000 rpm.

The side glass is now more functional for the driver, thanks to a cutout of the window, a design used in models like the Lamborghini Countach or the Mclaren Senna. The spoiler is designed to work automatically or manually as soon as the customer needs it.

The system automatically exits to speeds over 150 km / h and increases downforce to maintain stability, but also increases driver safety and cornering performance. He spoiler it is automatically stored when the speed drops below 100 km / h. 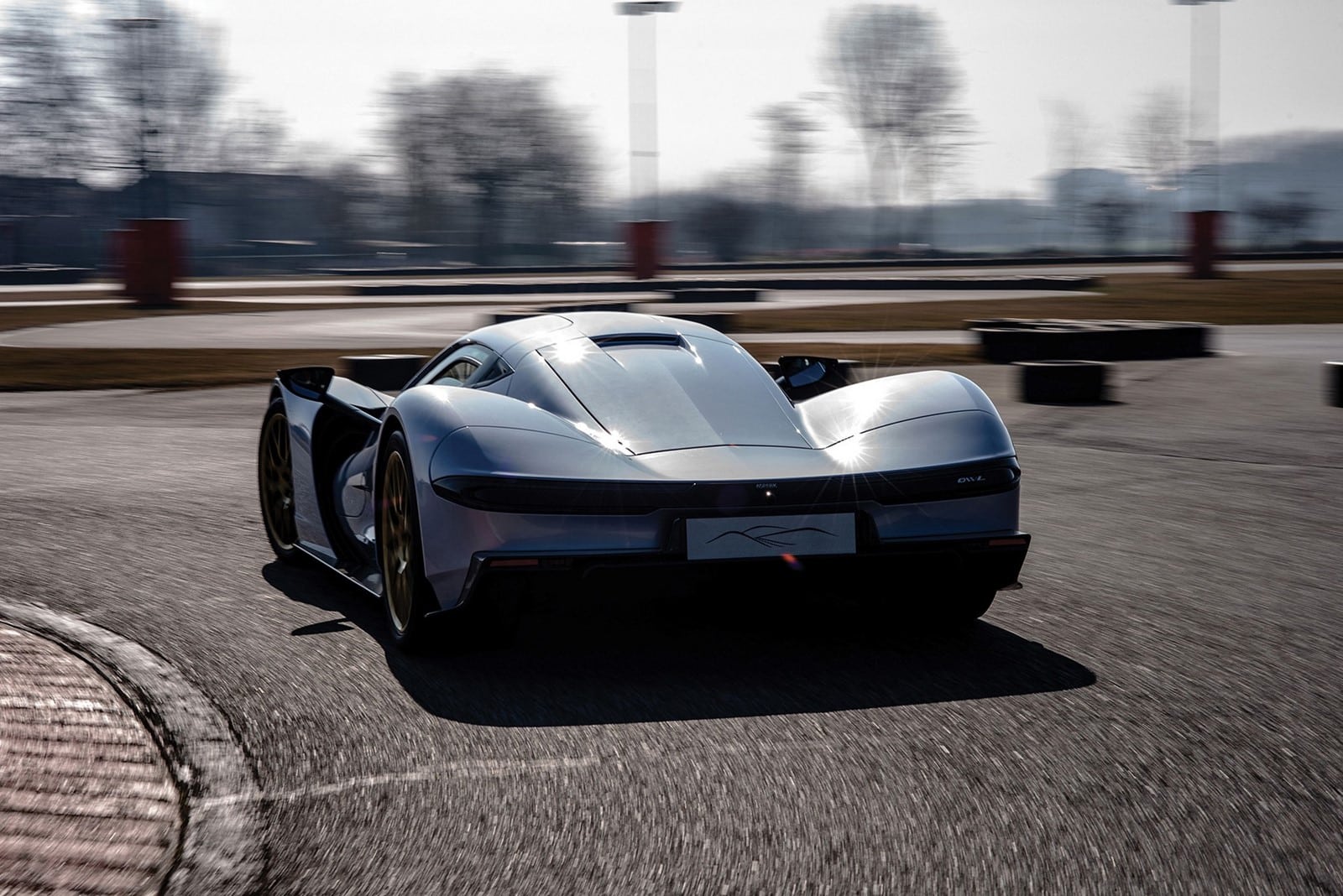 The interior of the car evokes a modern concept of luxury. Each element has been designed to be perfectly integrated and evoke the look of a cabin. The on and off switches are now on the ceiling. The lithium ion battery it has a total power of 1,300 kW. Can be charged in 80 minutes with the 44 kW (world standard optimization).

Aspark is working to increase the charging capacity of the battery. The Owl’s battery has successfully passed a long series of safety tests such as fire resistance, crush test, overcharge and overcharge protection.

The Owl has a system of hydraulic suspension double fork that allows the driver to adjust the height (automatically or manually when necessary) between 80 and 160 mm. The production version is limited to 50 units all over the world. Each unit will be completely customizable and unique, with a starting price of 2.9 million euros. 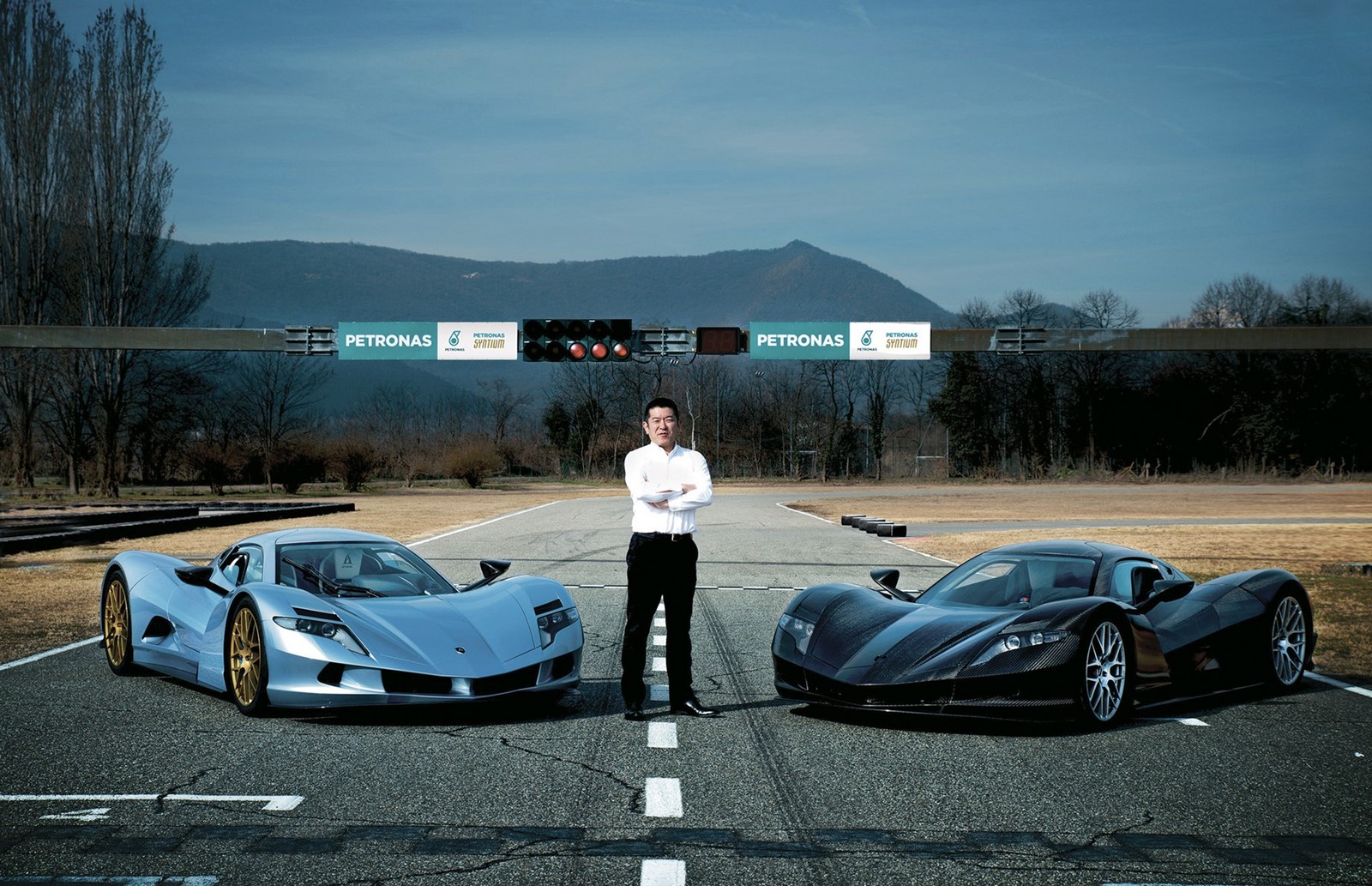 Production takes place in Turin, Italy, in collaboration with Manifattura Automobili Torino, with the full support of Aspark’s engineering centers.