HTML code or Hypertext Markup Language is essential for creating a website or modifying existing web pages. It is a specific language that uses tags to define the different elements of a page such as the title levels, the marking of text in bold or the display of images with code.

An HTML editor is software that can be accessed directly online or can be downloaded, which helps the developer to code the various pages of a website.

What are the key features of an HTML editor?

Generally easy to use, the HTML editor or web editor is a kind of toolbox, which allows you to quickly visualize the graphic rendering of a document.

The various software available offer all the classic functions of an HTML editor, that is to say writing, editing the code without risk of error or even debugging.

There are also secondary features, which differ depending on the type of editor such as:

The online HTML editor is a software accessible without downloading, usable directly from the web. 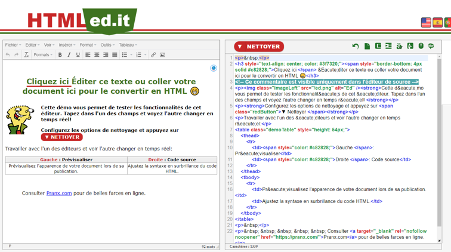 HTMLed.it is a free tool which allows, in addition to its primary function of editing a page in HTML language, to convert and clean any document easily and quickly.

See also  3 local seo tips in paris for a site

This software has very useful additional features such as: 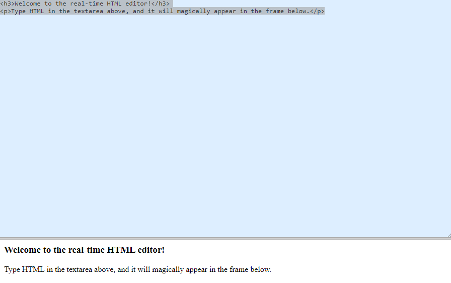 The Squarefree online HTML tool is also a JavaScript editor.

The code is typed in the blue part of the screen and the result is obtained at the bottom in the white part.

Squarefree is aimed more at experienced coders. Indeed, no toolbar is available to help with writing. It is essential to master HTML formatting syntax to use it. 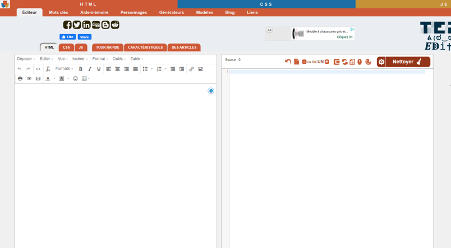 HTML Online can be used in real time and has many features. It offers a visualization on a double panel, with the document on the left and the coding on the right. To convert an already existing Word or PDF document, just paste it into the visual editor, which behaves like a classic word processor. Markup instantly appears on the right side of the screen.

HTML Online offers, among other things, the possibility of:

HTML Code Editor, accessible without downloading, offers, again, an instant preview of the document thanks to the juxtaposition of its two panels.

It has many features that make it very attractive to users like:

HTML Instant is an ultra-easy to learn tool for basic HTML coding use. It offers a dark themed color scheme and supports syntax highlighting. It also allows the integration of images or links.

The preview in HTML code is available directly in the right panel.

Some HTML editors can only be used after downloading.

See also  How to give feedback? The guide to success 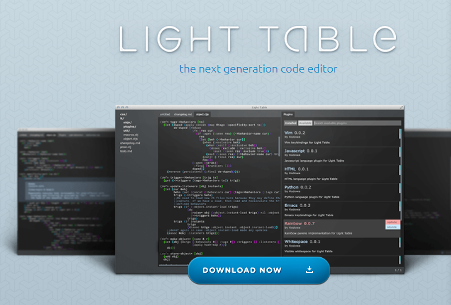 Light Table is an HTML editor acclaimed by users for its innovative character. It is very easily customizable thanks to a powerful system of plugins. Around a hundred add-ons are thus available. In addition, it boasts an impeccable graphic design and allows the integration of games or other drawing elements.

Brackets is a powerful text editor that works on Windows, Mac and Linux. It simplifies web design by offering targeted visual tools, including a live preview that launches a new Chrome tab to display the current page and does not require a manual refresh.

This editor also includes preprocessor support and highlighting. Focused specifically on web development, Brackets is an excellent choice for users who want a work environment free from superfluous features that they will never use.

A free source code editor, Notepad ++ is probably the most popular tool on the market. It has many features while still being easy to use software for someone who is not completely proficient in HTML. In addition, it supports many other languages ​​such as CSS, PHP or JavaScript. Specially designed for Windows, it can however be used under Linux through the Wine software.

It offers syntax highlighting as well as auto-completion or even multi-document editing. Another major advantage of Notepad ++ is that it is already translated into more than 80 languages ​​and therefore accessible all over the world.

Netbeans is one of the most popular HTML editors on the market. It supports PHP, C ++ or JavaScript programming languages ​​and can be installed on Windows, Mac or Linux.

The tool provides intelligent code assistance as well as the possibility of customization. In addition to the basic functions of an HTML editor, Netbeans also offers: 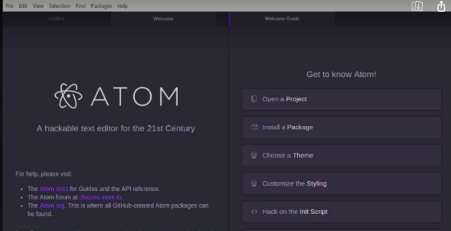 Atom is a text editor developed by GitHub and built for collaboration. Indeed, its strong point is that it allows the sharing and modification of a document by several users.

Atom is a cross-platform system that works just as well under Linux as it does under OS X or Windows. It has a smart autocomplete feature as well as the ability to open multiple panes to easily edit code between two files.

See also  How to View an Instagram Story Without Being Seen?

This editor benefits from a large community of developers, which makes it possible to regularly obtain consistent updates and new themes. 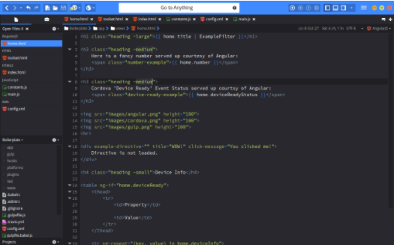 Komodo Edit has the particularity of being a very powerful tool, but also light and easy to use. It is ideal for developers of small projects that do not require overly advanced features. In addition, there is a more advanced version, Komodo IDE, which offers other options like collaboration tools, live preview and most importantly debugging.

Both versions allow you to track changes, make multiple selections and include multilingual editors.

Sublime Text offers a free version, but beware, this editor becomes chargeable for continued use. Its main advantage is that it consumes very few resources while offering many advanced options, such as search tools to find certain functions and modify several lines at the same time.

Sublime Text was primarily built with a Python API and is totally suitable for developers who spend a lot of time coding.

Docs to Markdown is an HTML tag generator add-on accessible from a Google Docs file. Once downloaded, the module allows the creation of HTML code in text created on Google Docs or imported from Word, for example.

The handling of Docs to Markdown is extremely simple. All the user has to do is format the text from the Google Docs toolbar (heading levels, bold or even underlined), insert the links he wants to appear in the body of the text, then to go to the Docs to Markdown add-on by asking to view the document in HTML. Be careful, however, this tool does not have any additional functionality.

To go further, download this free guide and learn how to optimize the performance of your website to generate more traffic and leads.