When Marty McFly and “Doc” took us into the Future in 1980, we all wanted a DeLorean. Over time we have realized that the DeLorean was not a sports car, but a full-blown movie legend. It was slow and did not have good dynamics, however, the DeLorean It marked more than a generation, not only with its film appearance but with its disappearance due to the bankruptcy of the brand that passed to a better life in 1981-1982. 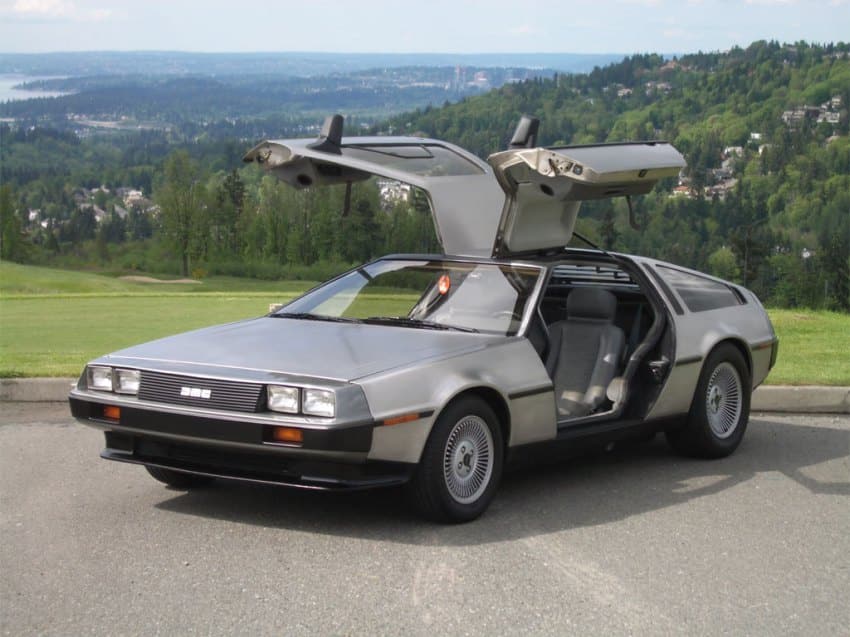 Conceived, designed, and developed by some of the biggest minds in the industry, sales were so dismal that the DeLorean might as well make it onto the automotive disaster list, though it is undoubtedly one of the most unique vehicles ever made. In reality, we could well say that the DeLorean DMC-12 is an enigma in the annals of automobile history, for this reason and, taking advantage of the fact that we’ll see him on American roads again in 2017, today I bring you a list of 22 things you probably don’t know about this peculiar model.

1. The chassis is made of food grade stainless steel

Most people know that the DeLorean has no paint on its body, sporting a brushed stainless steel look. However, technically speaking this material is SS304, or what is the same, the stainless steel that is used to make most kegs of beer that we see every day or the countertops that we can find in the kitchen of a restaurant.

2. To make it shine, the best is gasoline

Yes, it seems like a joke, but if you’ve ever tried With a kitchen appliance made of stainless steel, you will know that it is practically impossible to avoid getting fingerprints on it. The same thing happened in the DeLorean, so its creators decided indicate in the owner’s manual that the best thing to do to get it gleaming is to use gasoline or thinner. Total, there was no painting to eat with Scotch-Brite…

3. There are even DeLorean suitcases

Interestingly, you can get hold of the official DeLorean luggage kit but nevertheless there is no official set of suitcases of Return to the future to carry on your DMC-12. It’s a bit weird, isn’t it? 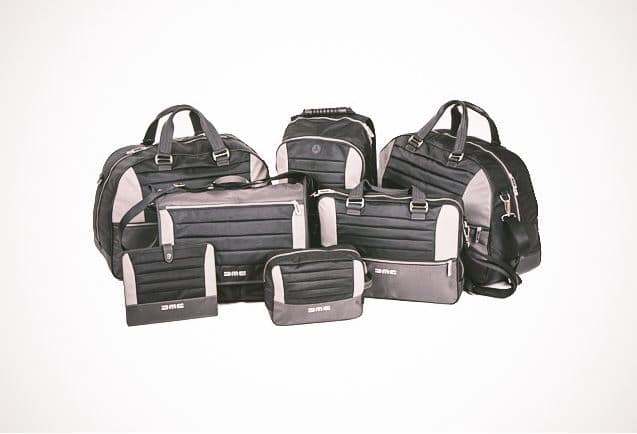 Even for 1980, $ 12,000 was a great price. The intentions of its creators were to set the final price of the model at that figure, but finally its manufacturing costs and the various setbacks it faced led to sell for $ 25,000although shortly thereafter it could easily exceed $ 75,000.

5. The government used the DeLorean to test the airbags

DeLorean Motor Cars created the DMC-12 with the goal of making it an extremely safe vehicle. Moreover, one of the main names that were being considered for the model was DSV, «DeLorean Safety Vehicle«. The company even donated two of the first prototypes to NHTSA to carry out the crash tests with airbag, as you can see in the video.

The test was carried out at 64 km / h, although the truth is that the result is not what you would expect from a Safety Vehicle.

6. Before starting his own company, John Z. DeLorean was one of GM’s brightest stars.

He ran Pontiac in the 1960s, when he was responsible for the birth of legendary cars like the GTO or the Firebird, before taking over at Chevrolet in 1970 and making a few enemies at General Motors as time passed. He even became vice president of the company before the oil crisis, but He proved early on that he didn’t know how to navigate the big bosses, so he was expelled from GM in 1973. 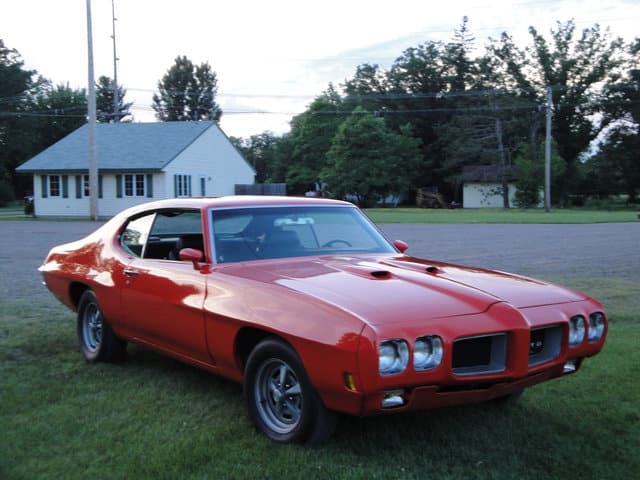 7. Its design is the work of the legendary designer Giorgetto Giugiaro

Even if you’ve never heard of Giugiaro, I’m sure you know a lot of his works: the BMW M1, the Lotus Esprit or the Lexus GS they are the fruit of his prodigious mind, to name just a few.

8. The chassis was designed by the founder of Lotus, Colin Chapman

Well, it was actually redesigned by Chapman, as the first design – carried out by one of DeLorean’s former colleagues at Pontiac – used a number of techniques that probably would have made this car an even bigger disaster in terms of aerodynamics, performance and sales. Thus, much of its chassis components are shared with the Lotus Elan. 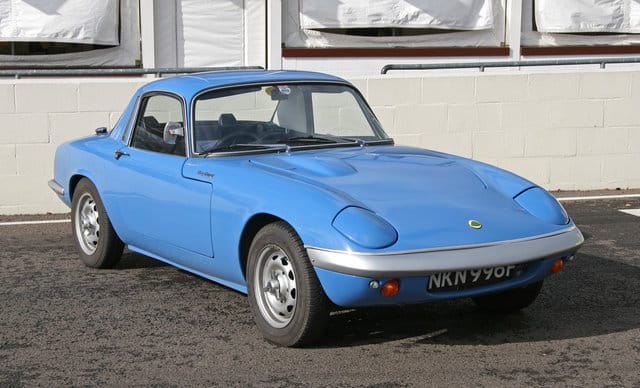 9. The motor comes from Volvo

To build the DeLorean DMC-12 several mechanical options were considered, including the same rotary engine that can be found in the Mazda RX-7. However, finally a version of the mighty V6 block developed by Peugeot, Renault and Volvo found its place in the rear of this sports car. Luckily, plutonium and nuclear reactors were never among the top choices …

10. There are four gold-plated DeLorean

As part of an unsuccessful campaign in collaboration with American express, a couple of plated cars in 24 karat gold saw the light throughout the production process, both being exhibited in museums today. A third was built in order to have spare parts for the first two, and the fourth unit was built commissioned by a somewhat capricious private businessman who decided to bathe his unit in gold.

11. The doors have space technology

The company in charge of developing the torsion bar for the doors – which helps with the raising and lowering of the doors – was nothing less than Grumman Aerospace, a leading company in the design and manufacture of aircraft -both civil and military- of the 20th century that gave birth to great creations such as the Apollo lunar module and the F-14 Tomcat fighter jet. To develop the DeLorean’s torsion bar, carried out most of the manufacturing under cryogenic conditions, in order to guarantee its longevity.

12. Initially, it only had an optional

That’s right, at its launch the only option available for the DeLorean DMC-12 was automatic transmissionIt was not until some time later that other accessories such as ski bars on the engine compartment or vinyls with the initials “DMC” began to appear. 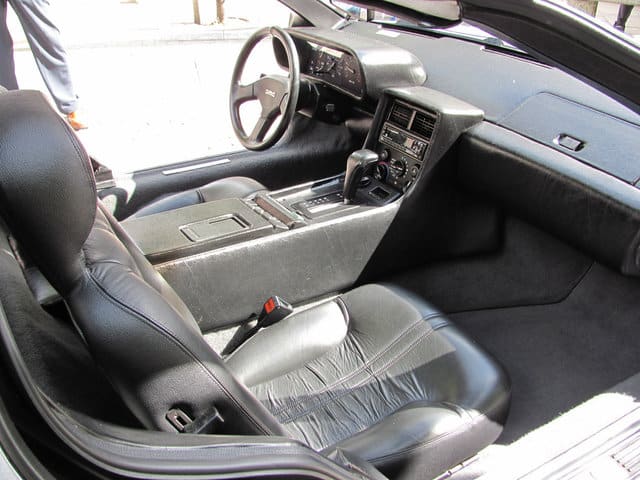 13. The DeLorean was to be manufactured in Puerto Rico

John Z. founded the DeLorean brand in Detroit with the help of a heavy investment by the likes of Johnny Carson and Sammy Davis, Jr. However, the British government offered the founder the chilling figure of $ 120 million for DeLorean to build its factory in Northern Ireland. Logically, he accepted, a fact that ended the advanced conversations that John had with the authorities of Puerto Rico to move the production there.

The factory was created specifically to support a rapid rate of production. Moreover, it was expected to reach an average number of units similar to that of the Corvette, but the reality was never close and everything was left in a mere utopia, since in total only 10,000 units of the model were released. It is true that initially the demand was high, but the low sales were the result of several delays and in less than a year the expected performance of the car began to seriously undermine the enthusiasm of potential buyers.

When the brand began to go downhill and without brakes, John Z. struck a complex restructuring agreement to stay afloat, but it took a sum of no less than $ 27 million for DeLorean to rise from its ashes. What a typical 80s movie, The FBI arrested DeLorean in Los Angeles in October 1982 for attempting to sell a briefcase of cocaine worth $ 25 million. to save his company, but he managed to get out of charge after proving that the entire operation had been organized by the FBI to catch him red-handed. 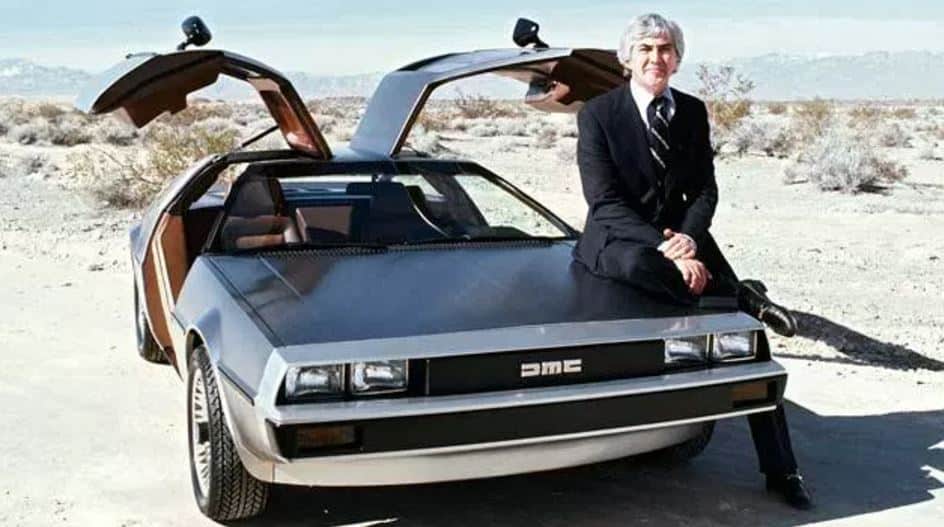 Later he also claimed that General Motors was behind the whole story because it was seeking revenge, but it never managed to prove that part. Upon leaving the court, DeLorean himself stated «¿You would buy a car made me? » and, later, the «little angel» began a criminal career based on divert the few funds left in his company, swindling nearly fifty million from his investors and another ten from the law firm who represented you during your legal battle.

16. When the DMC died, Big Lots took over the units

At that time Big lots was known as Consolidated Stores Corporation and he was a major investor for the brand. When DeLorean went bankrupt, CSC acquired all the remaining units and was in charge of selling them on its own. 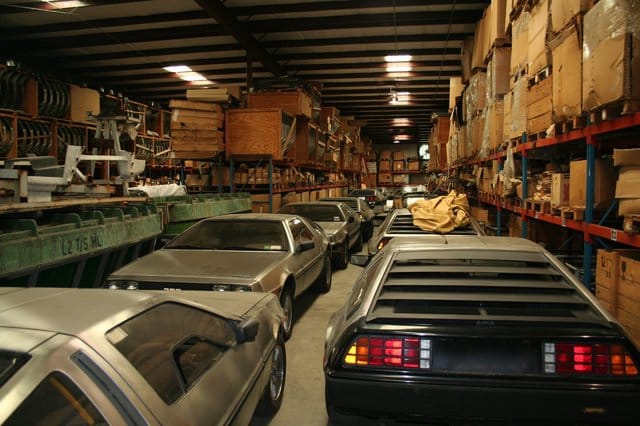 No, we are not talking about a restored unit “like new”, but a DMC-12 made from scratch from original factory parts owned by DeLorean Motor Company of Texas. If you want to get one, you will have to shell out just over $ 65,000, but it will still be even cheaper than some of the units that are seen in the second-hand market. 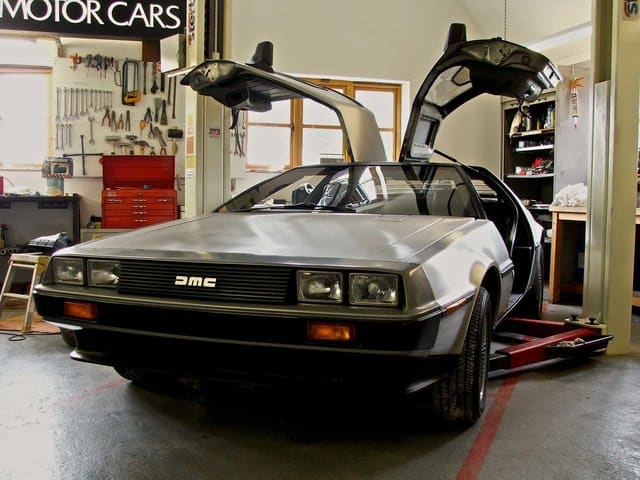 19. For 30 thousand dollars you can have your time machine

While it is true that this figure does not include the base price of the car, for this price you can get all the components that the car wore in the movie Return to the future and have a practically exact replica. Another option is that you get the official replica of the model that rolls these days on eBay and of which I have spoken to you recently. 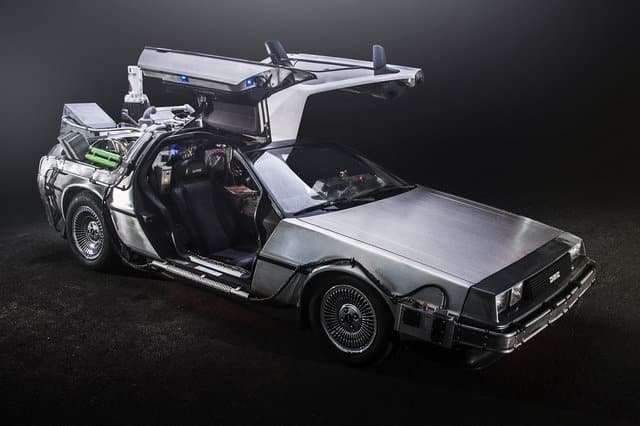 20. The doors of the DeLorean now sleep with the fish, literally

Stamping dies are the heavy pieces of metal that are used as molds to shape other metal sheets when pressed together to create, for example, auto parts. The DeLorean of Texas bought a large part of the necessary tools to continue manufacturing the DMC-12, but couldn’t get the actual stamps used to make the doors. 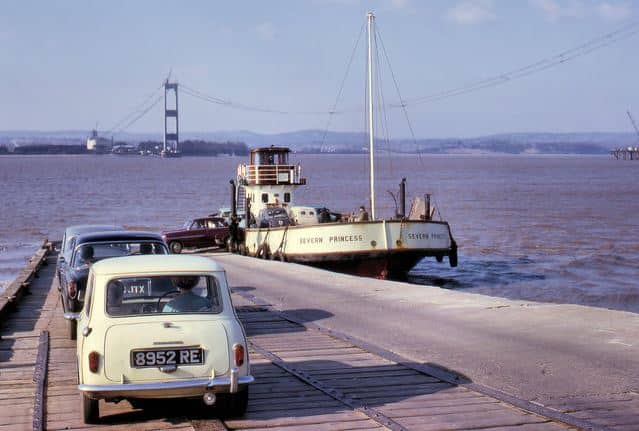 Instead, these were loaded onto the ship seen in the picture and dropped into the depths of the ocean, off the coast of Northern Ireland. They currently serve as anchors for very large nets, specifically as part of a fish farm. For decades this story was thought to be nothing more than an urban legend, but in the year 2000 photographic evidence dispelled any possible doubt.

It was 1981 when Cutty Sark used Johnny Z. to promote the whiskey ad that I show you in the image. A year later, on Christmas Eve, the DMC-12 was one of those 100 failed deals the poster referred to. Success what is called success, did not have. 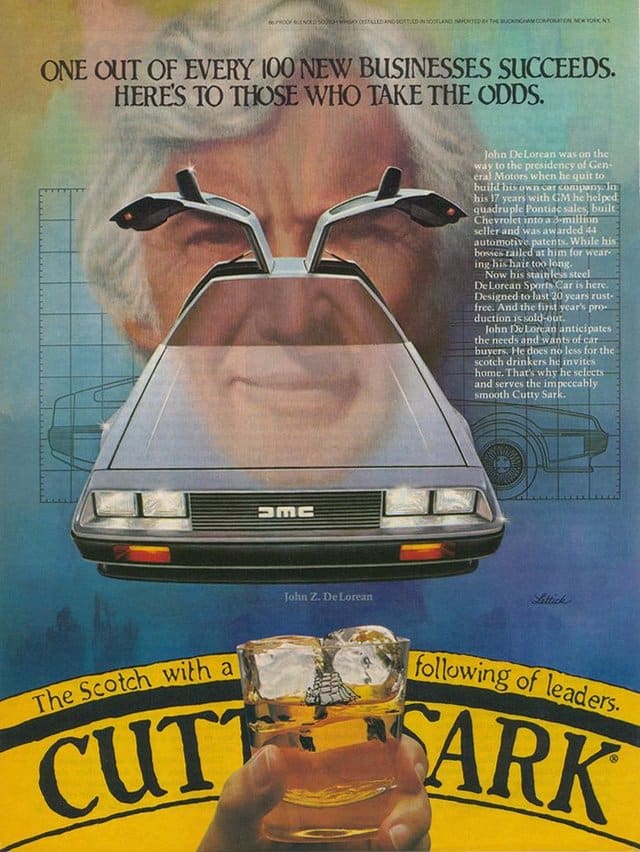 John DeLorean’s accounts were not exactly healthy after the failure of his company and, in 2000, Donald Trump himself took over his mansion and the 400-hectare land he owned in New Jersey. Quickly saw the light a golf course Judging by the images it looks very, very good …