The EQA is the new model of access to Mercedes-EQ electric family. his close kinship with the GLA you can see it in the fascinating attributes of this model range, combined with efficient electric propulsion. The new EQA is manufactured in Rastatt (Germany) and in Beijing (China) And although the model will arrive in European dealerships in spring 2021, today we are going to tell you all the news. 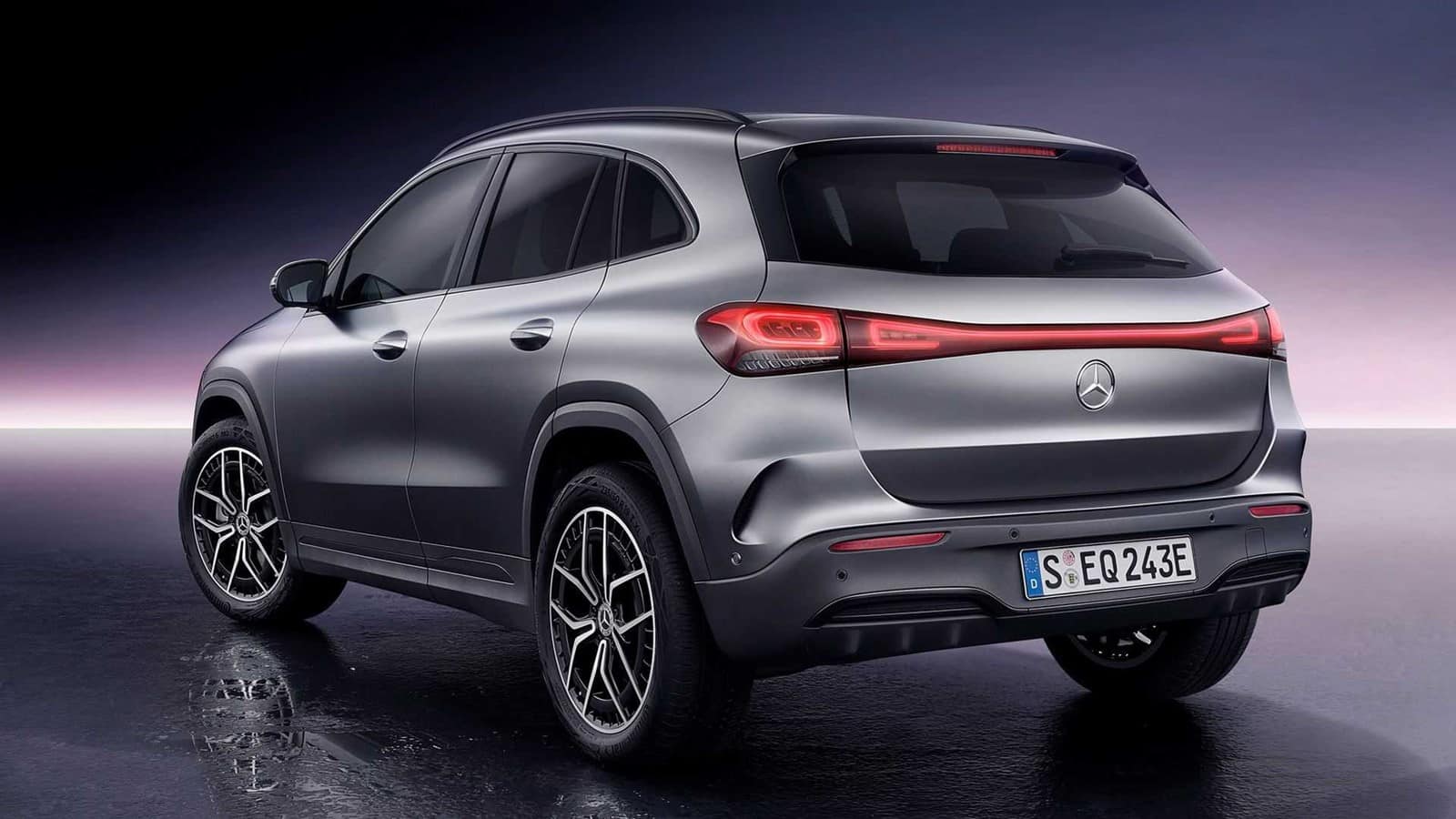 The first model of the EQA that will be released will be EQA 250 that with a power of 140 kW and a range of 426 kilometers WLTP It has a double-deck lithium-ion battery that is integrated as a structural element in the underbody of the vehicle, and has an energy content of 66.5 kWh.

The EQA features the typical Mercedes-EQ Black Panel grille, including the central star. Another distinctive design feature of the Mercedes-EQ electric car world is the light bands at the front and rear. A horizontal fiber optic cable connects the daytime running lights of the two LED headlights and allows the vehicle to be identified at first glance, at night and during the day. The LED taillights extend seamlessly into the light band, which narrows to the sides. This feature accentuates the width of the EQA at the rear. 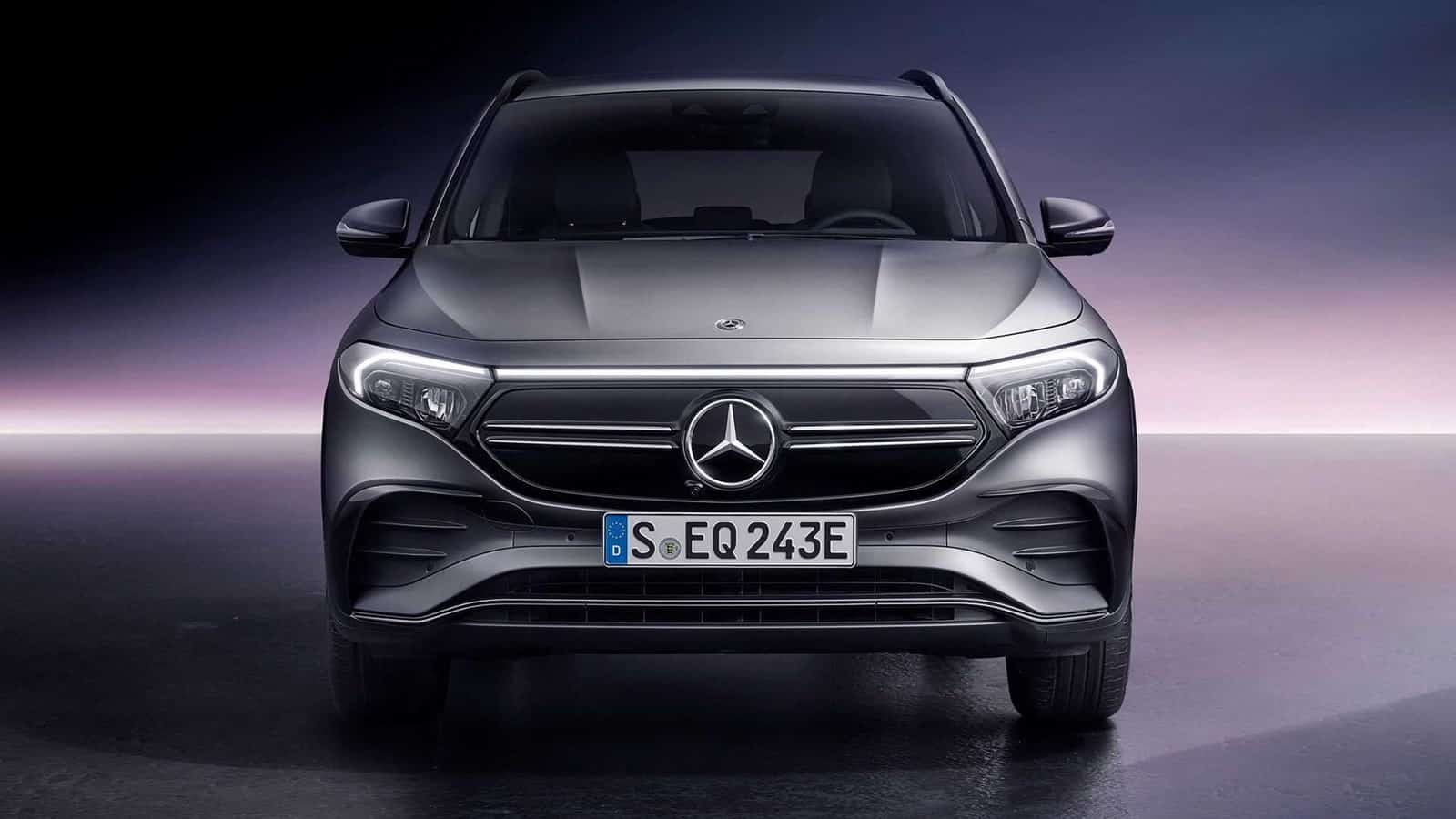 Numerous components inside the EQA accentuate the electric character of the vehicle. Depending on the equipment line, it is either an innovative backlit trim element or rose gold-colored accents on the vents, seats and the vehicle key. The special model Edition 1 It also has seats upholstered in leather, with a perforation that shows a second layer of blue fabric. Instruments with specific displays for electric propulsion assume this same color concept with elements in blue and rose gold. 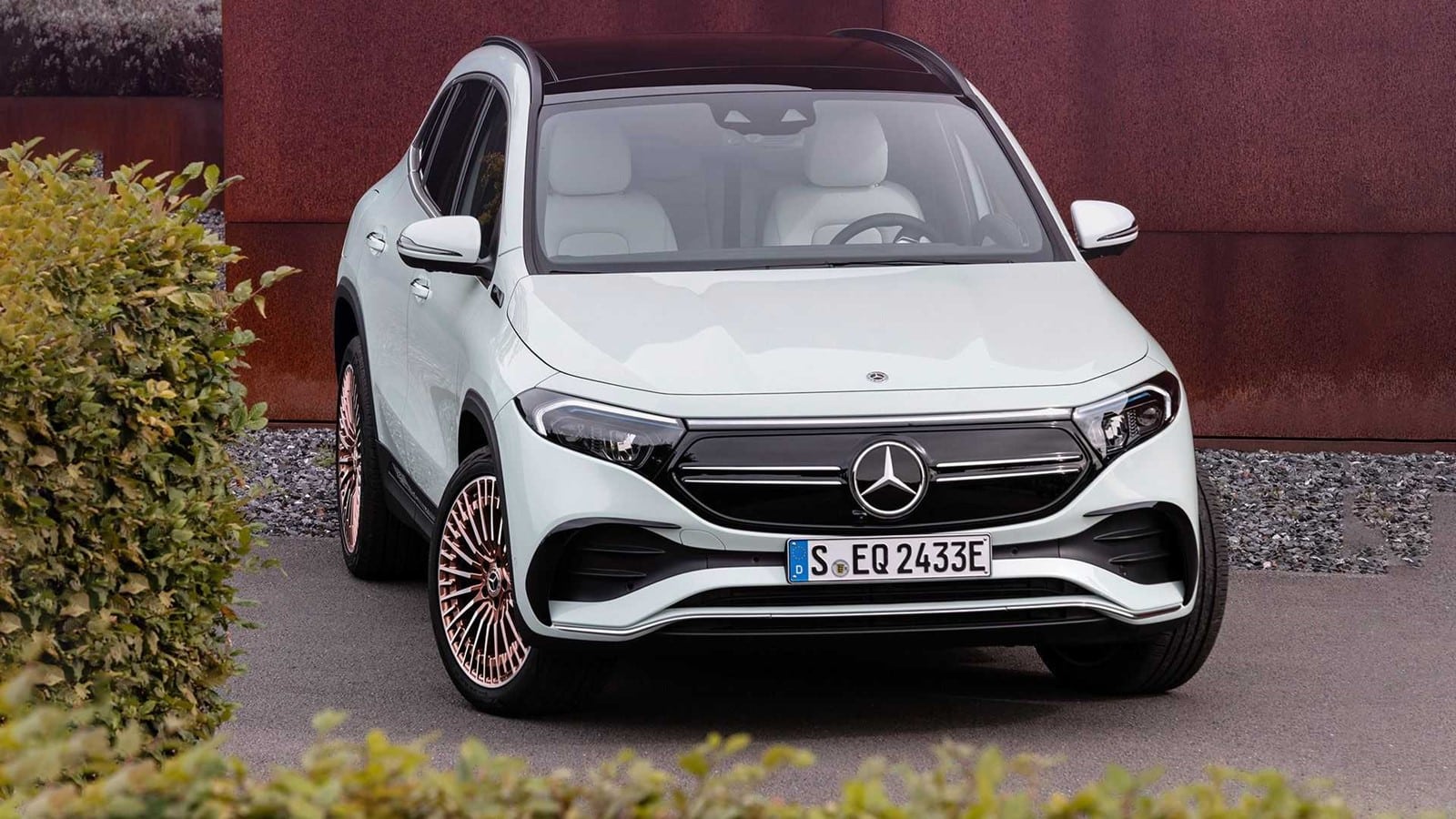 As befits an SUV, the position on the seat is high and upright. This is especially comfortable when getting in and out of the vehicle and improves omnidirectional vision.

The external dimensions of the EQA (in mm):

The EQA presents a coefficient of aerodynamic drag cx from 0.28. The front surface A amounts to 2.47 m2. The most important aerodynamic measures include the cooling air regulation system, with a completely closed grille in the upper section, the aerodynamic design of the front apron and the rear apron, the particularly smooth underbody of the vehicle, almost completely closed, rims optimized aerodynamics and spoilers harmonized with these components in front of the front and rear wheels. 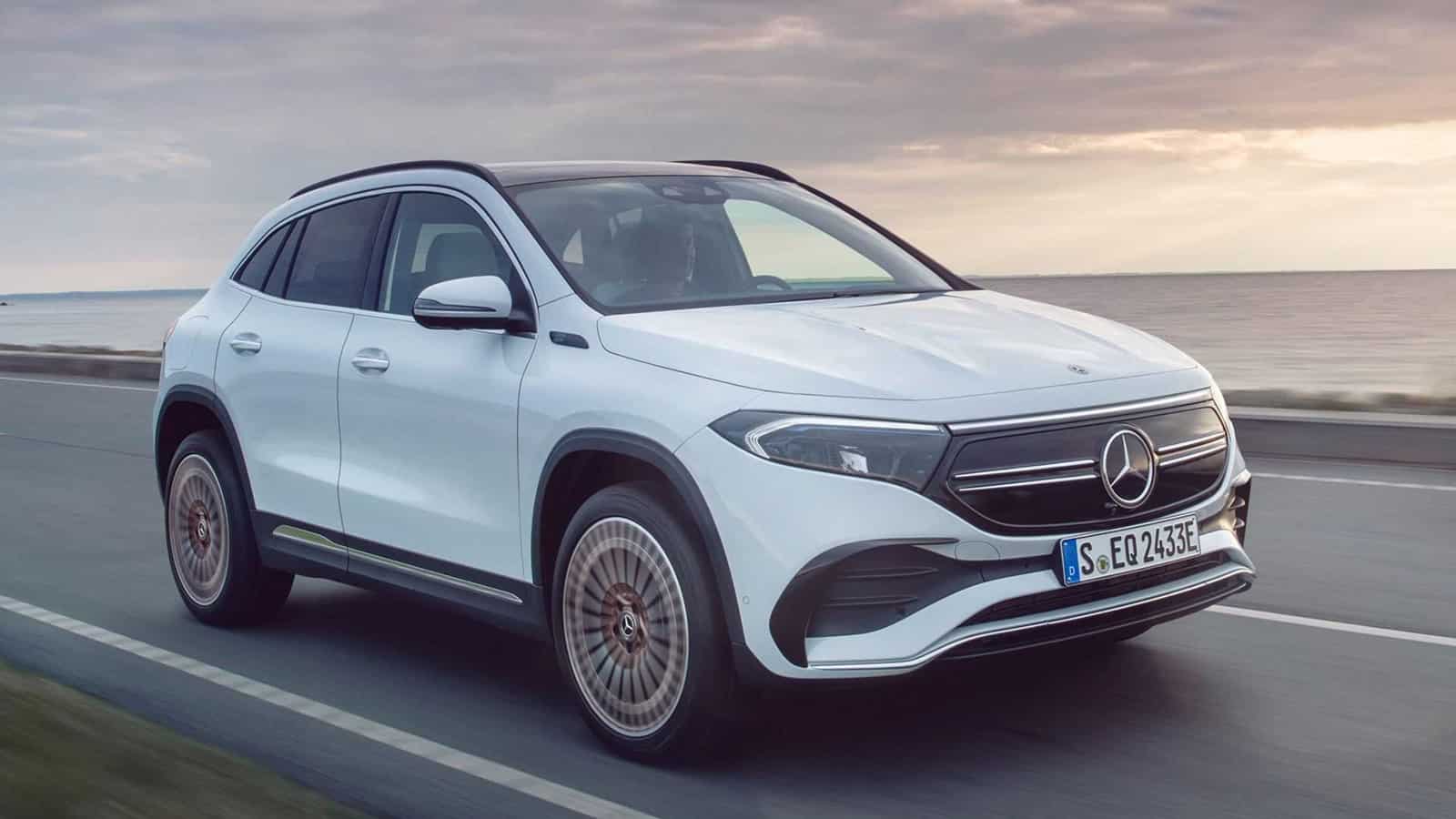 The standard built-in heat pump is part of the sophisticated thermal management system. Numerous innovative details, such as the use of residual heat from electric propulsion, increase the efficiency of the system and therefore allow greater autonomy. In addition, the EQA does it is possible to pre-air the passenger compartment before starting the engine. This function is operated directly via the MBUX infotainment system or via the Mercedes me App. 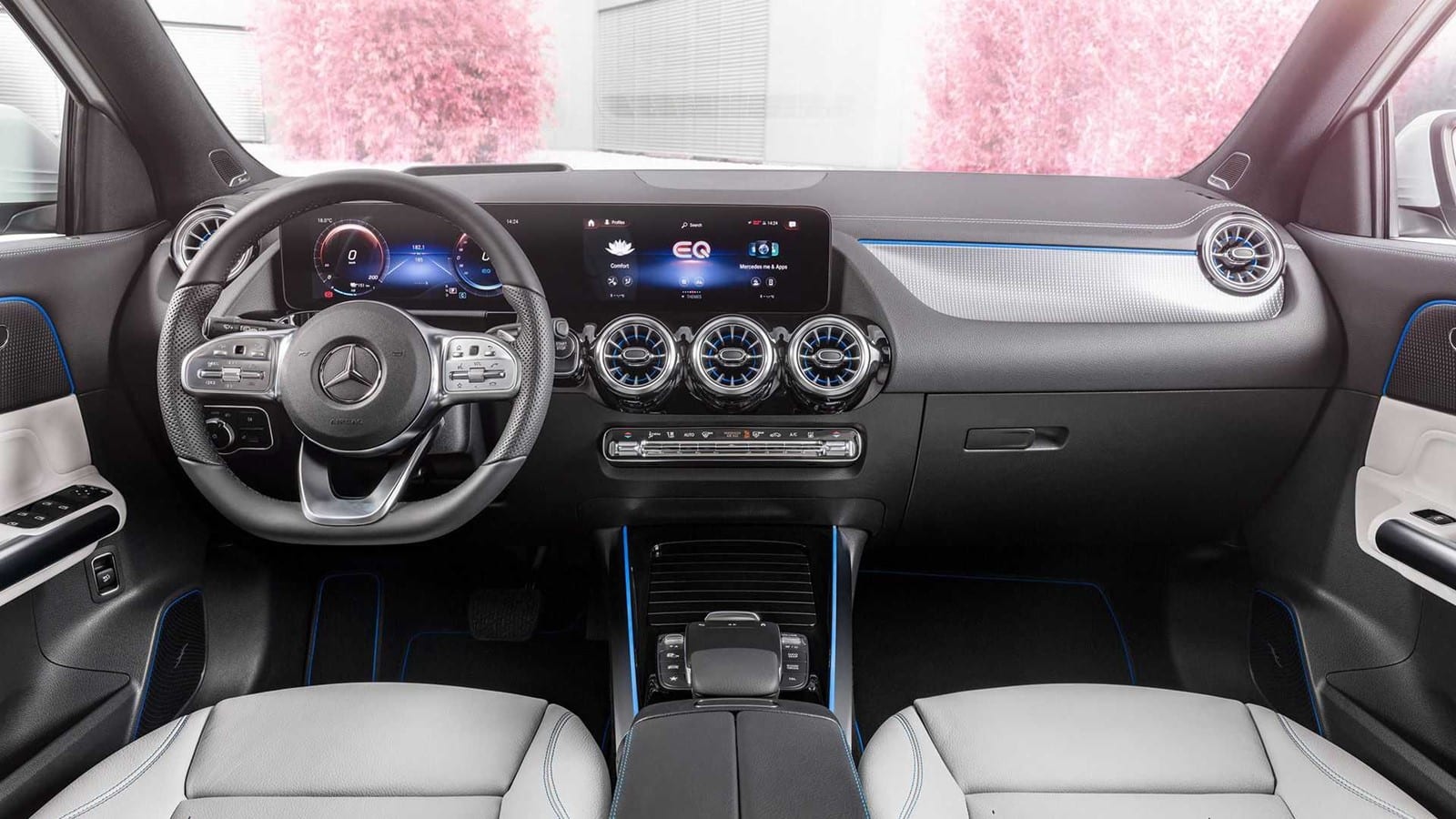 One of the equipment that facilitates the management of the EQA in daily trips is the navigation equipment with built-in Electric Intelligence as standard. This system calculates the fastest route to reach the destination. The team takes into account both the stops needed to recharge – based on permanent simulations of autonomy – as well as many other factors, including topography and weather conditions. The system can react dynamically to changes, for example in traffic conditions or personal driving style.

He standard equipment It includes Active Lane Keeping Assist and Active Brake Assist. The latter is responsible in many situations for initiating autonomous braking to avoid a collision or, at least, to mitigate its severity. Some of the extended functions of the Driving Assistance Package are, for example, the turn function, the emergency corridor function, the warning function when leaving the vehicle if cyclists or other vehicles are approaching, and a preventive warning if you are recognize people in the environment of a crosswalk.

The EQA is a genuine Mercedes, also in the field of passive safety. Based on the robust gross structure of the GLA, engineers have adapted the EQA bodywork to meet the specific demands of an electric vehicle. 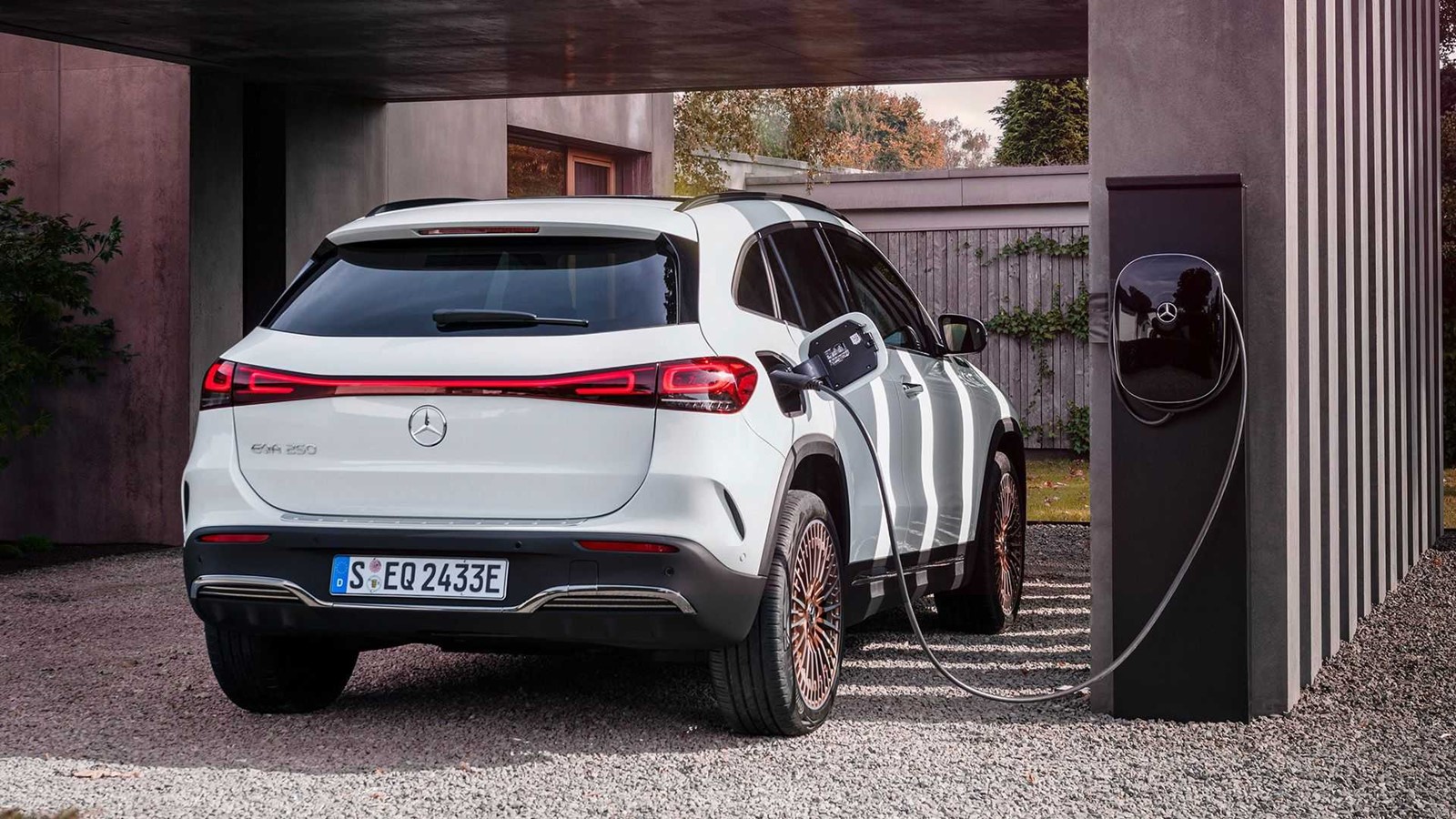 The EQA has a generous equipment, even in its basic version, and is based on the Progressive line of the GLA. It is possible to customize the new model by choosing one of the Electric Art or AMG Line equipment lines, as well as the Night package. During the first year after market launch, the exclusive special model will be available Edition 1, equipped among others with seats upholstered in leather with Cyber-Cut technology, with perforations that reveal the blue interior lining. 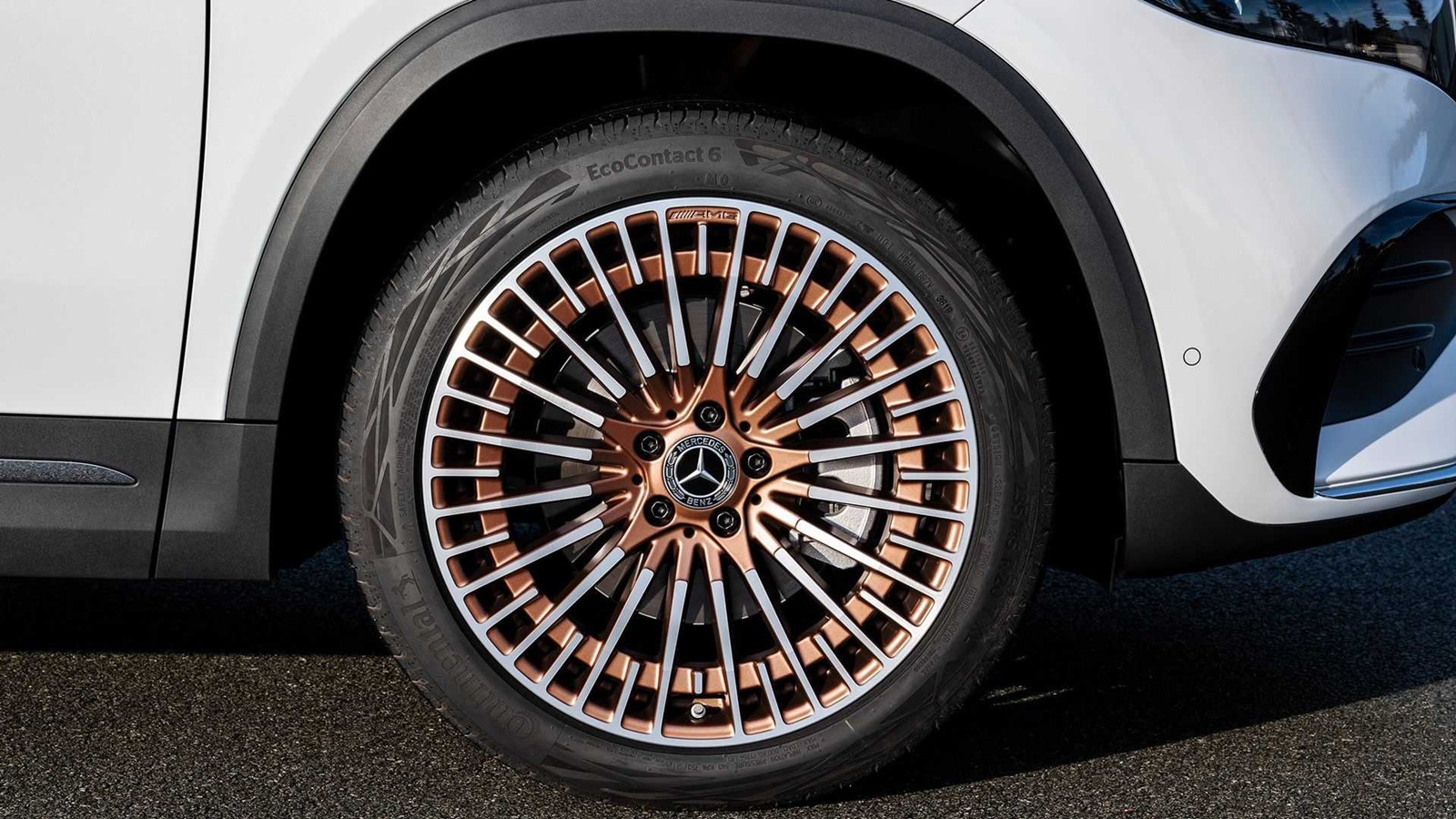 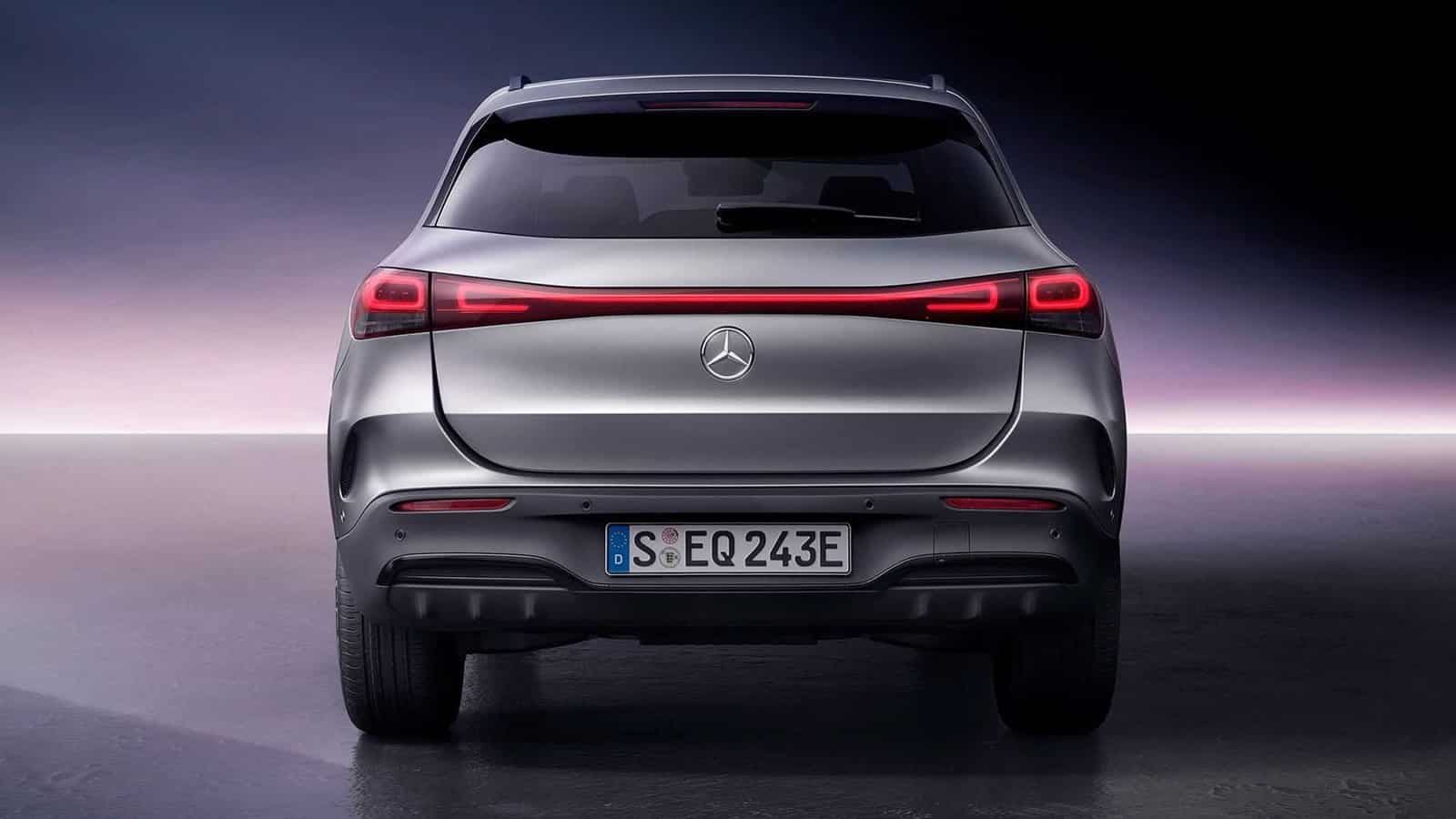 Those who want to customize the EQA can turn to the two equipment lines Electric Art and AMG Line.

The Edition 1 It will be available for one year from the EQA introduction date. The exterior attributes of this special model include the AMG-specific Black Panel grille, AMG front and rear bumper trim, chrome beltline slat and 20-inch AMG wheels in multi-spoke design. A highlight of the interior is the Neva gray leather seats, with Cyber-Cut perforation to reveal the blue interior trim. Also blue are the decorative stitching on the door trim and armrest, as well as the interior deflector ring of the air vents. The spiral-effect trim element is backlit. Special floor mats with Edition 1 lettering and blue piping complete the dramatic interior design. 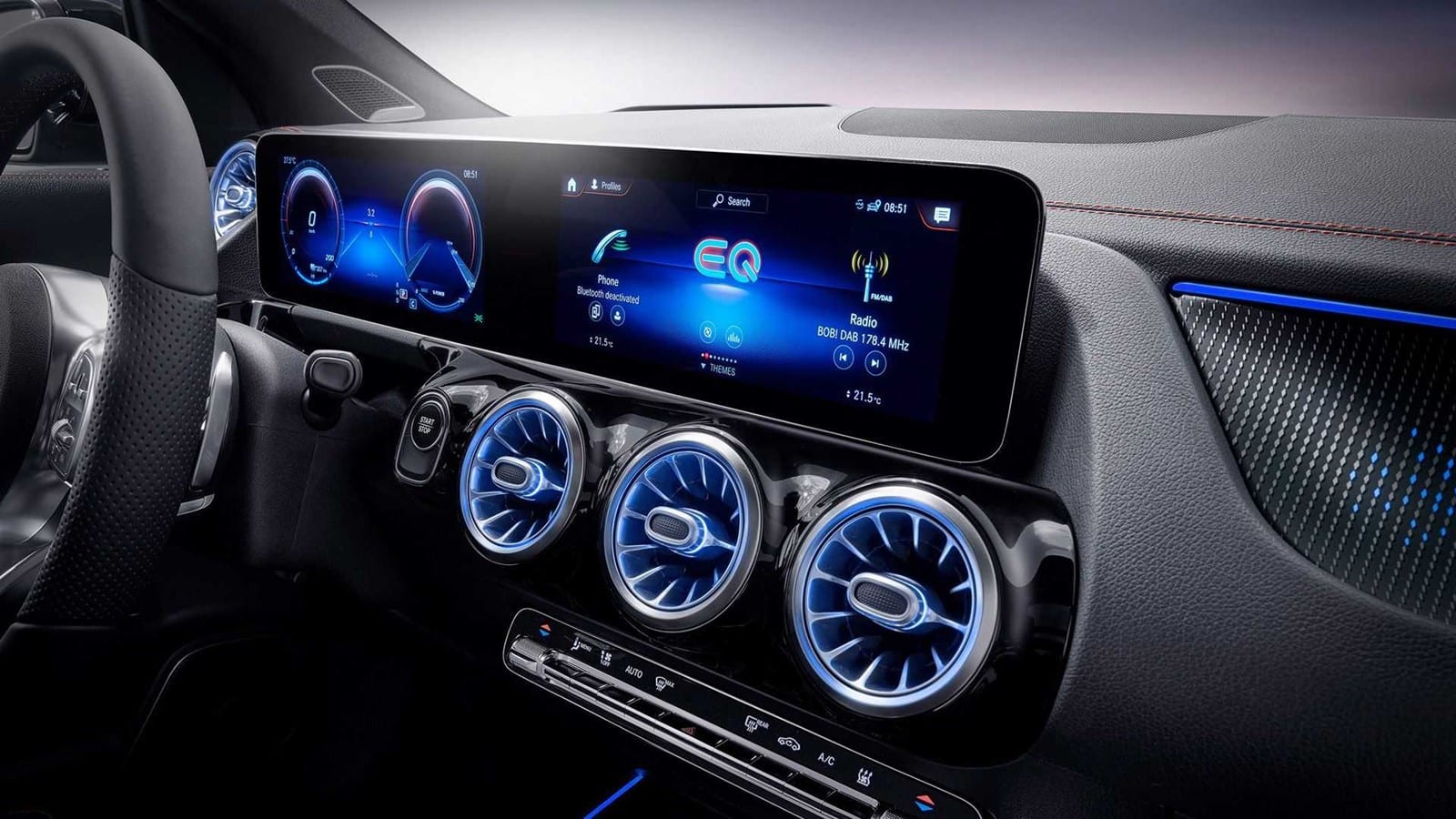 Among the optional equipment offered for the EQA a trailer hitch including ESP® with trailer stabilization function. The maximum towable mass (unbraked / braked) of the EQA 250 amounts to 750 kilograms, the supporting load 80 kilograms.

As I have mentioned, the first EQA model to hit the market is the EQA 250 with a power of 140 kW and a range of 426 kilometers WLTP. Other variants will follow later to meet specific customer expectations. It will be, on the one hand, models with all-wheel drive and an additional electric powertrain (eATS) and, on the other, a version with a range of more than 500 kilometers (WLTP).