Not surprisingly given the many rumors on this subject, Apple has just announced a new conference for March 8. Regulars of the brand await several large-scale presentations, including probably that of theiPad Air fifth generation or even a MacBook Air powered by a faster processor.

To promote the event, Cupertino offered itself a hashflag (hashtag pictured) on Twitter. To use it, just add #AppleEvent to your post. The result is then the following, with a colored Apple logo to be found via the social network: 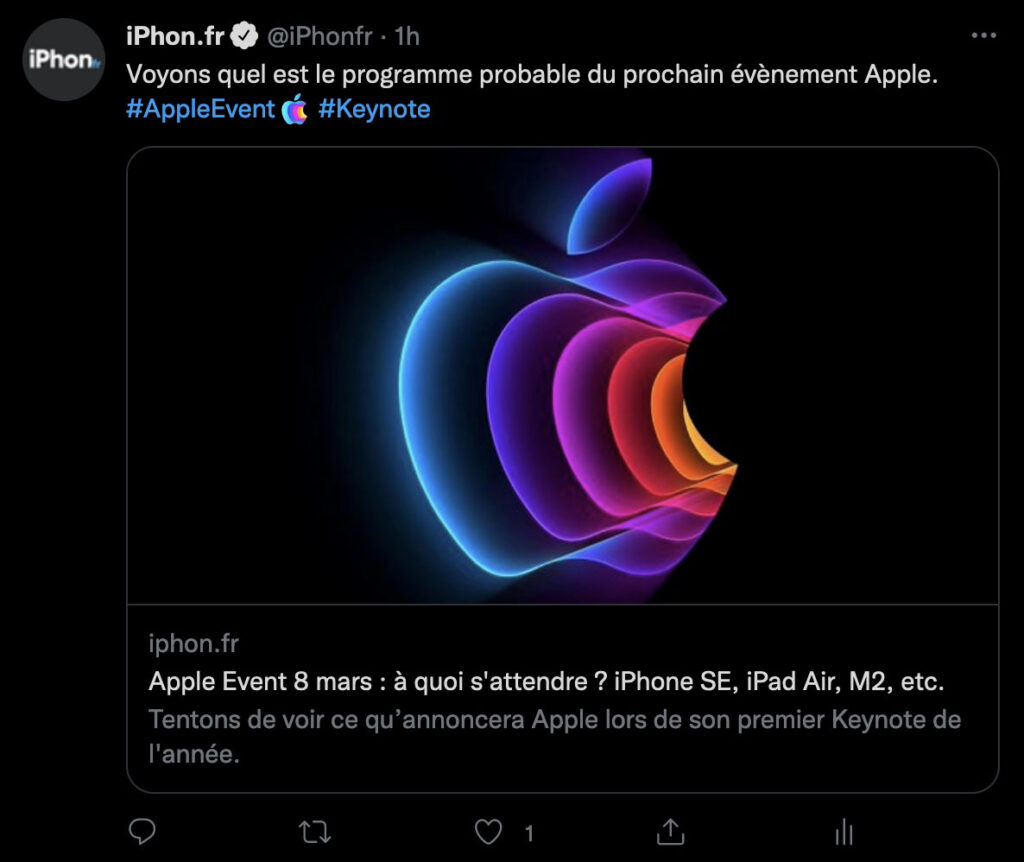 An easter egg on the menu

Like the previous keynote, Apple also posted an animation online augmented reality to discover from an iPhone or iPad. To view it on your mobile device, just go to this page. Please note, this does not work on a computer since the back camera is used. Also impossible to be entitled to it on Android.

Beyond theThird-generation iPhone SE, the iPad Air 5 and the probable MacBook Air M2, Apple is also preparing to unveil a MacBook Pro on Tuesday that is cheaper than the two models already on sale today. The Mac mini, desktop computer, would also be in the cards with increased performance.

Finally, it is rumored that the iPhone SE of 2020 may not be abandoned with the launch of its successor. Instead, its price would be lowered.