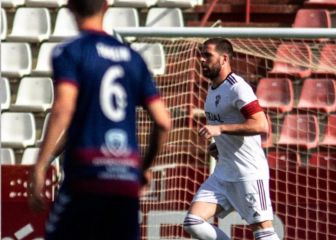 Albacete continues in free fall after losing this Saturday in the Carlos Belmonte 1-3 against him Costa Bravateam already relegated for weeks.

The game started badly for the La Mancha team since in minute 2, Costa Brava went ahead on the scoreboard with a goal from Chaira with a shot from outside the area taking advantage of the passivity of the local defense and beat rosic.

Later, in the 12th minute, the Catalan team enjoyed another chance with a shot from Alex Lopez who was leaving outside the local goal. The Albacete It was very thick in the match, although little by little it began to generate danger as the minutes passed.

At minute 28, Rubén de la Barrera’s team came close to achieving a drawbut the shot Ruben Martinez crashed into the pole. Before the break, Dani González was trying but his shot was saved by Marcos.

After passing through changing rooms, the match changed radically with Manu Fuster and Riki Rodríguez entered the field of play and Albacete was already plugged into the game looking for the equalizer who arrived in the 52nd minute with a goal from Ruben Martinez behind a center Eric Montes.

When the local team pressed harder looking for the winning goal, the 1-2 would arrive in the minute work of Varela after a great collective play. Subsequently, the Catalan team was able to sentence the clash but Dragan Rosic avoided the 1-3 with a miraculous hand again against Varela.

The Albacete He tried with more heart than head for the tying goal, but on the last play of the match, Puig scored the final 1-3 that left Rubén de la Barrera’s team very sunk to face the promotion playoff to Second division.