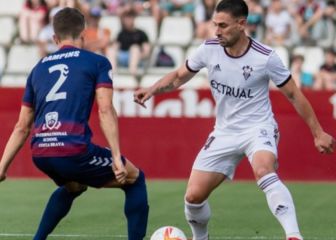 Abel Gómez’s men assaulted the Play Off in the last minute of their last game, against Badajoz. After a season of ups and downs in which they were in and out of noble positions, The Majariego team managed to enter fourth and get out of the playoffs against Celta B.

Without having a clear plan for promotion, the Madrid team has achieved a final streak of four wins in a row that has given him that final rush necessary to enter the top five.

Ace to watch: The striker from Gran Canaria has scored 16 goals this season. In addition, he will have an extra motivation today due to his past at Albacete.