the April 22, it’s Earth Day. This world-class event is there to remind everyone that protecting the environment is a key issue for our society. The date has been celebrated since 1970 and supported by the United Nations, with rallies held around the globe and some cities making their public transport free to raise awareness.

But car traffic is far from being the only cause of global warming: companies, too, have a lot to do with it. Especially the internet giants which, like Apple, store billions of data on particularly energy-intensive servers. To remedy this, the apple brand aims to switch to zero carbon emissions by 2030. An objective carried by Lisa Jackson, in charge of the environmental impact.

Efforts for the planet

According to a new official report signed by Apple and just published, the company would thus have avoided emitting twenty-three million tonnes of greenhouse gases throughout the 2021 fiscal year. A result which translates into a 40% drop if compared to the numbers for 2015, and which would be due in particular to the search for renewable rather than fossil energies to propel the factories of the maker.

In addition to this, the document recalls that recycling is now one of Cupertino’s priorities, allowing it to save on its production costs. We learn there as well asrevalued gold could be used to design the iPhone 13. Released in September, these were also entitled to a box without plastic film: Apple specifies that only 4% of its packaging contains it to date, all products combined. This is 75% less than seven years earlier.

Nature in the spotlight

To celebrate Earth Day, Apple also updated its native mapping app, Maps. Internet users will be able to find twenty-five new travel guides outdoors for USA and Canada created by AllTrails, Lonely Planet and The Nature Conservancy. The Fitness+ sports platform, meanwhile, is seeing an additional episode of Run which will immerse subscribers “surrounded by the beautiful sights and sounds of Yosemite National Park, all accompanied by an uplifting pop and rock playlist“.

Jane Goodallthe famous scientist, was finally invited for a podcast Walk 37 minutes. The series had already hosted the Pince William a little earlier. 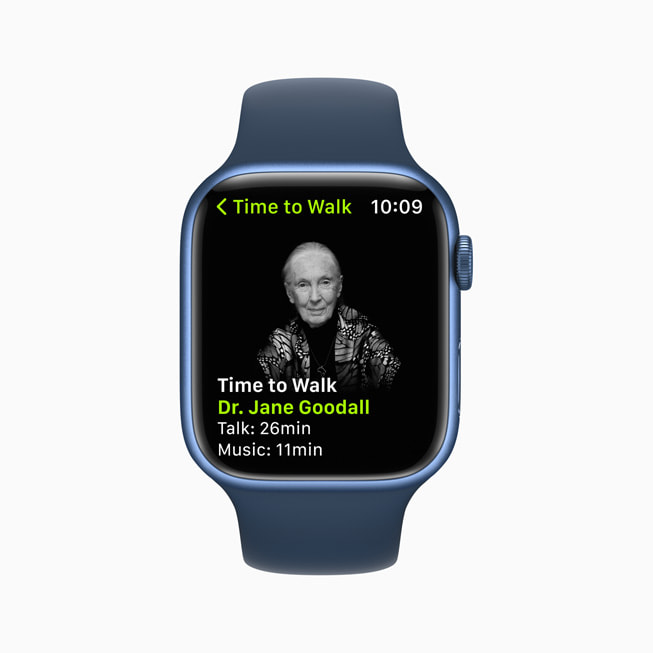