With now several ranges of MacBooks on display, Apple is one of the world’s leading laptop computer sellers. The latest advances in this collection were presented during the WWDC, which made it possible to discover a new operating system but also the M2 processor which arrived on a duo of relatively similar machines.

Some solutions that have been discussed for a while have however been dropped, in particular the possibility for such products to carry a charging pad by induction to power your mobile. However, a patent precisely describing this technology has just been filed by Apple and accepted by the American organization responsible for the intellectual property of companies (the USPTO).

In the document, we can see the diagram of what looks like a MacBook Pro whose aluminum frame that surrounds the keyboard would be able to transfer energy to a mobile. You should know that iPhones are all compatible with the wireless charging today, if we stick to the models still produced and sold in the Apple Store.

It is therefore easy to imagine how the Apple could take advantage of this to further improve the continuity between the different items in its ecosystem, as usual. During the Worldwide Developer Conference, for example, we were able to discover a tool to replace the FaceTime camera of Macs with the triple back sensor of the iPhone 13 Pro.

Better still: still according to the same patent, Apple also offers to make the keys of the Magic Keyboard sensitive like a touch screen, in addition to the scissor mechanism which captures the pressure. In this way, it would then be possible to draw shapes following the lines formed by the letters or simply to write words as with the sliding system of Swipe or Gboard. 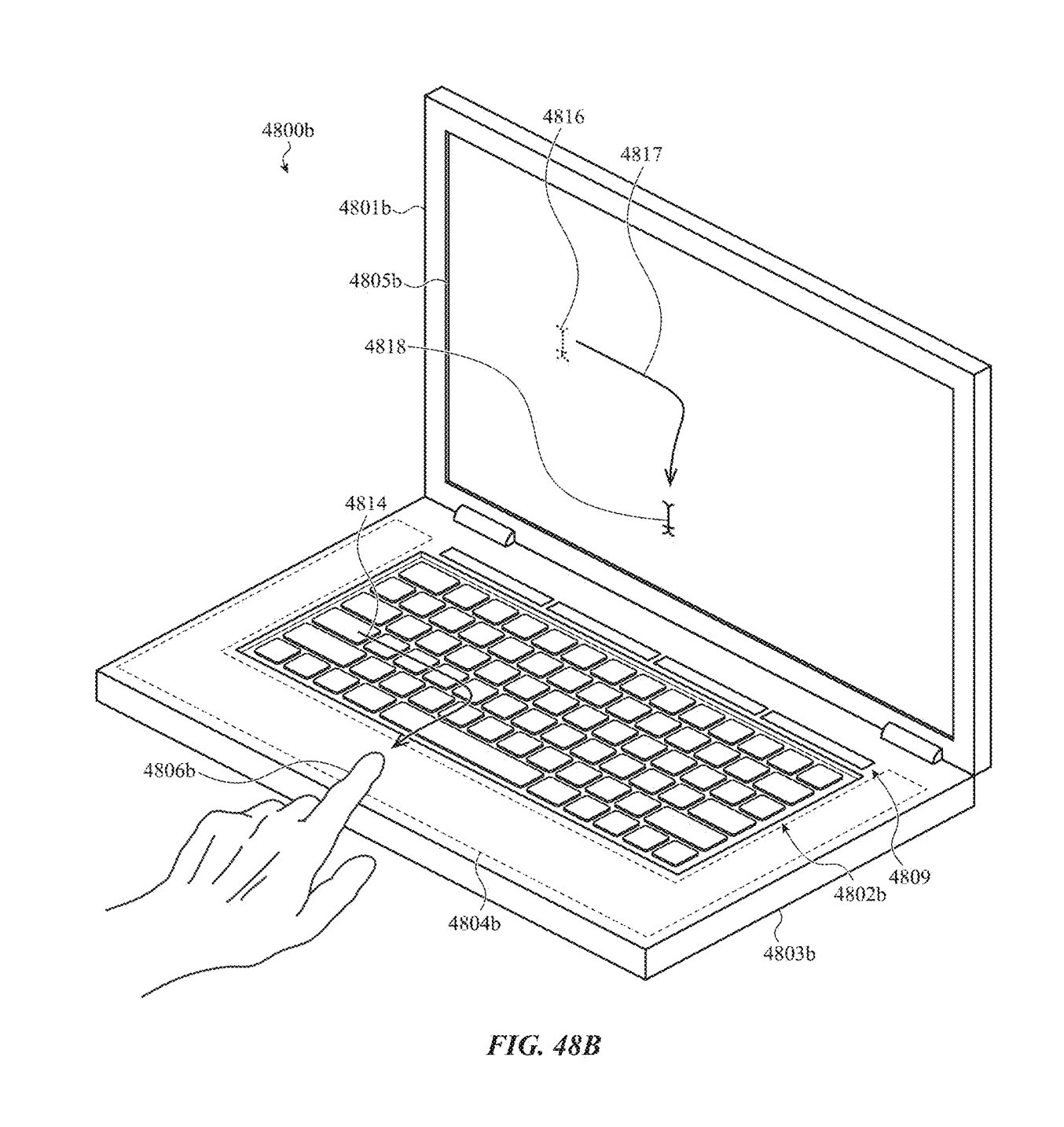 Finally, we were also able to get our hands on another very interesting document in which we discover this time how Cupertino developed a detachable display for Macbooks. A concept that is nothing new, however, since many PCs are already entitled to this advantage in order to turn into a tablet. But the Macs, they still do not have a touch screen if we exclude the Touch Bar.