A new patent filed by Apple in the United States shows what an iPhone could look like with an even better screen-to-size ratio than today. The idea would indeed be to offer an all-glass body, the touch display then protruding on the sides of the phone. Samsung, with its Edge range or some Galaxy Note, already offers similar panels with features offset on the edge.

Unfortunately, even today, this type of technology remains very “gadget”. Indeed, its long-term use is compromised by a real ergonomic incident. This occurs when the phone is picked up with one hand and the hand therefore inadvertently comes into contact with certain controls. Cupertino goes even further, and also offers to surround its prototype with a back screen. 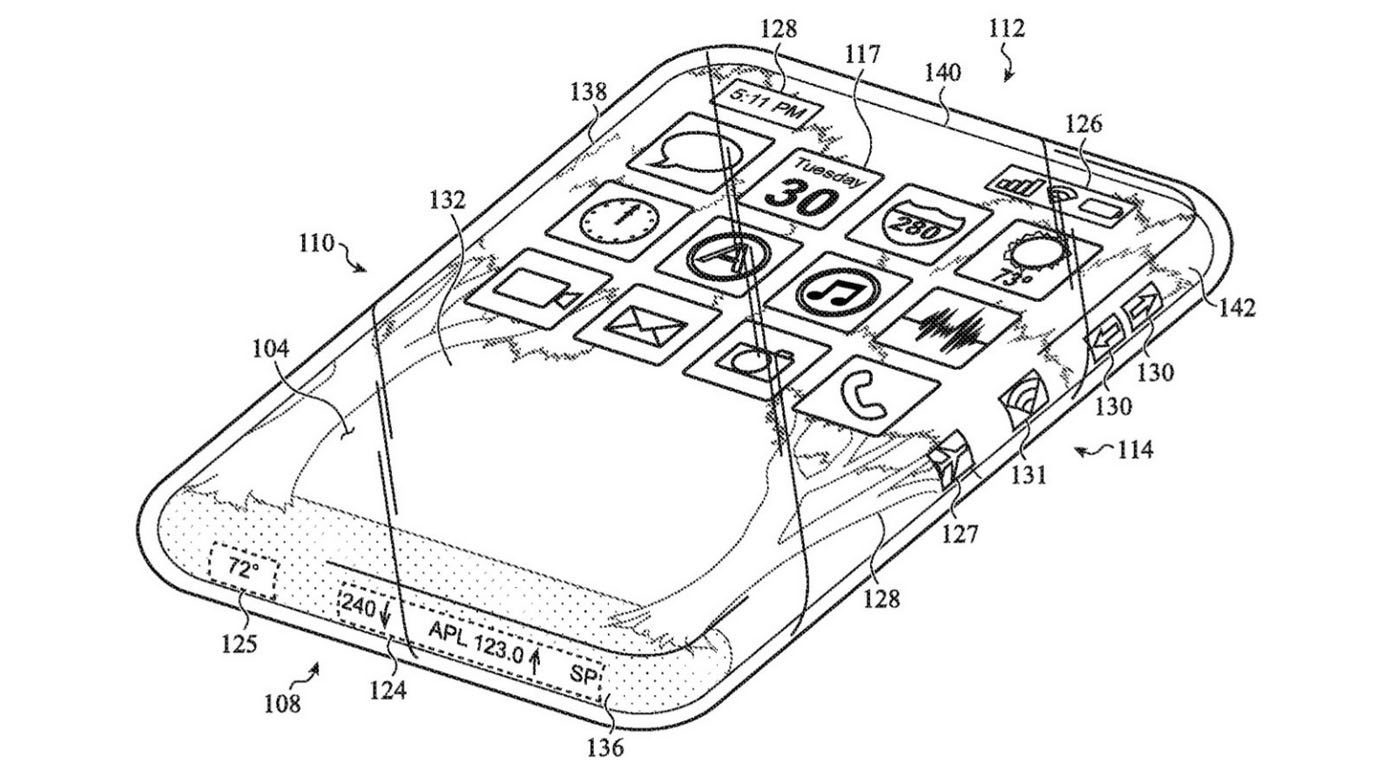 A solution in the boxes?

Other images in the document, however, show that Apple appears to be aware of some similar issues. As you can see below, the firm thus proposes to develop the surface occupied by the operating system according to the visual area of ​​the user and the direction of the smartphone. Better still, the image would be able to move in real time so as not to lose a crumb of content, for example by switching from portrait mode to landscape mode in video playback. 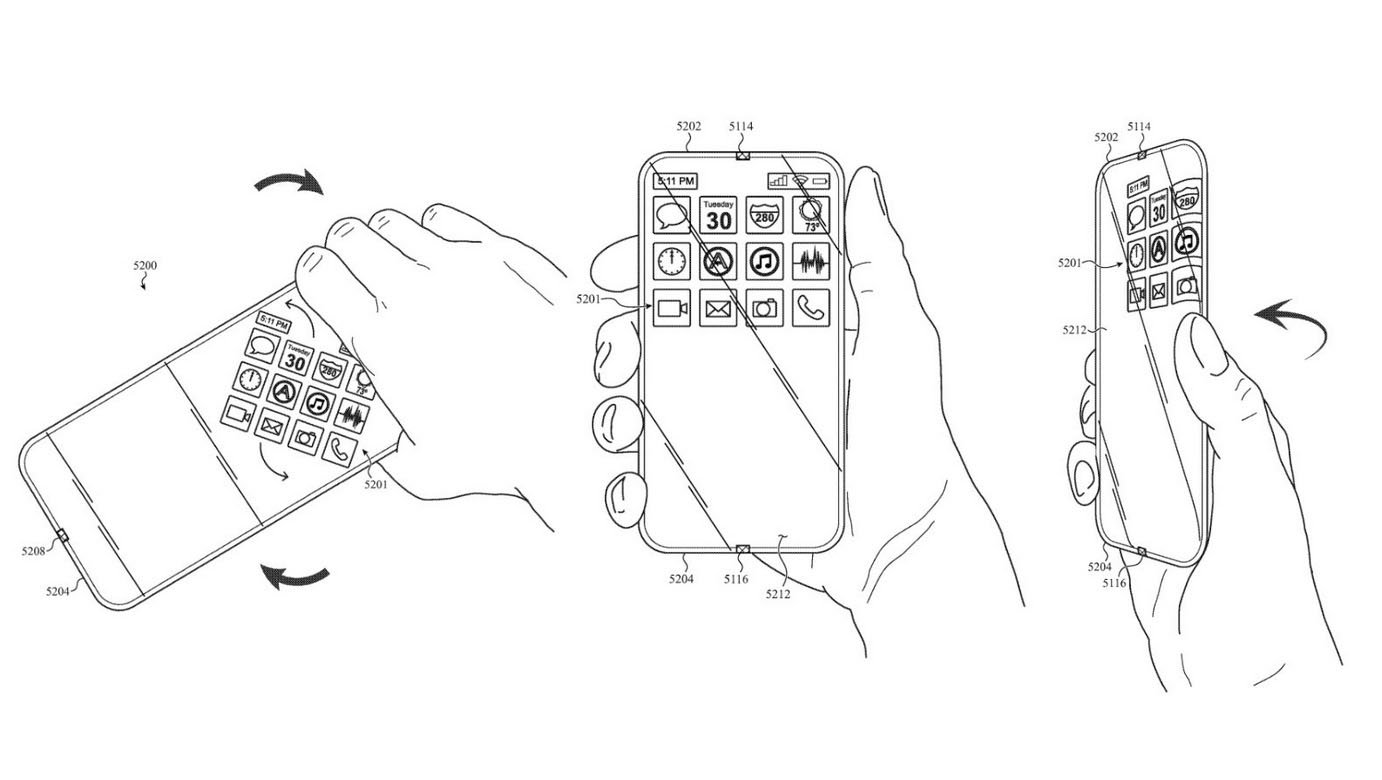 For Macs and watches too!

Additional diagrams this time show what looks like a real Mac Pro, in two forms: cylindrical or tower. Again, Apple offers to affix a glass slab all around. We could then imagine that various commands such as the ignition button, a diode alerting the power to the device or even wireless charging will be installed directly on the shell.

As for the Apple Watch, the same thing: although we still recognize the equivalent of a Digital Crown present on the Series 7, the design is also edge to edge. Other hypotheses put forward also evoke the case of a notch, which could in this case rather take the form of a punch. 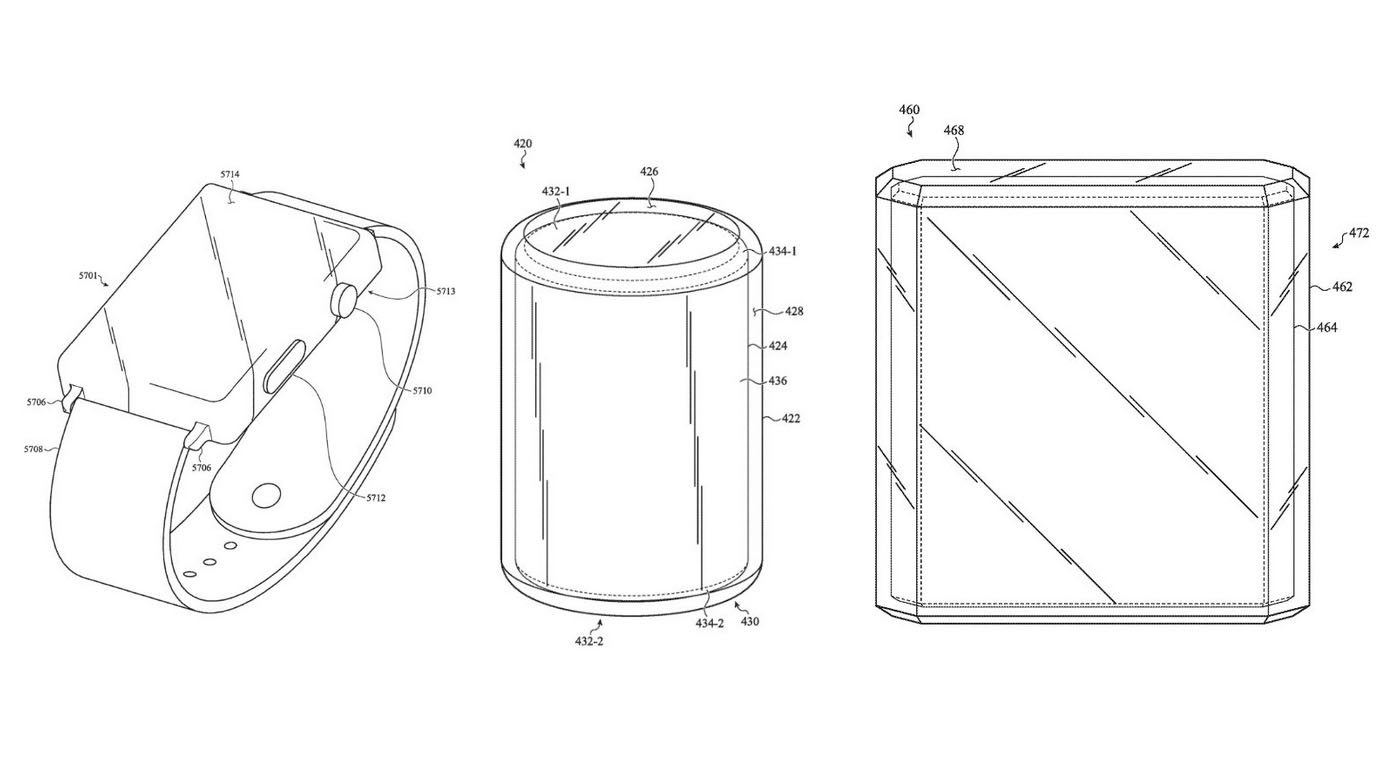 Of course, this is only a patent, and it is good to remember that there is no evidence that this has already been declined in viable material or suitable for sale on the market. We may never see the color, depending on what Apple decides.