Since its separation from iOS, iPadOS has become, each year a little more, an operating system in its own right. Many features are exclusive to it, including the Split View, but also the Quick Notes function. The latter, which appeared in the latest version of iPadOS, iPadOS 15, allows you to create a new note in a floating window linked to the Apple Notes application. 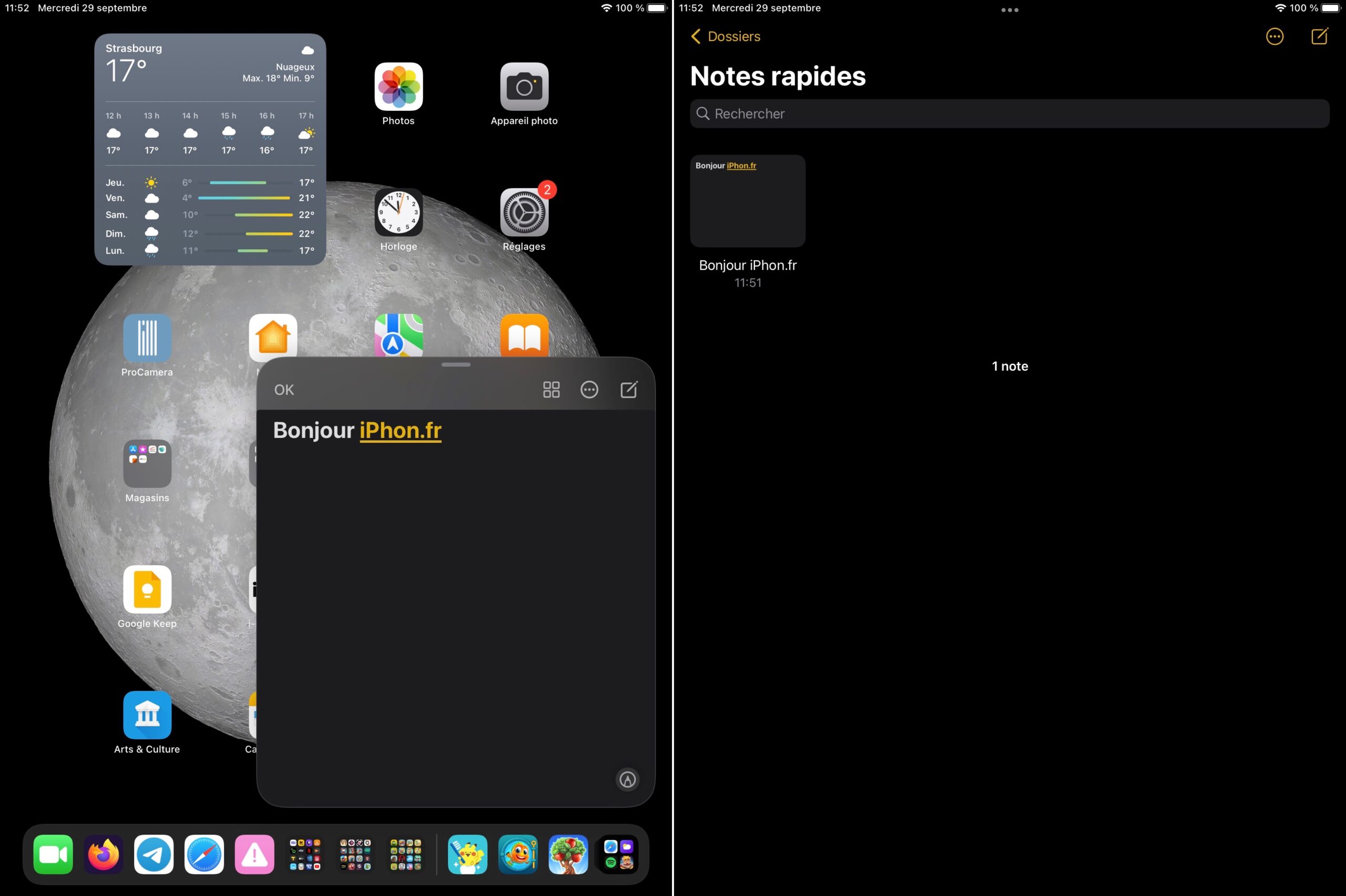 It could be the cornerstone of an all-new iPad app window management system, according to a new rumor.

Indeed, Majin Bu on Twitter revealed a project underway in the Cupertino laboratories, which would study the possibility of having application windows on the screen, in the manner of what the Finder allows on macOS.

Apple is developing a smart system for iPadOS. Apps will continue to open full screen but automatically shrink when connected to keyboard and trackpad. Internally it is called Apple Mixer. We don’t know if it will be included in iPadOS 16 or not, It should be M1 iPad exclusive. pic.twitter.com/1WfMj5TGue

The feature would be exclusive to iPadOS and active only when a keyboard with trackpad is connected to the tablet.

This project of flying app windows on iPad, named in internet “AppleMixer”, would obviously be of great interest to all users who work daily on a headed tablet. And there are more and more.

It is true that over the years, with the support of the keyboard, the mouse, or even thanks to the different modes for multitasking, including Split View, the iPad has become a very valid productivity tool in certain areas. .

It is therefore difficult to fully understand Apple’s vision on this subject. Does the Californian firm want to bring iPad and Mac closer together? Are we heading towards a merger of iPadOS and macOS to have a unified system for tablets and computers? Or in reverse, will Apple continue to separate iPadOS and macOS, although the rapprochement seems more and more obvious?

What do you think ? Give us your opinion in comments!