Yesterday, Apple released its financial results for the last quarter of January, February and March 2022. This is the second quarter of fiscal year 2021-2022 corresponding to the first quarter of calendar year 2022.

As if it were a habit for the Californian firm for each announcement of its financial results, new records have been set. Let’s see the detail.

Profits and revenues all categories combined

Over the period of interest, Apple earned revenues amounting to $97.3 billion. This is not the highest quarter in its history. But the year being cyclical in this matter, this is the best result for a second quarter. The first quarter of the fiscal year is generally the most lucrative (October, November, December). From one year to the next, let us note a 9% increase. 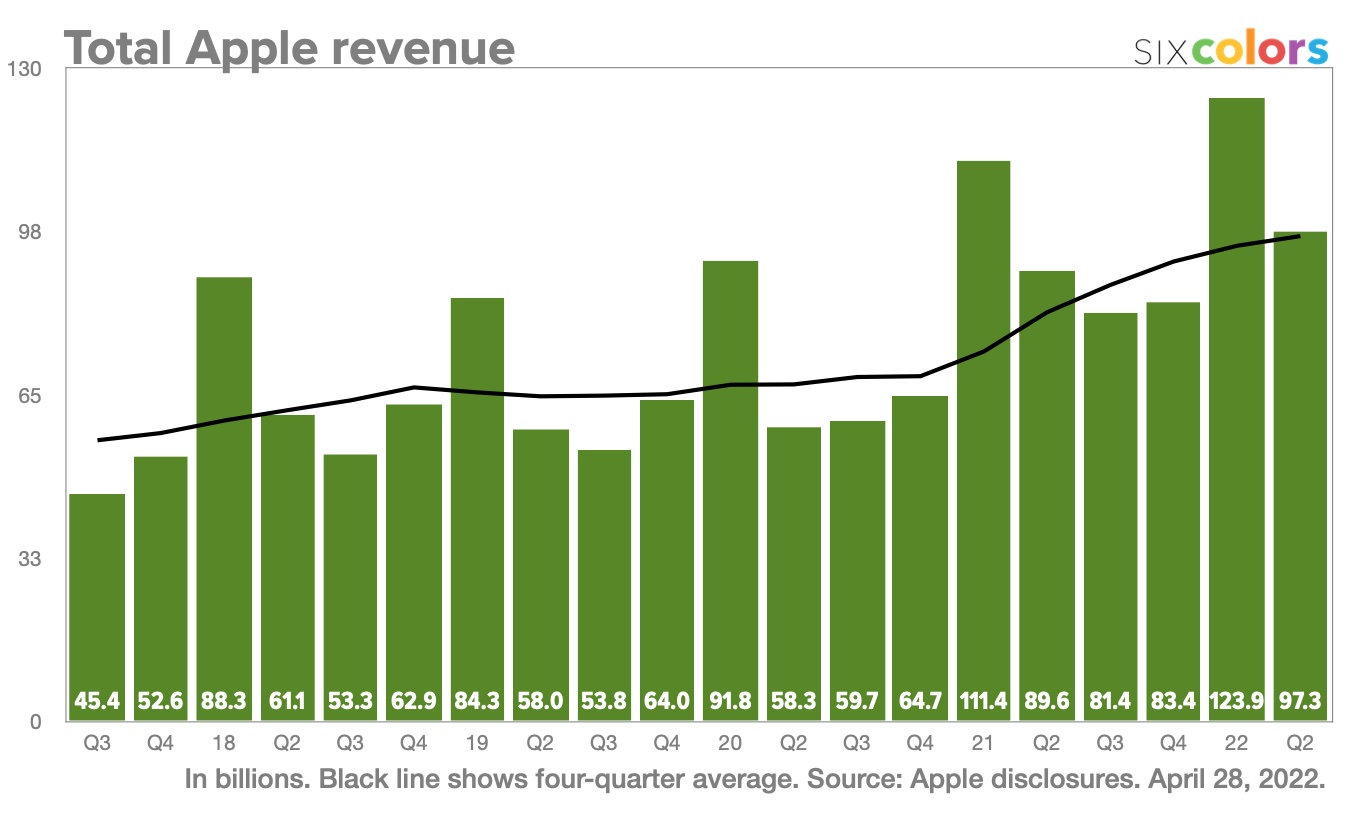 With regard to profits, it is the same observation: the company headed by Tim Cook sets a record, for a second quarter, to the tune of 25 billion dollars in profits. 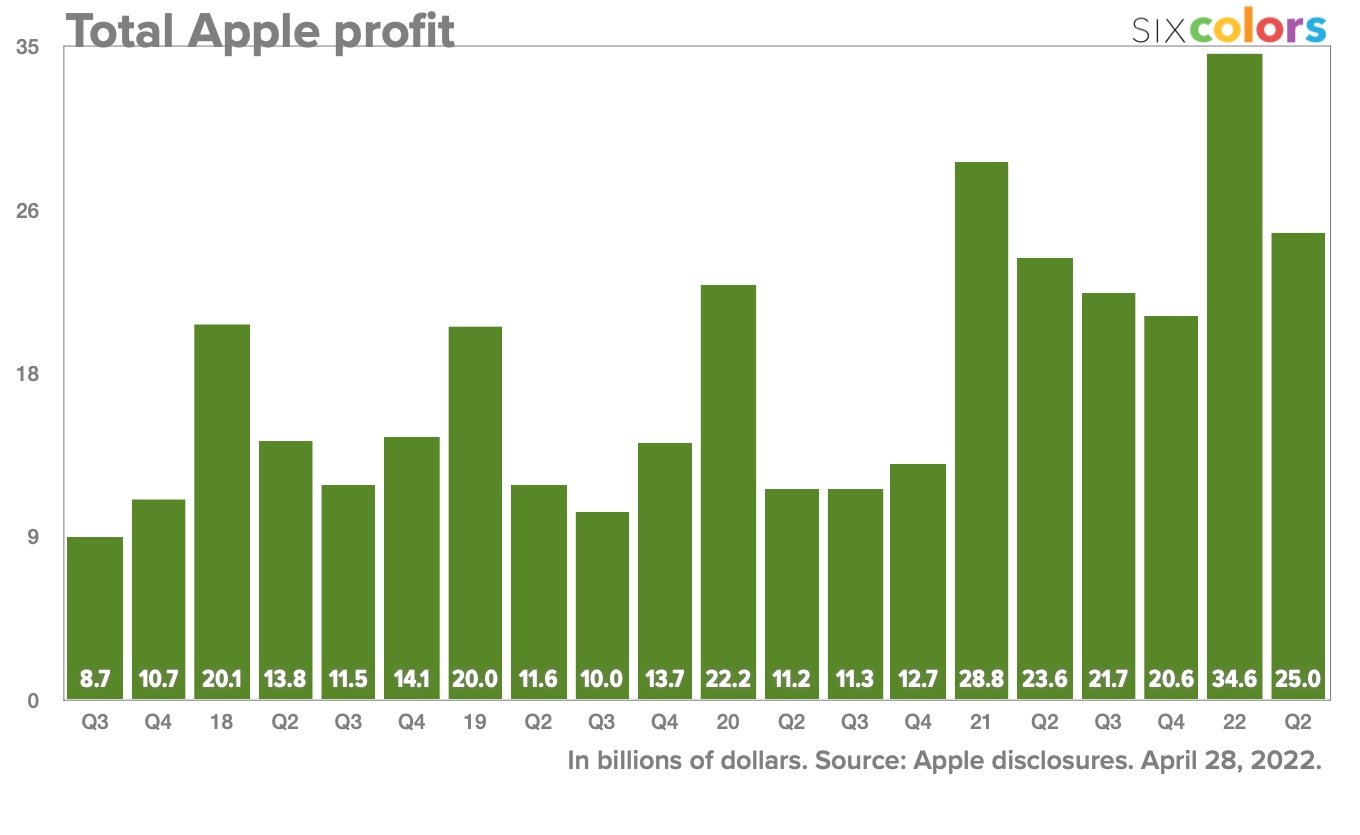 The iPhone, still as lucrative

iPhone sales generate 52% of these 97.3 billion revenues, precisely $50.6 billion. This is also a new record for the Californian firm, in a second quarter. Last year, the iPhone generated $47.9 billion at the same time. The increase from year to year is therefore around 5%. 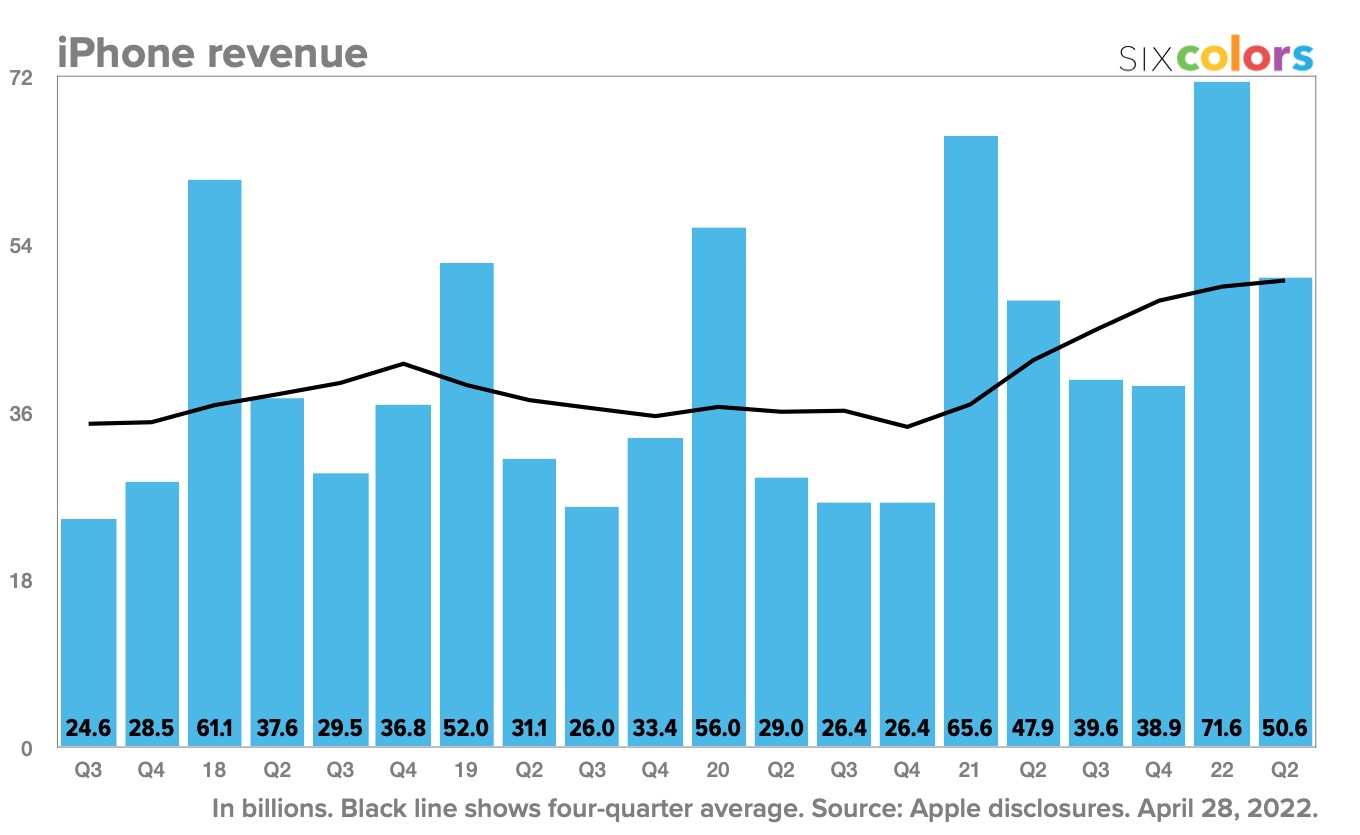 Services are mounted at 20% of total revenue. They allowed Apple to recover no less than $19.8 billion in revenue over the period. This is the best score ever recorded by Apple for this product category. It is also 17% more than what the quarter of 2021 had generated.

See also  Apple would prepare a new computer. And he would be mighty

For the accessories, home and other category (including Apple Watch, HomePod and AirPods in particular), revenues were stable at $8.8 billion. 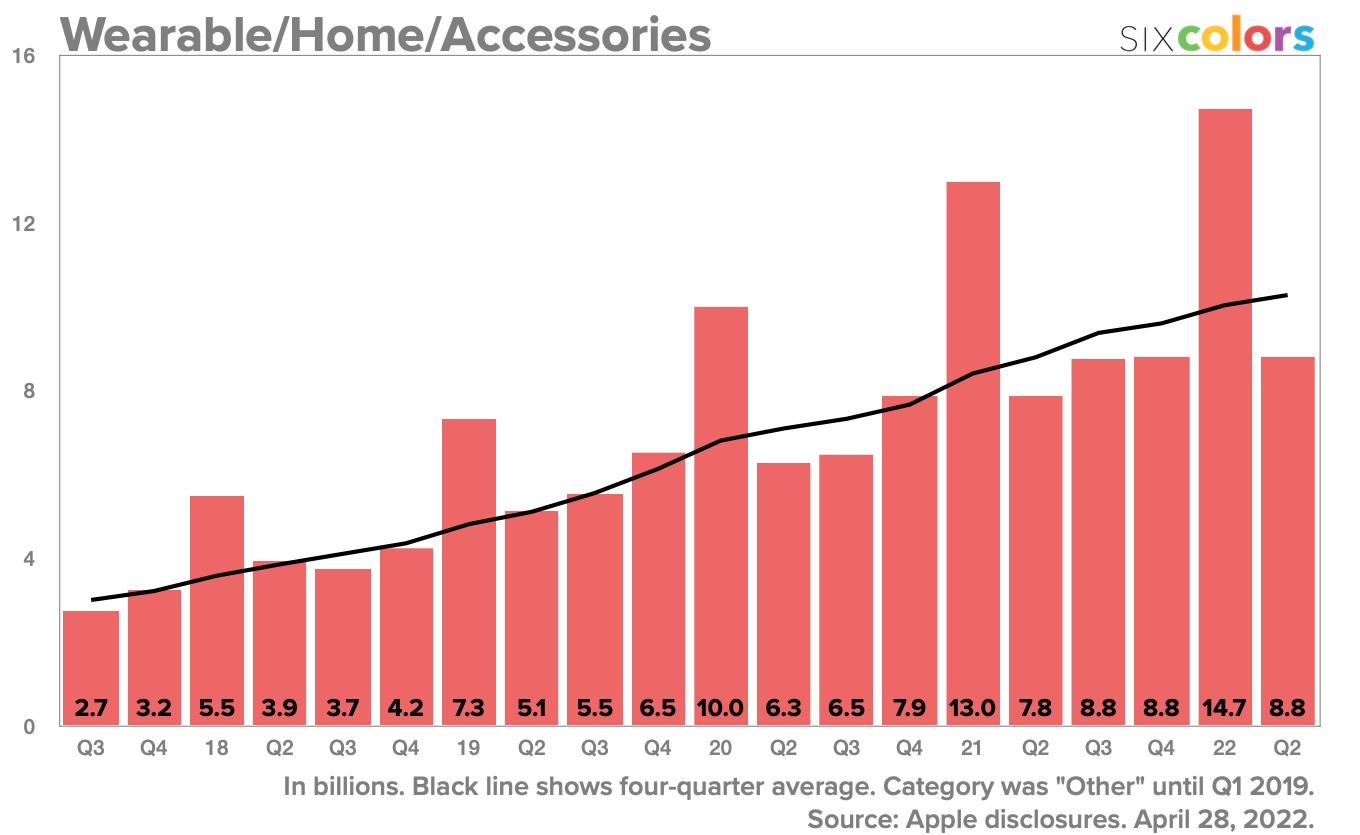 For the second quarter of the year 2022, it is necessary to count 7.6 billion dollars of income recorded by Apple with its iPads, a little less well than the 7.8 billion of the same quarter of 2021. The evolution seems there too stabilized since last year, after a very (too?) good year 2021. 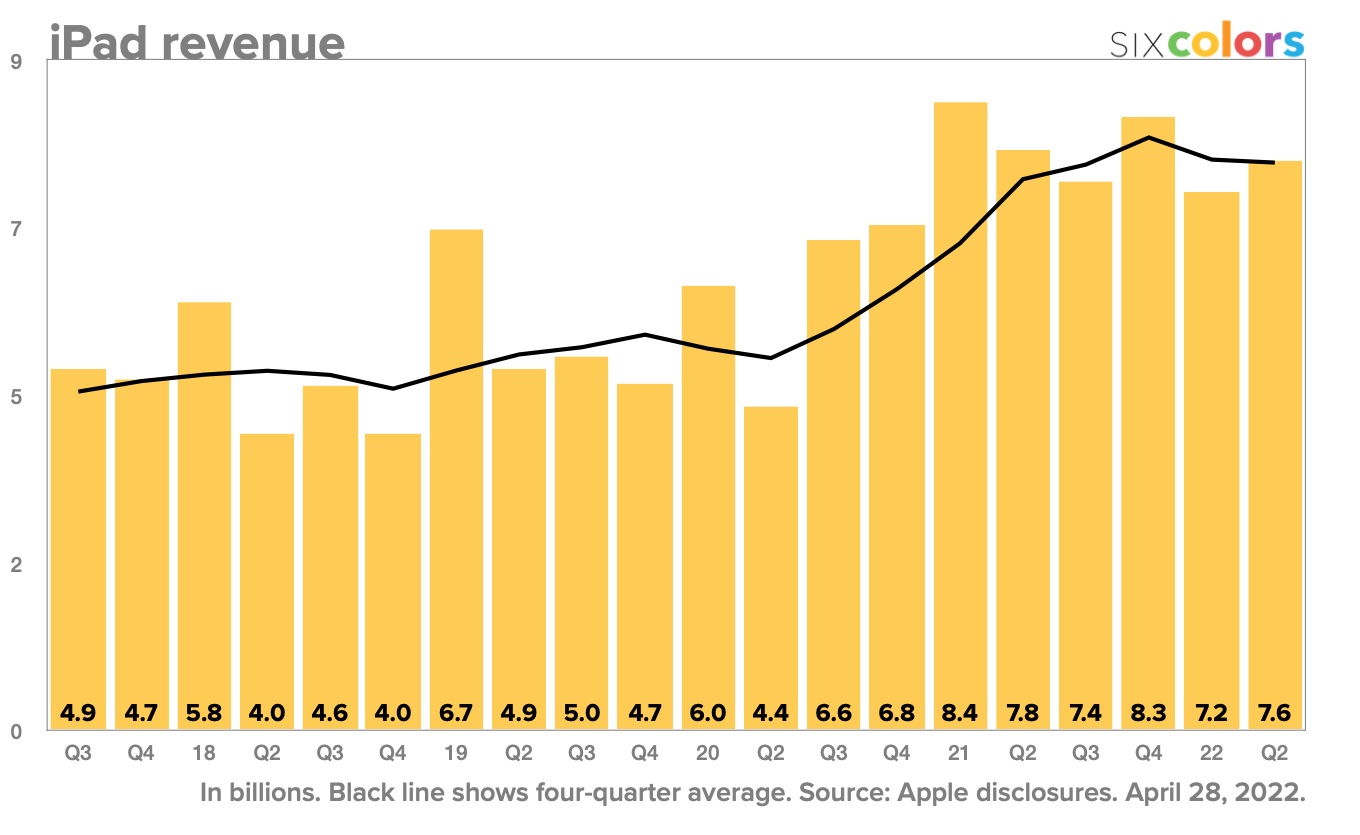 Macs are on the rise

For Macs, since the arrival of Apple silicon processors at the end of 2020, the progression in terms of income has been excellent. Over the quarter of interest, the Californian firm garnered $10.4 billion revenue with its computers, not far from the historical record of the firm reached the previous quarter (10.9 billion dollars. 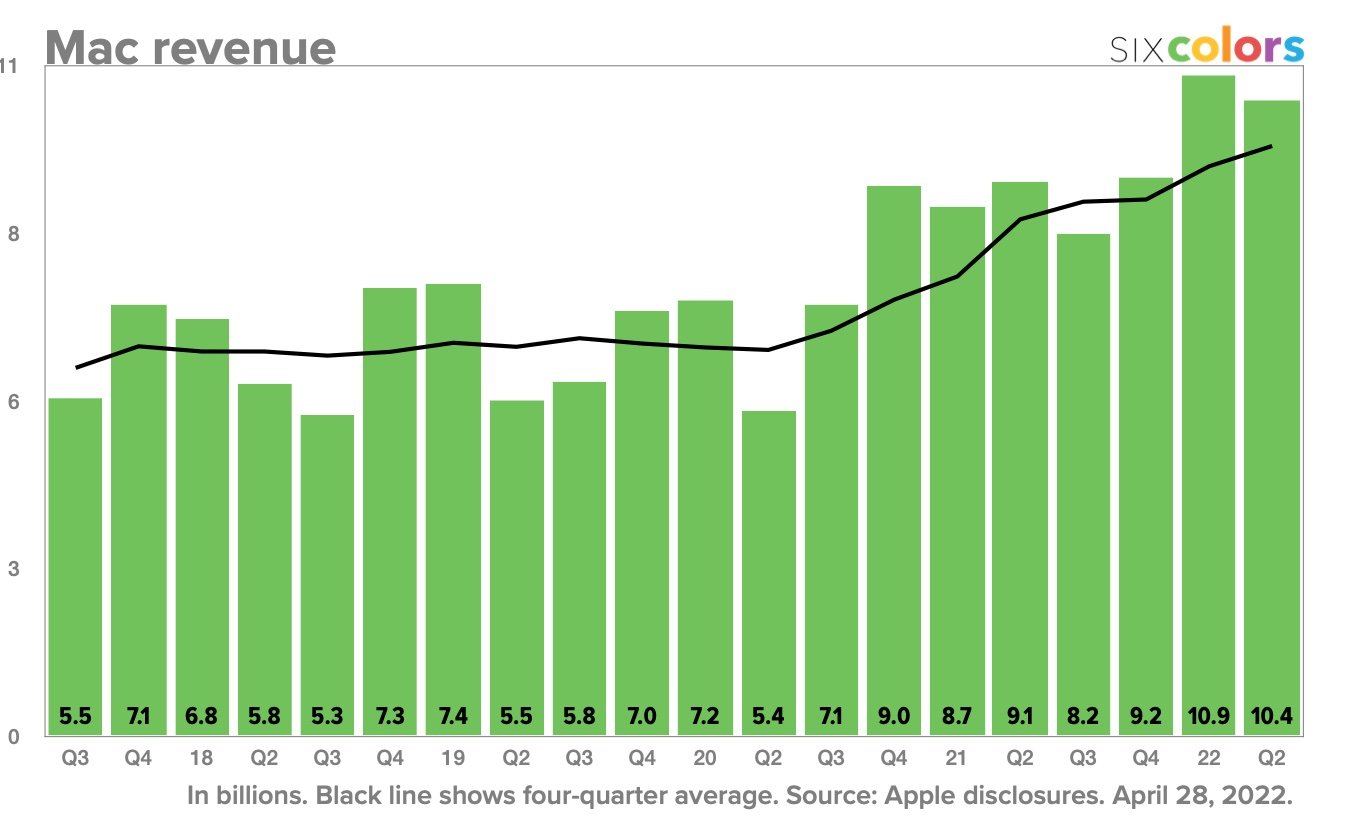 The CEO of Apple and its financial director Luca Maestri were interviewed following the publication of the financial results. They were then able to provide additional information.

The exchange taught us the following points in particular:

There were no discussions about what is happening in the United States, with a desire to create unions in Apple Stores and the establishment of a new minimum wage for employees. As often with these large firms, and Apple obviously does not seem to be an exception, while financial income continues to increase, nothing changes for workers with the lowest pay…