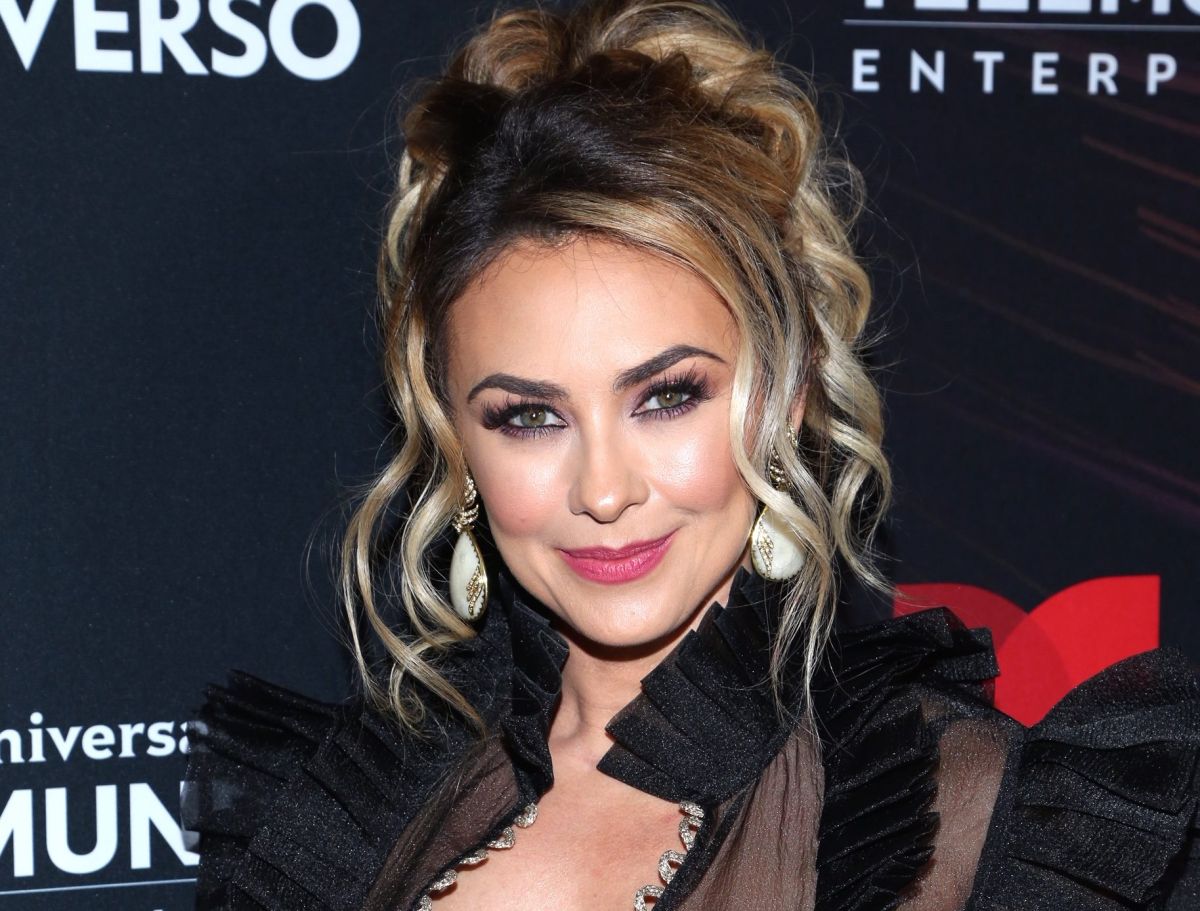 like seldom, Aracely Arambula referred to the excellent relationship they maintain with their children, Miguel and Daniel, whom try to give the best education and be very aware of themdespite being in the midst of an important project such as his return to television with the telenovela ‘La Madrastra’.

It was during a recent interview granted to the magazine Faces Mexico where the Mexican actress and singer spoke about the excellent work she has achieved as a mother, although she confesses, she tries to learn every day because each child is different as well as the stage in which they are, because while Miguel, the oldest, is 15 , Daniel is in the 13.

“I try to be a great mom and learn every day. But I am fortunate that my children are in a very good stage, I am enjoying them very much,” he revealed.

And although she likes the time she currently lives with both of them and fully enjoys them, she confesses that she is also passionate about her work, which she has had to learn to combine with motherhood, since her children are also an important part of each project in which she participates: “I had not had to write a long novel now that they are teenagers. A few months ago I did a short series, but the recording times are different. Today that I came to work they stayed at their school. Coming back I like to check their work and their progress. I am sharing with you what I do in my work day by day and They tell me: ‘Mom, how beautiful you appeared in the photos’I love their compliments, they are the most beautiful thing my heart can feel”, highlighting that the biggest challenge she has faced is being a mother since everything she does at work is dedicated to them.

In addition, he referred once again to the possibility that his two children, whom he fathered with the singer Luis MiguelFollow in his footsteps in acting.

“They are going to dedicate themselves to whatever they want in life, and I will always support them. You will always have my unconditional support in whatever your dream is.“, he added.

But what he would definitely like them to follow his example is in the good heart and human quality that he has instilled in them, since he always asks them to be kind and generous with people, because they are values ​​that are lacking in the world.

“In the end, my children follow the example I give them, which at the same time I saw with my mom and dad. I am instilling respect in others, especially women, that they always help people in need, that they care for, protect and love animals as much as I do. I want them to be great human beings, men with a big heart and great human quality”, the singer also pointed out.

You might also be interested in:
–Aracely Arámbula breaks the silence about the death of her father and clarifies that she does not have COVID
–Aracely Arámbula shares a scene with Carmen Salinas in Pantaya’s ‘Ana’ series and dedicates some beautiful words to her
–The first previews of ‘La Madrastra’ with Aracely Arámbula, the new TelevisaUnivision telenovela, are released

See also  The before and after of Mauricio Islas: this is what the soap opera heartthrob looks like today