The Audi R8 V10 performance RWD add some extra horses looking forward to next year. As you already know, the high-performance sports car complements the R8 V10 performance quattro and adds new technological equipment elements. It is manufactured, largely by hand, in the German factory of Böllinger Höfe.

This is located at the Audi headquarters in Neckarsulm. This is where the racing LMS GT4, which is derived from the series model, is also produced. They both share roughly 60 percent of the pieces. That is the reason why they share a design, highlighting the wide and flat grill Singleframe in matte black with an R8 emblem. 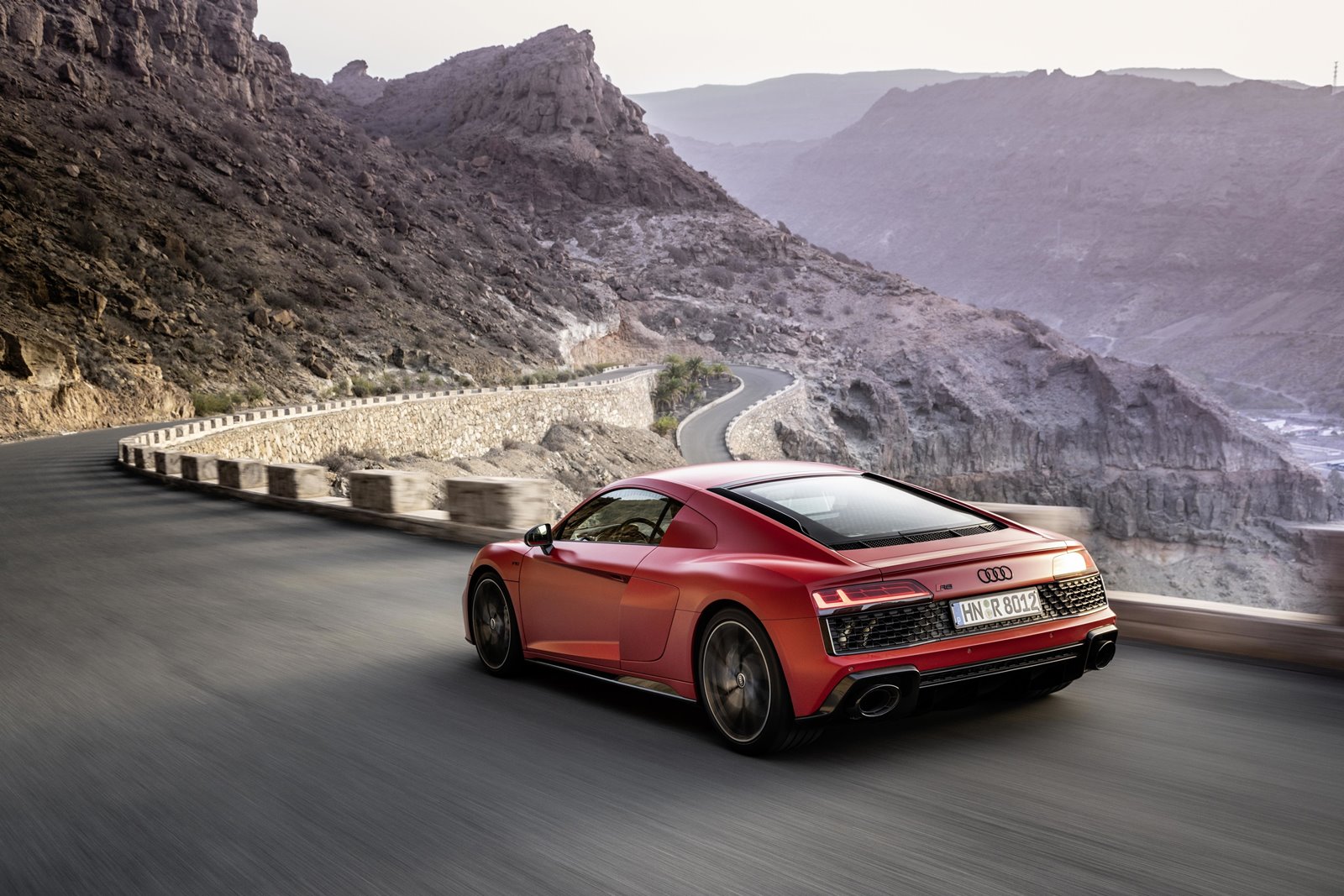 The new R8 is available with ten color options for the bodywork. One of them is Ascari blue metallic, which until now was only available for the R8 V10 performance quattro. The “R8 performance” design package features a black Alcantara and leather interior, Mercato blue contrast stitching and carbon accent inlays.

The Audi R8 V10 performance RWD (Real wheel drive) now has 30 hp and 10 Nm more, taking the driving experience to a whole new level. Additionally, the basic versions of both models, the R8 V10 quattro and the R8 V10 RWD with Coupé and Spyder bodywork, will be replaced by the new performance models. 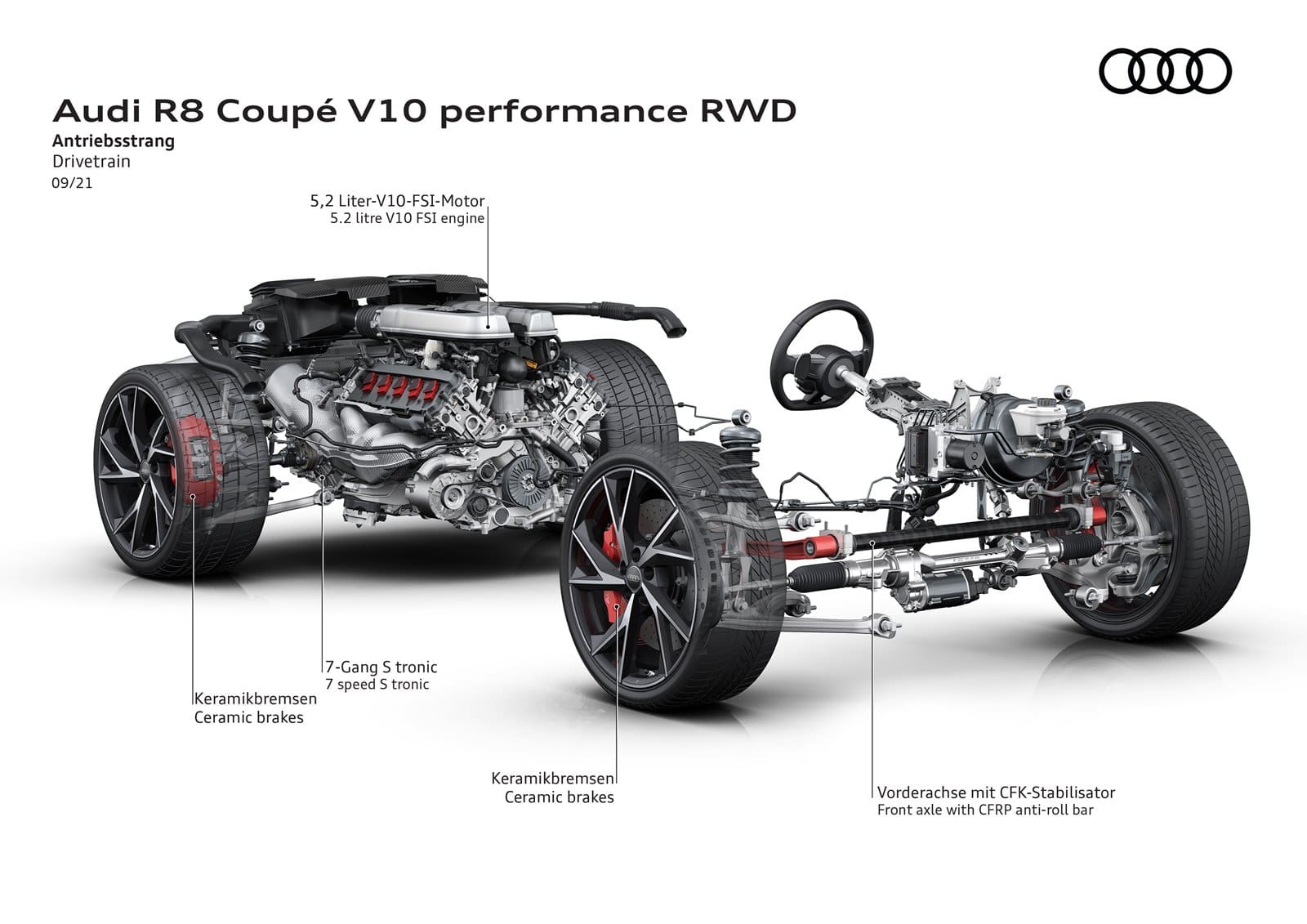 As before, the force is distributed to the rear wheels through the change S tronic seven-speed. The mechanical differential The limited slip system distributes the torque ideally depending on the driving situation. This ensures optimal traction even when the asphalt is wet and adds the possibility of controlled skidding.