ABT Sportsline regularly presents exciting and completely modified vehicles from Volkswagen Group brands and now after several CUPRA, VW and others, ABT shows us two new models, the RS6-S and RSQ8-S.

Both score points with spectacular carbon fiber parts, striking alloy wheels, perfectly balanced suspensions and performance upgrades that put these models on the same level as many supercars.

The Avant and the SUV are linked by the same V8 engine with four liters of displacement. 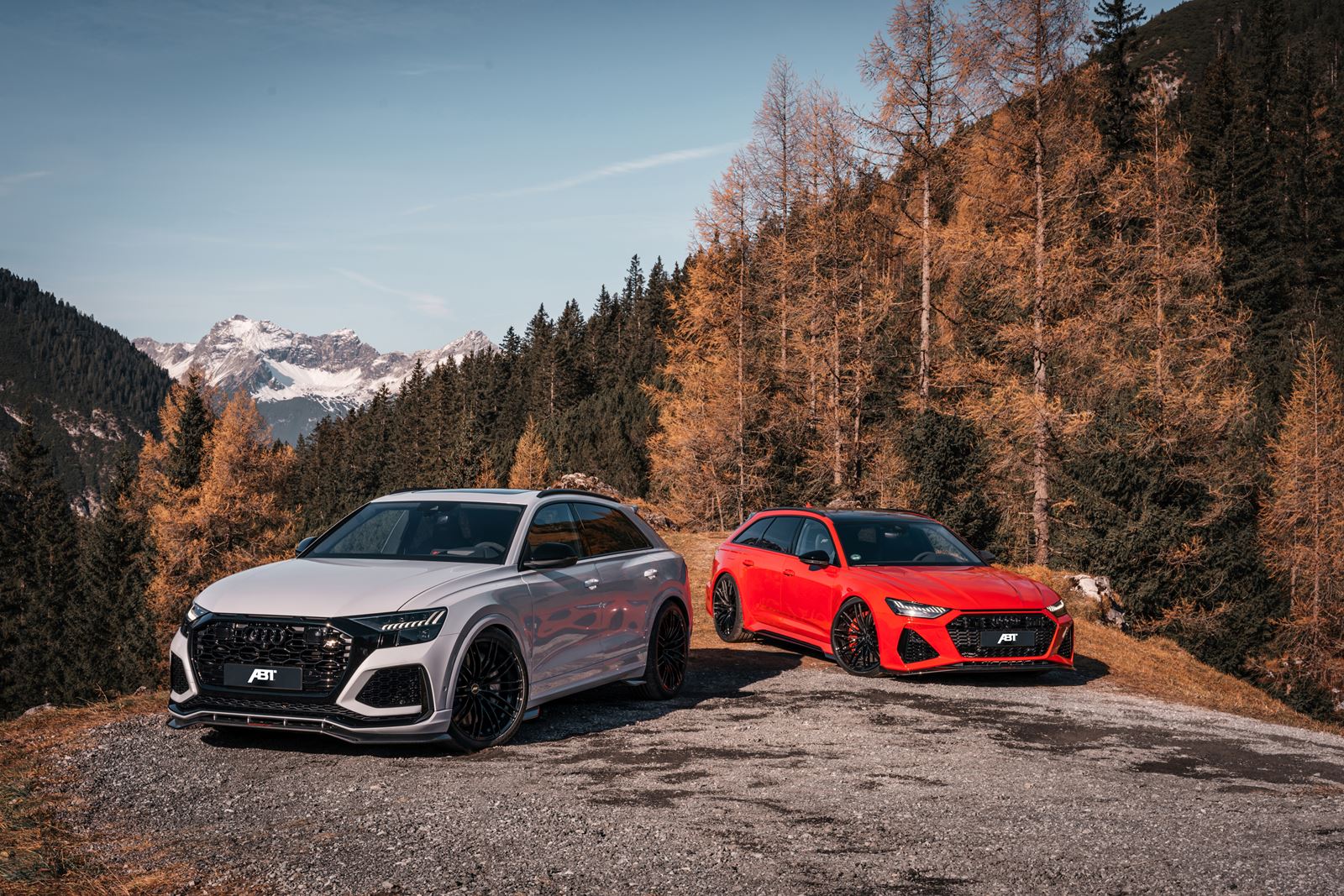 The heart of Audi RS 6 Avant it’s a 4.0 TFSI V8 biturbo engine that allows to accelerate from 0 to 100 km / h in just 3.6 seconds. And in just 12 seconds it is capable of reaching 200 km / h. An extraordinary acceleration that continues until reaching maximum speed, electronically limited to 250 km / h (with the optional dynamic package it can reach up to 280 km / h, or even up to 305 km / h if the dynamic package plus is equipped). All this is possible thanks to its 441 kW (600 hp) of power and a maximum torque of 800 Nm.

This engine is combined with a mild hybrid system that allows to recover up to 12 kW of power when decelerating or even advancing in coasting mode at speeds between 55 and 160 km / h, which together with the Audi cylinder on demand cylinder disconnection system, improves consumption and increases efficiency to the max. 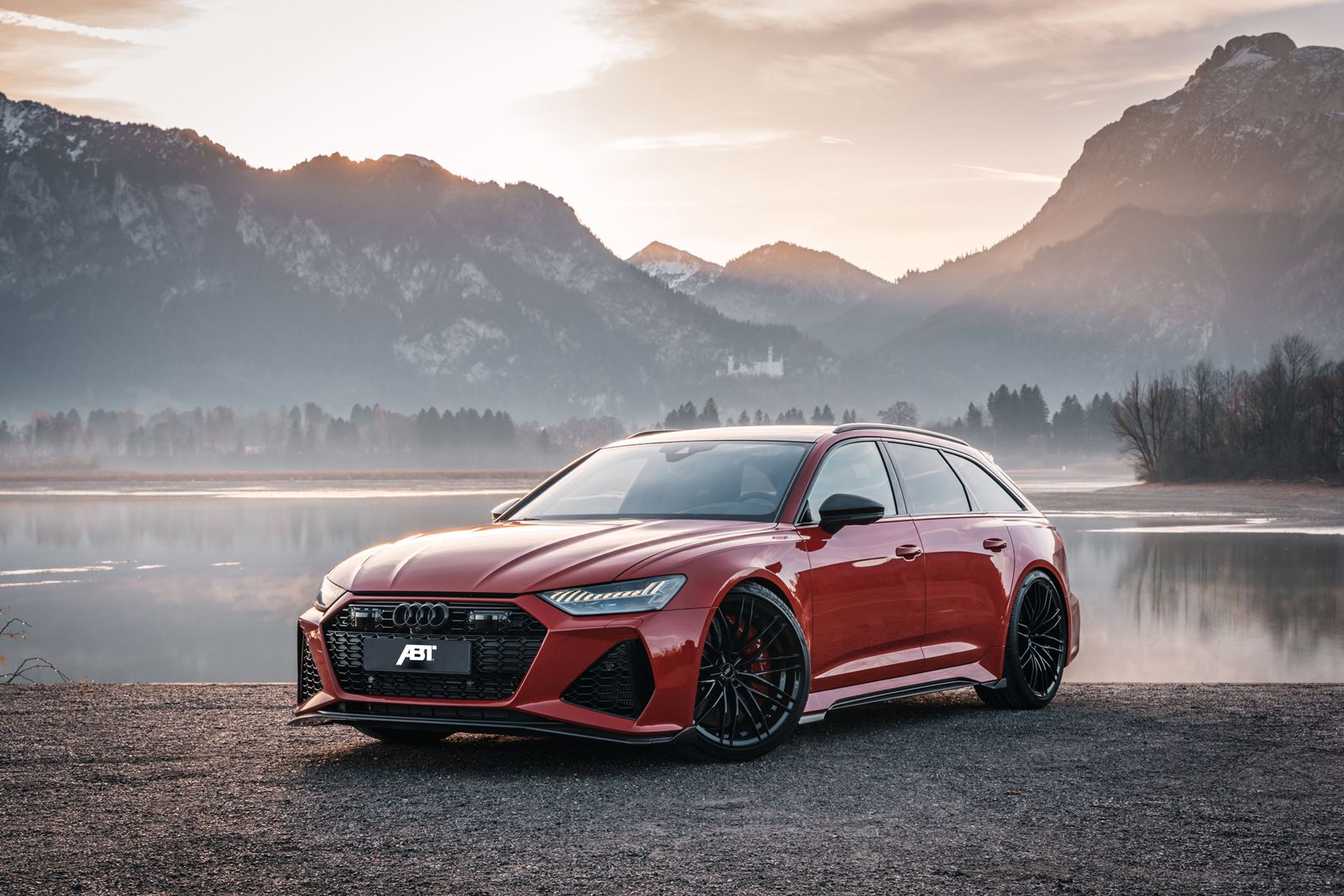 Now the ABT Power S performance upgrade featuring a high-tech control unit ABT Engine Control (AEC), increases the engine power in both cases up to 700 hp (515 kW) and 880 Nm of torque.

If that doesn’t work for you, ABT Sportsline can give both models one more twist and launch them up to the 740 hp (544 kW) and 920 Nm of torque.

The extensive aerodynamic package made of visible carbon fiber includes a striking front edge with the respective model name – RS6-S or RSQ8-S – in red lettering. The SUV has accessories on the sides, both front and rear, such as rear-mounted side blades.

The rear spoiler can be found on both models. The ABT stainless steel exhaust system with its four 102mm tailpipes underlines the dynamic look of the vehicle. 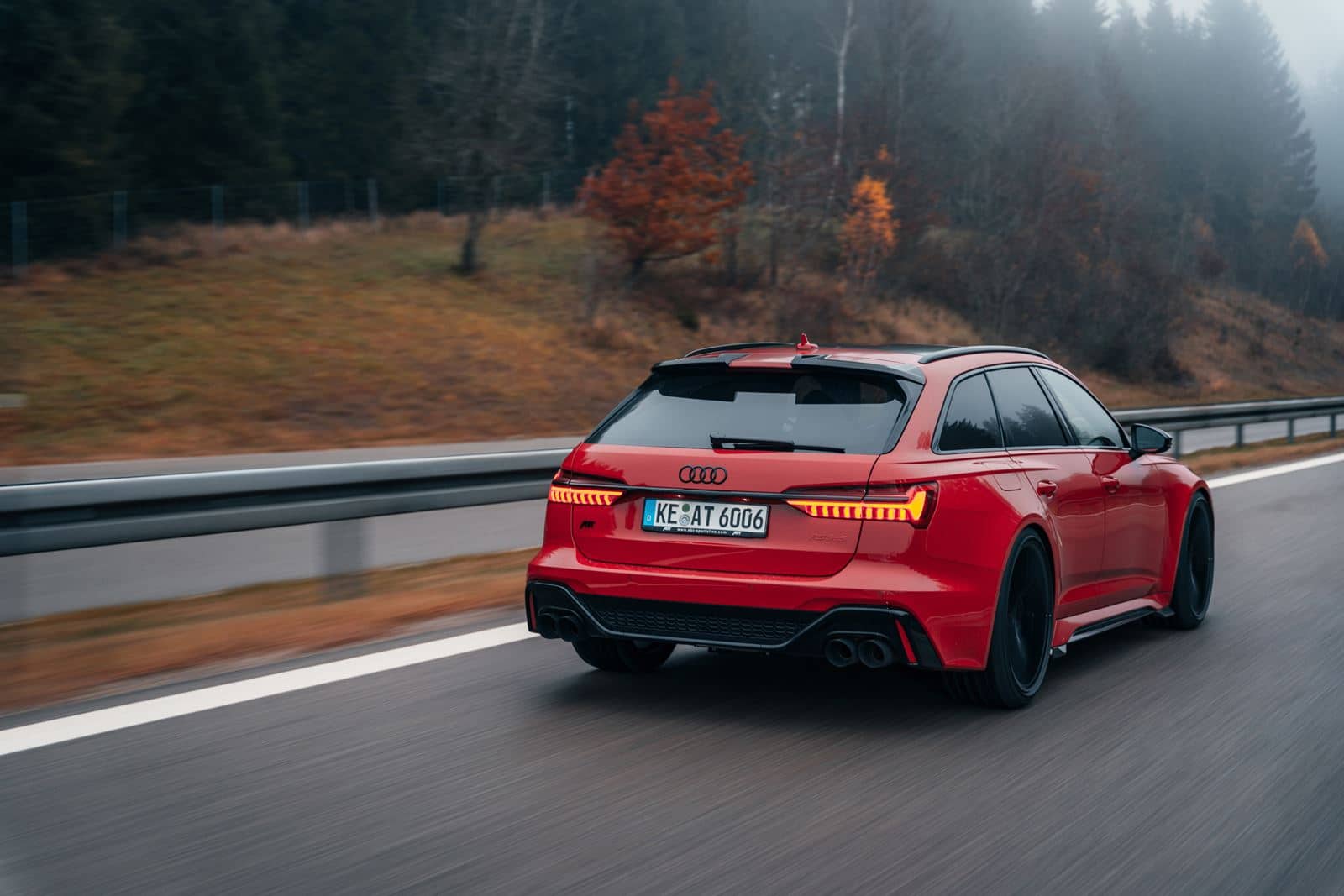 In the section of the suspension, both candidates go by different ways even in the basic version. With the RSQ8-S, the Bavarian company relies on ABT level control (ALC) to adjust the standard air suspension even more sportily. The comfort level is now lowered by 25 mm, the dynamic level by 15 mm, in each case compared to the standard height.

At RS6-S we find steel springs and height adjustment for a variable lowering of up to 25 mm at the front and 30 mm at the rear axle. To this are added stabilizer bars at the front and rear. This ensures significantly less pitch and roll.

The gigantic 22-inch ABT High Performance HR wheels they sit in the wheel arches and fit the model like a glove. 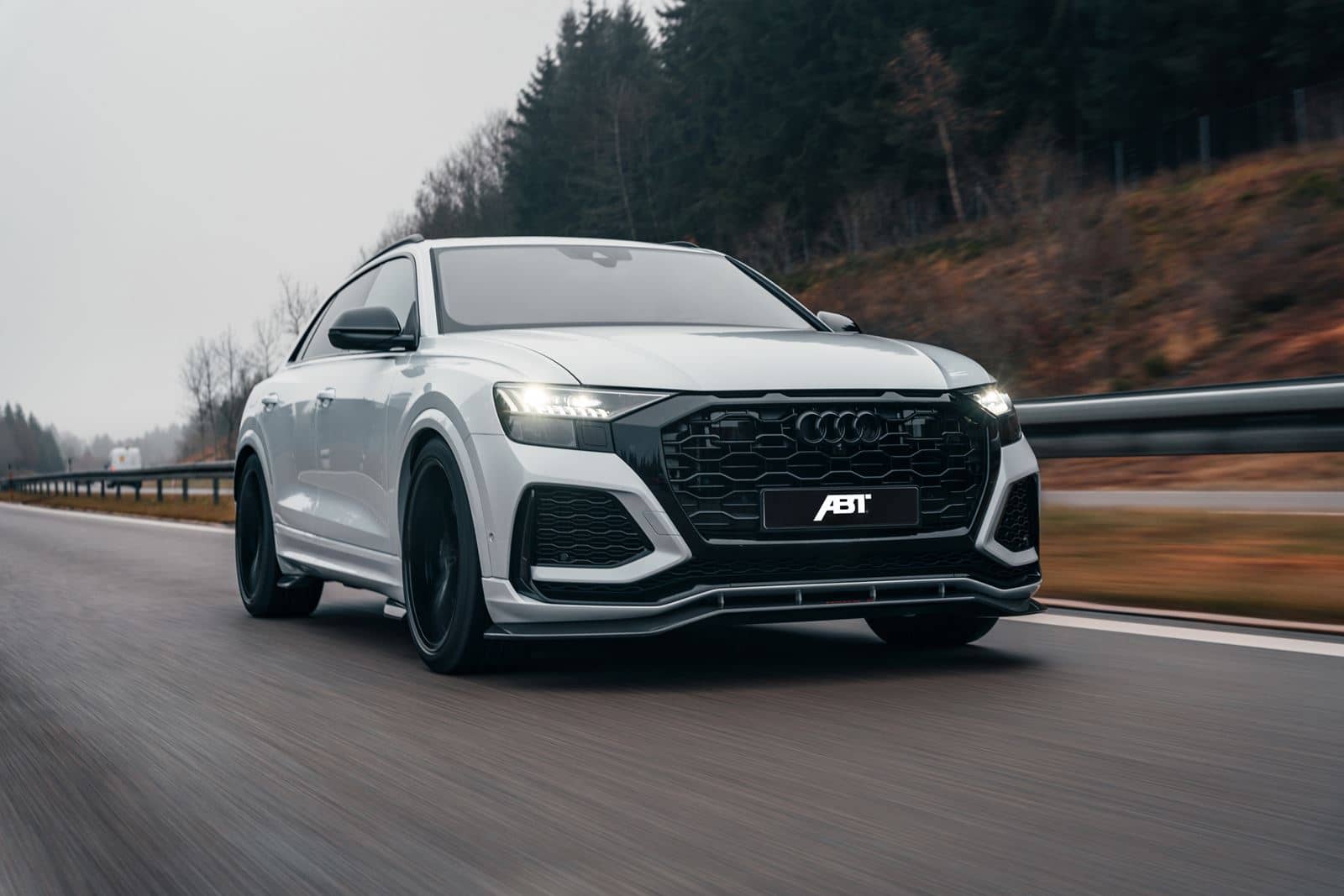 The unsprung masses remain in the green zone, thus ensuring optimal performance. On the ABT RSQ8-S the They use the same tires, only 23 inches.

ABT Sportsline has paid great attention to the details in the interior of the two dream cars. In addition to the seat upgrade and integrated entrance lights, the individualization includes the door sills, gear lever knob, ignition switch cover and steering wheel badge.

There are more interior options available like the carbon fiber dashboard and seat frame covers for both models. For the Avant, there are also gearshift paddles made of the same material. 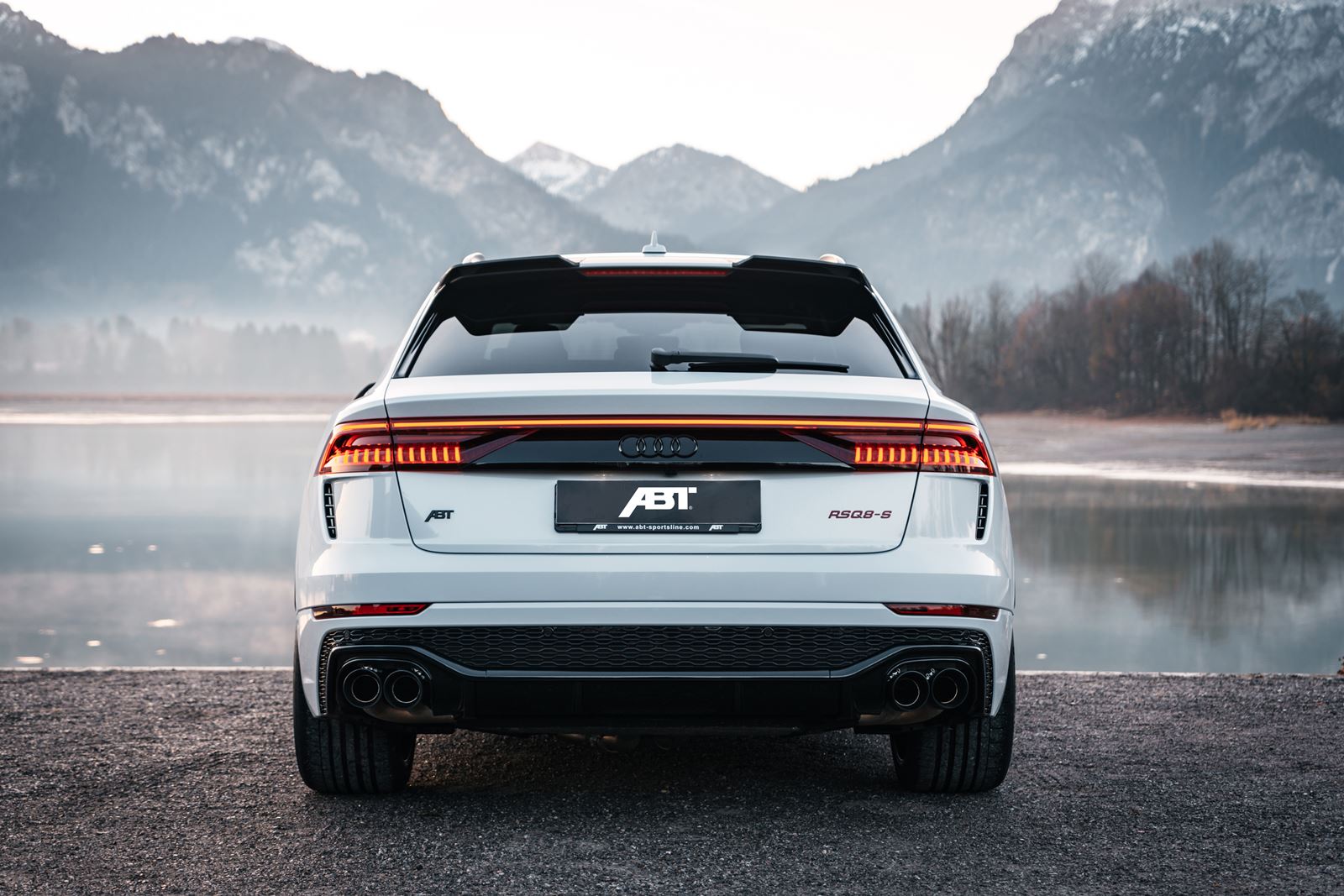 The spectacular transformation in terms of appearance and performance is available for a closed package price that has a price of 42,900 euros to which the installation must be added. Conversions can be carried out at the head office in Kempten or at the premises of the respective ABT partner, depending on the customer’s wishes.