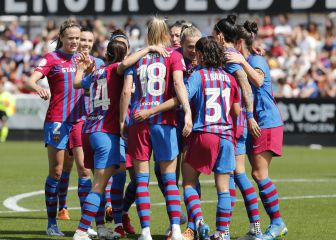 There are two precedents between the Teutonic team and Barcelona, ​​and the former have emerged as winners of both. Precisely two seasons ago, and in this same round, they faced each other in a single match (due to Covid) and the winning goal was scored precisely by one of the current Barcelona players: Fridolina Rolfö. Right now, the azulgrana only have their minds on this competition, since they already won the league several dates ago. Recovered for today are Hansen, Mariona, Guijarro, Oshoala and Pina. Martens is short.

Ace to follow: Alexia Putellas. He scores, assists, plays and decongests a game every time he’s stuck. The best player in the world will seek to appear, and more so in matches like today’s.