Yoga – One stop solution to all problems related to your body, be it mental, spiritual, or physical. This practice has a special place in the history of ancient Indian philosophy that is dated back to almost 5000 years ago. Yoga is widely known for its various asanas that lead to healing your body in different ways. Not only that, but it is also a mixture of several breathing techniques, physical postures & meditation. In recent years, Yoga has garnered immense popularity in the west, and one of the styles practiced there is – ‘Hot Yoga’.

Earlier yoga was much more about developing one’s spiritual energy and mental focus, but recently it has been all about fitness. Now, yoga is performed in order to be fit both physically and mentally. Moving on to hot yoga, it is a practice of performing yoga in an artificially heated place where you’ll get much more effective and faster results out of yoga.

What is Hot Yoga?

Generally, people often get confused among “Bikram yoga” and “Hot yoga”, they think it’s the same thing. But, in reality, they are quite different from each other.

Hot Yoga is practised at room temperature that is above the normal one. Here, the instructor has the authority to set the temperature as needed. Generally, the most preferred temperature is between 80 and 100°F (27 and 38°C).

Hot yoga consists of several asanas that vary with each and every class. This form of yoga is quite different from Bikram yoga. Hot yoga is performed along with music and also includes conversing among other people, unlike Bikram yoga which is done quietly without anyone’s interference.

There are several benefits of hot yoga such as better blood circulation, stress reduction, improved strength, and flexibility.

Talking about Bikram Yoga, It consists of 26 asanas and two breathing exercises that are performed for almost 90 minutes in a room with a temperature of 105 degrees with 40 percent humidity. This form of yoga was developed by a famous yogi named  Bikram Choudhury.

Bikram yoga was performed widely until one day its founder was alleged into some kind of assault. Post that, studious started using the term “Hot Yoga” instead of ‘Bikram Yoga” for advertising about their heated yoga classes.

No matter what kind of yoga you’re indulged in hot yoga or the traditional one, most of the benefits are similar in both the forms. There are several benefits of traditional yoga such as lesser blood pressure, stress levels, chronic pain. Not only that, but it also helps in improving strength, flexibility, stamina, and overall health. One of the yoga styles known as power yoga has similar benefits when performed both in heat or without heat.

Both forms of yoga have a great impact on your metabolic rate and can be highly effective in getting your shape. Well, there is nothing wrong with both hot yoga and traditional yoga, as both of them have their own benefits. Everything depends on you, the kind of workout or yoga style you’re looking out for. Every person is different and so their body needs.

Before picking any of the yoga styles, it is advisable to consult your family doctor and know the one you should pick with regards to your health. If you’re keen on practicing hot yoga, then you must discuss the intensity of hot yoga with your doctor. It’s always better to take trusted advice and then proceed.

If you’re someone who’s absolutely new to the world of yoga, then you must initiate with regular yoga classes and then move on to the heated studio. It is utterly essential to know what suits you and your body the best, only then you can make a final decision.

Last but not least, the best type of yoga in the world is the one that you enjoy and the one that benefits your body and soul.

Generally, people think that yoga hardly helps in weight loss and if it does the process is quite slower. Well, we would like to burst your bubble, yoga is an amazing option for people who wish to lose weight. But, the intensity of yoga depends on the style and asanas you’re performing.

Talking about Hot yoga, it helps in losing weight faster when compared to traditional yoga as here you’ll sweat a lot due to higher room temperature. It is one such yoga style that meets all your fitness needs such as the strengthening of the body, building flexibility, and weight loss. One of the best things about hot yoga is that it helps in detoxification and leads to lesser injuries.

Hot yoga doesn’t consist of any physical activity like running or jumping but still, your heart rate gets high due to the heat in the room. According to a study, women burn almost 333 calories in a 90-minute slow-moving, heated yoga session. Furthermore, Hot yoga is also beneficial for your digestive system and endocrine system which directly boosts your metabolic rate.

Benefits of hot yoga for skin

One of the main goals of hot yoga is to sweat a lot. While you sweat, you’re directly boosting your heart rate and also the blood circulation in your body. The increased blood cells will come in contact with oxygen and then your skin which will flush the toxins out of your skin and leave a natural glow.

When compared to working out at room temperature and heated temperatures, it is believed that the blood circulations increase much more in a warmer setup. The main reason why some people glow without any makeup is the 60 or 90 minutes long hot yoga session.

The majority of people think that it might become difficult to breathe in a closed room, but the breathing exercises in hot yoga help your lungs to retain more air. When you take deeper breaths, it forces your lungs to expand and allow more oxygen to flow in your organs & overall body.

Hot yoga is the best type of yoga for people with health conditions like blood pressure and heart diseases. Performing yoga in a heated space for a longer period is known for reducing blood pressure levels. Well, there is no evidence of why does heat leads to healthy blood pressure, but it does work.

Hot yoga is also an amazing option for the well-being of your mind and body. It acts as a connection between your body and mind. Sweat can be highly beneficial for some people, that is why hot yoga works well for people who love to sweat and be fit.

Hot yoga is an amazing option for people who are interested in running. When compared to other physical activities, Hot yoga is the practice of having precise control on your breath throughout the class. Someone who is a runner understands the importance of focusing on breathing while those last laps of the race.

Besides this, hot yoga is also quite helpful in strengthening your feet while making them more sturdy. Last but not least, If you wish to build overall body strength then hot yoga is made for you.

One of the best ways to maintain your lustrous locks is to practice Hot yoga. It is considered to be highly beneficial for hair health. The reason behind this is as simple as sweat. We know what you’re thinking – How can the answer to this be sweat?

Let’s break this down for you. While exercising, you sweat a lot, which eventually leads to releasing toxins from your skin. In the similar manner when you sweat from your scalp, your hair follicles open up and provide space for new hair to grow. Besides this, practicing hot yoga also promotes blood flow through which your skin and scalp will get more oxygen and nutrients.

Performing hot yoga during pregnancy is a personal choice. Not everyone feels comfortable performing this form of yoga during their pregnancy. But, if you’re someone who is interested in hot yoga then you must perform it.

There are several benefits of hot yoga for pregnant women such as improvement in hormonal problems and other underlying health issues.

Hot Yoga Benefits for Back pain

Hot yoga is quite therapeutic for people who are going through chronic back pain. The reason behind this is that this form of yoga is a combination of both heat and humidity which lets you stretch your body without any kind of discomfort.

When compared to other forms of yoga, hot yoga has the capability to relax your spine by some movements that can also strengthen your muscles and extend the much needed support to your back.

While performing hot yoga, you’ll have to hold your poses for at least 30 to 60 seconds. This is quite demanding both mentally and physically and gets your heart beating faster. But, It is quite beneficial for your cardiovascular system. This form of yoga can make a huge difference for people with  rheumatoid arthritis and joint arthritis.

One of the major problems faced by athletes is unwanted injuries. No matter how severe the injury is, hot yoga has the power to strengthen your muscles and ligaments. Not only that, but it also equalizes the imbalance found in muscles due to hardcore sports training.

Athletes who perform hot yoga have the capability to control their breath and also maximize their oxygen and energy needed for training and competition.

Benefits of hot yoga for Anxiety

Today, when there’s so much to do in a little amount of time, it’s quite natural to feel stressed and anxious about it. Stress and Anxiety are like BFFs who never leave each other’s side and go hand in hand. With practicing regular hot yoga, you can overcome anxiety and get your mental balance. Last but not least, it is the best way to maintain a better mood.

Benefits of hot yoga for Bodybuilding

Hot yoga is much more than just a yoga class. It’s an institution which helps you to cultivate in a certain manner and benefit from the discomforts life throws at you. It is one such thing that helps you find the necessary mental and physical balance needed in this sport.

One of the best things about hot yoga is that it provides you with clarity in the chaos of such an intense training and diet program. The stretching part comes quite naturally to elongate muscles that can easily get tight while training. 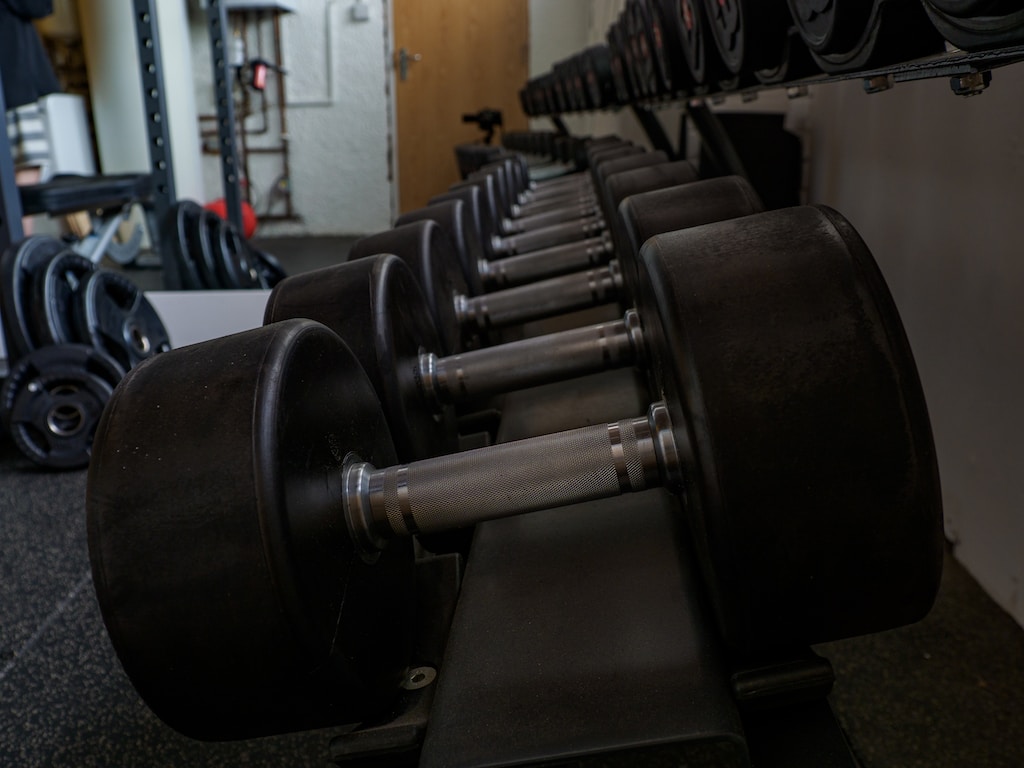