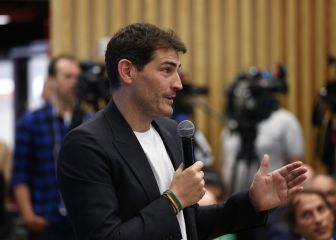 Ancelotti does not lie: the gala eleven on the big day and to avoid nonsense.

It is not that Rodrygo, or Camavinga, or Asensio, or Lucas Vázquez, or Nacho, or Ceballos, or Marcelo do not deserve to be starters. The question is very simple: that is the eleven to counteract Liverpool in the first half and, in the second, the second unit of brutal attack led by Camavinga and Rodrygo that Ancelotti has ready to crush. Eye, let’s not forget Hazard, I say it here: he will be the protagonist in the second part.

The gala eleven for a gala match. But knowing that, those who are going to enter the second part, are almost as headline as the first. It is certain, Ancelotti, that he has two teams, two elevens and that he knows that they are equal winners. The 14 is cooked like this, with intelligence from the bench. Big big!