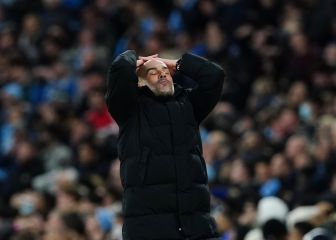 Manchester City-Real Madrid was lived with passion in England, where former players and journalists had no qualms about dissecting the scoreboard duel between Pep Guardiola and Carlo Ancelotti. A duel in which the citizen team won 4-3, but that did not serve to appease the criticism of the Spanish coach, who was unable to control his emotions.

“Guardiola reacted wildly,” described the English newspaper The Telegraph, which compared the attitude of the City coach with that of the white coach. “Ancelotti’s behavior, which does not allow the game to alter his balance, was instructive for Guardiola,” added the same newspaper.

David Scott, musician and writer, also referred to the gestures of Guardiola, who started the game very happy but ended up frustrated, and summed up his game as a “weekend”, with the joy of Friday and the downturn on Sunday. Although the toughest with City’s approach was Steve McManaman, a former player of both teams, who described the sky blues as “naive”.

More focused on tactical analysis, The Athletic tried to explain: “How did Madrid manage to sow chaos?” “Everything is by instinct, they have no interest in the formation or the defensive line. What was impressive was how they forced the game to play on their terms,” ​​said John Muller, an analyst at the English portal.

Rio Ferdinand was just as overwhelmed by Karim Benzema’s match, who scored two goals and led the Madrid team one more night. That’s why the United legend, now a commentator, responded to the Twitter post in which Mesut Özil asked for the Ballon d’Or for Benzema and commented: “It’s a fact.”

Ferdinand and Özil weren’t the only ones left with a good taste in their mouths after the game at the Etihad Stadium. Gary Lineker, another of the legends of English football, commented sarcastically: “I hope the return leg at the Bernabéu will be more entertaining”. And in that sense also spoke Liam Gallagher, music star and famous City fan, who wrote “biblical, heavenly, what a football game”.