The Fantastic Four, Captain America: Civil War or Defend Jacob on Apple TV+ are among the feats of arms of Chris Evans, an internationally recognized American actor who notably won a Saturn Award in 2012. The actor is particularly active on Instagram, and showed us in June how he had decided to leave his iPhone 6s in favor of a iPhone 12.

At this time, the one who also lends his voice to Casey Jones in TMNT: Teenage Mutant Ninja Turtles already regretted theno home button on his new device. But it was without suspecting that he would encounter another major problem, this time because of the design. Indeed, during an interview filmed with the English-language magazine ColliderEvans explains that he considers his iPhone 12 too heavy.

Features that do not go well

Specifically, Chris Evans explains to journalist Steve Weintraub that he is forced to use his little finger to support the weight of the beast, which is then confirmed by Ana de Armas, her on-screen partner in The Gray Man. This new feature film, which is this time available on Netflix, is the most expensive ever produced by the streaming platform which continues to lose subscribers to the benefit of the competition.

See also  iPhone tougher than ever in these ads

This concern for size should also not improve. Indeed, if the iPhone 12 weighed 162g, its successor the iPhone 13 weighs 173 g on the scale. In addition, we have just learned that the iPhone 14 will probably be thicker than the latter: it may therefore also be heavier. For comparison, the iPhone 6s was limited to 143g. But be careful, because as Evans reminds us, this model is the main victim of the battery gate.

The Gray Man is expected on netflix Friday, July 22, less than seven days from now. This action film traces the journey of Court Gentry (Ryan Gosling), a former CIA agent turned hitman pursued by his former employer. Directed by the Russo Brothers (avengers, Welcome to Collinwood, Cherry), the content will therefore be accessible from 8.99 euros per month for all subscribers of the application with the red logo. In the casting, we therefore find Ana de Armas and Chris Evans but also Jessica Henwick and Wagner Moura. 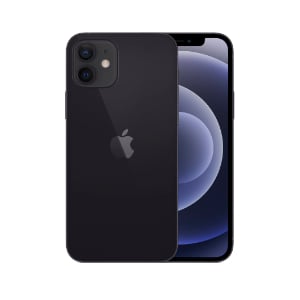