What makes the difference on iPhone 11

The main advantage of an iPhone 11 against an iPhone SE 3 is obviously its screen. Indeed, with the iPhone 11 is offered a slab of 6.1 inches diagonal while the iPhone SE of 2022 is limited to 4.7 inches. It’s not much, especially if you plan to watch a series for several hours, for example. And for those wondering, no, the resolution isn’t better than on the iPhone SE 3. It’s the same: 1,792 x 828 pixels at 326 ppi density.

No ultra wide-angle on iPhone SE 3

Comparatively, the iPhone 11 is undoubtedly a real photophone with its two rear lenses, where the third generation iPhone SE only offers a single sensor on the back. It is the same wide-angle of 12 MPx ( ƒ / 1.8) than for the iPhone 11, but the latter is entitled to an ultra wide-angle with ƒ / 2.4 aperture in addition.

In addition, Night mode will make the difference in low light on iPhone 11, but it is absent on iPhone SE 3. For images, it still lacks other advantages: Photographic Styles2x optical zoom out, audio zoom and 4K videos in the front. Besides, selfies will also be more detailed with the iPhone 11 thanks to its 12 MPx FaceTime camera. On iPhone SE (3rd generation), the front lens is limited to 7 MPx.

During our test of the iPhone 11 and iPhone SE 2022, we were able to observe that the iPhone 11 holds a charge longer. Count a good half-day, a result that the third generation iPhone SE may not exceed. This is also confirmed in the official figures, where Apple speaks of a limit of 15 hours in video playback for the iPhone SE 3 but 17 hours by comparing the same use on iPhone 11. Be careful though: these figures were different with us and will probably be different with you, depending on your habits.

The iPhone SE 3 is more powerful than the iPhone 11

Yes, of course, with two years late, the iPhone 11 loses out. sound processor A13 Bionicwhich is the same as in the second generation iPhone SE, offers 20% less fluid graphics than with the chip A15 Bionic of the iPhone SE 3. This is also explained by the power of the Neural Engine, which can only capitalize on eight cores against sixteen on the iPhone SE 3.

A version with more memory

If we compare the iPhone 11 and iPhone SE (3rd generation) models available, we see that each edition is available with 64 GB or 128 GB of storage. However, the iPhone SE 2022 is the only one that also offers a version with 256 GB of memory. Why ? Because the iPhone 11 with the same capacity, which existed before, is no longer sold by Apple or manufactured by its suppliers. 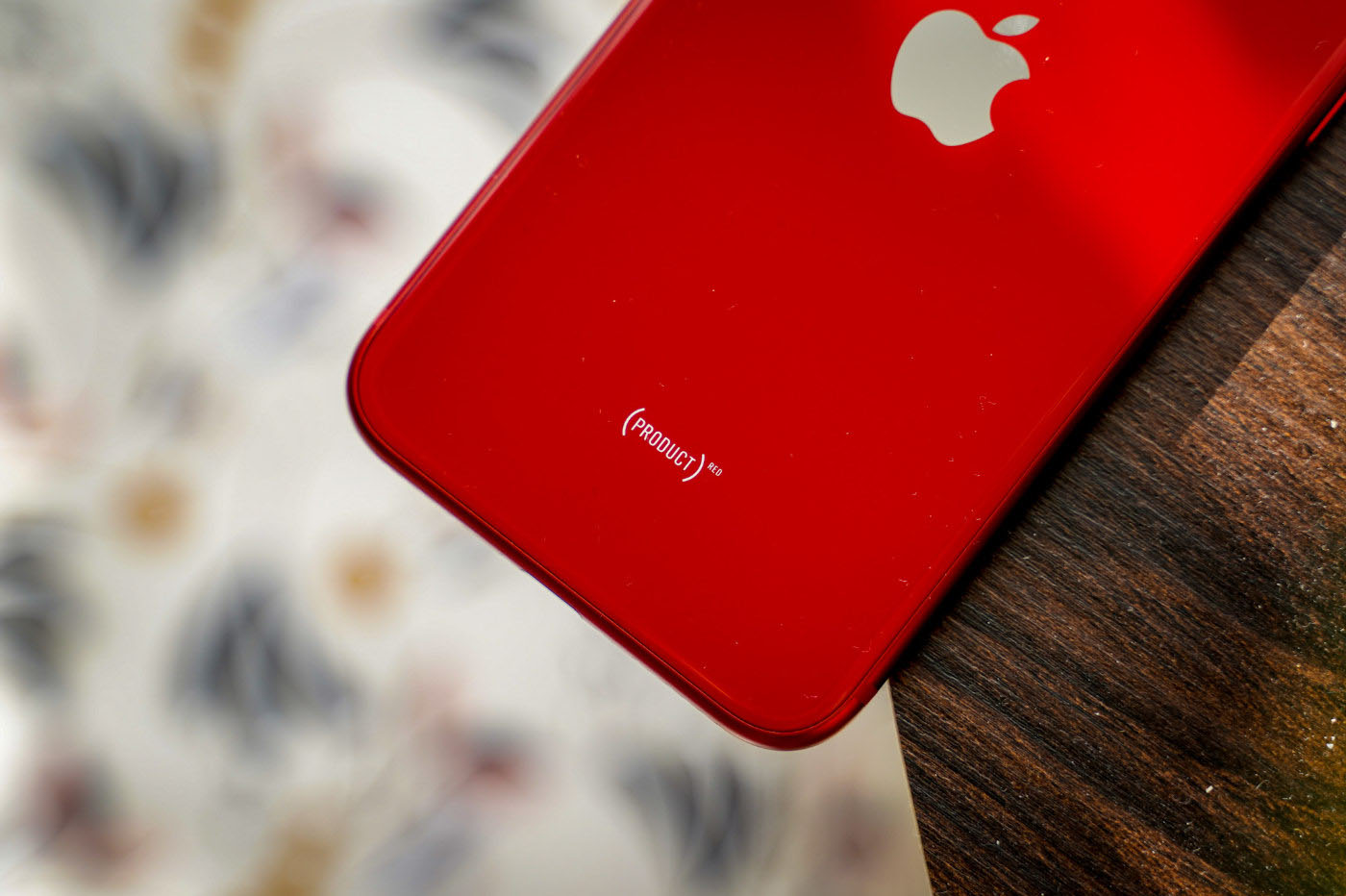 Just to qualify, be aware, however, that this difference is anecdotal. And this for many reasons. First of all, the 256 GB iPhone 11 still exists at certain specialist retailers who have not sold all their stocks. Then, you should know that the iPhone SE 2 in 256 GB was also abandoned after a while. It is therefore possible that his successor will meet the same fate. Finally, the iPhone 11 has the possibility of increasing its storage capacity with an iCloud plan. No SD card, however, like on iPhone SE 3.

Logically, we must also compare the format of the iPhone 11 and the iPhone SE, even if their respective guidelines are quite similar. The appearance with the sharp edges indeed only arrived with the iPhone 12. 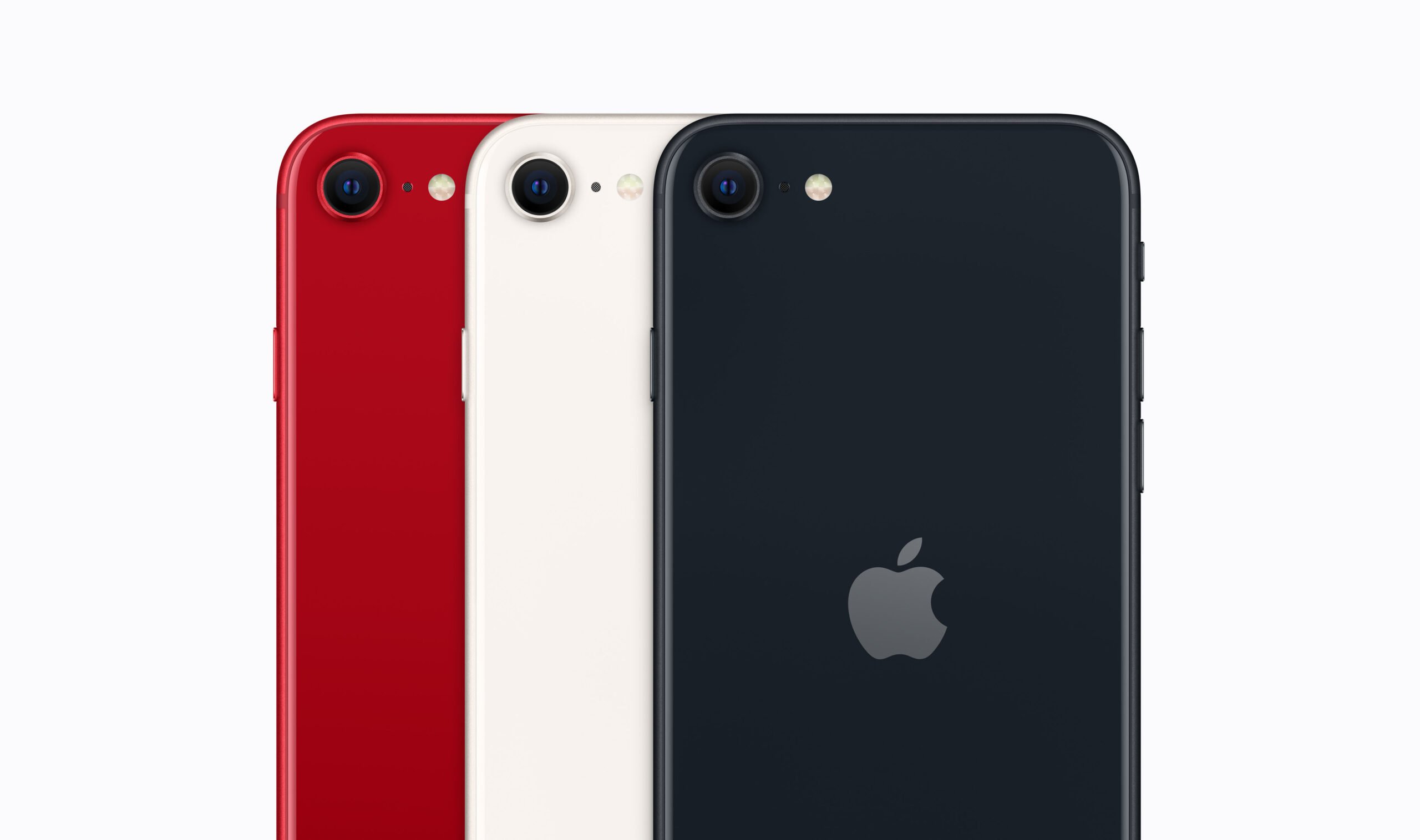 For starters, the iPhone 11 comes decked out in a notch quite imposing at its top, which in the end takes up a lot of space on the screen. But that’s the price to pay for having much narrower borders than on iPhone SE 3. The difference between the size/screen ratio of our two contenders thus reaches almost thirty square centimeters, which is really not negligible. 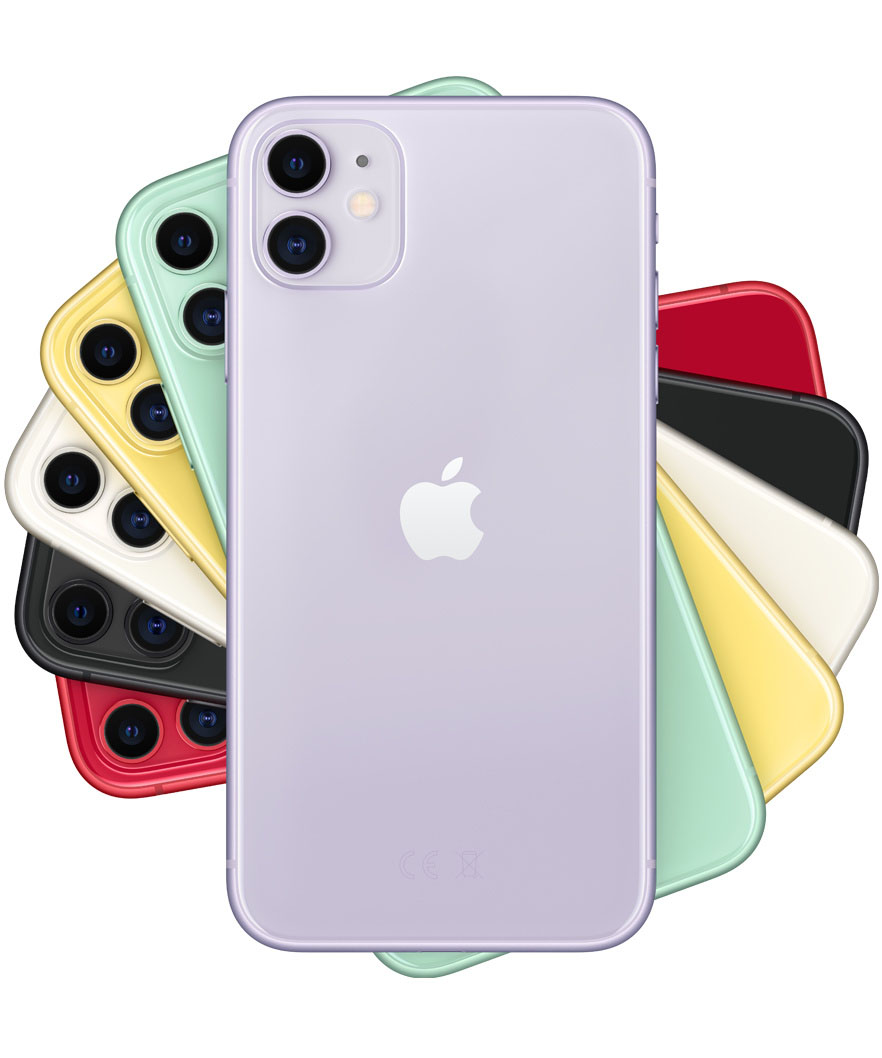 The iPhone 11 and iPhone SE 3 are both compatible with iOS 15. But the iPhone SE 3 has this operating system of office, where the iPhone 11 will need to be updated to take advantage of it. Indeed, as it is older, it was only entitled to iOS 13 when it was released. By the way, this also means that it will be endured for less time. This may be the explanation for its price, which has dropped significantly compared to its 2019 amount. 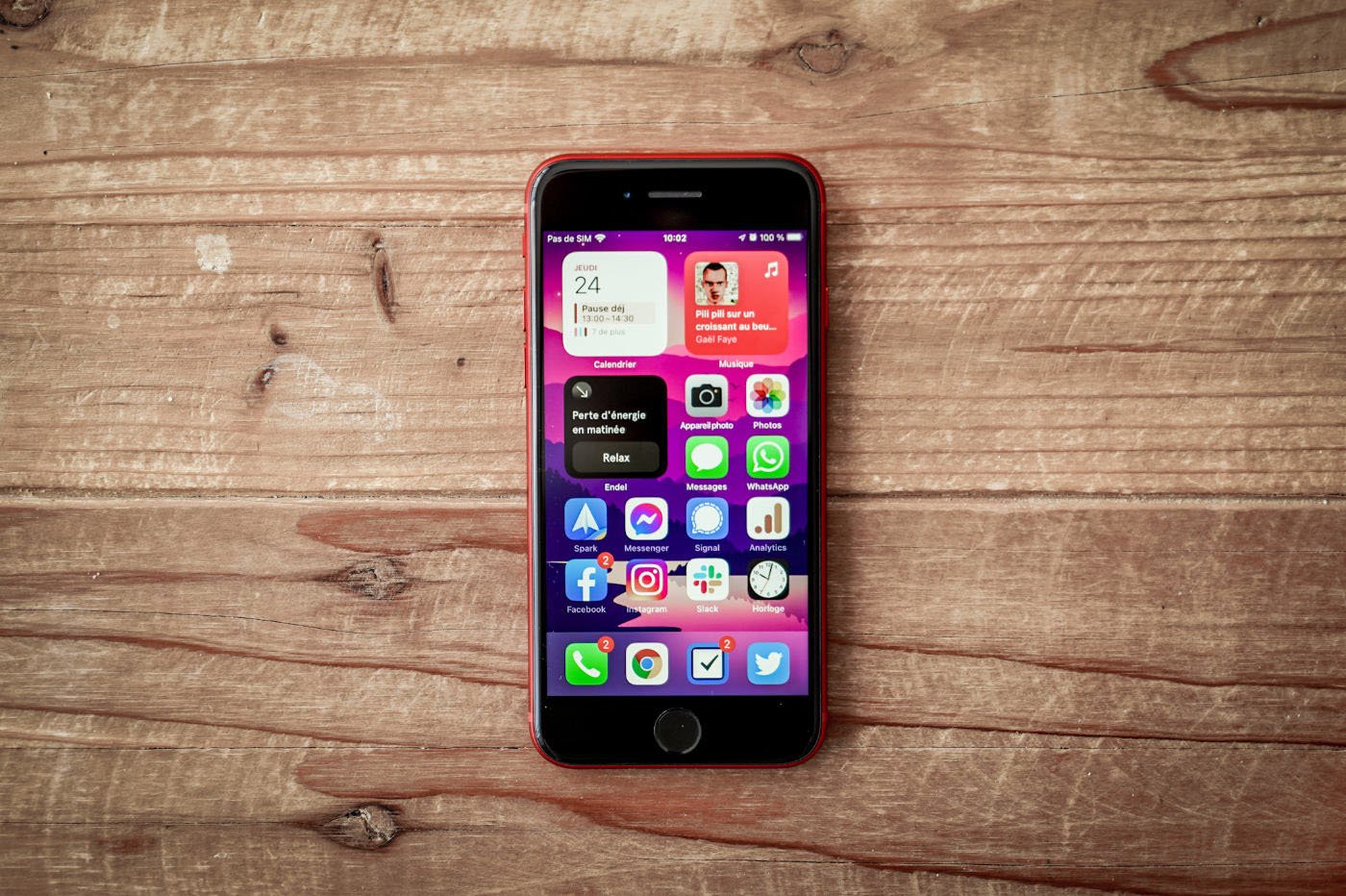 There’s not really a difference for wireless between iPhone 11 and iPhone SE (3rd generation) either. Indeed, the iPhone SE 3 is certainly compatible 5G while the iPhone 11 is only entitled to 4G but this standard is now fast enough for the general public.

Impossible to finish this comparison without talking about biometric unlocking. On iPhone 11, it will be facial recognition with Face ID, via the TrueDepth sensor hidden under the notch. A solution that also allows you to play with Animojis, unlike the iPhone SE 3 which is content with Touch ID. However, Apple’s fingerprint sensor remains very efficient, and it allows you to keep the home button. 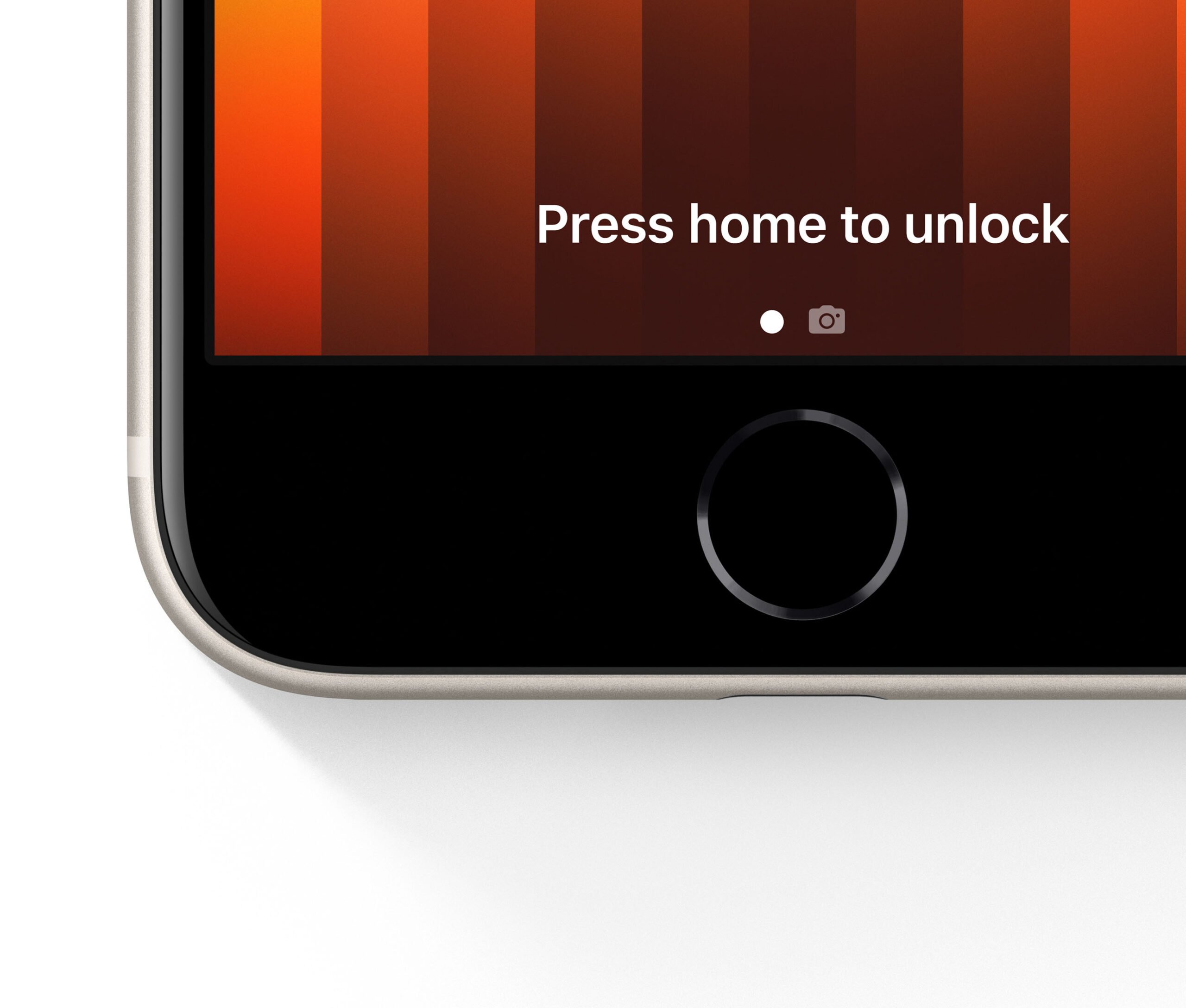 Synthetic, the iPhone 11 clearly wins this comparison for us. Its major weaknesses, such as a less powerful processor and a higher price, should not make a difference since iOS 15 is also available on this mobile and the price only changes by 60 euros. Besides, if you were afraid for your gaming sessions, the 4 GB of RAM equal to the iPhone SE and the joint software/hardware optimization should compensate.

Nevertheless, theiPhoneSE remains a serious choice for those looking for a real compact mobile, because the iPhone 11 may be too big for them. But it will be at the expense of an extraordinary photo experience to immortalize your vacation, and you will surely have to invest in an external battery during the trip. 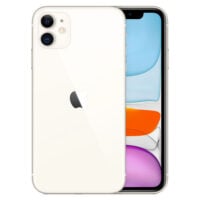