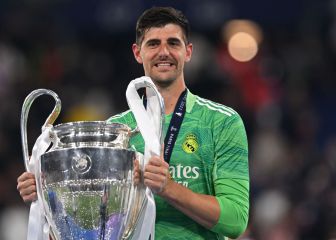 Champions: “It’s incredible, so many years, so much work. Coming to the club of my life. I saw many criticizing me. Today we have shown who is the King of Europe. I felt good the last few weeks. Once you make the first stop… ‘focus , focus’. No one could take away my desire to win the Champions League. For my dead, I was going to win one”.

Shooting: “I had to go look for Salah’s far away. It was crazy. I don’t believe it and add five minutes if we hadn’t lost anything.”

Family commitment: “I feel sorry for my brother, who is getting married tomorrow and I can’t be there. On Monday there is another civil marriage and I will be there”

Courtois’s great performance received not only the recognition of being awarded the MVP award for the final, but the Champions League, through its official Twitter profile, declared his sublime match as “The best performance by a goalkeeper in a Champions League final”.

See also  Koke, on Courtois: "Never forget where you come from"