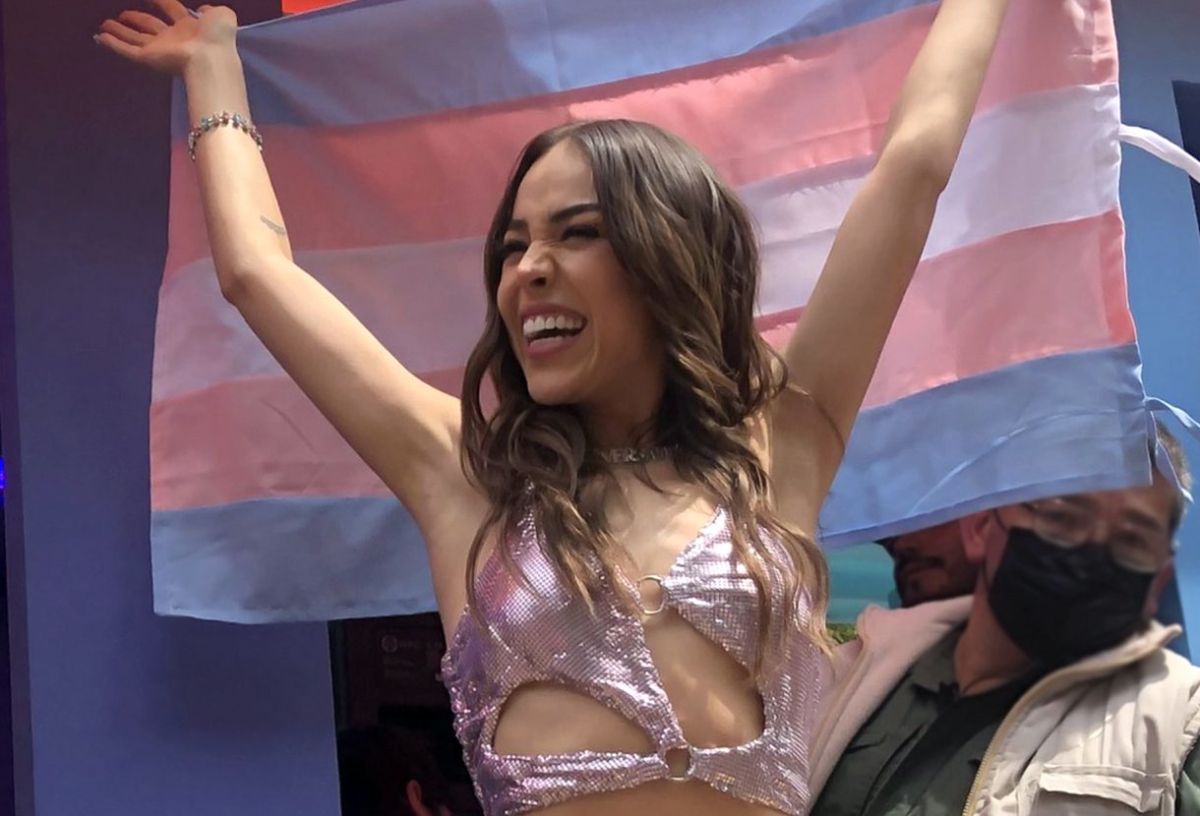 Danna Paola became the center of attention on July 21 during his presentation at The Youth Awards 2022where received strong accusations about the appearance of his bodybecause according to his detractors, he could be suffering from an eating disorder since she looks extremely thin.

Faced with the wave of criticism, fans recalled through social networks the fragment of an interview offered by the Mexican actress and singer during the month of April, when she put a stop to those who are accustomed to commenting on the body of other people, which results completely unnecessary.

On that occasion, the star of the series ‘Elite’ stressed that she is in good health, but it is necessary to start curbing opinions about other people’s bodies since they have affected her considerably.

“These are things that we need to change, in a world and with a generation more depressive than ours. The more we support, stop talking about bodies and give opinions… because they have offended me a lot by telling me that I am now super skinnywhat if this, what if that… And the truth is that I’m healthy, I’m fine“, He stated during the interview that is also on YouTube.

Likewise, she took the opportunity to highlight that she has the support of professionals who advise her in all aspects.

“The people around me He cares about me and I work to be well, in physical health and the body does not define health. I invite you all out there to take therapy. Listening and getting to know each other is super important,” she added.

But this is not the only time that the interpreter of “Bad Fame” and “Hey Pablo” has faced criticism for this same issue since during an interview with Yordi Rosado She recalled how difficult it was to be singled out for gaining weight when she moved to Miami, Florida at age 19.

And it is that due to the nightlife and that at that time he did not take care of his diet, in addition to suffering hormonal problems, he gained around 10 kilos, causing some conflicts just when he was in the middle of an advertising campaign for hair products, but because “she looked fat on tv” they would have to cut some images, which caused him certain insecurities.

“That information got into my head. Why am I being singled out for my weight? They began to create in me an insecurity that I didn’t have. It was a rejection of myself. He had zero self-esteem. My only priority was to look good, not whether I sang or acted,” she explained.

You may also like:
–VIDEO: Danna Paola causes controversy with a daring outfit to premiere her new song
–Danna Paola would have asked to stop the attacks against her appearance due to her extreme thinness
-Danna Paola would be suffering from an eating disorder, says Mexican magazine

See also  Why do children grind their teeth?