BMW has shaped the new urban mobility on wheels. Is named Definition CE 04 and the German brand showed it at the #NEXTGen event, where it also presented the new iX electric SUV. It is a very advanced prototype that stands out for its design, its electrical nature and its commitment to connectivity. BMW, however, has not confirmed that it will directly derive a production motorcycle.

From what can be seen in the photographs, it has the size of a medium maxi scooter, with a considerable length and a remarkably low height.

The front runs diagonally giving rise to a fairly wide mask, while the seat and the central area are very close to the ground. This allows a very comfortable driving position and with a completely straight back, as well as a really low center of gravity.

This also contributes to the position of the batteries, which, as in an electric car, are located on the floor of the motorcycle. Now, the German brand has not revealed any data about its mechanics, beyond that it is designed for urban users who travel about 12 kilometers per day.

The average daily use proposed by the brand is really low, which makes clear the urban vocation of the prototype and anticipates batteries of the right size: presumably the autonomy will not be great.

Regarding connectivity, BMW Definition CE 04 allows the driver to connect the mobile with the scooter, so that he can view its content – such as the navigator’s indications, for example – 10.24 inch screen which acts as an instrument panel. 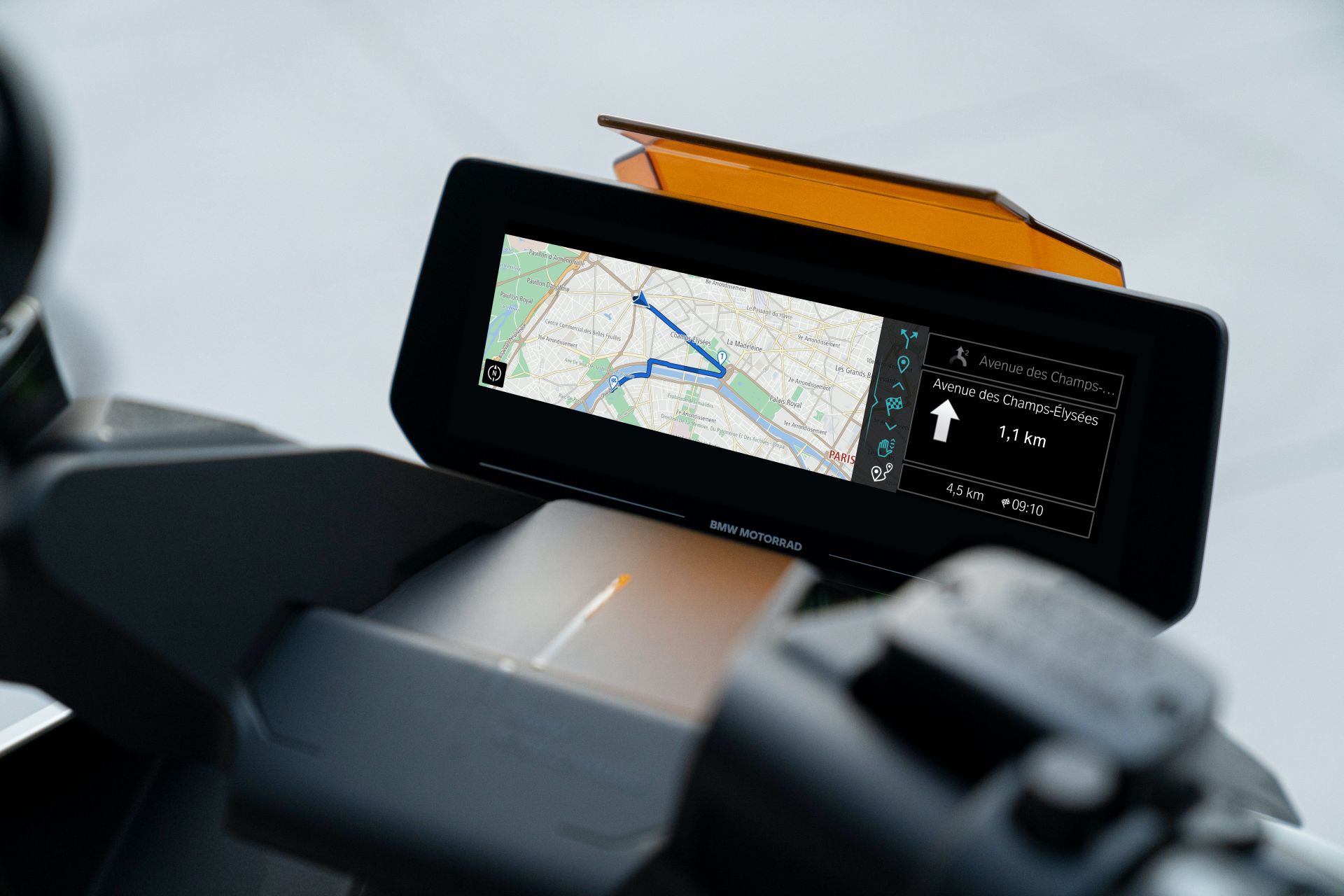