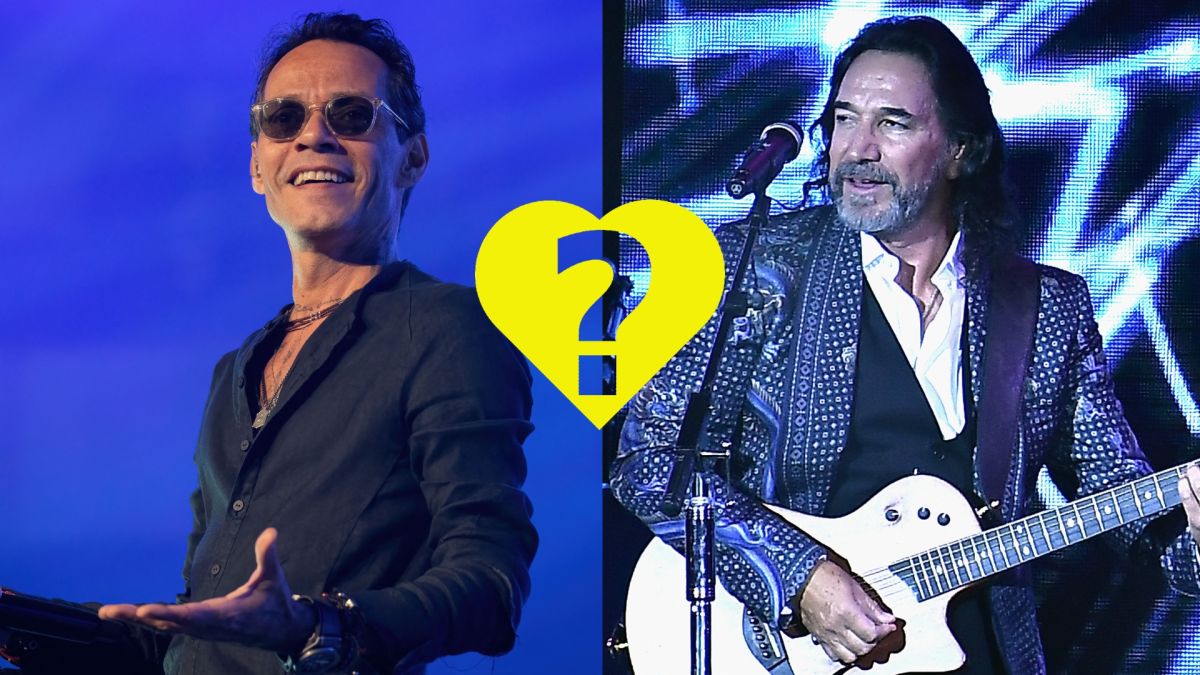 The renowned composer Marco Antonio Solis He has become one of the most important musicians in the world. The artist born in Mexico is going through a great present not only at work but also in his private life. However, at one point, he quarreled with his colleague Mark Anthony for the love of a woman”.

Better known as “El Buki”, with more than 30 years of experience in music, is currently touring the United Statespresenting not only his hits, but also his classics with his old band ‘Los Bukis’, formed when he was only 17 years old.

In addition, he is always very well accompanied by his wife, Cristy Solís, who also promotes her brand of tequila and is in charge of several Solis businesses. Another trait for which the Mexican singer stands out is for the love he has for his family.

Another consecrated artist who is recognized throughout the world is Marc Anthony. The Puerto Rican singer has been giving concerts in various parts of the world. Jennifer Lopez’s ex-husband has been characterized by having a busy love life.

Well, all his partners have been from the entertainment world like Jennifer Lopez with whom he had twins, Shannon de Lima, among others. Currently, Anthony confirmed his romance with the 23-year-old Paraguayan model Nadia Ferreira.

Both Solís and Anthony are two of the artists of the Latin and romantic genre. Both musicians, throughout their careers have had many loves, which have come to light and others were hidden.

A photograph would have sparked a controversy a few years ago between the Mexican and the Puerto Ricansince it was presumed that they “competed for the love of a celebrity”, such as the Italian singer Laura Pausini.

Some years ago, It was Solís himself who shared an image where you can see Buki on one side and Anthony on the other, kissing Pausini’s cheek. However, they were in charge of denying rumors of infatuation and assured that it is a close friendship that the three have for a long time.