It is the benchmark for smartwatches, the Apple Watch is a staple in the Apple ecosystem today, and there are few days when the Apple smartwatch does not come to the aid of a person. in distress. If the impact of the watch is considerable, not all Apple Watches are equal, and in the same way as for the iPhone, Apple regularly updates its watches to always better equip them.

The latest generation, the Apple Watch Series 7 thus takes into account the heart rate but also the oxygen level in the blood. It is also possible to perform an ECG (electrocardiogram) directly with your watch. In addition to e-health sensors, mandatory today on a connected watch, Apple has made efforts on the screen itself of its watch.

Apple Watch Series 7 or 3: you have to choose

Indeed, on the Series 7 the latter is announced as 50% larger than on the Apple Watch … Series 3. A comparison with the 2017 model which is not hazardous. Indeed, the apple watch was a real success that year, and the product is still available today on the Apple Store, in the same way as the Apple Watch SE.

But if you go to the Apple site, no mention is made of the Series 4.5 and 6 which are already no longer in production. Only the Series 3 remains, with its rather aging design. This watch, 5 years old now, seems out of the box, and Apple is considering removing it from sale.

Indeed, according to the latest report from Ming-Chi Kuo regarding the Cupertino company, the latter would think internally about removing the Apple Watch Series 3 from its store. Old this watch will soon no longer support WatchOS updates and it seems very complicated for Apple to always sell a new product, when the latter is not up to date at the software level. 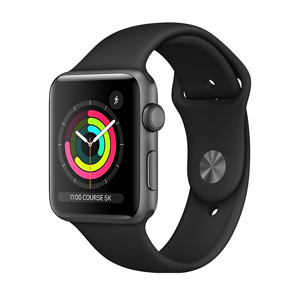