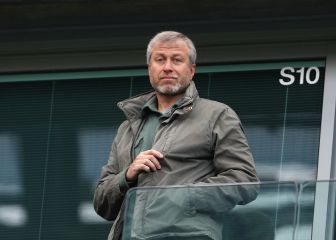 The deadline is approaching, May 31. There are still no agreements and the planning within the club for the next campaign is still at a standstill. Like everything in Stamford Bridge recently. In a statement posted on Chelsea’s website on Thursday, current owner Roman Abramovich confirmed that he still intends to donate the money raised from the sale of the club to charities.

“Since the initial announcement, Mr. Abramovich’s team has identified representatives from United Nations bodies and large global charities who should form a Foundation and plan their future activities,” says the statement. According to it, Abramovich himself has not participated in this process, relying on “independent experts with years of experience working for humanitarian organizations.”

Roman Abramovich’s spokesman also denied that the Russian tycoon has asked for the loan with which he bought Chelsea to be returned. Likewise, the statement flatly denies that Abramovich has asked for more money for the club at the last minute.

Statement on behalf of Mr Abramovich.

“Following the sanctions and other restrictions imposed by the United Kingdom on Mr. Abramovich, the loan is also subject to sanctions from the European Union. This means that the funds will be frozen and will have to go through a legal procedure. These funds will go to the Foundation. The British Government is aware of these restrictions and their legal implications.”