Inflation is wreaking havoc this past year. The shortage of materials, the increase in IM or the high demand are some of the main reasons. Unfortunately, the love of cars is becoming an inaccessible hobby. But do not lose the hope. Lucky that some jewels like the first generation Suzuki Swift Sport They are here to encourage you.

Fun, reliable and affordable, very affordable. And above all, a versatile car that will provide you with practicality for the urban circuit and sportsmanship for a section of curves. Didn’t you have the Swift Sport on your list of favorites? Still haven’t decided what to buy? Attentive, that in addition to being a good car has all the ballots to become a future classic with which to invest. 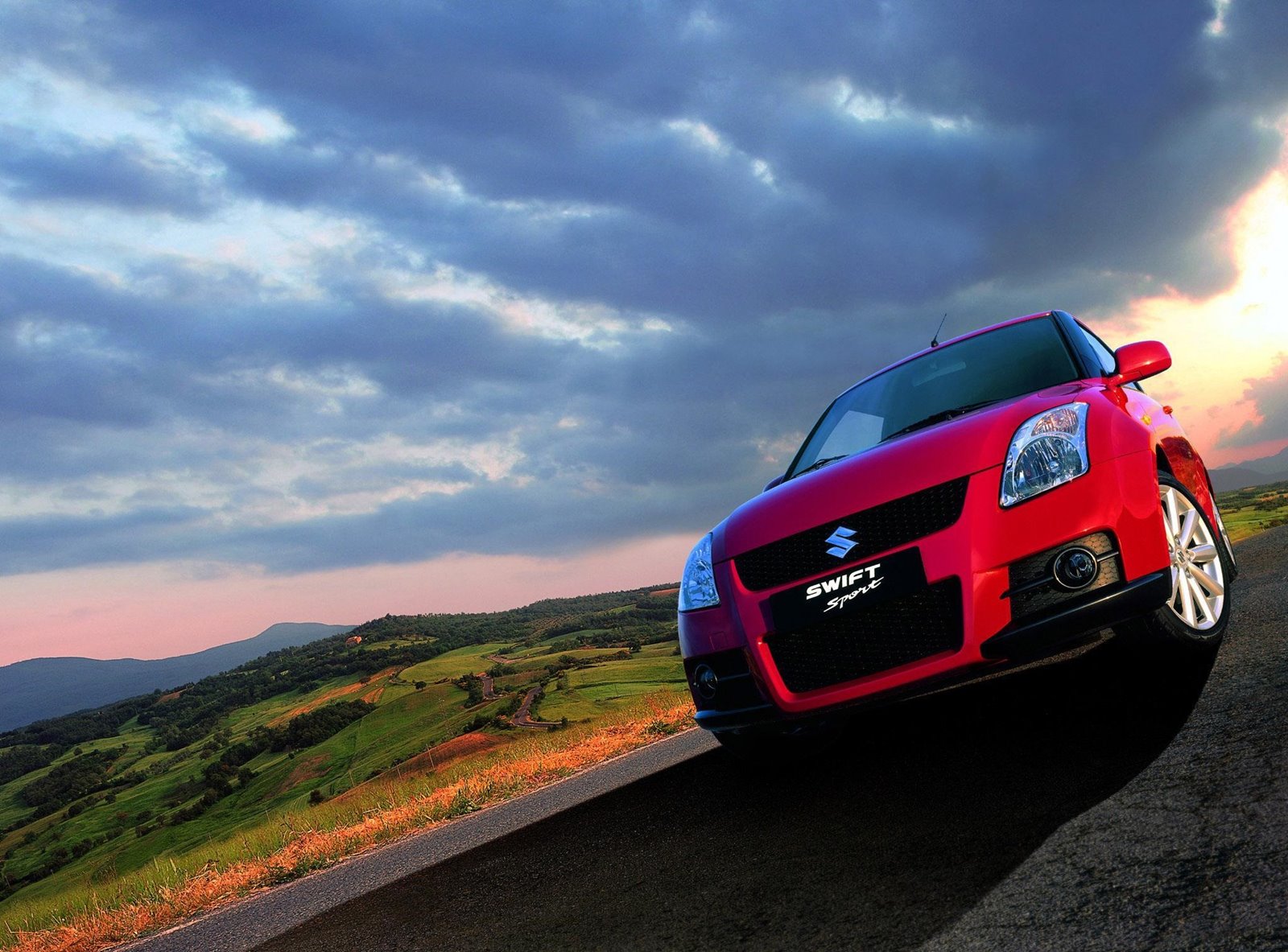 The Suzuki that had a lot of General Motors

In the mid-1970s, the US utility market was governed primarily by Eastern manufacturers. Brands such as Honda, Toyota or Nissan, among others, dominated segment B of the American territory. These gobbled up sales of those small, practical, low-cost vehicles.

General Motors, hit by the misfortunes of the oil crisis, was not willing to lose such a market bias. After analyzing it, he got down to work to face the Japanese giants. A team of engineers set out to design a small and desirable car for the local market. And it was no easy task. 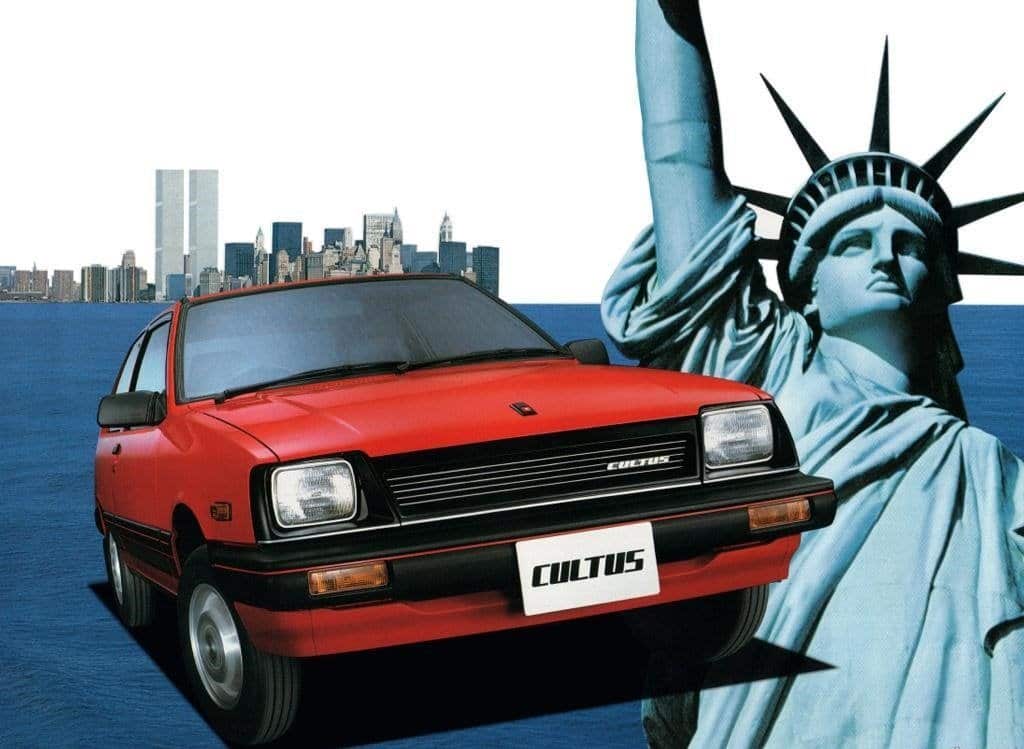 However, it would not take long for them to realize that, according to their forecasts, the project would not be economically viable. After all the efforts, she would end up giving up. General Motors had in its refrigerators a project for which he had invested and that, finally, would not materialize.

that’s when they offered him the option to buy it from Suzuki, which had an interest in the US market. The Japanese accepted, giving as “payment” 5% of their shares to General Motors. In exchange, Suzuki could sell the car exclusively in the US. 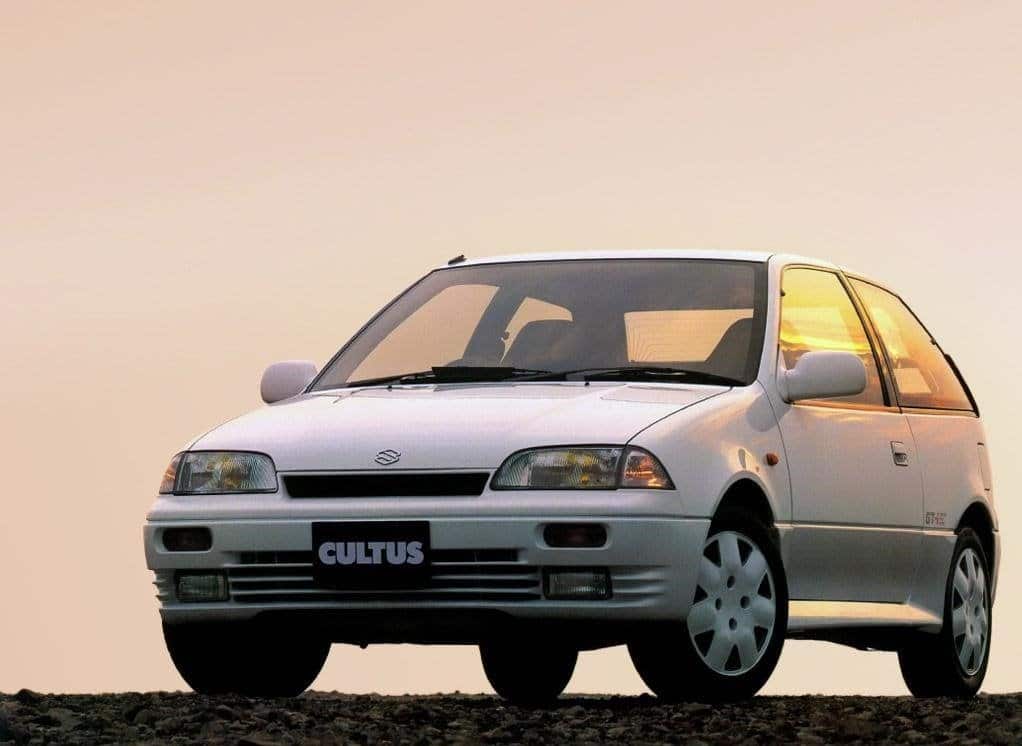 The base project of the Cultus was devised by General Motors, which was later sold to Suzuki.

The Japanese did not have many complications to finish developing the concept. To do this, they borrowed some elements from Alto, which at that time was already being marketed. Finally, in 1983 Suzuki released the Cultusa utility of three and five doors with gasoline engines of 1.0 liters.

However, if in the United States the model took the name of Cultus, in other regions they would baptize it differently. In Canada they would call it Pontiac Firefly; Suzuki Geminett in Japan; suzuki forsa in Indonesian or suzuki swift in Europe. The latter is probably more familiar to you.

While the Cultus was born, so was a sports version that they would call the GT-I. It would serve as a precedent for the Swift Sport. The Cultus GT-I It had a 1.3-liter engine with DOHC system, electronic injection and 100 hp. For that moment, more than enough benefits to be able to enjoy a sports car. 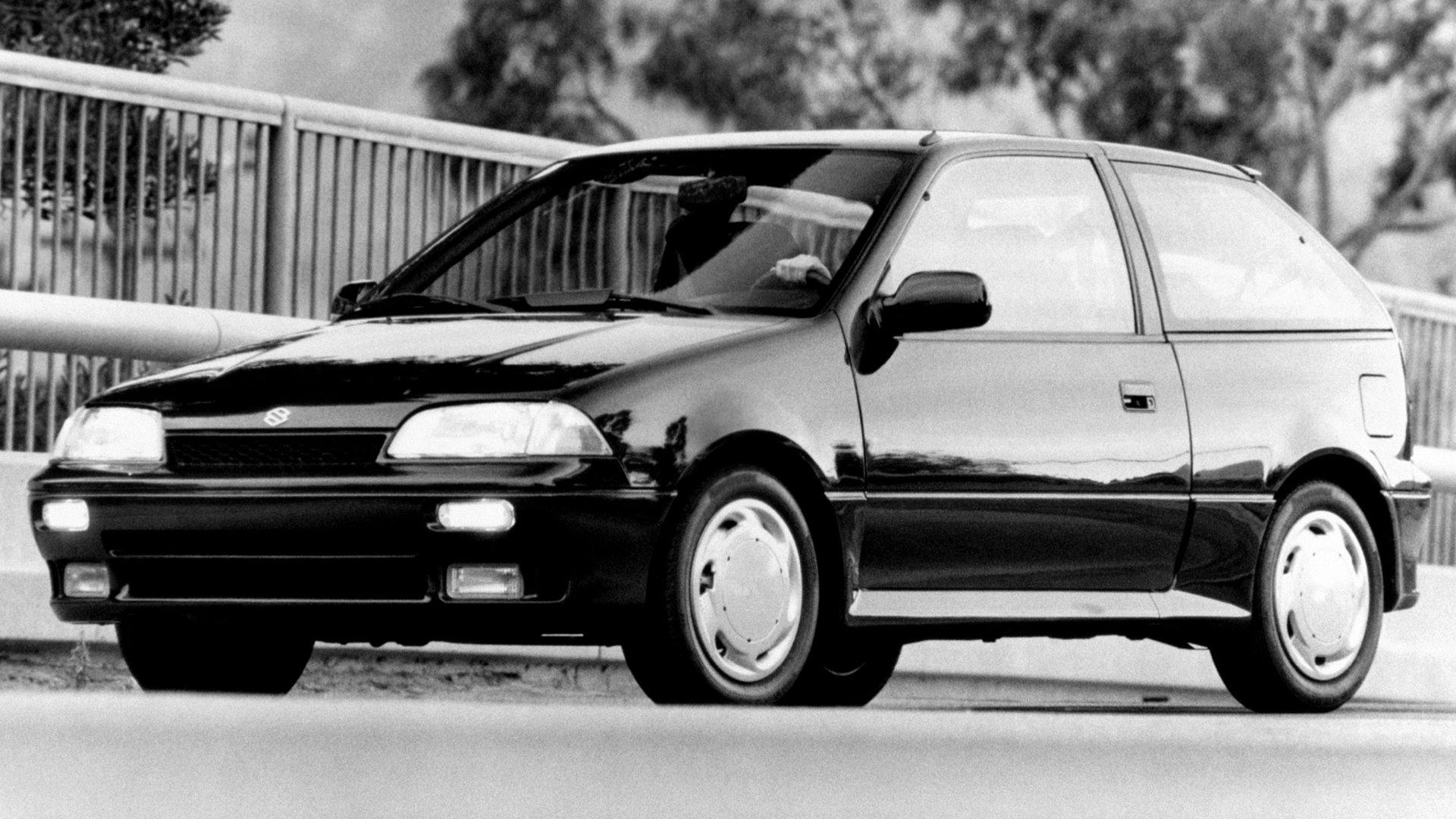 In 1988, Suzuki met with General Motors to give the Cultus a new facelift. Similarly, so would the GT-I version. They received a more modern look and added 15 hp to the 1.3-liter engine, with some improvements. Still, neither the original Cultus nor the GT-I got much of a buzz. In the mid-nineties the Cultus ended up passing to a better life.

Having replaced the Cultus with the Ignis in the 1990s, Suzuki undertook a new project from scratch. The plans were to conceive a more ambitious and attractive utility vehicle, moving away from what had been marketed to date. Thus, in 2004 the brand launched the new Suzuki Swift, based on the S and S2 prototypes, which had already been presented in previous years.

The first generation of the Swift Sport is obviously part of the b-segment. It measures 3.69 meters long, both for the 3 and 5-door version. Its great attractions are its conditions as a city car and its transgressive design, in addition to having a very attractive sports version. 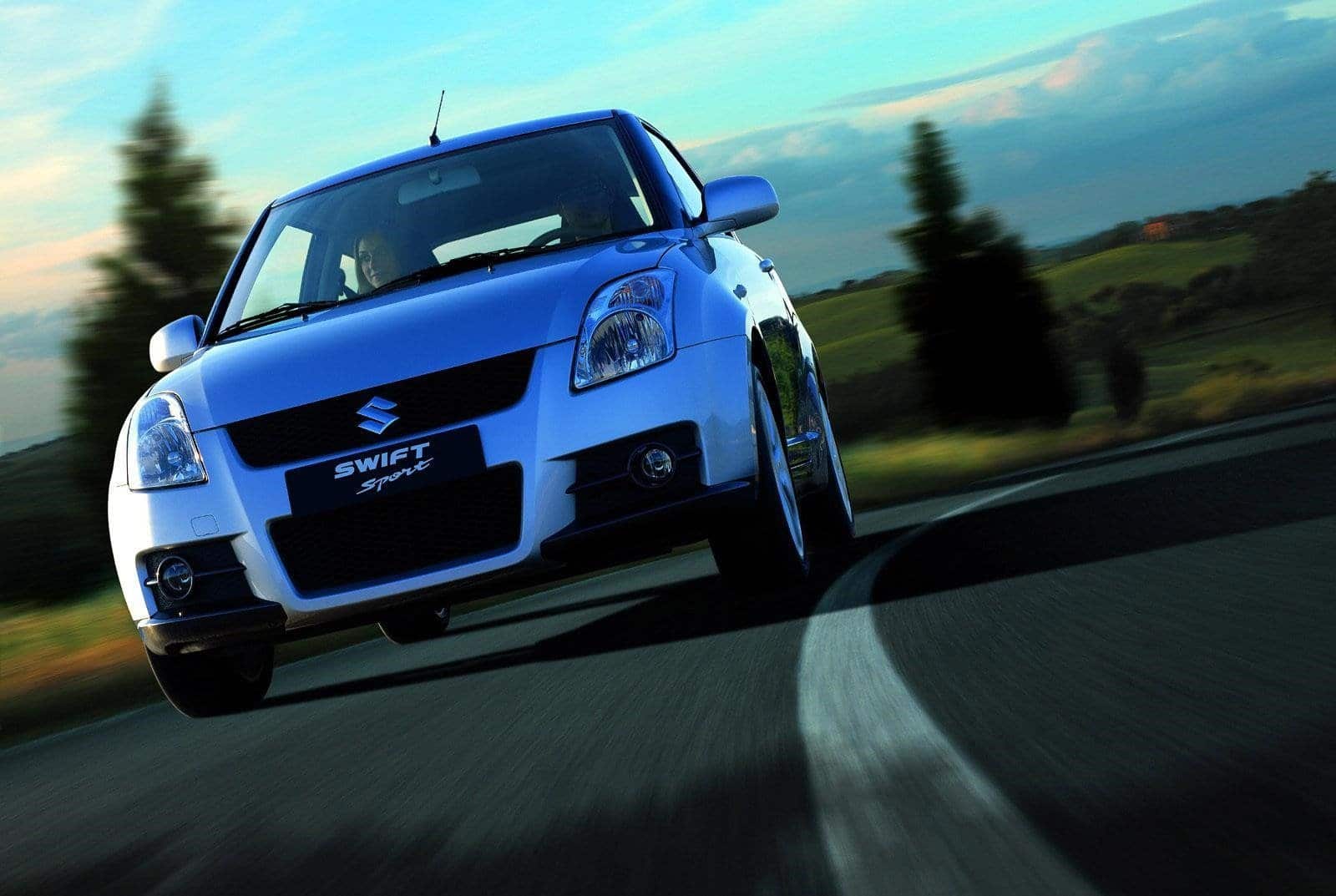 This is the sport premiered in 2005 and that is still on the market today, now in its third generation. The Swift was well received, especially in the European market, something that had not happened to date. This new product was able to cope with the sales of some giants, such as Toyota and Nissan.

In fact, you may remember his peculiar advertisement with Cristiano Ronaldo in 2005, which would catapult their sales. Here is the video:

Inside and outside the Suzuki Swift Sport

From a first glance, the differences between a Swift Sport and the regular version are slim. Most striking in its design are the front and rear bumpers, which give it a streamlined look. Additionally, side skirts wrap the Swift Sport in a more transgressive aura.

In the back, two exhaust pipes They give the car a robust appearance. Its design is accentuated by the tailgate spoiler, which has a primarily aesthetic function. To top it off, this sports version has 17-inch wheels, with the possibility of opting for 16-inch wheels. 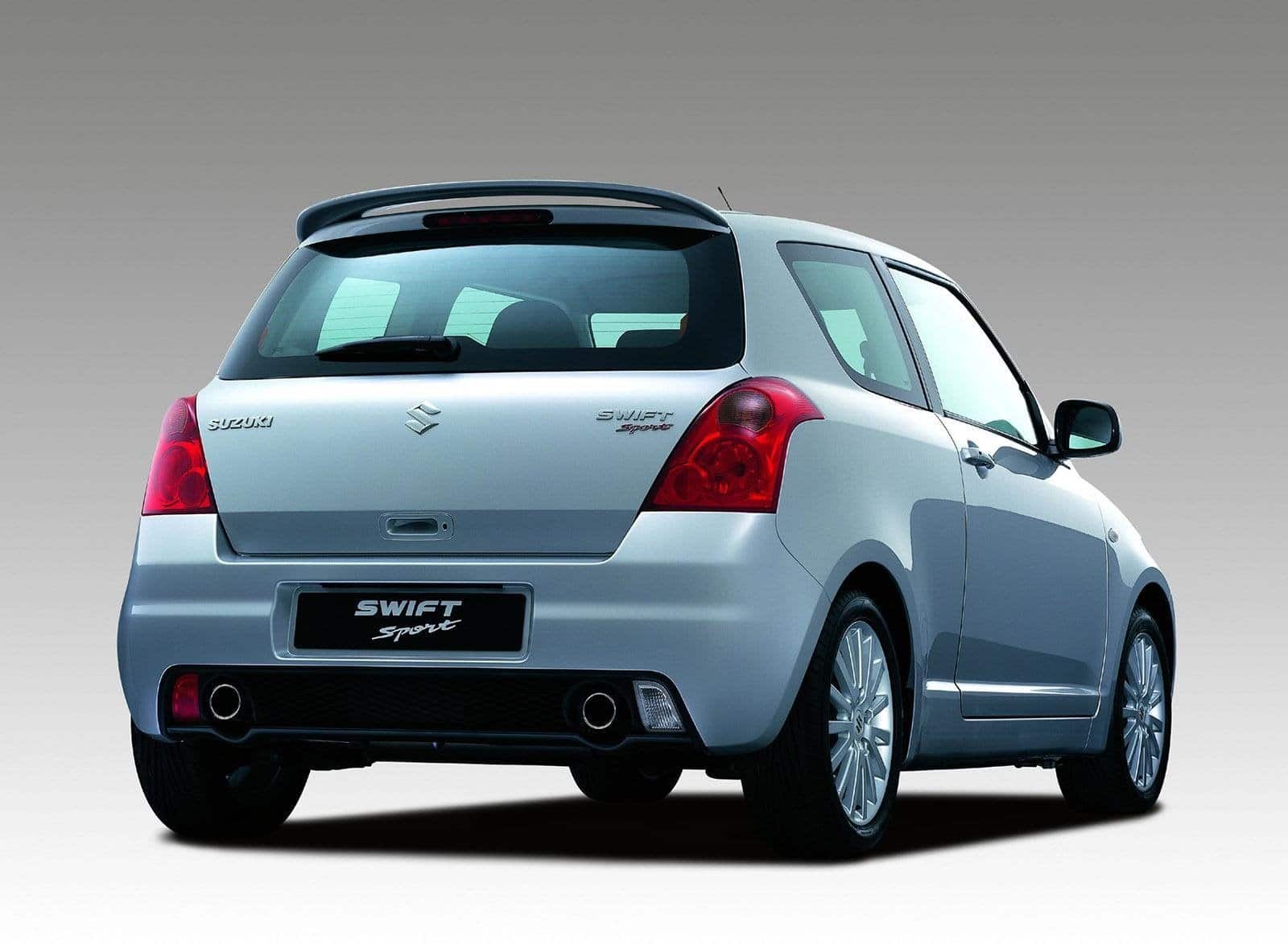 Inside, what stands out most are your sports seats. These feature a red band, a colored detail that extends into the door panels as well. At the controls, the steering wheel is covered in leather and sports pedals with metallic finishes. 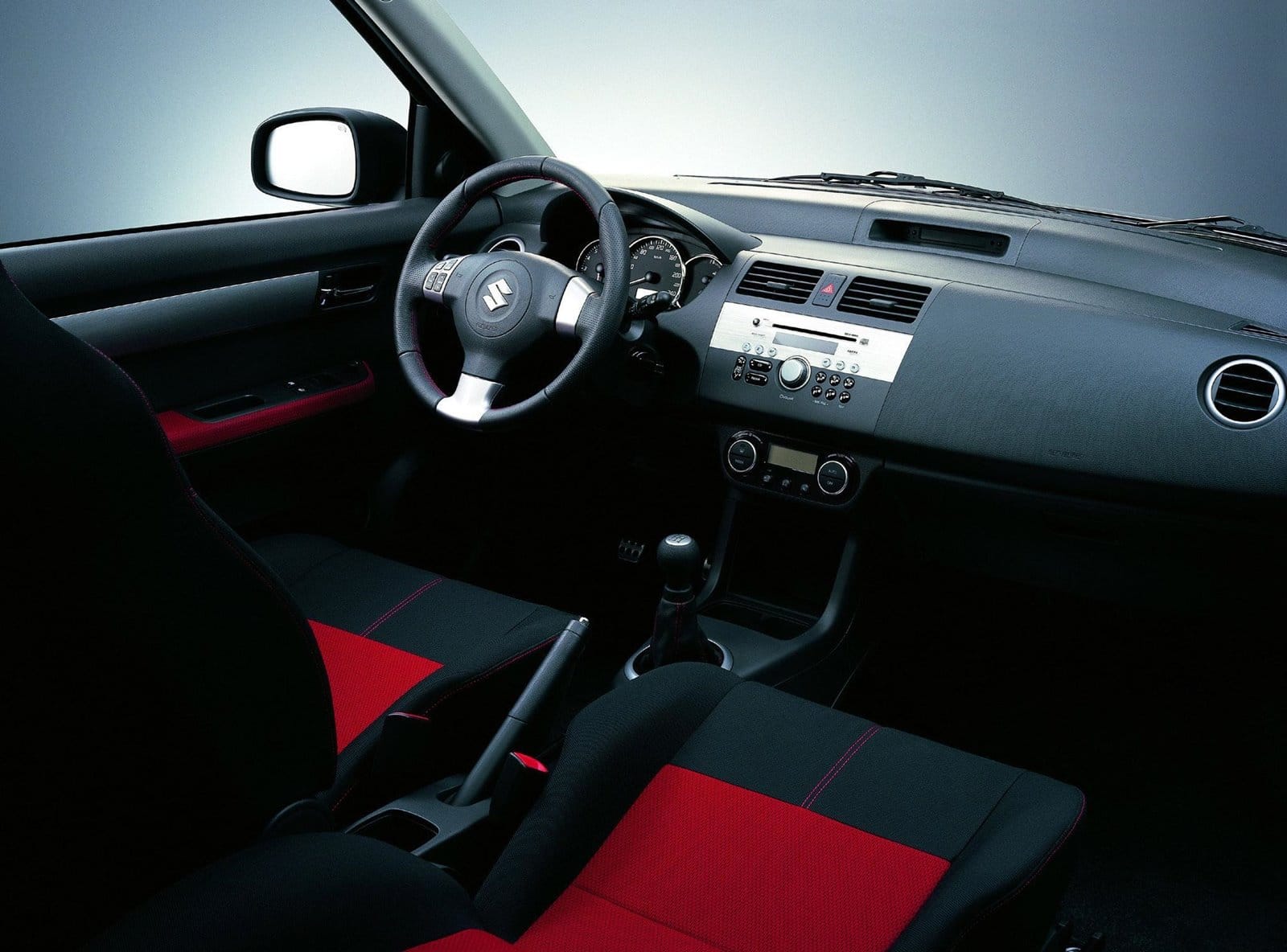 Under the hood of the Suzuki Swift Sport

A gasoline engine four cylinders and 1.6 liters displacement, called M16A, gives life to this model. As you might expect, the M16A is naturally aspirated with a variable valve timing system, in line with the Japanese product. this delivers 125 hp at 6,800 rpm and a maximum torque of 148Nm at 4,800 rpm.

One of the most notable points is its high compression ratio, from 11:1. The engine consists of a gray cast iron block and an aluminum cylinder head. Its forged pistons have an oil jet, ideal for lubrication and temperature dissipation. Its chain-driven timing system boasts 16-valve breathing and dual overhead camshafts. 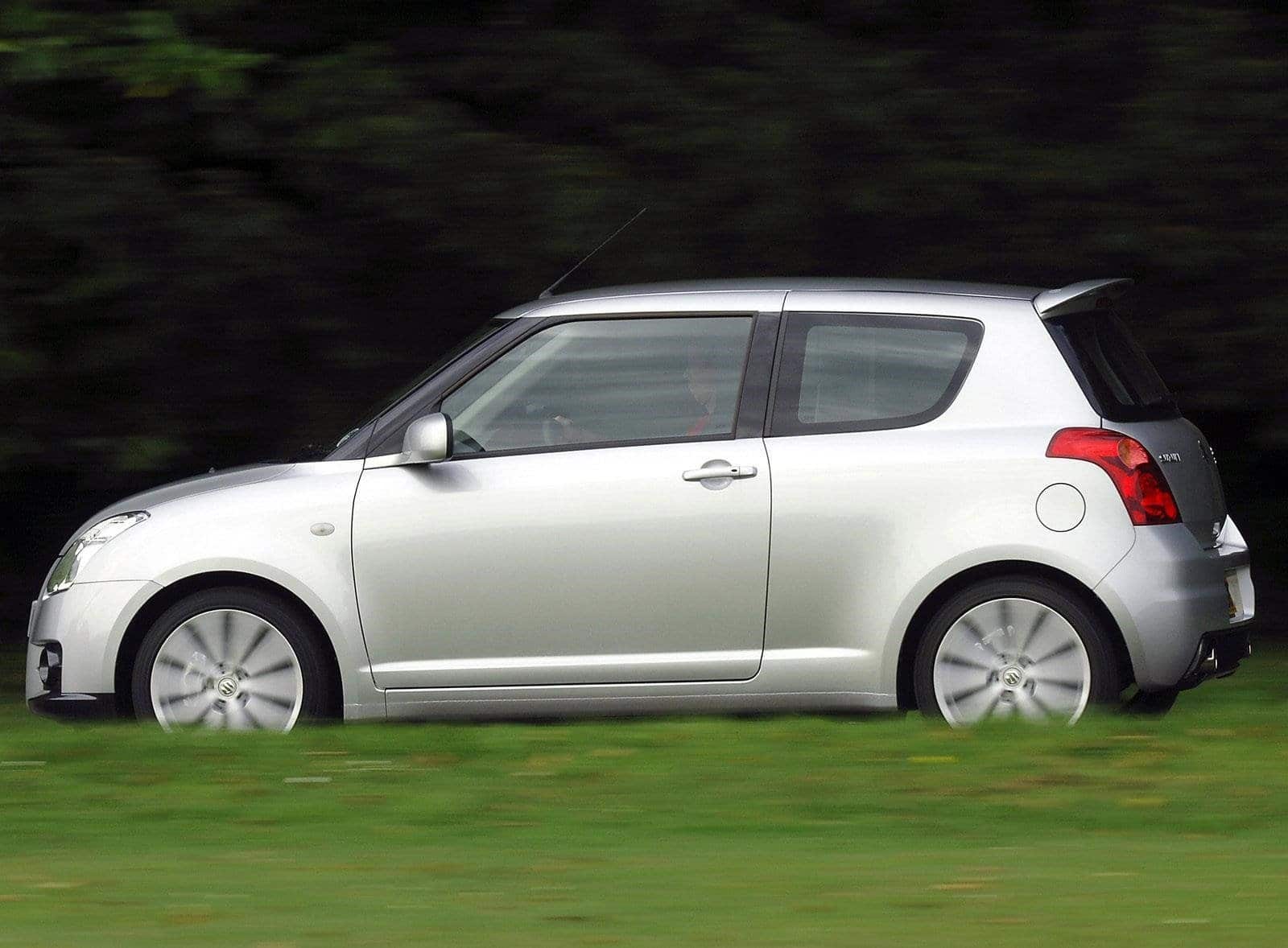 All of this is associated with a five-speed manual gearbox, not available automatically in the Spanish market. The gearbox has very close relationships, except for the first. In the same way, the fifth gear also mounts a very closed gear, a great problem for the consumption figures.

Aboard a Suzuki Swift Sport

Accustomed to turbo engines, one already forgets how a japanese atmospheric worked. Driving the Swift Sport will have you playing hand-to-hand with the gear change. Start the vehicle, put first and do not go below 4,000 rpm. In fact, it will require you to ride high on turns if you want to link up well with a good curvy road.

For their 1,105kg weight, the lack of power may be one of its weak points. You must think that a 0 to 100 km/h in 8.9 seconds It is a somewhat humble figure for the rest of its competitors. These can be Renault Clio Sport, a Ford Fiesta ST or a MINI Cooper S, for example. 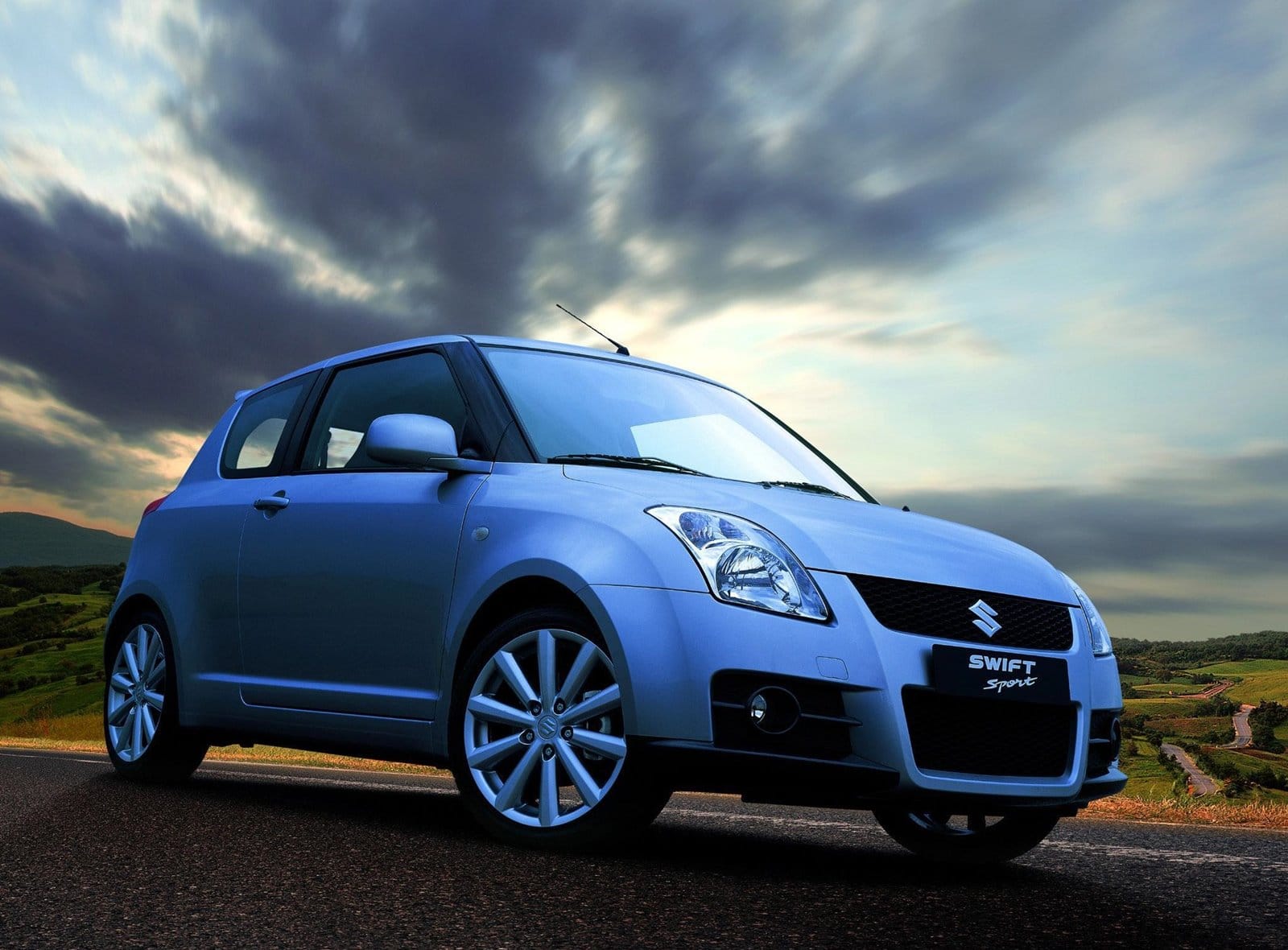 Even so, the dynamism on the road is much more fun, and his behavior is noble. It sticks very well to the asphalt, and even the rear axle can be playful in a curve. Driving the Suzuki Swift Sport is a delight. Despite its slight lack of power, handling on twisty roads is excellent and fun.

The Suzuki Swift Sport mounts a McPherson strut front and a torsional rear axle, combined with a Monroe damping system. The undercarriage is constituted with a spring adjustment different from the standard version, and with special bearings. In addition, it equips stability control, which was already beginning to become popular at the time. 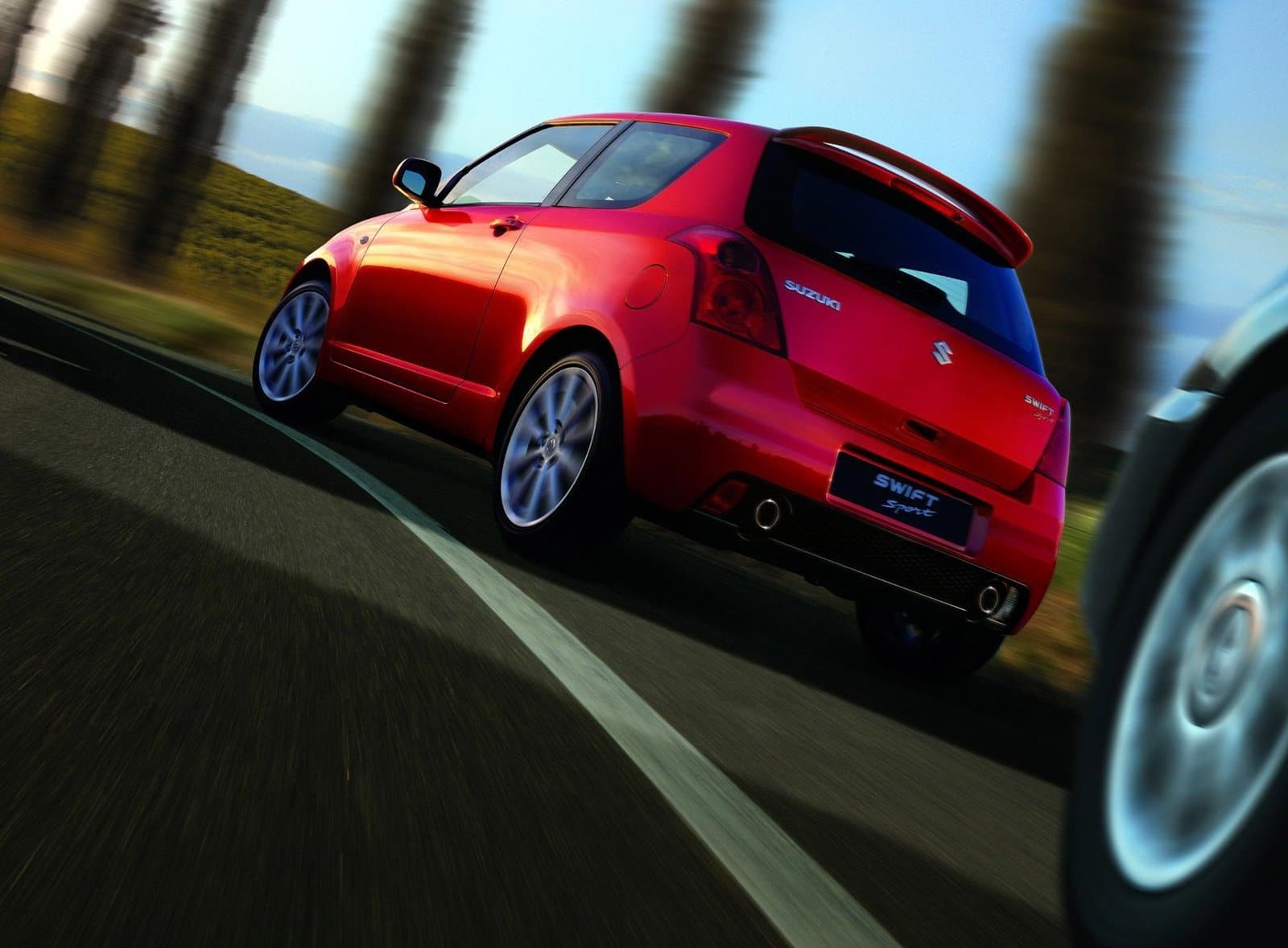 The brake provides a resounding tread and tolerance to fatigue, enough for the power it delivers. The steering, electrical assistance, may be guilty of having a somewhat artificial touch. Despite this, it has a very direct relationship, ideal for tackling winding road sections.

Still, not everything can be good. And it is that the consumption of a Suzuki Swift Sport is quite high. Taking into account normal driving, and with some sections of sporty driving, we can place ourselves at 9-10 l/100 km on average. Its great enemy is the highway, since its gear ratios are closed and it requires high revs.

What you should keep in mind

Of course, buying the first generation Swift Sport is a sensible purchase. In general, it is a reliable car, very reliable, although you should check some points. You already know that the most important thing is to keep your service history up to date, something that, unfortunately, may not happen.

The use of 95 octane gasoline is where it sins the most. Given the high compression ratio of this engine, it is appropriate to refuel with 98 octane gasoline. Otherwise, in the long run, faults appear in the exhaust system. The most punished elements are the lambda probe or the catalytic converter. 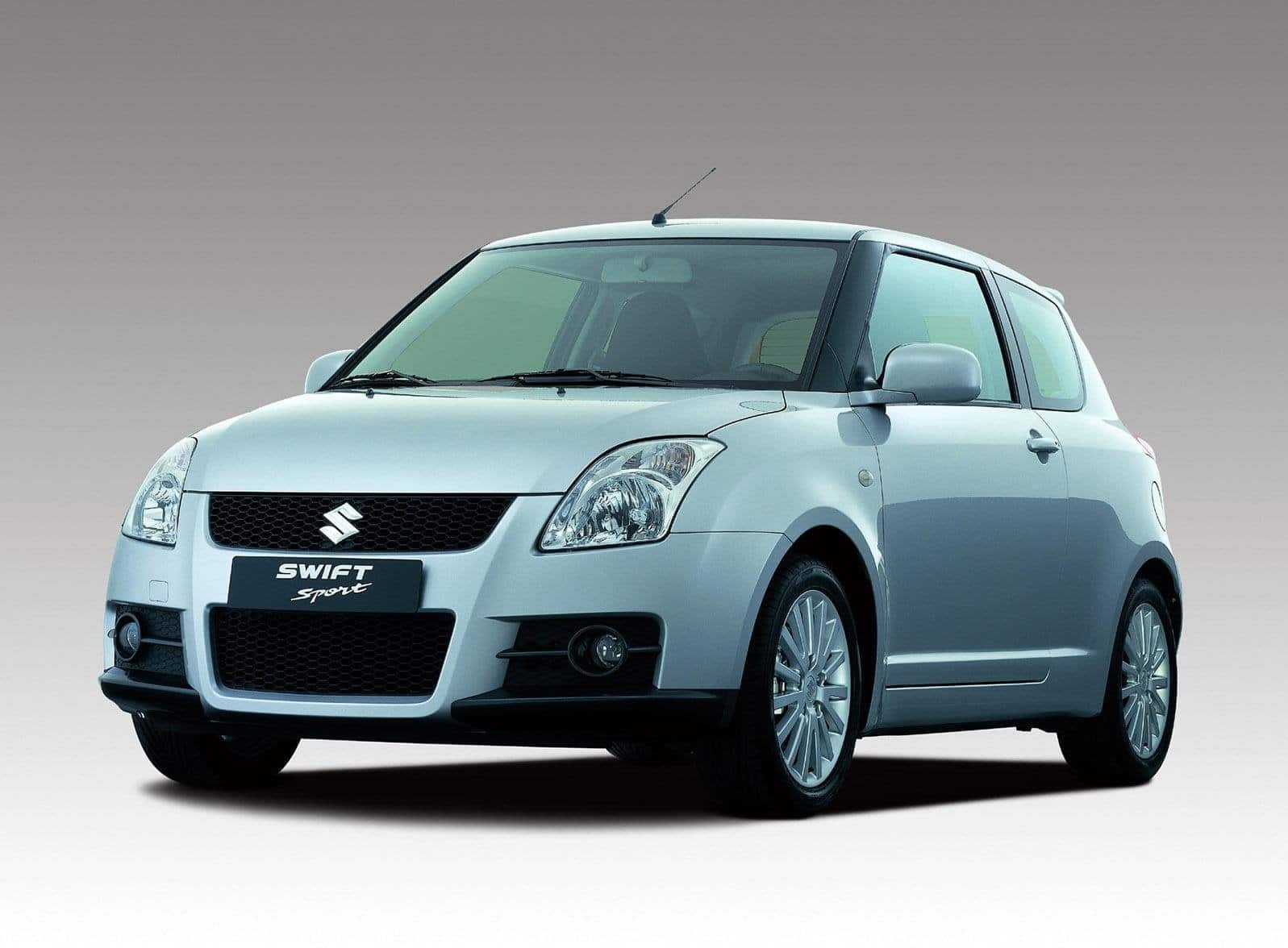 These can be damaged, ending with a consequent unfavorable ITV report. Timing chains do not usually require maintenance, but it would be nice if you took a look at the tension. He checks that when the engine is running they do not hear strange rattles. It is possible that in these engines there may be problems with the cylinder head tappets.

Also check that the VVT variable valve timing system sensors make a correct reading. We will notice that while driving, the car can jerk a few times, and can even come to a stop. It is not an expensive fault to repair, but it can get damaged.

Otherwise, there is nothing to fear from this car. The maintenance does not present greater complications than those of the standard version of Swift, and they are not expensive either More reasons to buy it? The insurance is cheap, and you even enjoy the “C” emissions label, which can help you enter depending on which urban centers.

What can we pay for the first generation Suzuki Swift Sport?

For purchase, there are not many units for sale, and some may need some care. Check very well the unit you are going to buy and check that the maintenance is up to date. Be careful with the modifications, which can bring you more than one headache, and not only on the ITV. 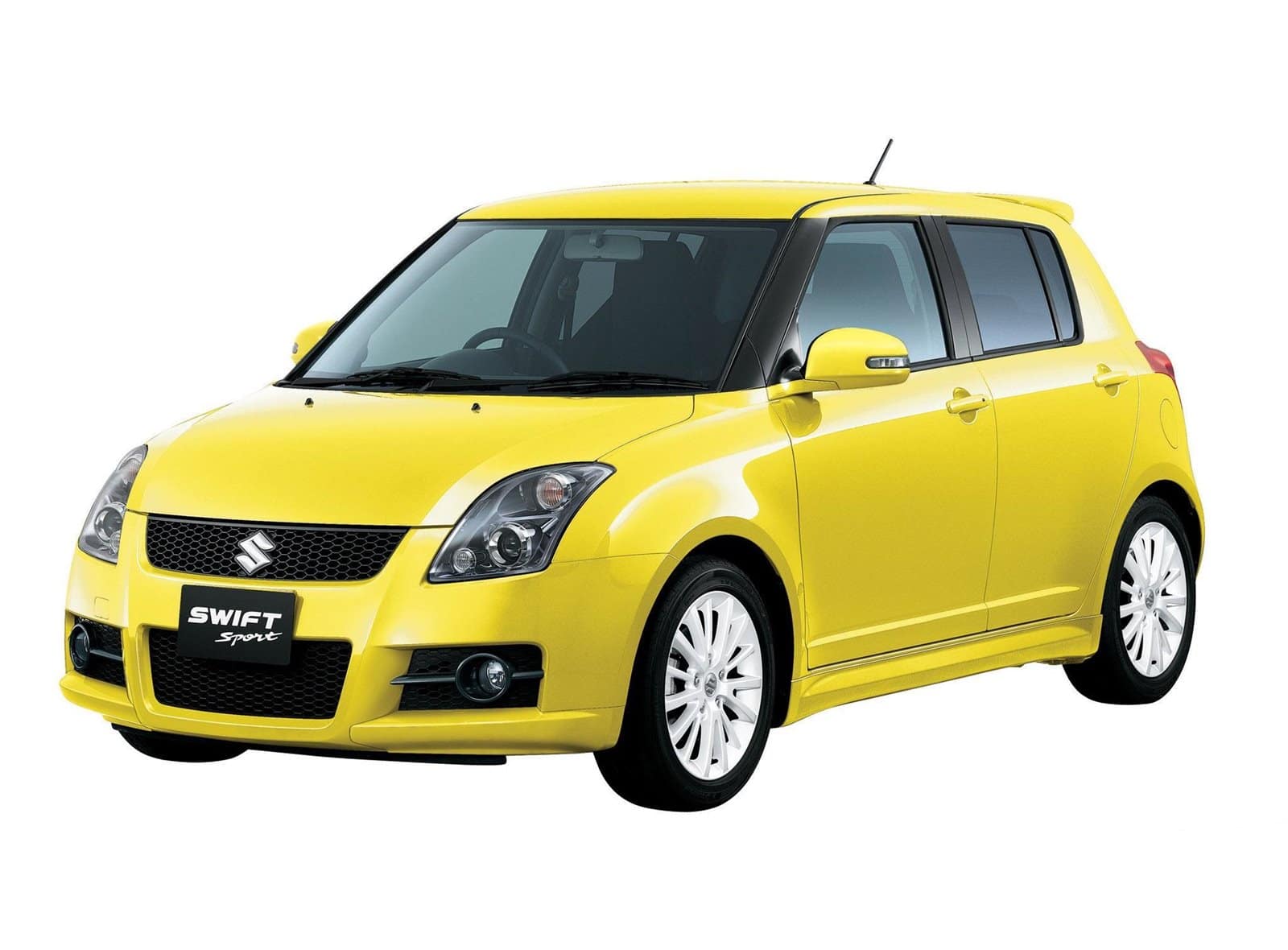 Prices for a first-generation Suzuki Swift Sport unit in good condition can hover in the range of €4,500 to €6,000. Keep in mind that it is an eternal motor. In addition, in addition, as we have already told you, it is likely to be one of those future classics that end up being revalued.