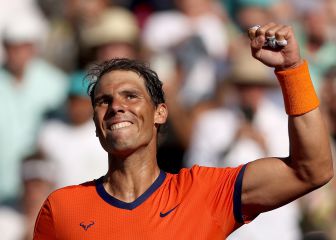 Sport appears strongly among the usual queries from users in Spain of Alexa, Amazon’s virtual assistant that works by voice and that adds almost four years since its arrival in our country.

Football is among the main demands, especially those related to the matches of the day, schedules and results in real time. Among the most requested teams stand out Real Madrid, Barcelona, ​​Atlético, Sevilla or Betis.

Rafa Nadal and other queries.

In the first quarter of the year it has also aroused a lot of interest Rafael Nadal. The matches and the age of the Balearic tennis player are among the most recurrent queries of users in Spain.

The war between Russia and Ukraine also attracts attention. Also noteworthy are the questions about history, cultural curiosities or the saint’s day.

A particular x-ray of our country based on the interests of Alexa users.