If you want racing and action on the road, Forza Horizon 5 is a video game that will meet your expectations. Developed by Playground Games and published by Xbox Game Studios, this is the fifth installment of this successful saga and the twelfth under the name Forza.

Although the wait has been long, this new video game developed entirely with the new generation of consoles, it’s here.

The open world of Forza Horizon 5 is set in a fictional representation of Mexico and it can also boast of having the largest map of all the Forza Horizons and that is to give you an idea of ​​how gigantic the map is, the fifth installment of the Horizon saga is 50% larger than the previous one.

In addition to roads, jungles, rivers and beaches, we will also have a fully active volcano, cities and lost temples. 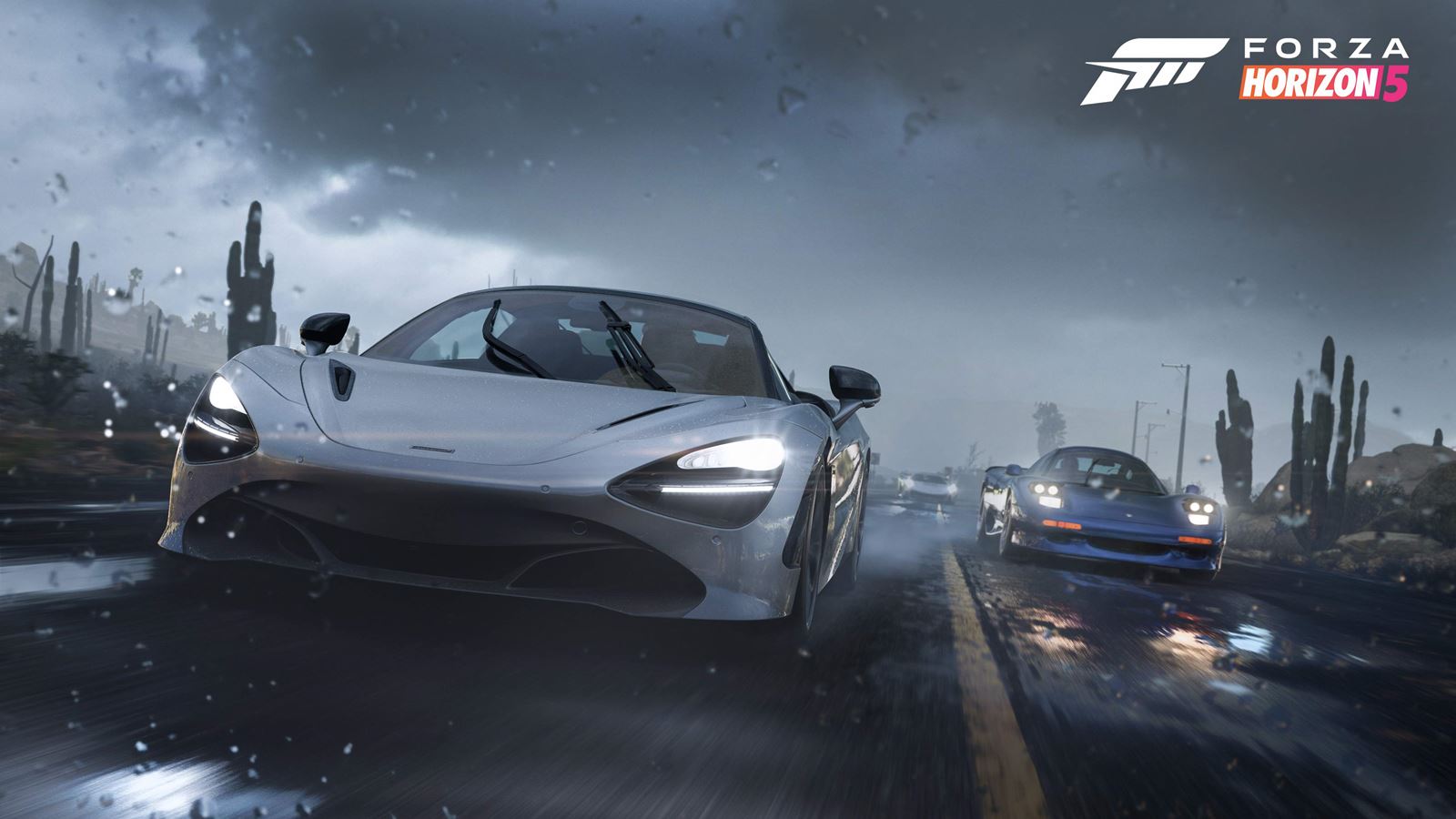 If you are on asphalt, you will have no problem and if you are offroad, neither and the open world allows you to explore whatever you want, whenever you want and in the car you want.

The Forza Horizon 5 starts as the fourth installment and allows us to test several models that are launched into the void from a gigantic cargo plane. Once we land automatically, we can explore the route and follow the thread until we finish the intro -very typical of the saga-.

The story is made up of primary and secondary challenges as well as special challenges and in all of them we can score points.

The controls are simple Although it will depend on the difficulty we want to endure. Despite this, the Horizon series is arcade and focuses more on fun and visual spectacle than simulation. 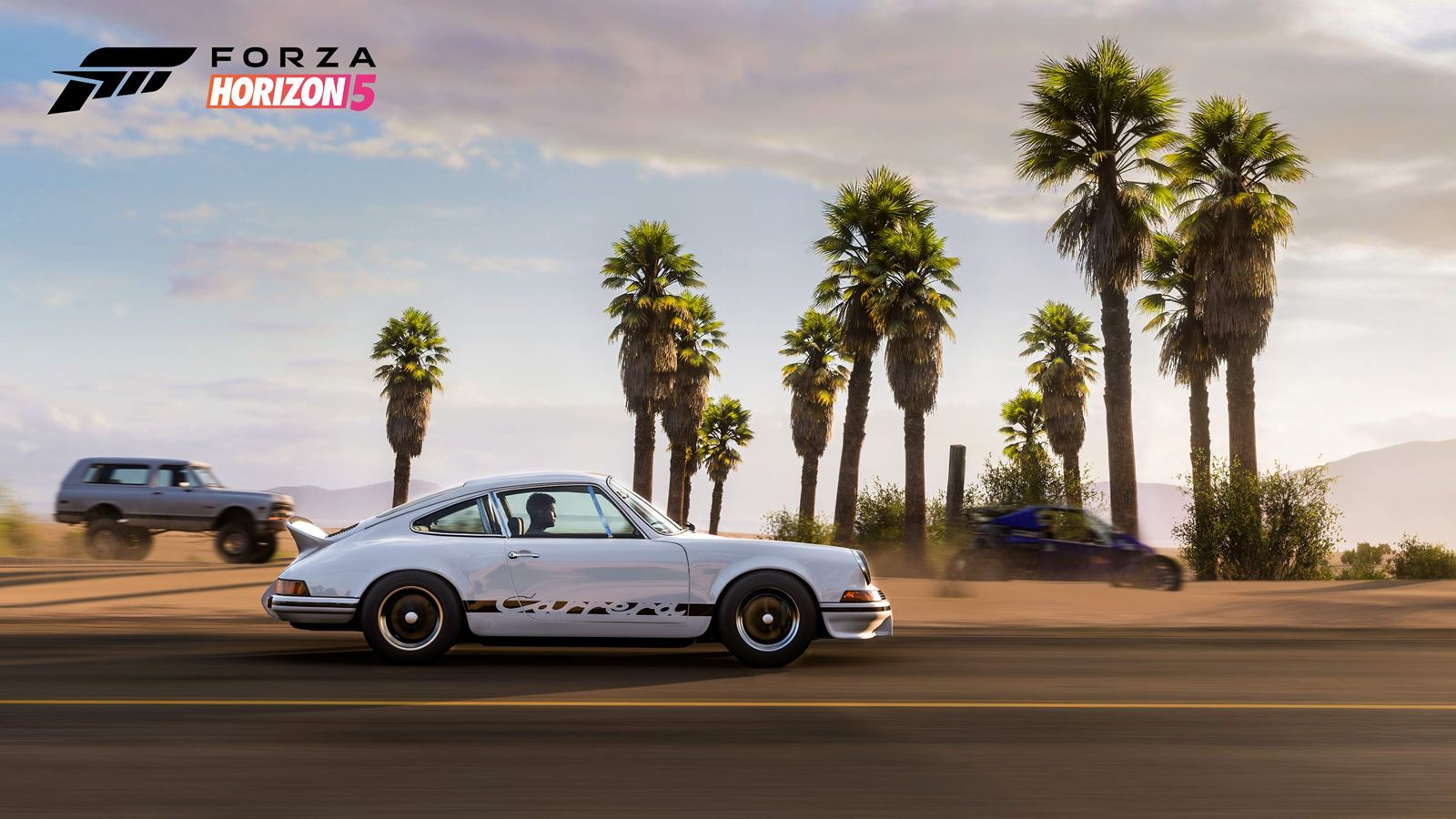 All the cars in the game -or at least the ones we have tested so far- are fully customizable and like the cars, our character is also customizable and we can choose from dozens of colors, hairs, prosthetics and much more.

Data from real actors has been used to give a more lively touch to the characters we use and when you start the game, you will realize that some of them will sound like a Netflix series to you.

Forza Horizon 5 brings a lot of content, features, and updates in this new installment. With many interesting improvements and changes. One of the main changes is the progression system. We will have great challenges, races, stunts, exploration, photography and collecting. 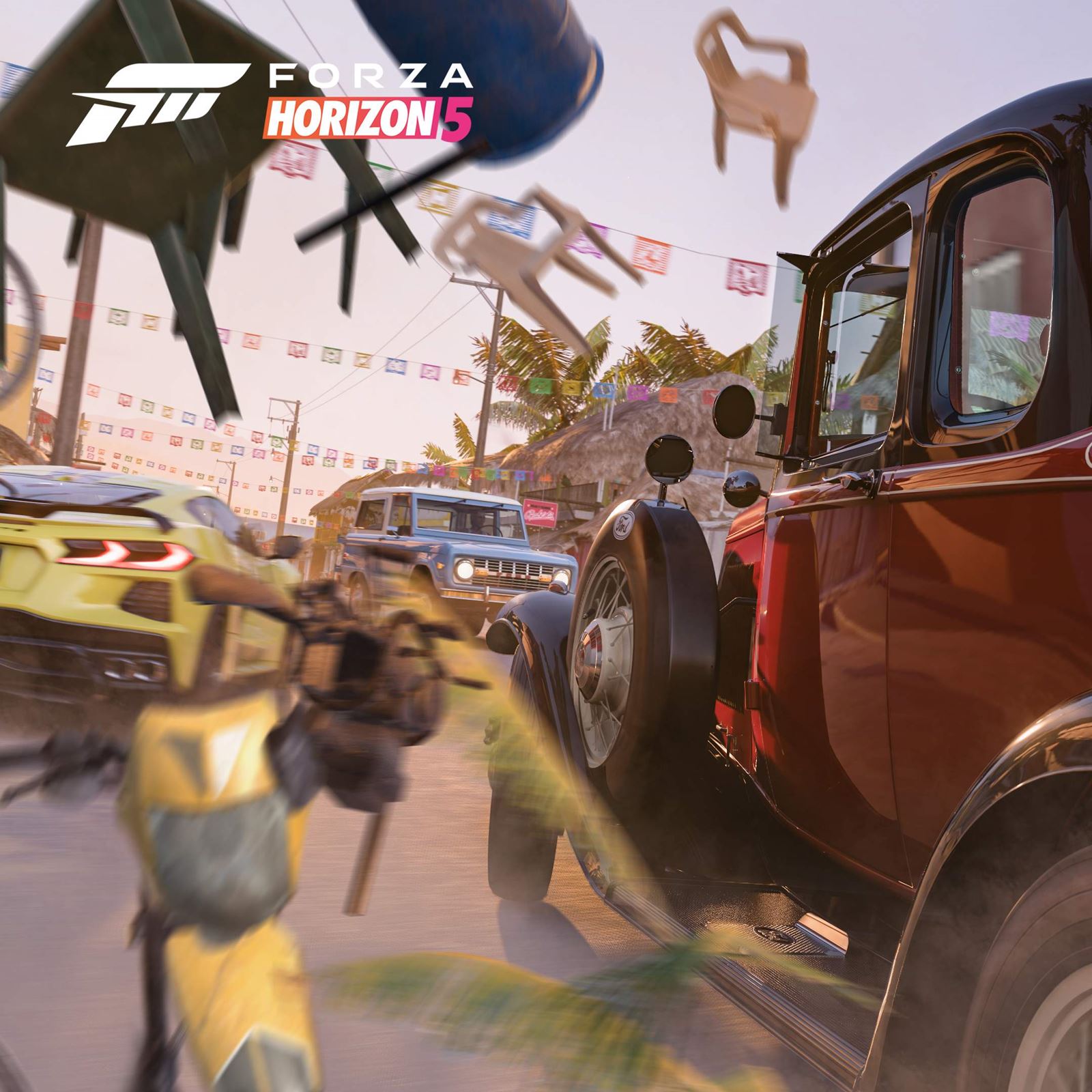 A unique feature that makes Forza Horizon shine with own light is the season system. The highly detailed weather system and exquisitely rendered it is a visual and incredible spectacle. Each of the stations provides a different racing environment, this makes the driving experience unique for each of them.

Like the fourth installment of the video game, the seasons are an essential part of the game and in Forza Horizon 5 we once again have four seasons and it takes place in Mexico where there is a dynamic climate. The four seasons are spring, summer, fall, and winter. Changes are made to replicate seasonality in Mexico.

Forza Horizon 5 introduces a new weather system (local weather) in which players can visit one side of the map and can visibly see the spectacular storms that, depending on the season and the place where we are, may be water, dust and with it, the vegetation will react accordingly. 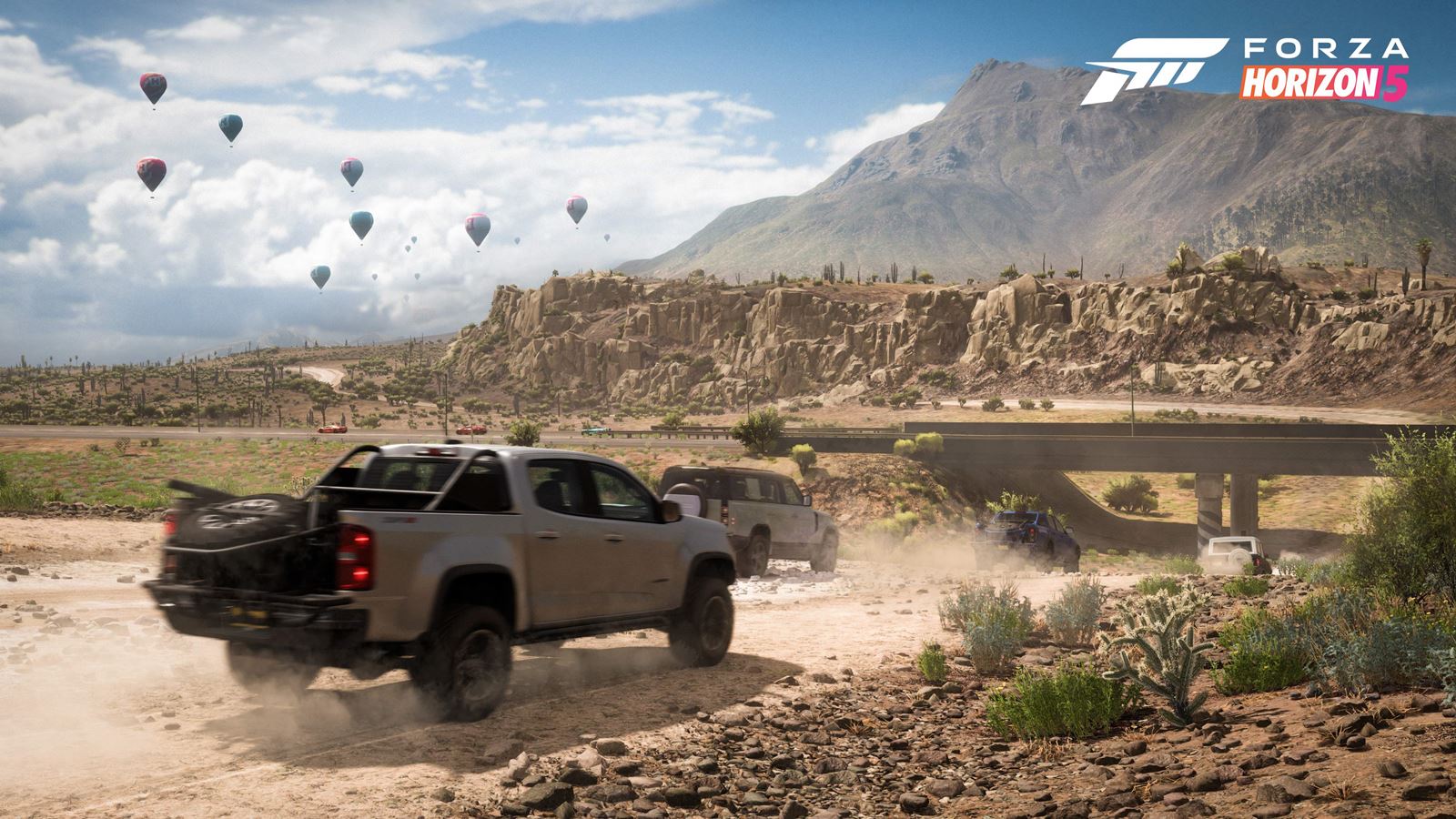 In addition to the races we will have an even more arcade part with Minigames scattered all over the map. One of these multiplayer games is called “Piñata pop” where the cargo plane of the Horizon Festival throws piñatas and of course, our mission is to explode them.

As if that weren’t enough, the game brings us Horizon history, a series of campaign stories and challenges that allow players to meet new characters and determine the outcome of their story in the game.

As you can see, the game is very complete and that we have not been able to access (due to not being able to square the dates and times) with the multiplayer mode, but several colleagues have told us that there is a “eliminator” mode, a type of game mode 96-player battle royale in which players battle each other in head-to-head speed races within a shrinking arena until a single player remains as ‘The Eliminator’.

If you didn’t like any of these ways, don’t worry, because they also offer us “Eventlab”Which is a set of tools that allows players to create their own careers, game modes and game experiences, where everything can be customized, even the fundamental rules of the game. 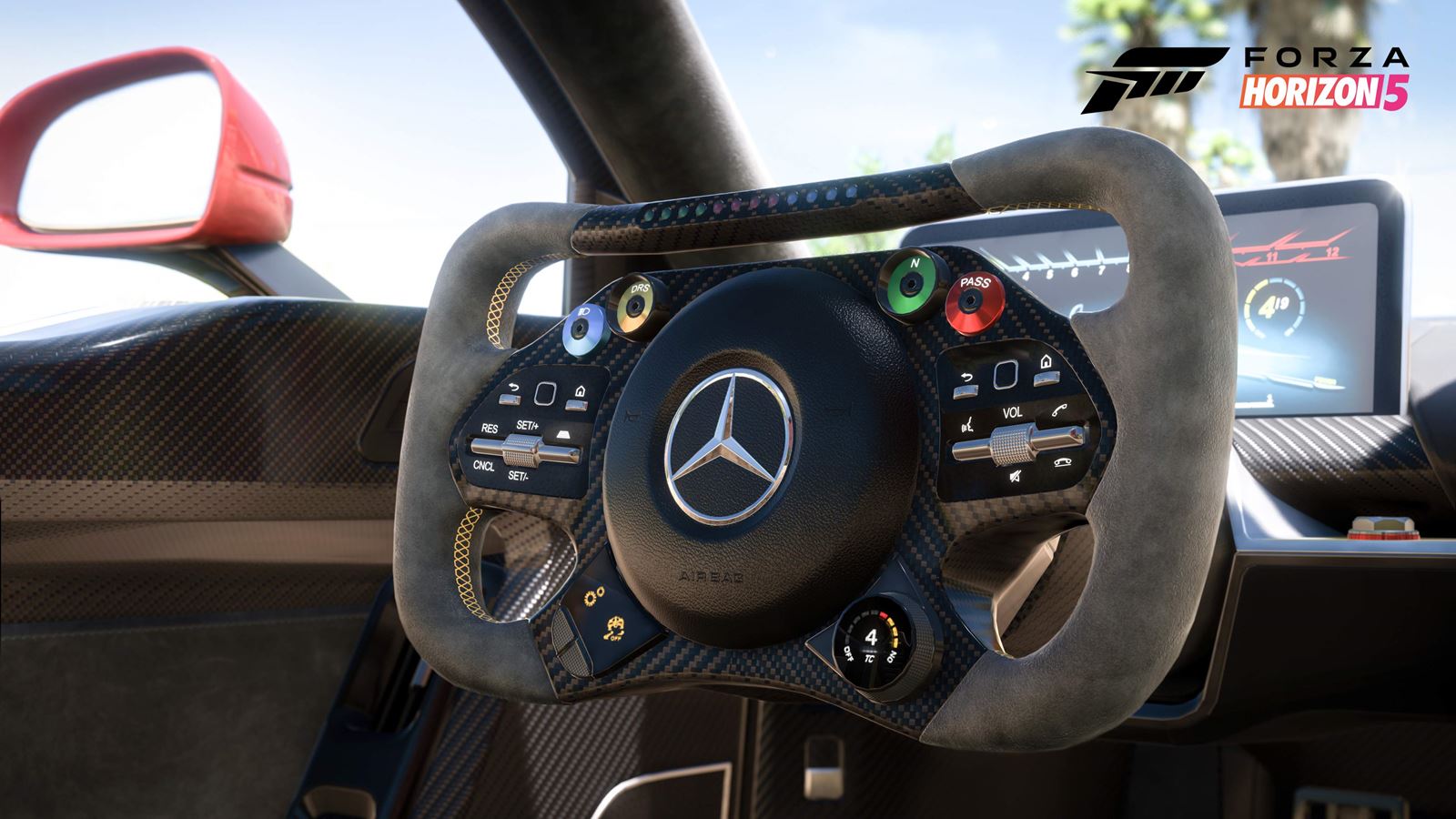 Is Forza Horizon 5 as spectacular as we expected?

Yes, and one of its strongest points is the graphics. The graphics in Forza Horizon 5 go beyond what they were in Forza Horizon 4. All the graphics are spectacular, from the reflections to the damage – which is not too exaggerated. The whole environment and the world that surrounds us has its life, its sound and its behavior in the face of the elements.

See also  What cars are produced in Ukraine? Here the current data

The sound is exquisite, from the engines to the fauna to the sound of flora against the elements. The sounds of storms and the environment make us think that we are there, inside the car.

Regarding the voices, it should be noted that what predominates is Spanglish and this is something that they have done conscientiously, although there will be many who complain about the Subtitle. 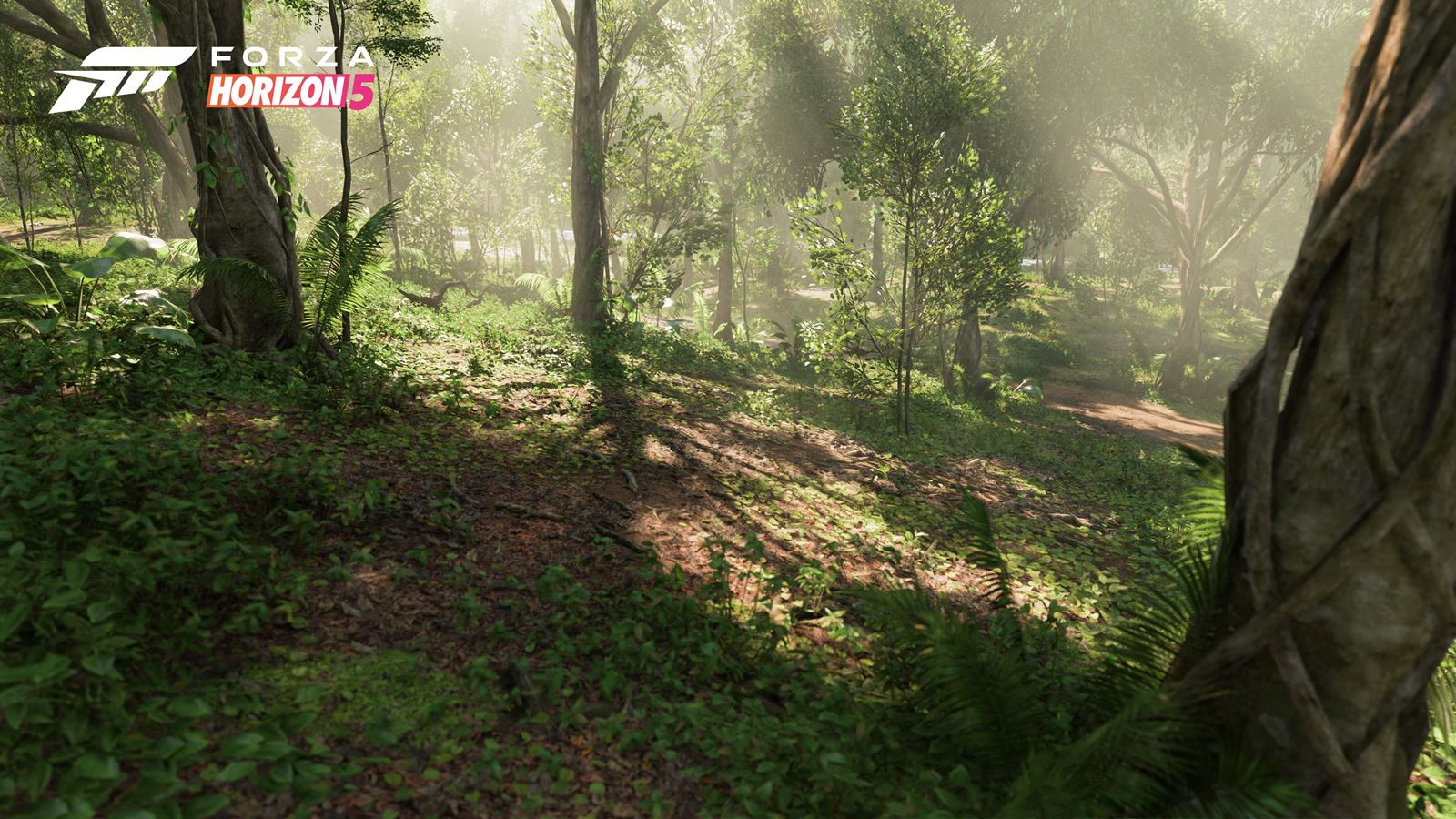 If you don’t just want to enjoy the sounds of the car or the environment, you should know that you will have 6 radio stations at your disposal: Horizon Pulse (Pop Music), XS (Rock / Alternative), Hospital Radio (Drum & Bass), Radio Eterna (Classical), Bass Arena (EDM) and Block Party (Hip Hop).

If you were thinking of buying it and you liked Forza Horizon 4 a lot, Forza Horizon 5 is not going to disappoint you and is that graphically it is much more advanced and the game experience and above all, the gigantic map, will make you have a great time little.

We are probably before the best next-gen game for the Xbox console yet And it is that Forza Horizon 5 expresses all the potential of Xbox Series X and S and takes the console to what Microsoft promises at launch, showing what it can do now and in the future.