Apple seeks every year to give a different name for its operating systems under macOS. In order to find inspiration, Apple’s marketing teams have for several years taken their environment as a playground in search of the best possible name for the new system.

After Monterrey and Big Sur, it is therefore the name of Ventura which has been chosen for a 13. The update which should arrive in its final version in September will present several new features, including Stage Manager. The functionality announced by Apple at the opening of the WWDC should make it possible to better organize its screen and the different windows that open on top of each other.

With Ventura, Apple continues in its tradition of giving a typically Californian name to its new operating system. It’s been 10 years since animals left their place to honor California’s most legendary places. In 2013, macOS Mountain Lion was thus replaced by macOS Mavericks, the name of a surfing area in the south of the state.

Since then, Apple teams have always unearthed a lost corner of California to name their new operating system. In chronological order, there were therefore: Mavericks, Yosemite, El Capitan, Sierra, High Sierra, Mojave, Catalina, Big Sur and finally Monterrey which is the current operating system for Macs. 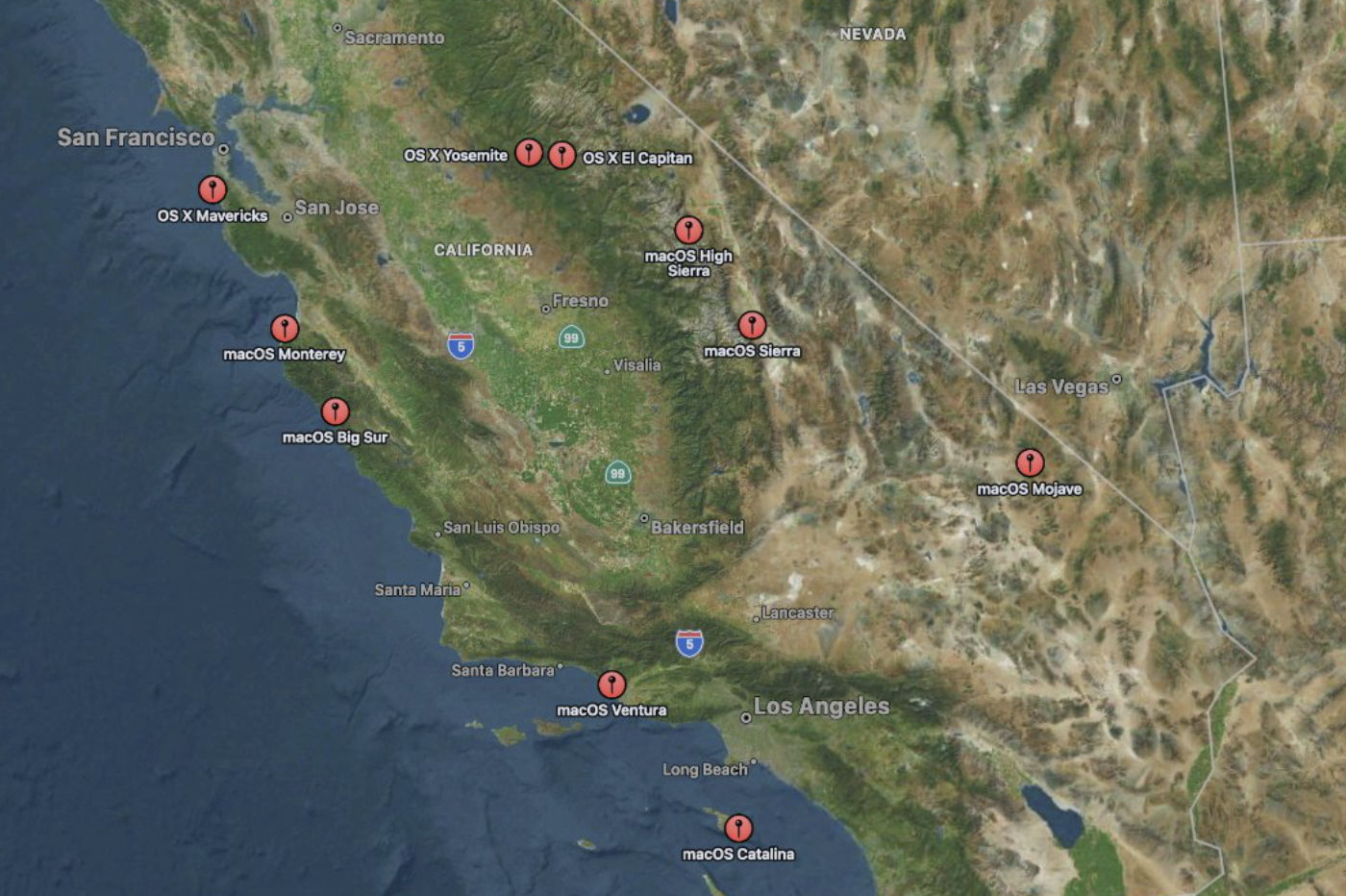 All of these places in California can be placed on a map, and the 10 landmarks in Apple Maps can be found quite easily (see map above). Although they all represent an area of ​​California by name. OSs were also recognizable by an image, which served as a desktop wallpaper for many of us. Unfortunately, the latter does not always come from the area it represents.

As for Catalina or High Sierra, doubts are few, but isn’t the image that represents macOS Mojave taken in this region of the Californian state? In all likelihood, it would be a photograph of Death Valley, but for communication reasons Apple did not wish to name its new operating system “Death Valley” and it is easy to understand why.