The Jeep Willys began to show its versatility and qualities off road 80 years ago. The story of Jeep dates back to 1938, the year in which planning began for what this new brand of automobile would be like. However, it was not until 1941 that Ford and Willys-Overland began manufacturing Jeep vehicles at their factories in Ohio, United States.

In the early 1940s, the United States Army asked American vehicle manufacturers to submit vehicle deals that could do it allwith very particular characteristics and that could materialize in just 49 days. 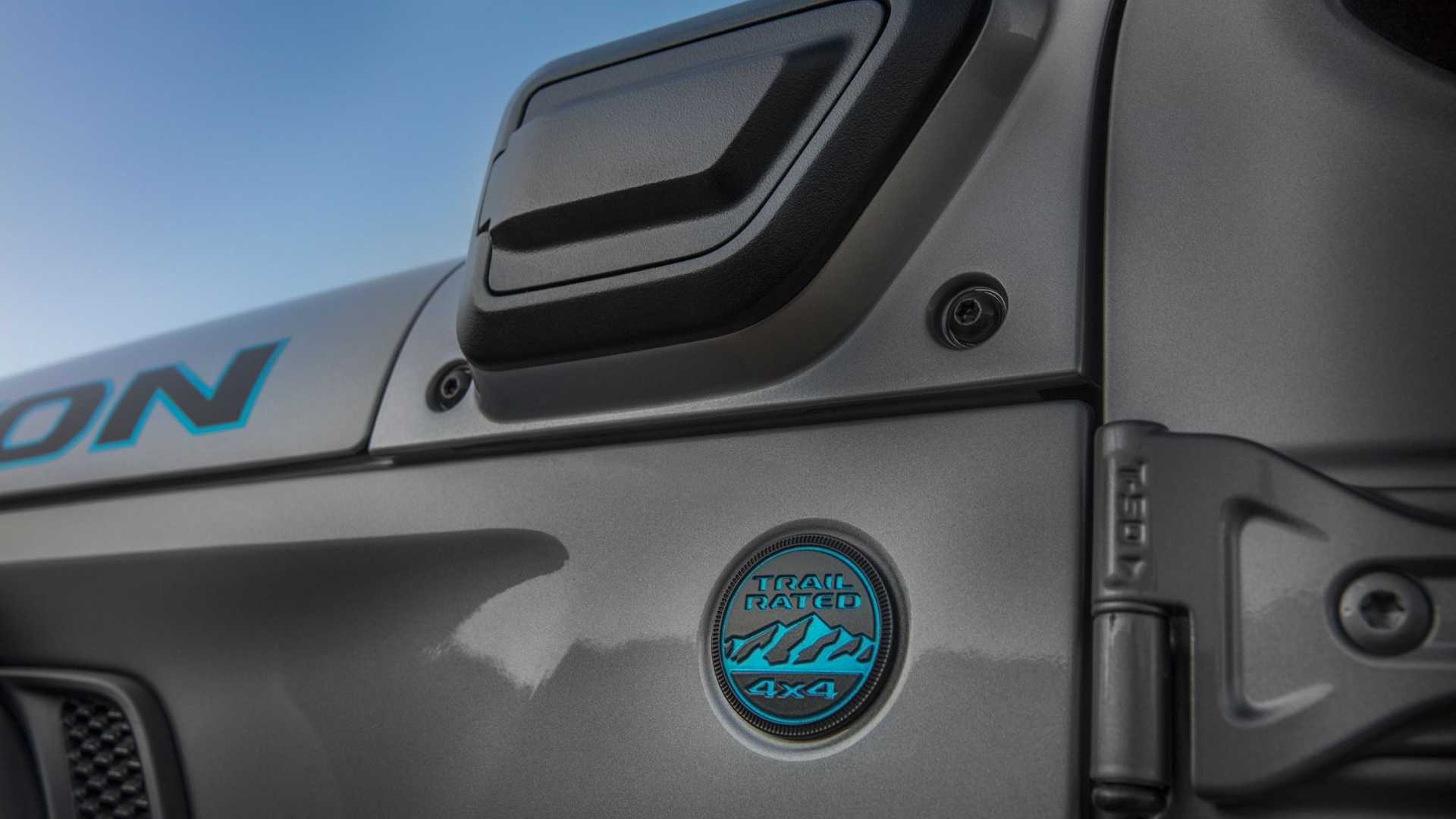 Only the American Bantam Car Company Y Willys-Overland they were able to comply with the proposal. The first mass-produced 4×4 car, the Willys Jeep, would put functionality and versatility above all else. It was an open five-seater vehicle, without doors, with a folding windshield. Its 2,197 cm engine3 with four cylinders in line it developed 60 CV.

Anecdotally, it should be noted that there are various theories about the origins of the Jeep name, the most accepted being that from Popeye the sailor comics from 1930, where ‘Eugene the Jeep’ appeared, a kind of yellow dog with powers. American soldiers attributed these powers to the Jeep during World War II. 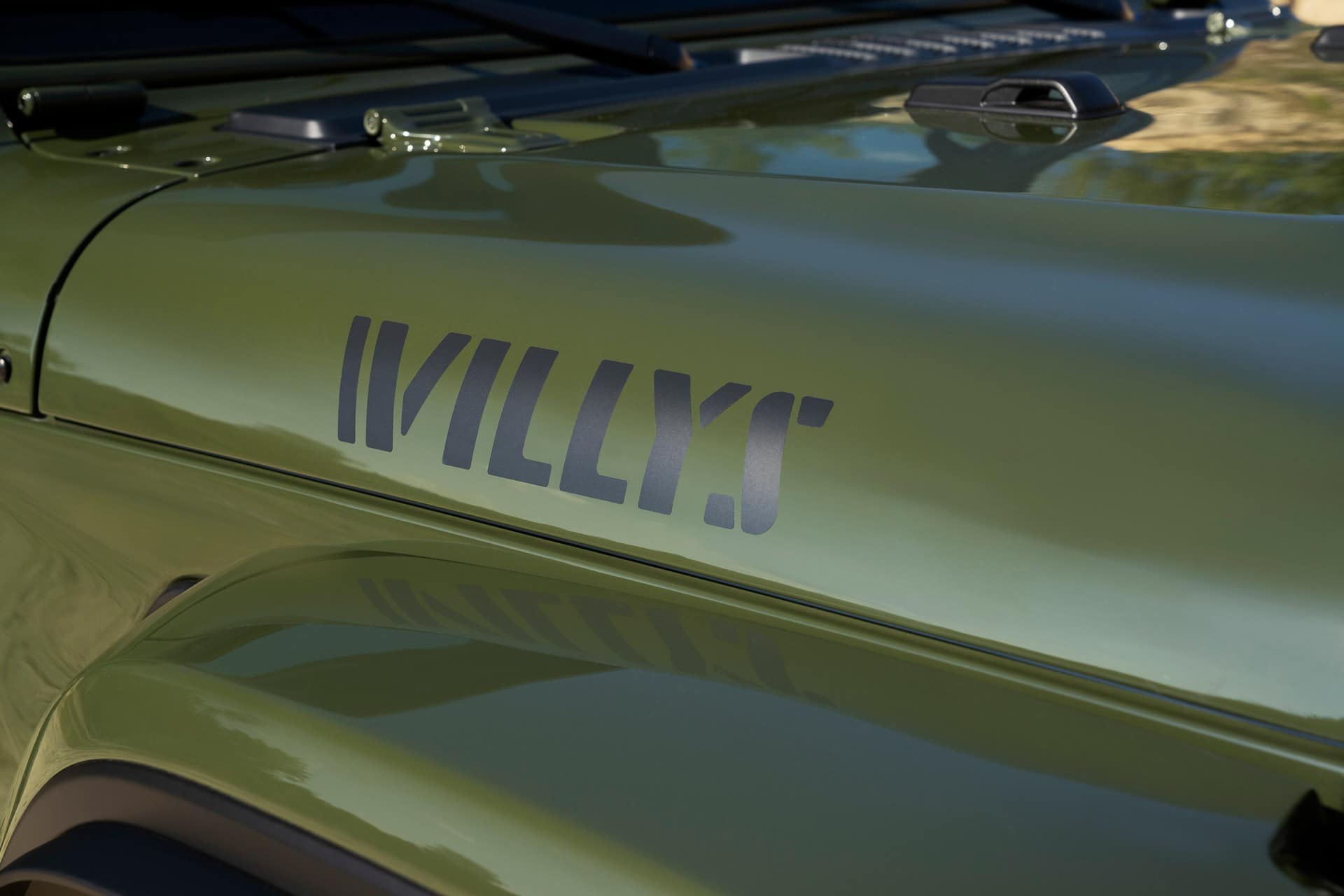 From the Jeep Willys to the Wrangler

After playing a little dirty, Willys was the winner of the “contest”. Thus was born the MB in 1941, from which a total of 650,000 units during World War II. The units produced during the war were supplied to the United States Army, at a rate of 145 vehicles per Infantry regiment.

Also to its British and Soviet allies, who also manufactured their own version, the GAZ-46. In addition to moving soldiers quickly from one place to another, it came to be used as a command vehicle, ambulance, exploration or assault unit, support for rocket launchers and mortars, fire trucks on aircraft carriers, trailer for artillery pieces, locomotive… 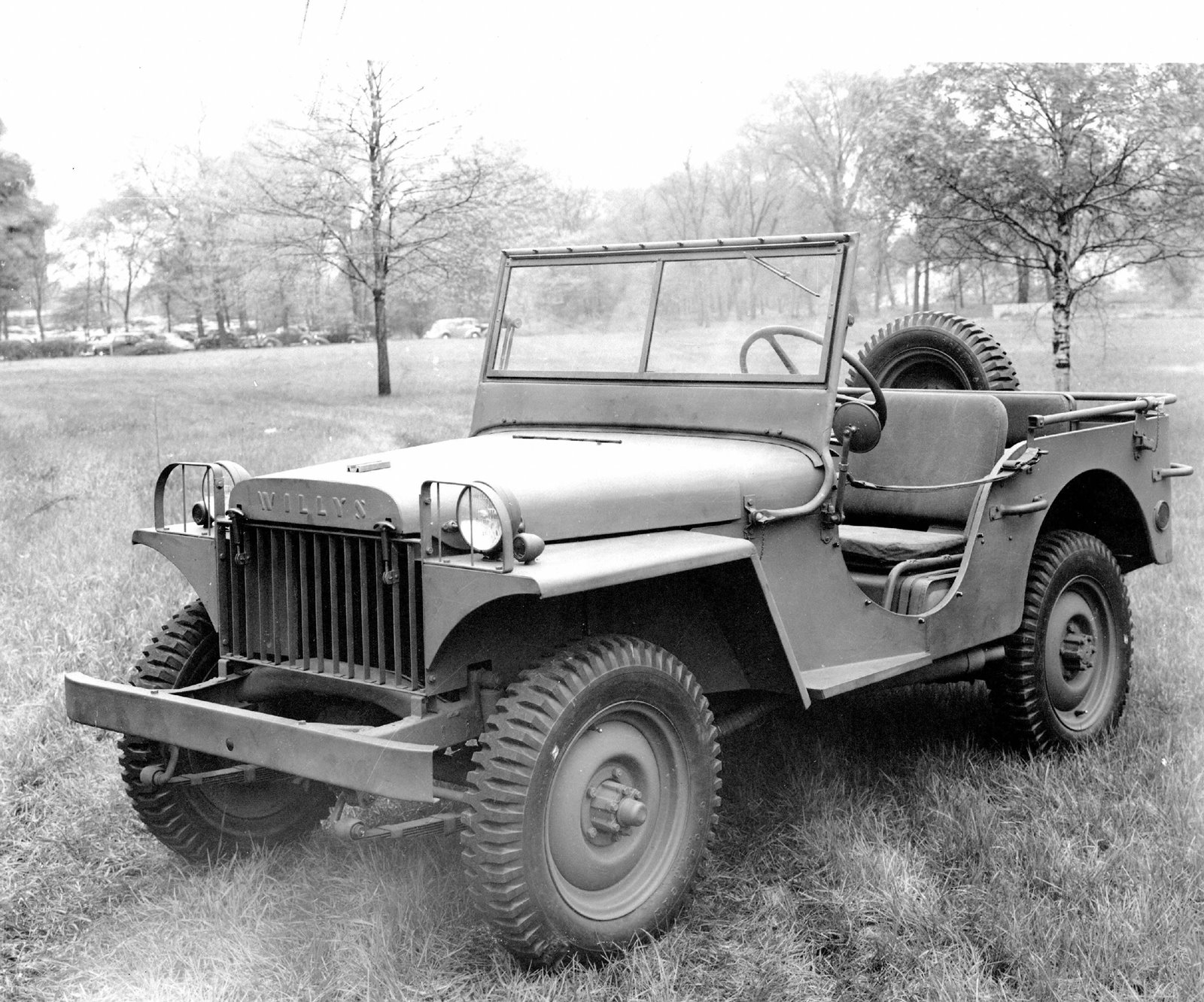 At the end of the war, Willys adapted the Jeep to a civilian use in 1946thus being born CJ-2A –Civil Jeep 2nd-. He added to the benefits of the war model a rear cargo space, trailer and fabric roof, although he maintained his Spartan spirit. It was only marketed with a driver’s seat and side mirror as standard.

Items such as passenger seat, winch, windshield wipers or taillights were available as options. From military khaki to bright color combinations such as bright green, yellow or red. In total, they sold 1.5 million of the various generations of the “Jeep Civil” between 1945 and 1986. 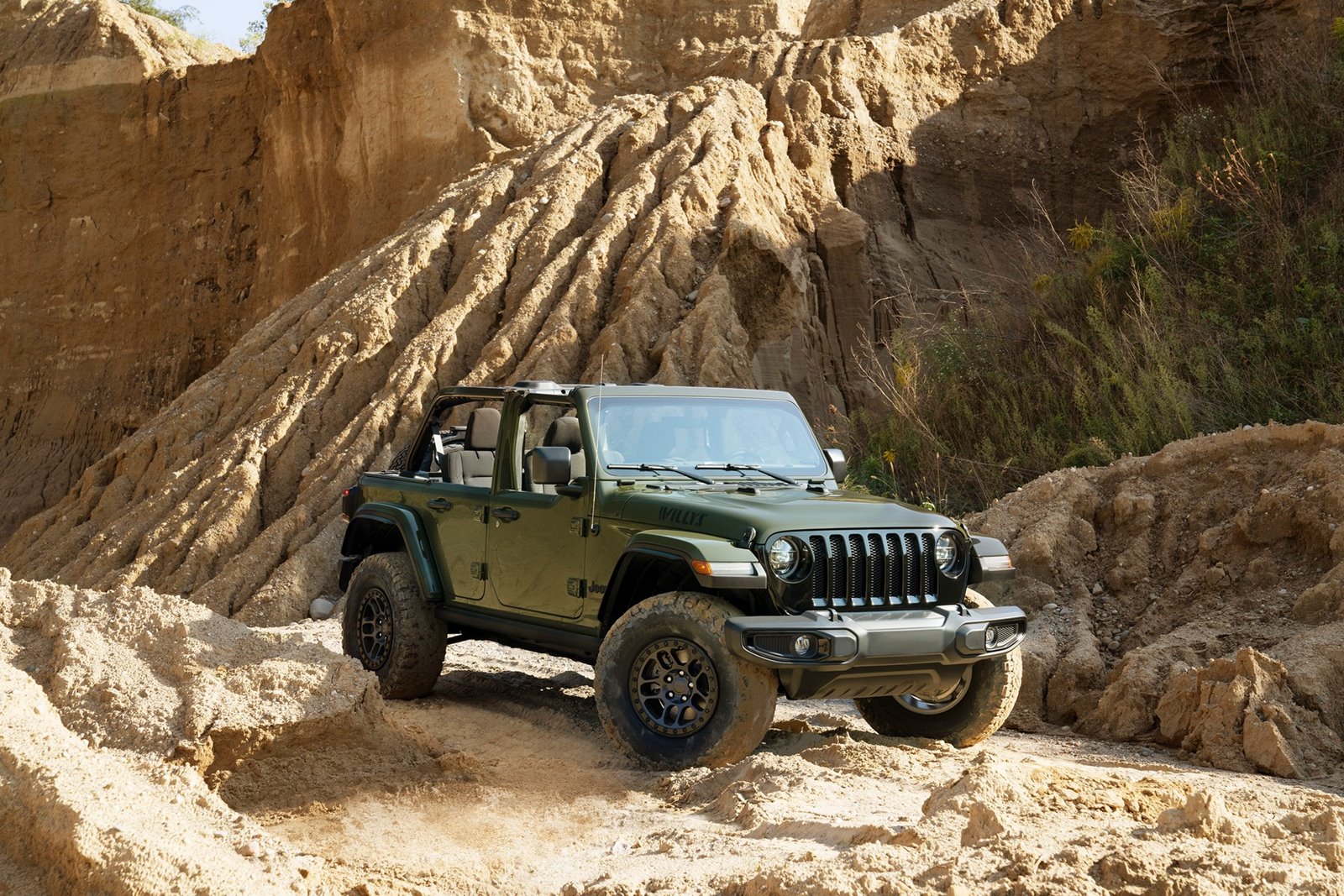 The following year, the Jeep Wrangler, heir to the spirit and versatility of the original model. Today, the iconic Jeep Wrangler has evolved into the world of electrification. In this way, the legendary Jeep all-wheel drive is allied with the new electric propulsion to offer a new concept of mobility.

The second stage of the Jeep story

in 1950 Jeep was registered as an international trademark and in 1953 Willys-Overland was acquired by Kaiser Motorsa company that was renamed kaiser-jeep. In the 1970s, production passed into the hands of by American Motor AMCa company that later came under the control of Renault.

The brand subsequently became a division of FCA US LLCa subsidiary of the automobile group Fiat Chrysler Automobiles thanks to chrysler corporation acquired American Motors to Renault in 1987. Currently, the brand belongs to the set of 14 brands that make up Stellantis. 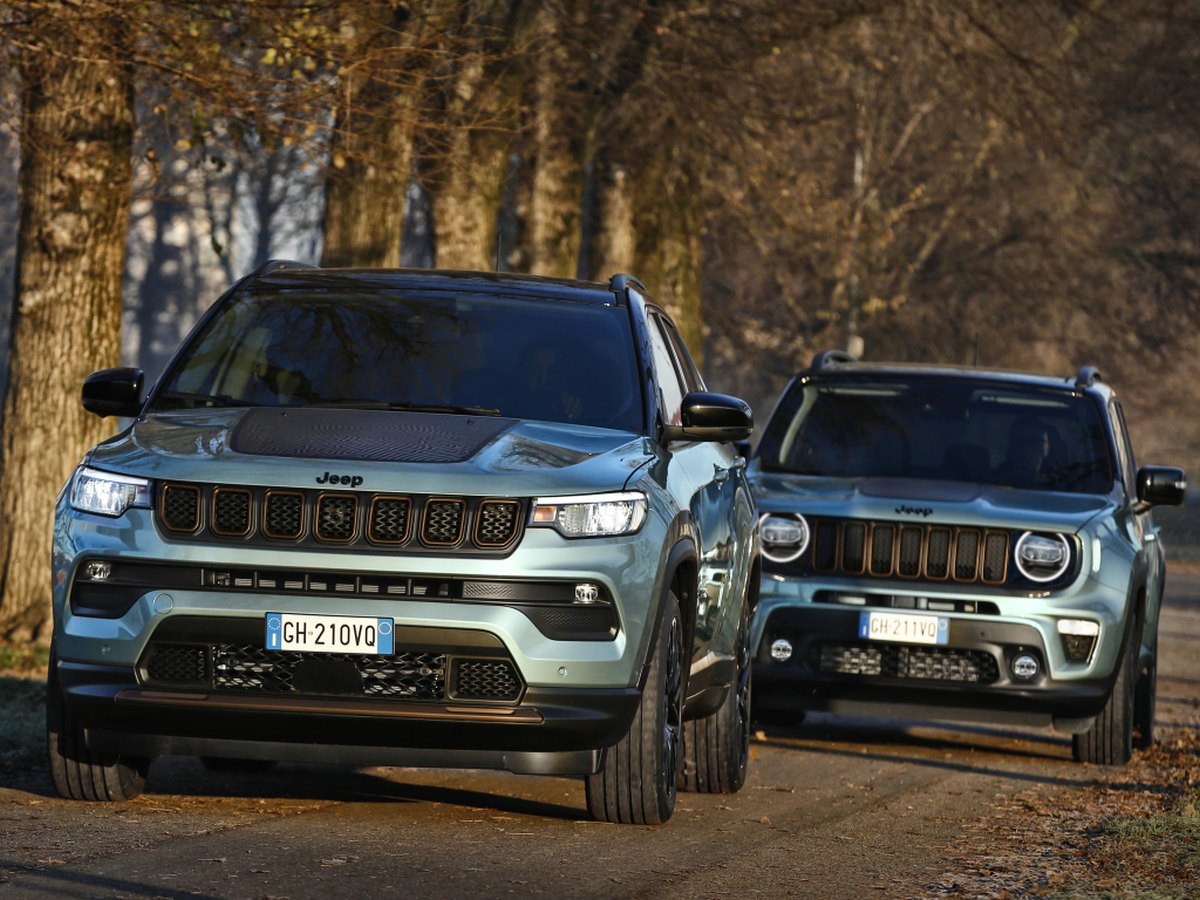 In its current range of products we can find everything from compact SUVs such as the Jeep Renegade or the Jeep Compass to pure-bred SUVs such as the mythical Wrangler or the pick up Gladiator. The cheapest and best-selling model in the range is the Compass. The most expensive of all is the Wrangler Rubicon.