To all this we must add the cost of fuel that, how could it be otherwise, also contains its corresponding taxes. The price of fuel we already know, for years, that it has a very high percentage of taxes of all kinds, even taxes somewhat surreal, as we will see next. 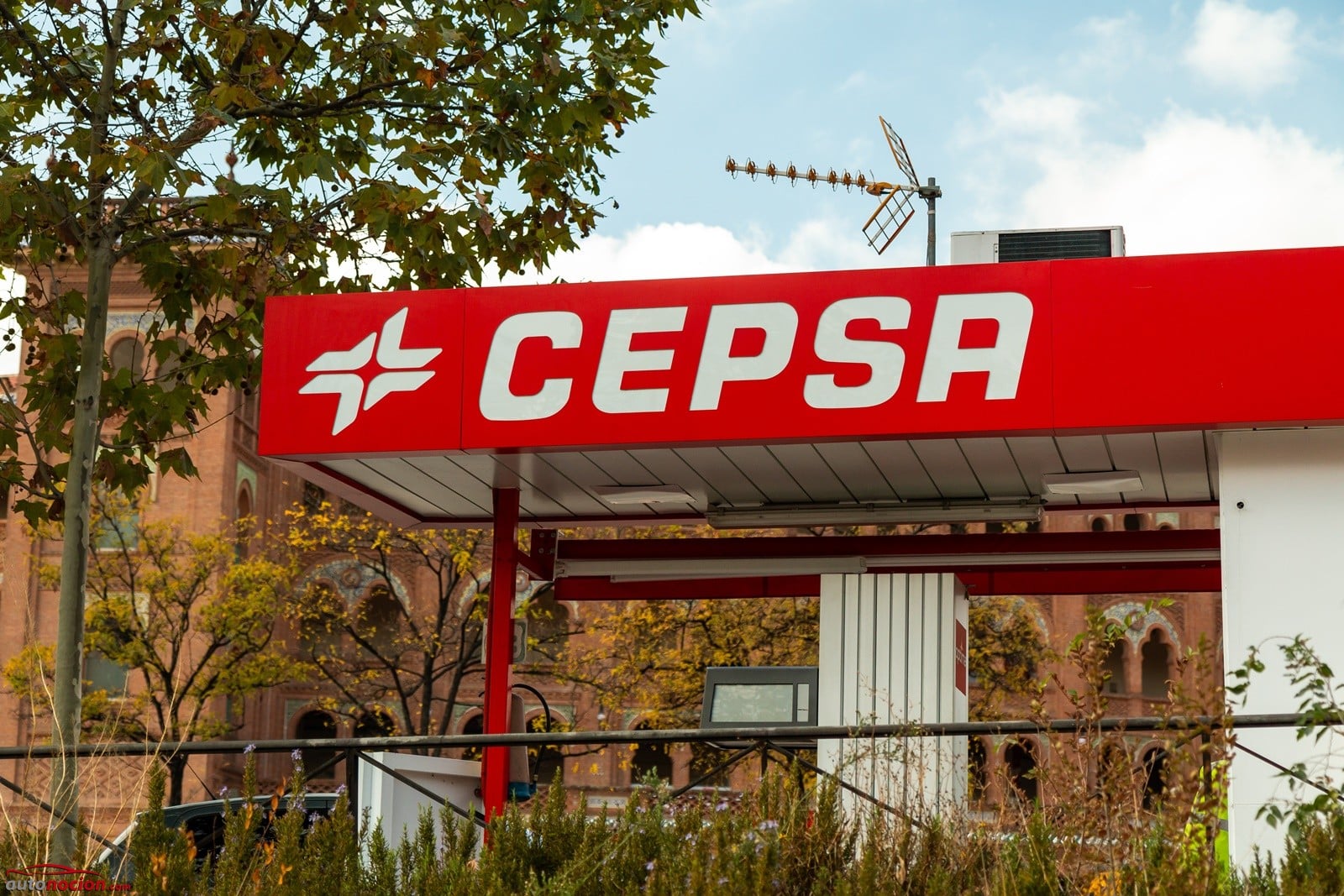 After the increase in taxation on fuels that we suffered in 2019, today we are going to take a closer look at how much we pay in taxes for each liter of fuel that we put in our vehicle. As you will see, we are going to talk about gasoline and diesel, not about CNG / LPG or recharging costs at electric stations for electric cars.

Remember that since 2018 there has been a new information labeling standard for fuels, although the previous 95 and 98 gasoline labels on the pumps are maintained.

Likewise, we have to break a spear in favor of service stations, who offer us different product qualities. As we will see later, fuel prices, if we remove taxes, are basically costs that the wholesaler must bear, plus a profit margin that is nothing to write home about (with which gas stations play low cost). 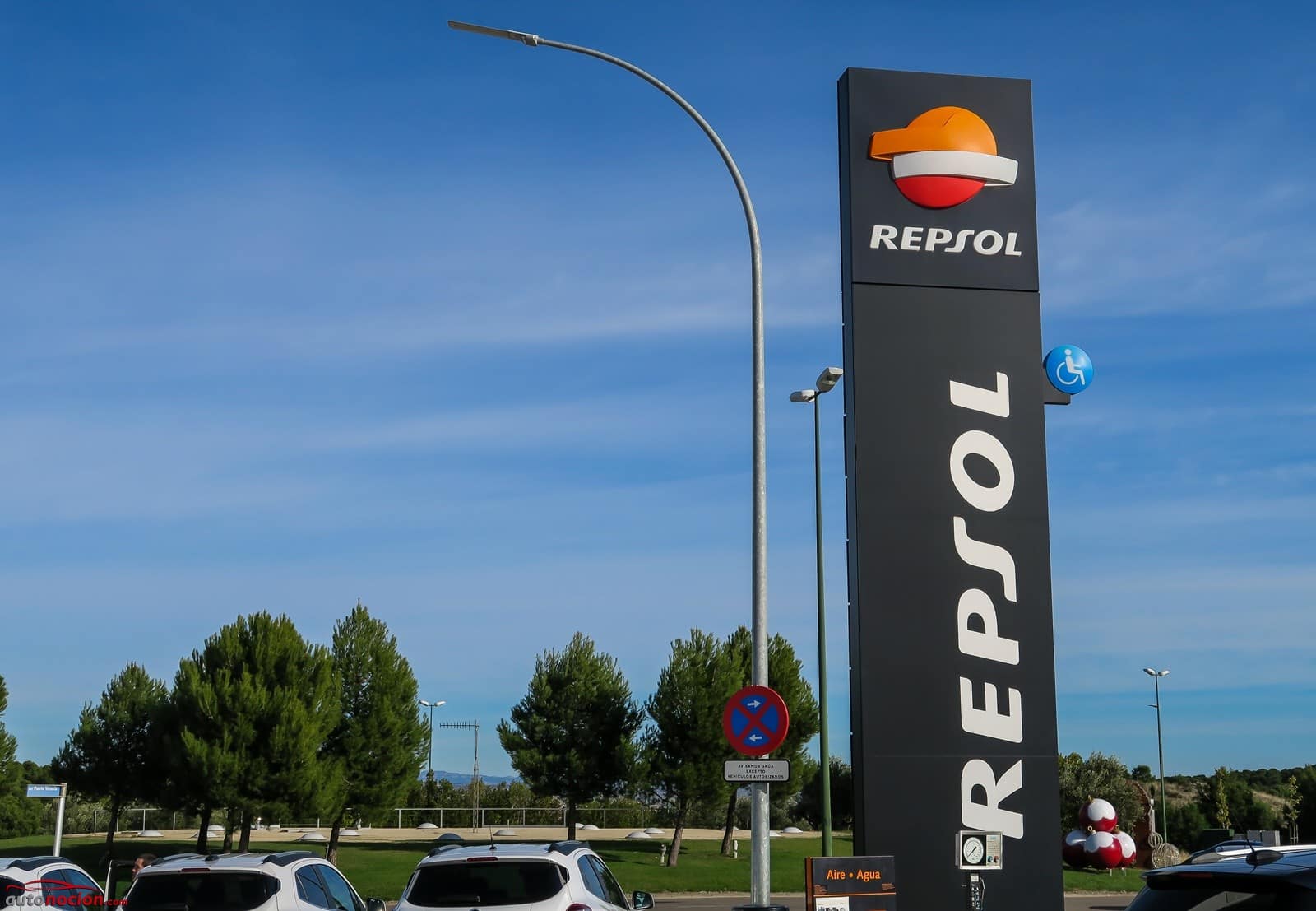 We can really talk about two or three clean euro cents for every liter of fuel, since from the gross profit obtained it has to give for its entire deployment, pay staff, maintain the pumps … It is true that service stations earn a lot with their stores, but I am afraid that with the sale of fuel nobody gets rich apart from the state. Of course not.

What is the price of fuel in Spain made of?

We basically have three main parts to the fuel price: The base price of fuel depends on things such as the international price, the costs of the service stations (personnel, maintenance …), the cost of transporting the fuel to the service station itself and the profit margin of the wholesalers (which is around 1.5% approximately) .

As a whole, the price of a barrel influences 38.60% in gasoline and 44.06% in diesel. Subsequently, different taxes are applied to the base price and that is where they hit us the real ‘stick’. Let’s see them: 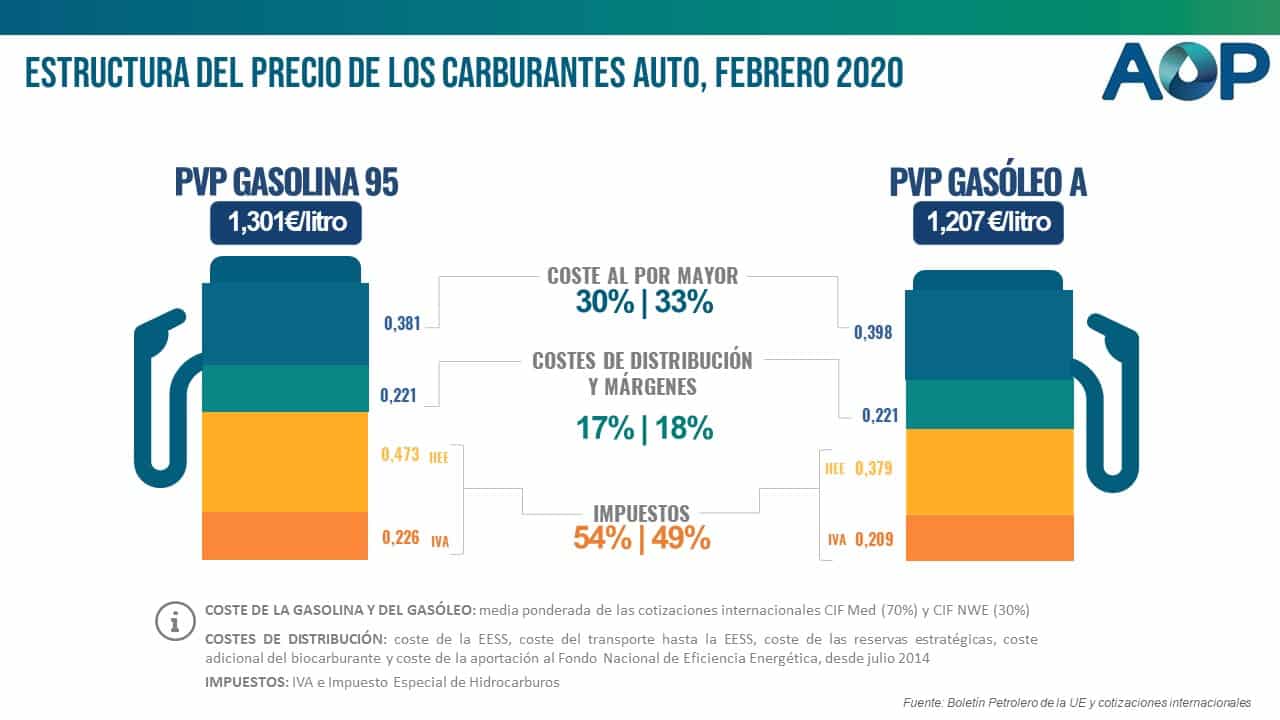 As established by Law 6/2018 of July 3 (General State Budgets for 2018), the general and special rates for different fuels are the following (they remain in the new budgets for 2021):

If we do some quick calculations, we can see that 95 octane gasoline has a tax rate of 47.27 cents per liter, while that of diesel, of 37.9 cents. To all this we must add the already mentioned 21% VAT, which translates into 56% and 52% -respectively- the price of sale to the public of the fuels of our vehicles are taxes. Come on, what if you had the impression that They charge you what they want to refuel, You were right. Here everyone charges, both the autonomies and the State, and the latter does it up to three times with Special Taxes and VAT.

The worst of all is that on top of that we have to ‘hit a song in the teeth’ because We are not the country that charges the most fuel taxes. If we look at the upper and lower graphs, we see that the price of fuel in Spain is not so bad after taxes. 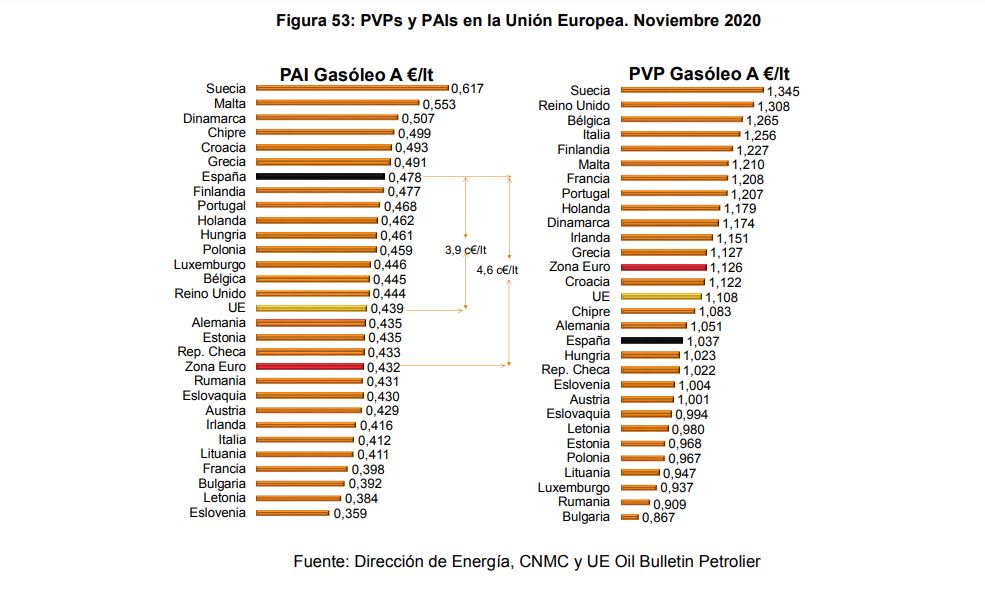 Image data comes from Monthly report on the supervision of fuel distribution in service stations, prepared by the National Commission of Markets and Competition (CNMC). In this link you can consult all the reports. in case you want to see the most current ones. As we can see, from the outset the price before taxes is very expensive in our country.