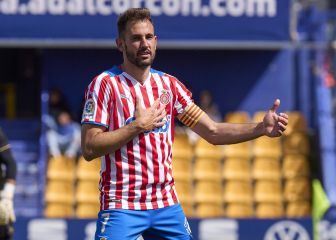 ‘Third time lucky’. The dream of the rojiblanco team is summed up in that phrase, just before facing the playoff for promotion to First Division, a goal that they have come to equal but not exceed in the previous two years. At the beginning of this, Míchel will recover his 5-3-2 that put Girona in flight when it was in relegation on matchday 12, finally catapulting it to sixth position in the league. The block arrives in better dynamics and more liberated than its rival, although with doubts from Borja García and Iván Martín.

Ace to follow: Christian Stuani. Banner and offensive reference of the people of Girona. He has scored 22 goals this year in the Second Division, a category that he will want to leave behind after three high-level seasons.