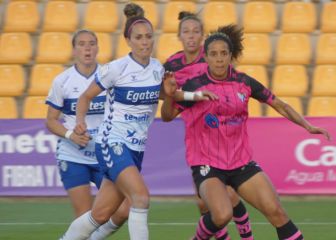 Sporting Huelva is the first finalist in the Copa de la Reina!

Sporting Huelva is the first finalist in the Copa de la Reina after beating Granadilla Tenerife 0-1. The Huelva team were able to defend themselves against the continuous attacks of the island team and, in a set piece action, they scored a goal that certified their pass to the final.

The first part ran under a broad control of Francis Díaz’s players. Even Patri Gavira managed to score at the exit of a cornerbut the referee signaled a hand in a previous control.

The tables of the game did not change after the break. Dolan, brilliant throughout the match, denied Martín-Prieto’s goal in every action. Very safe in the lateral centers, the North American goalkeeper gave her team a lot of security.

In an isolated action, Cinta Costa centered a free kick from the middle of the field and Patri Ojeda, alone in the area, combed the ball back before Noelia Ramos left. The ball hit the post and went in to make it 0-1. Granadilla insisted after the hammer blow, although the sentence of the Huelva women was closer, than They are already waiting for Real Madrid or Barcelona in the final.