Helped by three former Apple engineers, the team atiFixit has once again taken to the boning of a state-of-the-art Apple device. This time, it’s the Watch Series 7, which saw the light of day in September with a larger screen and the arrival of even faster battery charging. And precisely, it is this one which first challenged the English-speaking media.

Indeed, by looking at the battery installed under the hood, we realize that it has a greater capacity than previously. Thus, where the Apple Watch Series 6 with a forty-millimeter case was content with 1.024 Wh “only”, the successor is entitled to 1.094 Wh, or 6.8% more. The forty-four-millimeter model, for its part, goes from 1.17 Wh to 1.189 Wh for the Series 7 of forty-five millimeters.

With a rating of 6/10, the Apple Watch Series 7 scores relatively relatively well when compared to other Apple devices. But be careful, because this is only the evaluation that in fact iFixit and not data provided by the manufacturer himself. Indeed, although French law now requires brands to provide this type of information, the text currently only concerns certain products such as smartphones, washing machines or even electric lawn mowers.

If there must be several positive points to remember, we can in particular mention the easy replacement of the Retina screen on the larger version of the watch but also that of the haptic motor (for vibrations). As for the battery change, it does not seem to have posed the problem either. Obviously, keep in mind that such maneuvers are totally discouraged by Apple and may cost you your warranty. 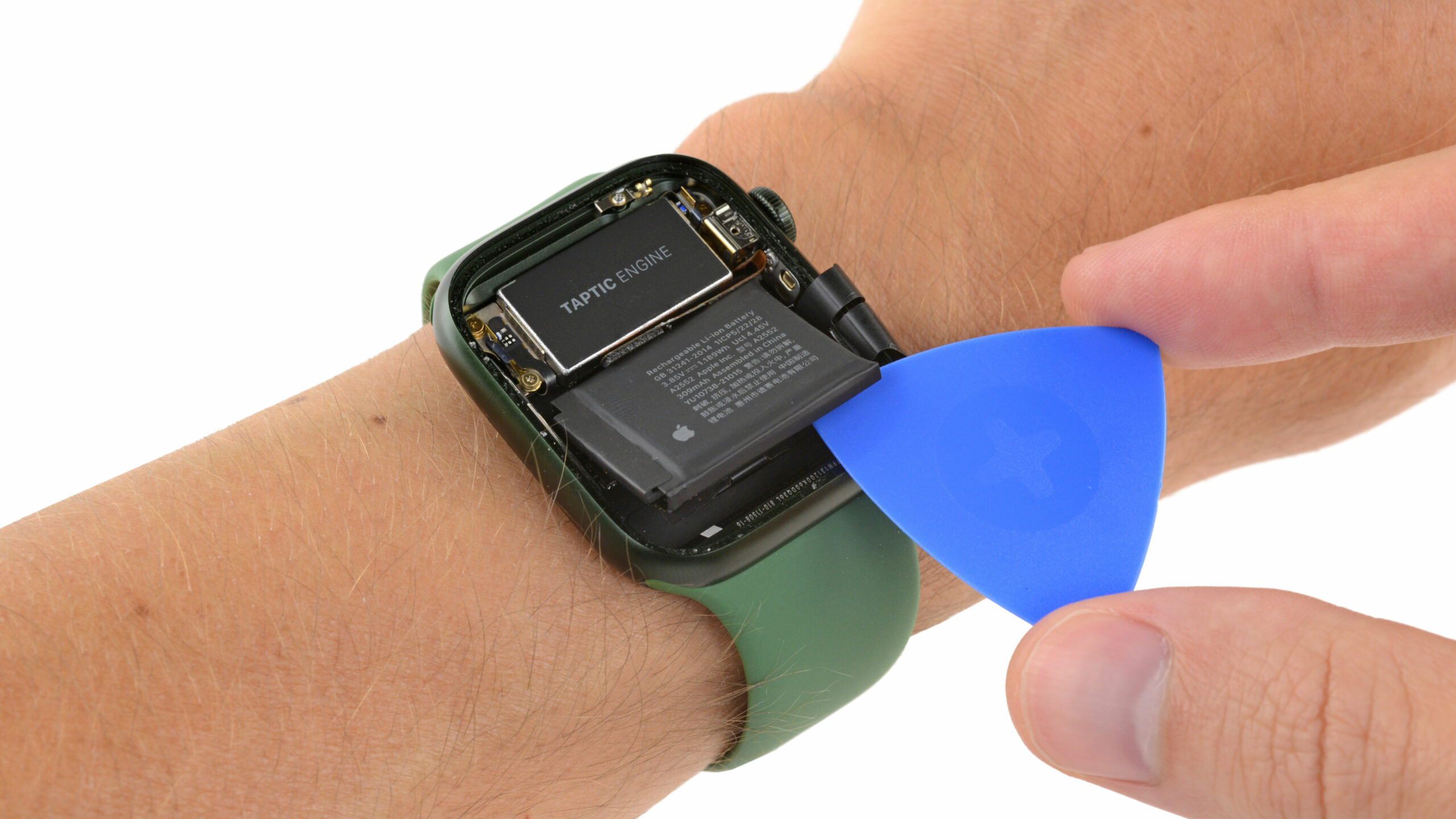 Finally, it is the proprietary diagnostic sheet that Apple used previously during its internal operations that has disappeared from the Series 7. Instead of this solution, the company has preferred a completely wireless alternative. Finally, note that the design of the device has changed somewhat in order to make room for IPX6 protection intended to fight against the intrusion of possible dust.

See also  an Apple Watch cheaper than the SE presented?