In 2018 Sling completely renewed the Gold Wing, its bigger bike, to give it a more streamlined design and easier driving to win customers. And at the same time introduced new technologies to maintain its category leadership, such as the seven-speed dual-clutch automatic transmission (DCT).

Now the renewed version 2021 of the Honda GL 1800 Gold Wing adds advantages such as a higher load capacity, more comfort for the passenger and a superior quality of the audio system.

The Gold Wing transmits to the controls a exclusive feeling of comfort and majesty. And, although it is a big bike, the seat is only 745 millimeters from the ground, gives confidence and facilitates maneuvering while standing with a electric reverse which also serves to go forward, thus avoiding pushing the motorcycle at a standstill.

In motion, everything is smooth: the change DCT it works barely noticeable and the exhausts attenuate the characteristic sound of the 1.8 six-cylinder boxer engine (125 hp at only 5,500 rpm), which has an electronic throttle and four driving modes (Tour, Sport, Eco and Rain) to vary the response of the engine, braking and even the suspension hardness.

The greater comfort of the Gold Wing 2021 starts with the back seat, that offers more space and larger armrests that reinforce lateral support. The upper chest also grows in capacity and now has space for two full face helmets. And the new sound equipment, more powerful, allows you to hear music through the speakers with great clarity even when traveling at 120 km / h. The tank, meanwhile, has 21.5 liters. 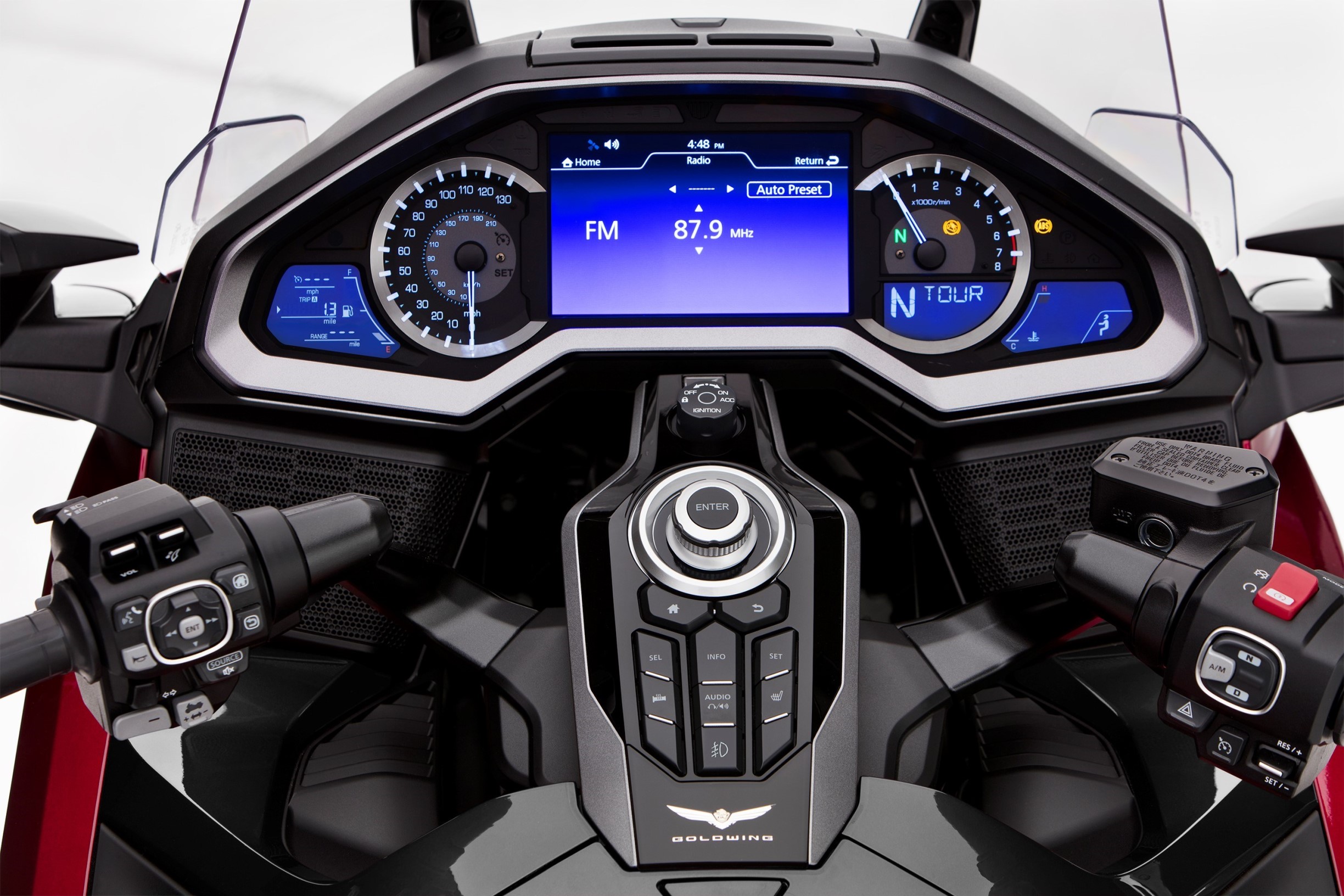 The chassis does not vary and the suspension refinement makes it circulate on the asphalt as on a magic carpet. And there is no comparable motorcycle in rolling smoothness. The front fork is double, of the Hossack type, and offers an impeccable operation that allows to turn in little space and to face the turns with great precision and safety.

And is that the Honda surprises with its agility when cornering, especially considering that it is close to 400 kilos in running order (390 specifically). It achieves this due to its successful chassis geometry, a correct distribution of weights between both axles and an improved performance of the front suspension, which has gained 30% softness in the damping. And also brakes stick out, a reference in efficiency. They are of the combined type (they always act on both wheels at the same time) and vary the response of the ABS according to the driving mode chosen so that it acts only when necessary. 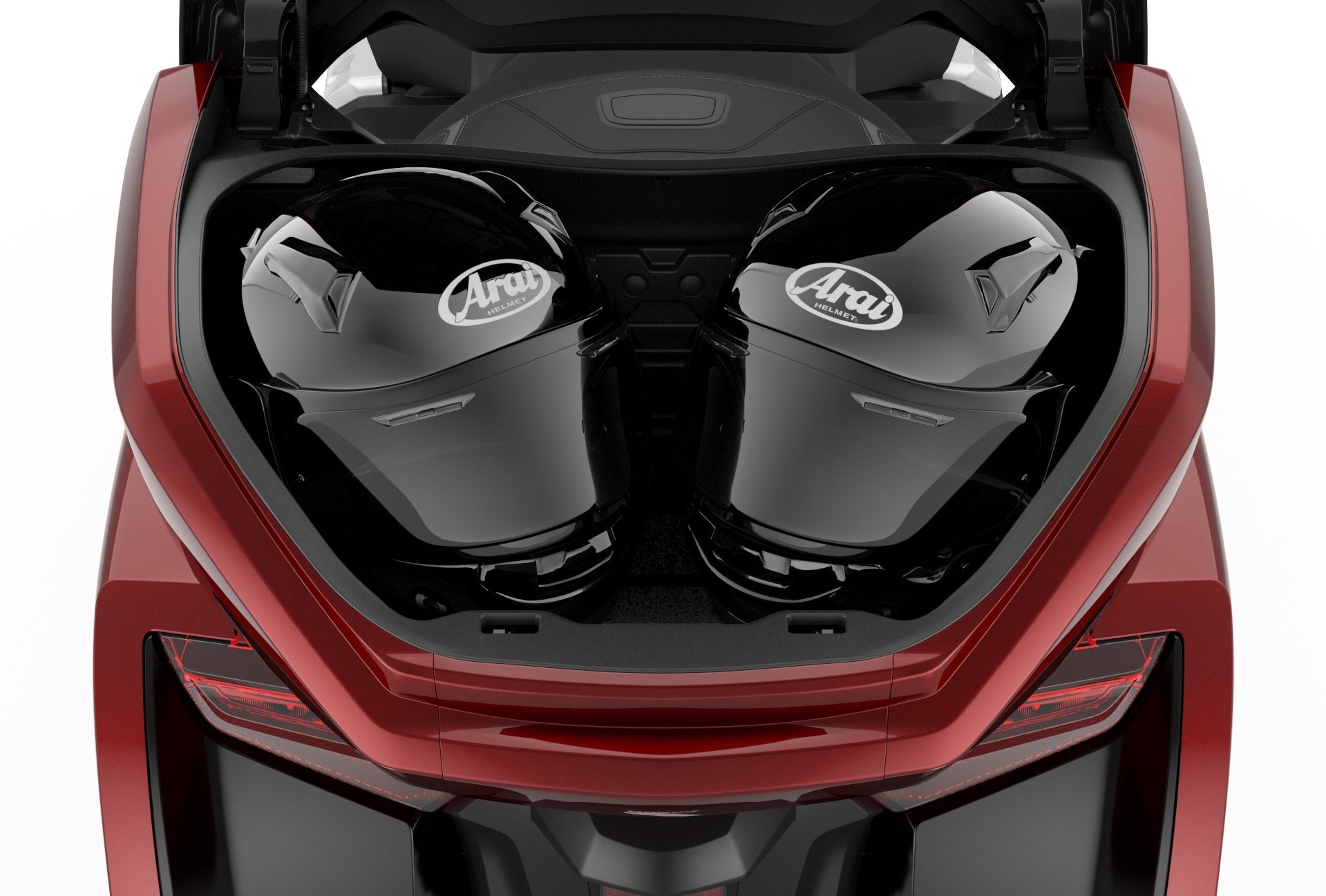 Another important help is the hill start device, similar to that of cars, which keeps the rear brake applied for a few seconds until you start off, which is very useful when you are traveling with a passenger and a lot of luggage.

The GL 1800 impresses with its complete equipment serial. It is the most exclusive model of Honda and the only motorcycle in the world with airbag frontal for the driver. In addition, it has smart key Smart Key, like the best-equipped cars, seven-inch digital display, electric windshield adjustable in height, automatic engine stop at stops to save fuel in the city, heated grips and seats (driver and passenger) and even advanced connectivity systems to link smartphones.

The least good, in the end, is his high price, even higher than that of many cars (38,750 euros), and the side cases, which are somewhat narrow and do not offer much load capacity. 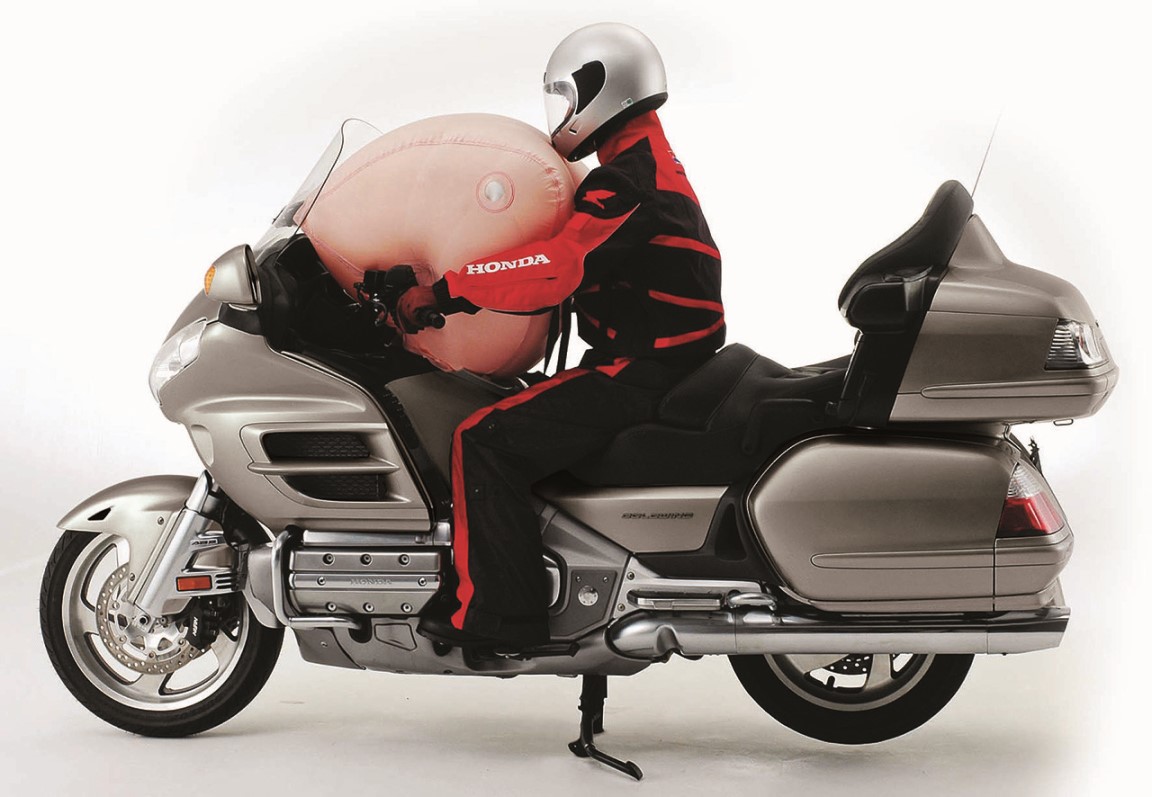