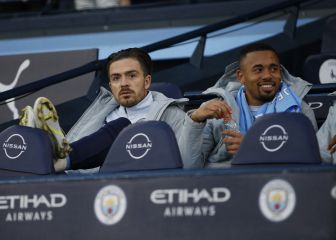 “He who has the most is not richer, but he who needs the least”, goes the saying, but Pep Guardiola has endeavored to prove otherwise. Since the Spanish coach came to the Manchester City bench, the citizen club has invested 1,077 million euros in signingsspread over the last six seasons.

However, it was in the first two seasons, the 2016-17 and 2017-18when City laid the foundations for its pharaonic project. In those two courses, the Etihad Stadium team disbursed 532 million euros. An investment that served to arm Guardiola’s defense with names like Aymeric Laporte (which cost 65 million), John Stones ($55.6 million), Kyle Walker ($52.7 million) or Oleksander Zinchenko (2 millions); and to find the goalkeeper: Ederson Moraes (40 million).

With the first 532 million, the middle of the citizen field was also cemented, with the signings of Bernard Silva for 50 million, and Ikay Gundogan, for 27 million. Two players who endorsed Guardiola’s commitment to mastery of the ball and flashy play, although he would still have time to shore up his team in the following four seasons.

Grealish has been, so far, the costliest signing for City, who gave in to Aston Villa’s demands for the English winger. A player who, however, has not finished settling in the Manchester team, despite the confidence that Guardiola has in him.

For this reason, doubts about its exorbitant price are not strange in the English press. That’s what you’ll have to stick to Erling Haaland, next on the list, which between his termination clause at Borussia Dortmund (75 million) and the commissions of his intermediaries could exceed the cost of Grealish. But that is not an obstacle for Guardiola’s City, which is “the one that has the most and the one that needs the most”.