Anyone who often writes on a computer, for emails, professional documents, homework, class notes, etc., takes advantage of the duo of copy/paste shortcuts CMD + C and CMD + V frequently to duplicate text (or cut text, via CMD + X).

However, on macOS, by default, the “Paste” command applies not only to text, but also to the format of the copied text. Thus, a text copied with bolding, italics, special font and any other enrichment, will be pasted in the same way. This is impractical if the initial idea is to insert the text into a paragraph that has its own text style.

There is, however, a simple way to copy without formattingvia a specific shortcut: CMD + ALT + SHIFT + V, as seen here.

So, basic, on macOS:

If it is significant to be able to juggle between the two rather simply, it must be admitted that the second requires a little manual gymnastics. Note that it is possible to reconfigure it to make it easier to use.

How to use CTRL+V to paste unstyled text? 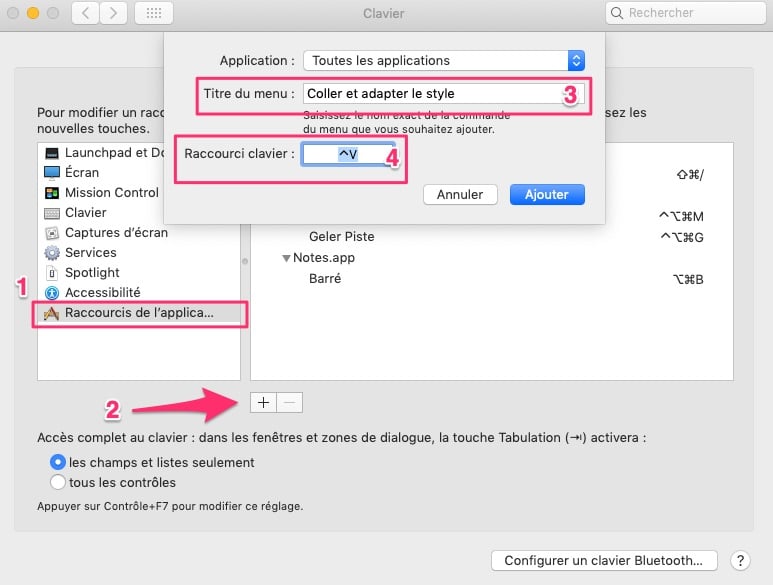 From then on, each time you press CTRL+V, the originally copied or cut text is pasted without formatting. The style applied to the copied text is that of the document into which you are pasting. To return to the default state, simply delete the two shortcuts thus created.

Remark : you can choose the shortcut you like for the command. You do not necessarily have to choose CTRL + V. It can be CMD + ALT + V, or even ALT + V. However, you must avoid choosing CMD + V, since this will create a conflict with the classic paste without adaptation to the style, which, basically, is done using the same CMD + V shortcut.