Apple allows all users to preview new versions of its software, iOS, iPadOS, but also macOS, tvOS and even watchOS. Only, it is not necessarily easy for everyone to understand how to install iOS in beta version on their iPhone. Here is our guide that will allow you to become an iOS beta tester in no time. And thus discover the new features of iOS 16 before the time!

Precision concerning iPadOS: this tutorial is valid for iOS, but it is applicable in the same way for iPadOS.

Things to know before becoming a beta tester

It is for this reason that we advise you, before starting the installation procedure for iOS in beta version, to make a backup of your iPhone. To do this, you have two choices. You can either save a backup on your Mac, in wired mode by connecting the iPhone to the computer via a Lightning-USB cable, or make a backup on iCloud. For this second solution, go to the iPhone settings, press on the iCloud identifier at the very top, then on iCloud > iCloud Backup, before turning on the “iCloud Backup” switch. 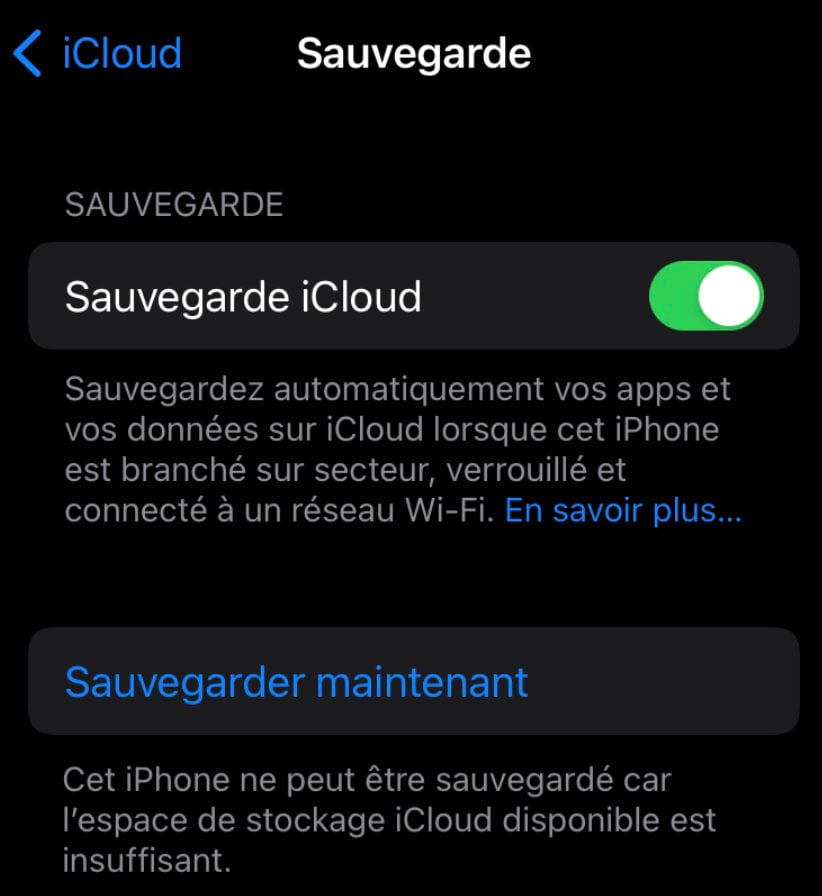 For iOS and iPadOS 16, see in particular:

How to Become an iOS 16 Beta Tester

There are two types of beta versions offered by Apple for its software: public betas and the beta developers. Public betas can be installed by anyone. They always appear after developer betas, which, as the name suggests, are normally only for app developers. But without necessarily being a programmer or an iOS application coder, know that you can still install an iOS developer beta. We explain below how to do it,

To become a public beta tester, you must register at the beta test program here at Apple. Those who have already tested previous betas of iOS do not normally need to re-register every year. They simply have to identify themselves with the account used the previous times.

Attention, to date, there is no public beta version of iOS 16 available.

To join the developer beta test program, you must be an app developer and have joined the program Apple Developer. It is therefore not given to everyone. But you should know that there are websites on the internet allowing you to retrieve beta testing profiles to install on your iPhone and allowing access to beta versions of iOS for developers, without being a developer and registered with Apple. The website we use for writing is as follows: betaprofiles.com. We detail below the procedure to follow to retrieve a test profile on your iPhone from this link.

WARNING : by using these types of websites, you expose yourself to security failures. Indeed, there is no guarantee that the profiles made available here are safe for your machines. Also, this is an alternate path not supported or recommended by Apple. If your iPhone encounters problems after installing a test profile found elsewhere than at Apple, you will have a hard time getting help from the Californian’s after-sales service. These dangers must therefore be taken into consideration.

For our part, we always recommend, if you are not a developer, to remain patient and wait for the release of the first public beta version.

Install the beta tester profile on your iPhone 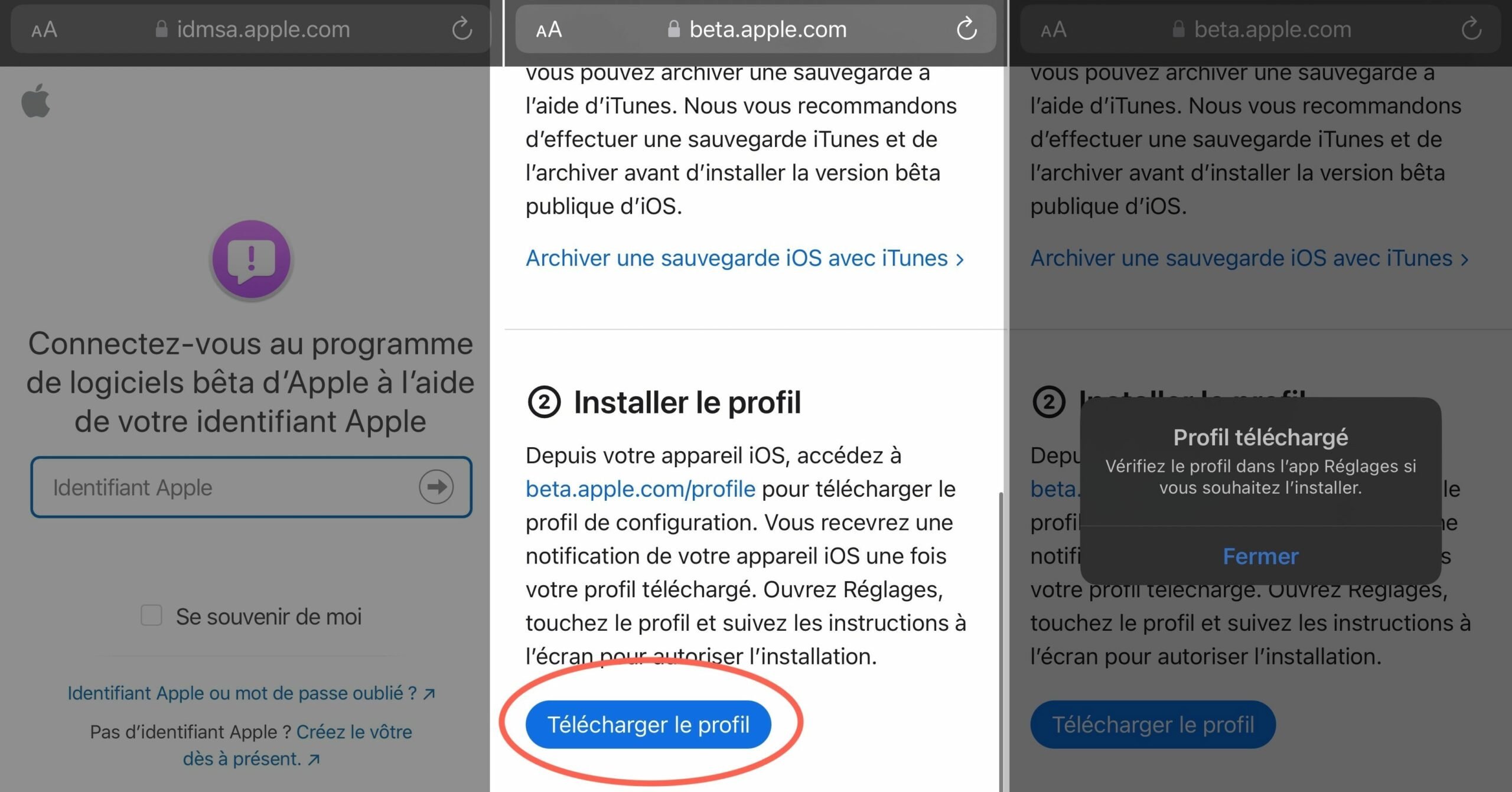 Attention, to date, there is no public beta version of iOS 16 available.

By being a developer and registered with Apple on the side of the Developer Program, the profile is retrieve here. Otherwise, go to the website Beta Profiles from Safari on your iPhone and follow these steps: 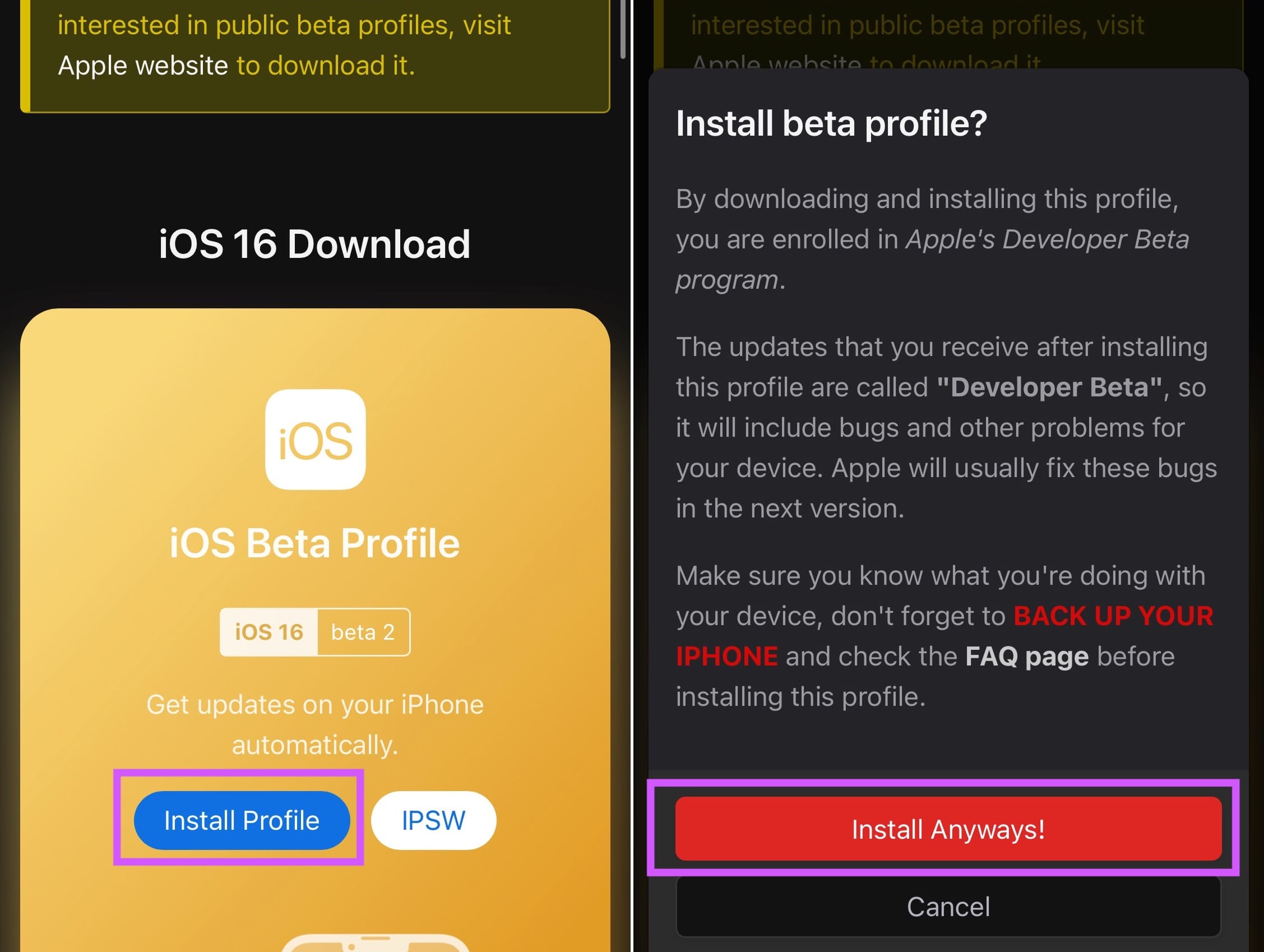 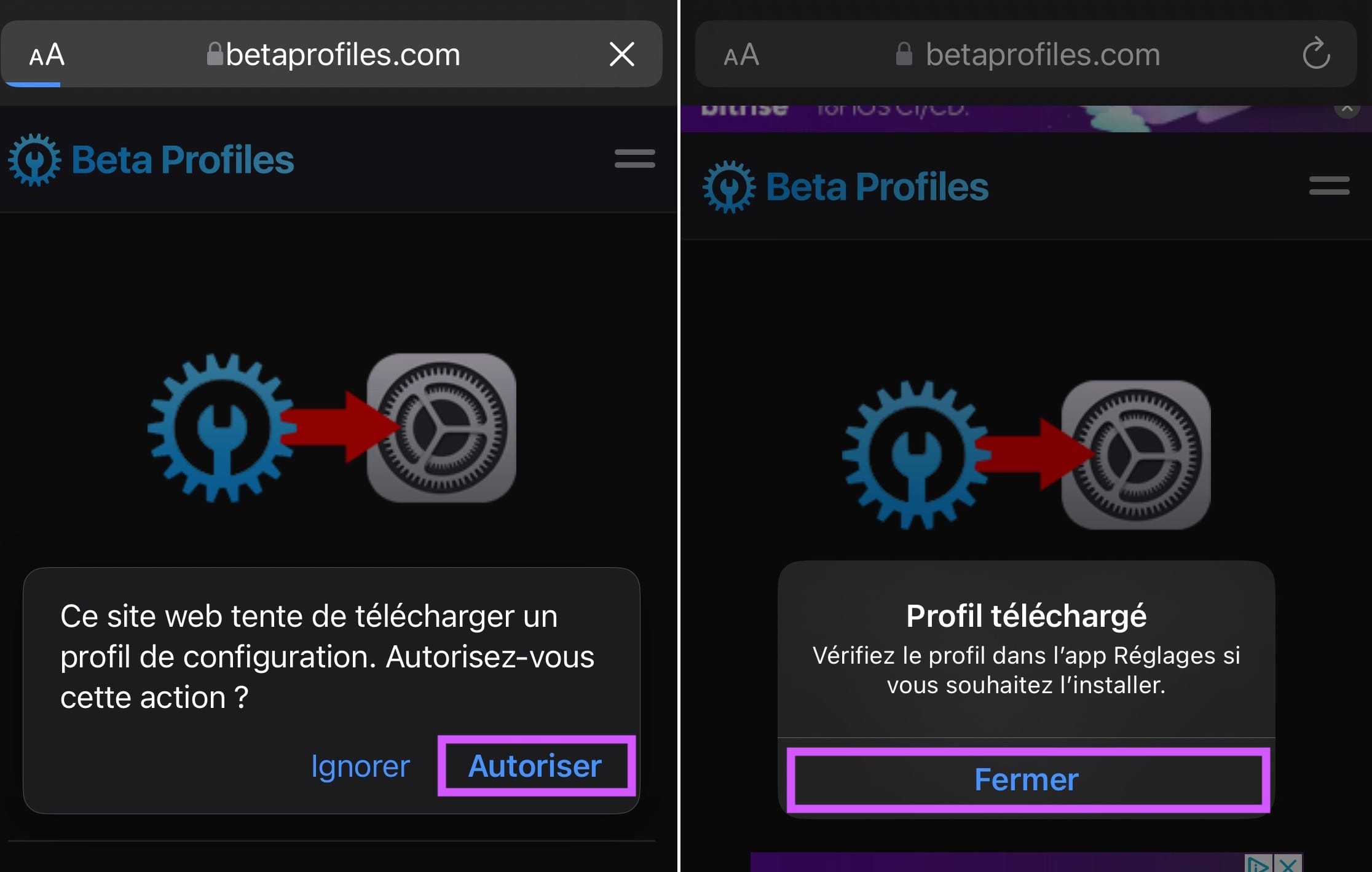 Once the profile has been downloaded from the Apple site or elsewhere:

The system alerts you when the restart of the machine is necessary to take the changes into account. Do “Restart”. 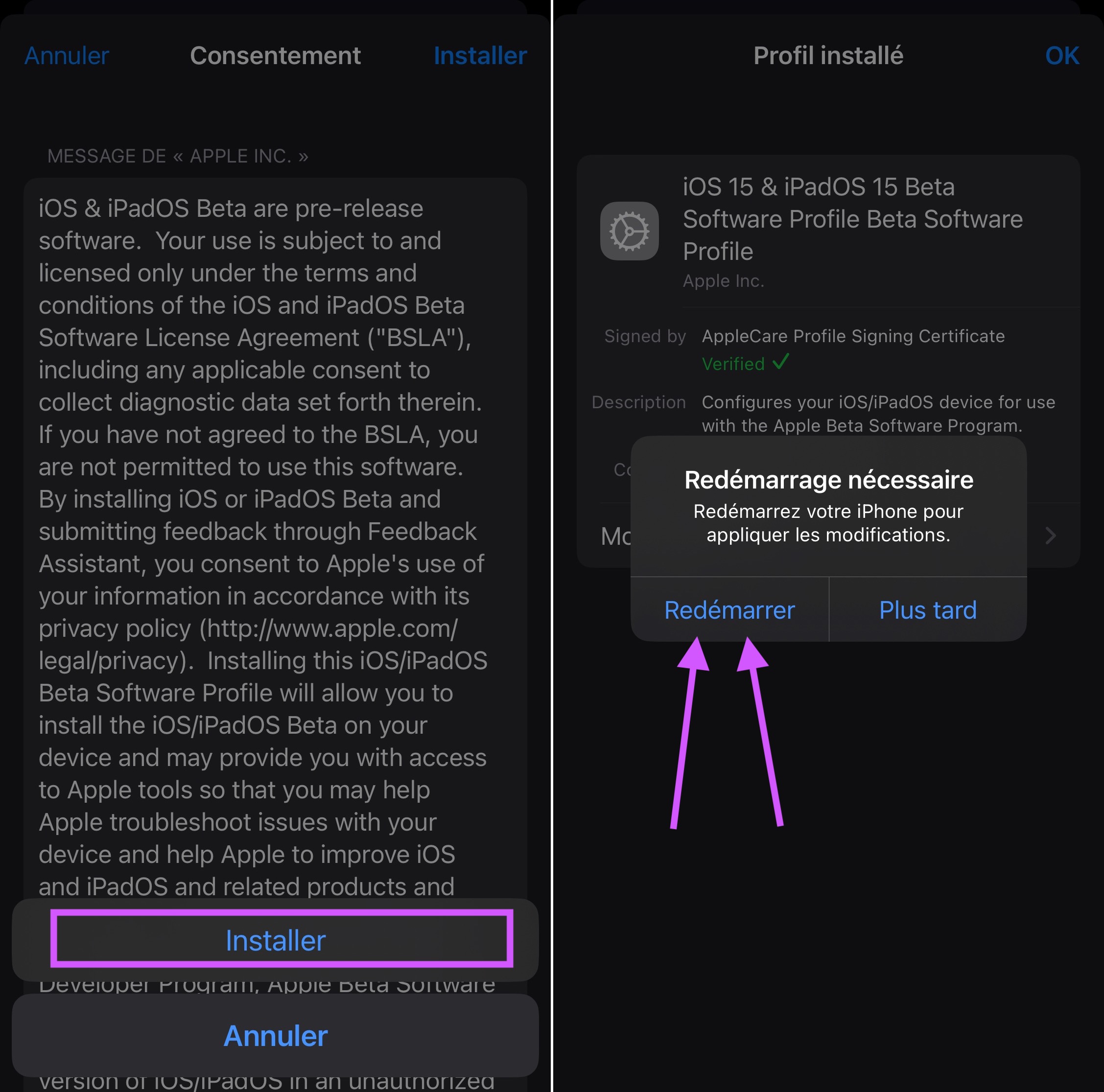 Once the iPhone returns after a few seconds, follow these steps: 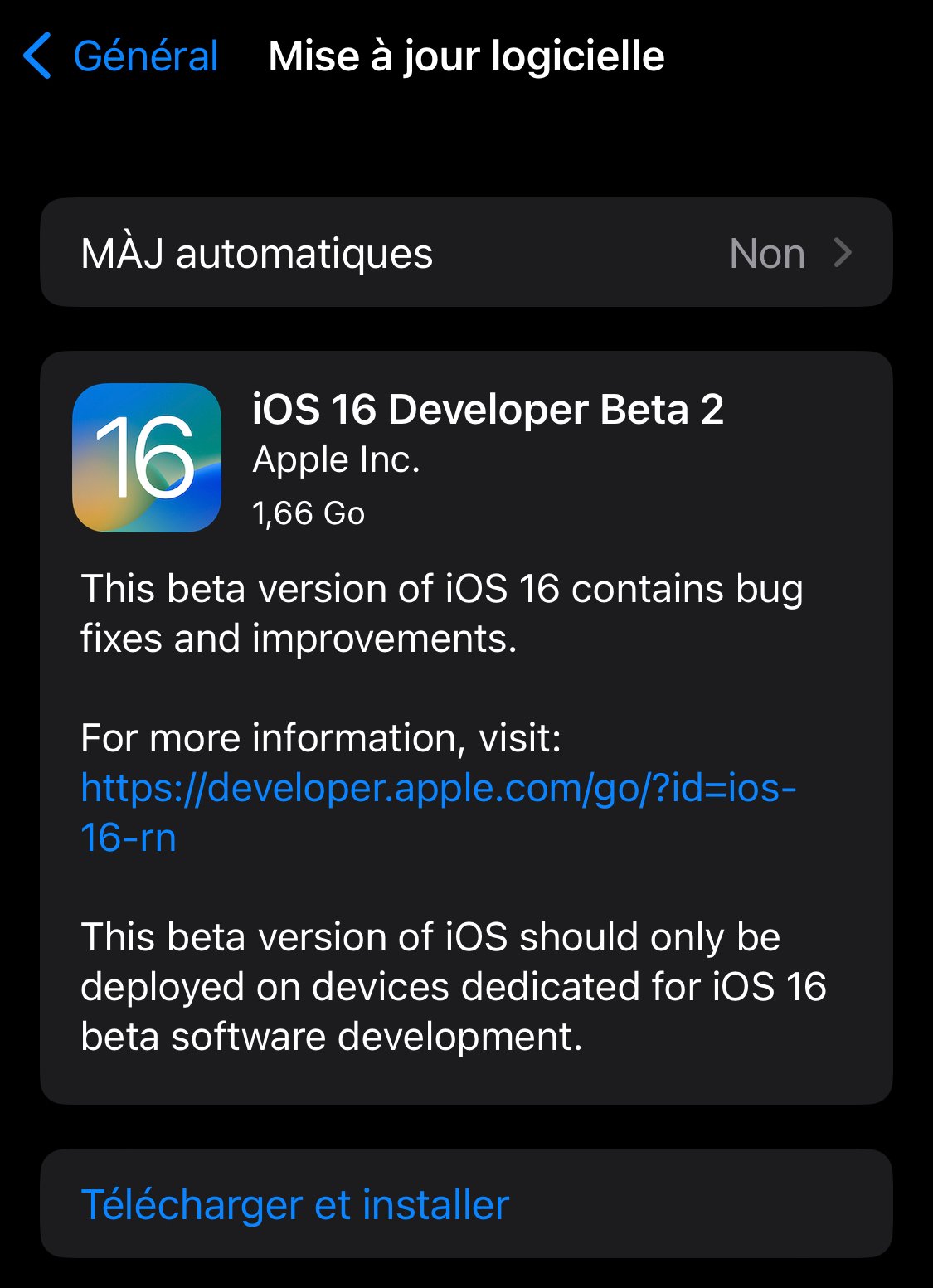 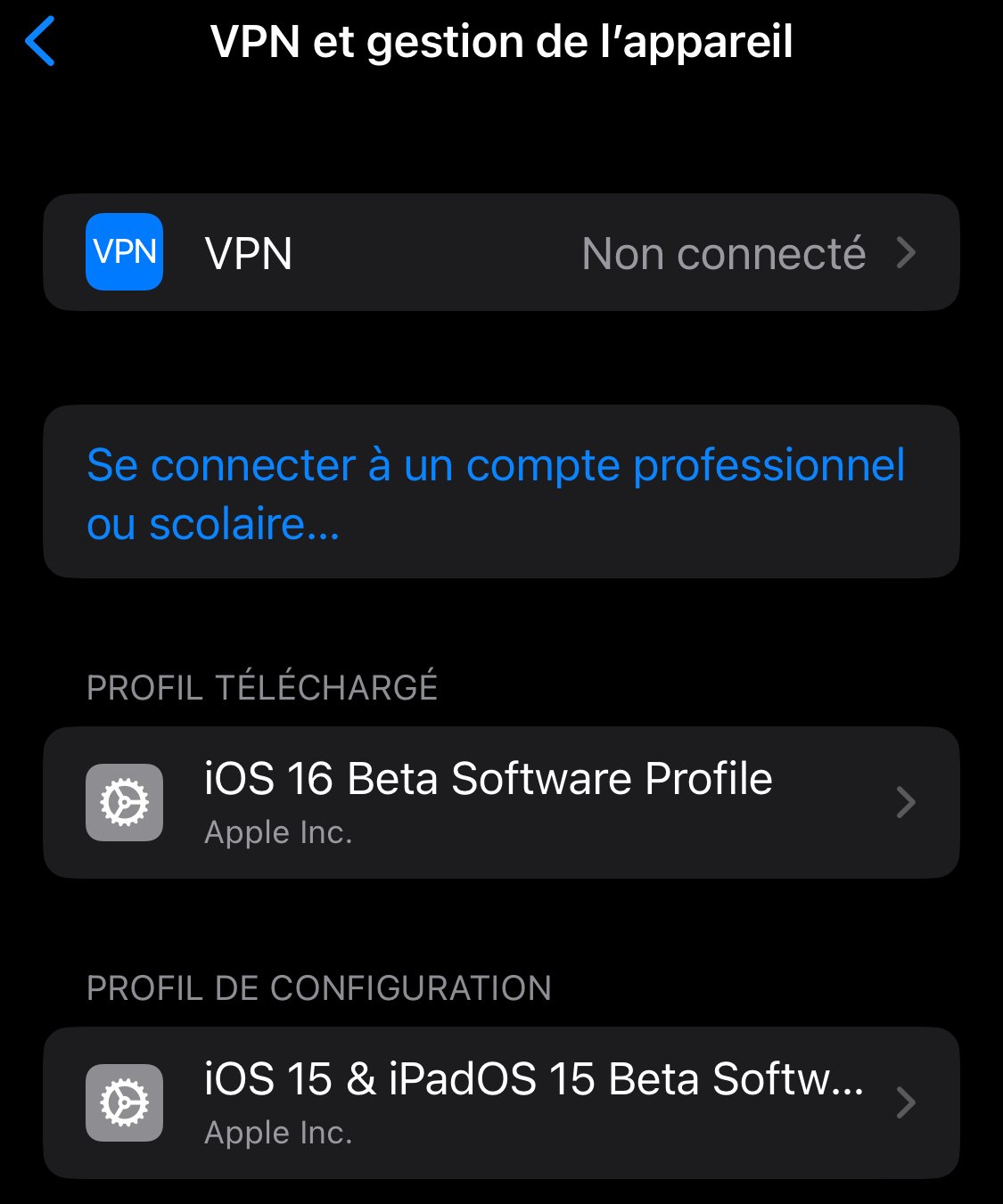 What if no beta updates show up despite installing a beta test profile?

In general, everything works fine for these beta updates. But it may happen that a beta version is not offered after installing the profile.

See also  TSMC's turnover is likely to explode thanks to Apple

In this case, we invite you to double-check that the beta profile is correctly installed. For this, go to RSettings > General > VPN & Device Management and check the presence of the profile in the “Configuration profile” paragraph.

If the profile is not displayed despite being downloaded, force the “Settings” application to close and relaunch it.

Finally, the last solution is to retry the download and installation of a profile.

What if I no longer want to be a beta tester?

You can leave the public or developer beta testing program at any time, and in a very simple way. Just delete the beta tester profile installed on your machine:

How do I leave the iOS beta test program? 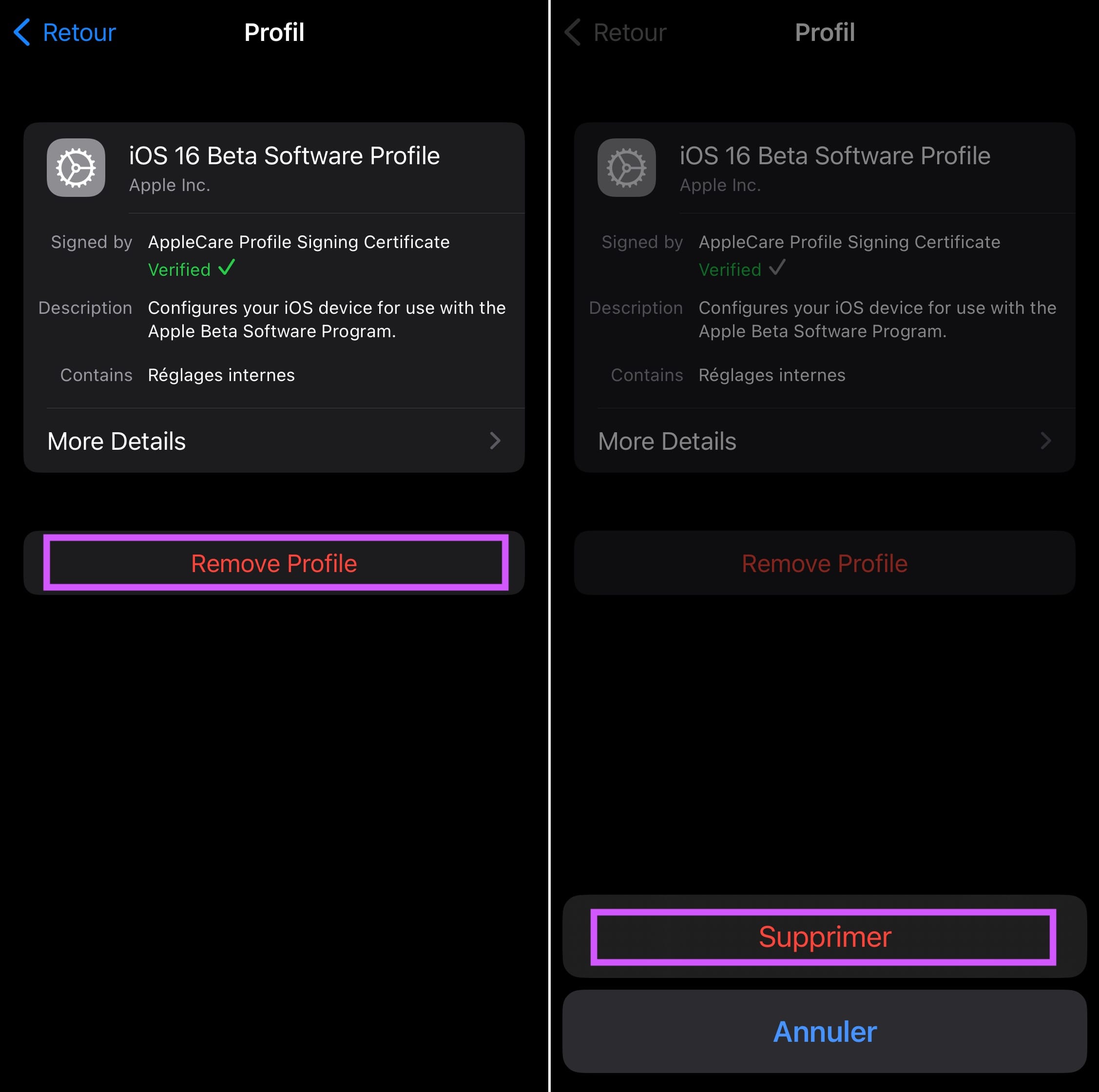 The device restarts to apply the changes.

Otherwise, be aware that if you leave the iOS beta test program, after restarting, your iPhone will still run under the latest beta version you tested. You’ll be able to grab the final classic releases thread when Apple releases a new iOS update for everyone.

Find more information on uninstalling a beta version at Apple.

There you go, you know all about iOS beta testing at Apple. Note that for iPadOS, the procedures described here are almost identical. For macOS, watchOS and tvOS, you can also use this database, the specifics depending on the type of platform used are not so numerous.

Finally, for a preview of what’s new in iOS 16new features that you can now test in iOS 16 beta, do not miss our list of all the changes brought by the update.