Surely you have ever crossed the road with a car that had the trunk open because it did not fit the load, or a van with the doors open because it had objects that were too long inside. Be that as it may, carrying a load that exceeds the limits of our vehicle can mean a serious danger to traffic.

Although our private vehicle is not intended exclusively for the transport of merchandise, you should know that you can take it if you need it. However, you must take into account the limits allowed for the dimensions of the load depending on whether you drive a car, a van or a truck / industrial vehicle. 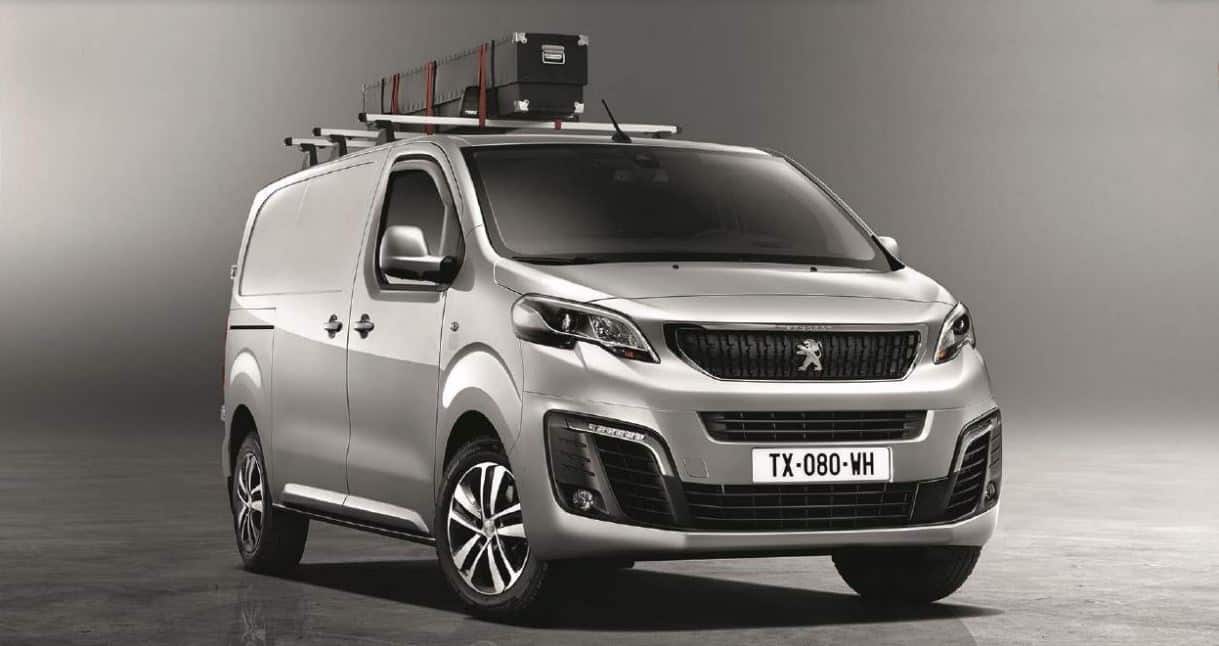 As a summary of what we are going to detail below, we anticipate that passenger cars they can only carry loads that protrude –exceptionally– from the rear. Vehicles intended for trucking, for their part, they can carry cargo that protrudes from the front, back and sides, with certain conditions.

How to mark protruding loads in a car 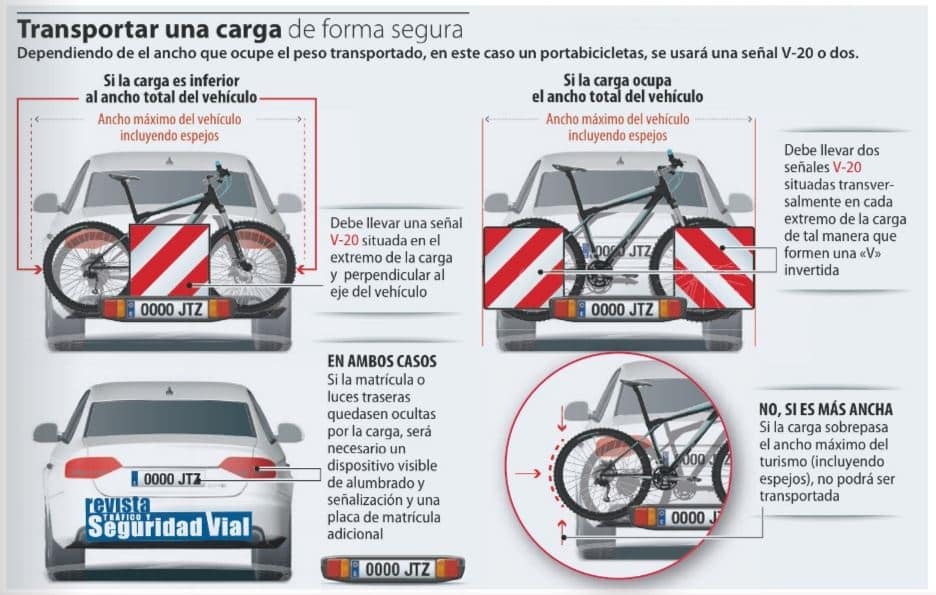 We want to emphasize that, in a car, the load can only protrude from the back and always with a maximum of 10% of the vehicle length (Except if it is indivisible, whose limit will be 15%).

For hold the sign We must do it strongly, as sheltered as possible from the wind and using all its anchoring points, preferably using elastic mooring straps or tensioners. The use of plastic clamps is not recommended.

How to mark protruding loads on a van

The DGT also recommends following a series of guidelines in the case of vans and other industrial vehicles. In the vehicles intended exclusively for the transport of goods Two different cases are presented depending on the length of the vehicle. Essentially, the reference measurement is five meters in length. 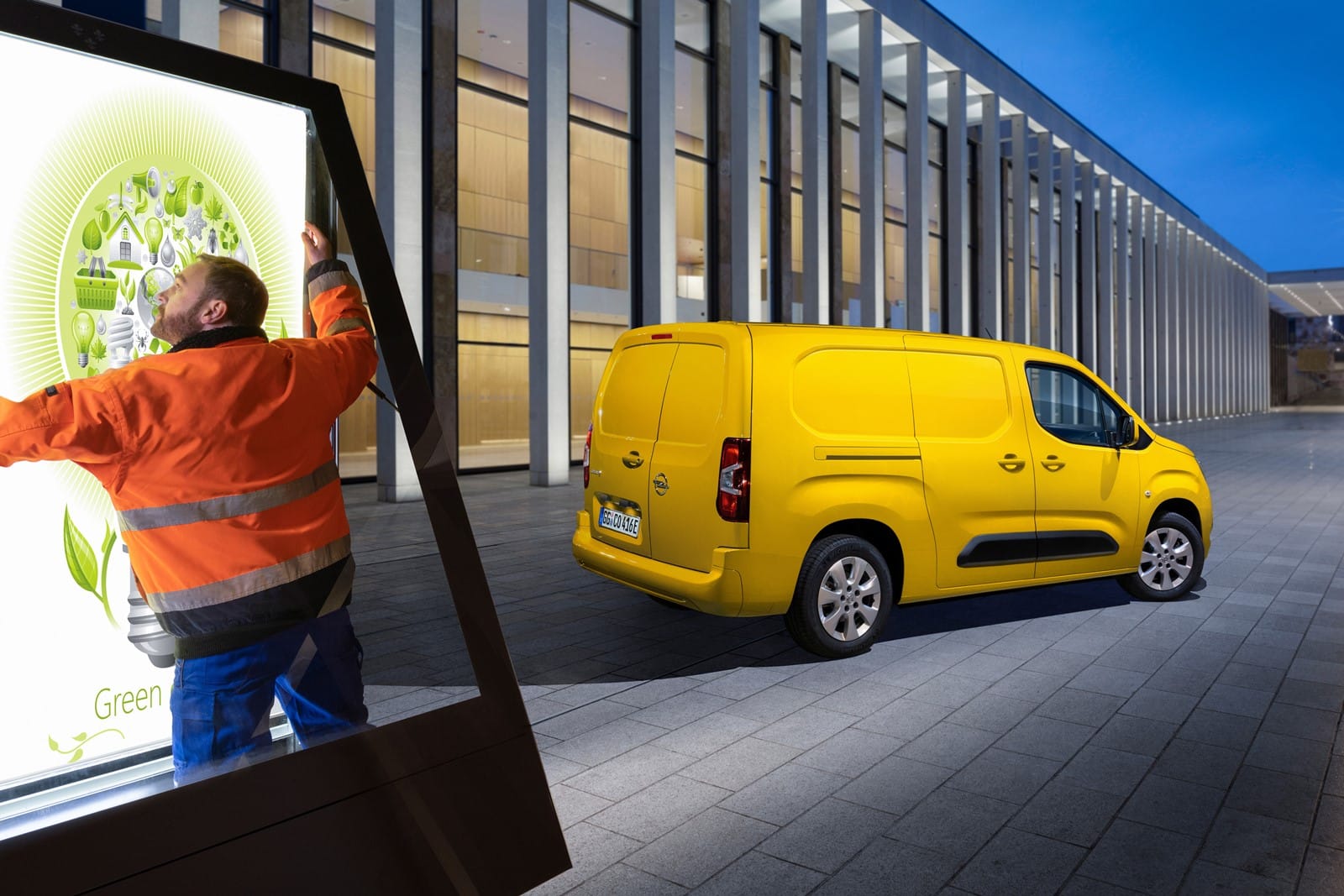 As in passenger cars, if the load exceeds the limits of the van, you must correctly signal it with one or more V-20 marking plates:

If the license plate or taillights are hidden for the load, a lighting and signaling device is required, plus an additional license plate outside the load. Whatever the load transported in a vehicle, as well as the accessories used for its conditioning and protection, must be willing and subject so that:

When the vehicle circulates between sunset and sunrise or under meteorological or environmental conditions that significantly reduce visibility, the load must also be marked with a red light. When the load protrudes from the front, the signaling must be done by means of a white light.

There is also an established height limit for goods. The maximum height of the vehicle and its load can reach four meters. However, it must be taken into account that the height of the load cannot in any way compromise the stability of the vehicle, nor fall totally or partially.

What if I don’t signal the load or exceed the limits?

Faced with this question, Traffic agents are very clear about how to act. Based on the provisions of article 15 of the General Traffic Regulations, whether driving without the corresponding signs or for breaching the established limits, the penalty is considered light. In this way, the amount to be paid will be 80 euros and will not involve theft of points driving license.