There are still a few months until Ford have in the dealerships of the main European countries the new Mustang Mach-E, an electric vehicle with which they intend to revolutionize the segment thanks to its generous autonomy and relatively competitive rates. Of course, the model has already been marketed in Spain since last August.

The Mustang Mach-E engine family will have versions that will develop 258, 286, 337 and 465 hp of power, with the Ford Mustang Mach-E GT Performance Edition being the most performance version with up to 487 hp. However, it is still too discreet, so the specialist Motion R Design He has just presented us the wildest kit that exists to date. 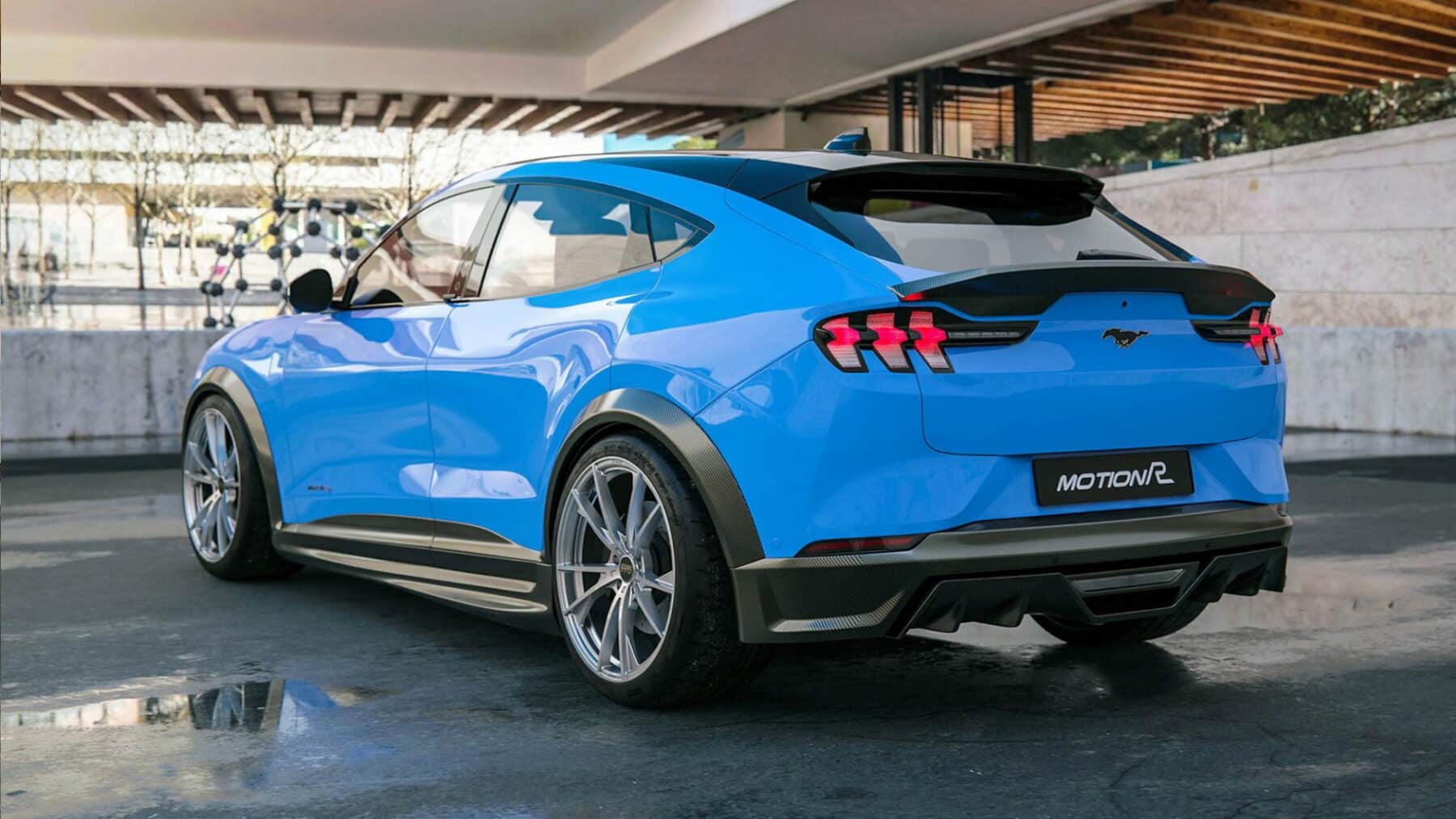 The Lancashire-based company has provided the Mach-E with numerous design changes including custom wheels, a rear door spoiler and a new front grill. As can be seen at a glance, the body has also been fitted with widened body panels, new wheel arches and prominent side skirts.

Both the front and the rear receive new more aggressive bumpers and, in the second case, it integrates a striking diffuser. The kit can be ordered at carbon fiber or in an option of forged carbon. There are no interior images at this time, but the model will receive a Nappa leather upholstery, as well as a flattened base carbon fiber steering wheel, among others.