The Volkswagen Golf Mk8 It has been criticized for its conservative design, but there are already several specialists in the automotive aftermarket who are trying to solve the problem with interesting update packages that, later, should also be accompanied by succulent improvements under the hood.

Until now, ABT Sportsline Y JMS They were among the few who had shown us news on the compact platform, but recently Urban Motors has worked to show us an interesting set-up for the new electrified Golf GTE that remains within the limits of discretion.

The specialist’s Golf GTE has an individual body package consisting essentially of a newly made suspension kit and a new set of wheels. Barracuda Project 3.0 of the Ultralight series that measure 8.5 × 20 inches and are shod with Continental Sport Contact 6 tires in dimensions 235/35 R20.

These sport a milled black finish with the spoke edges detailed in blue, complementing the vinyl applied to the gray body with contrasting gloss black elements. The suspension package is signed by Kw and it is a type set coilover Variant 3 which reduces ground clearance by 45 mm. 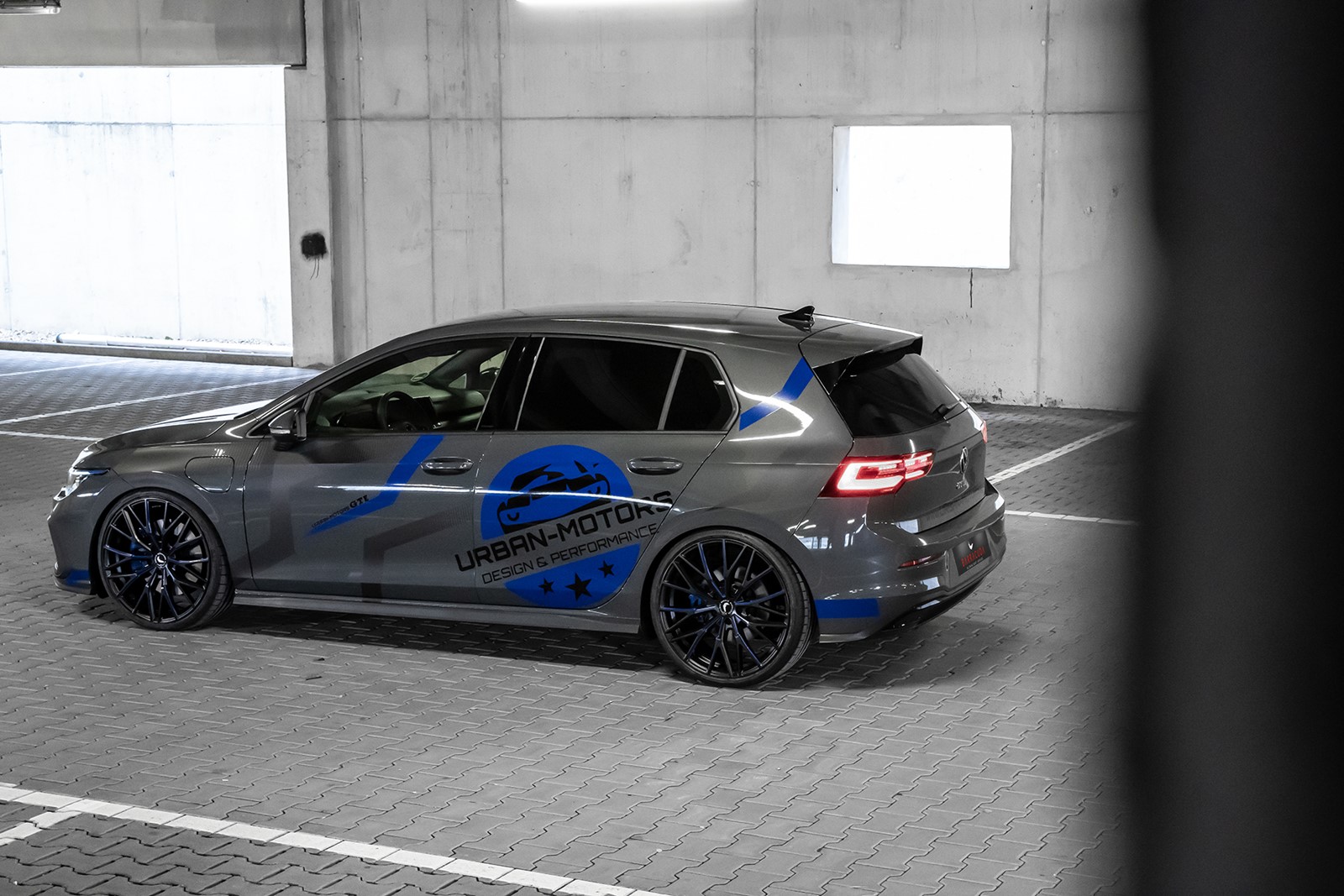 Where there is no news is under the hood, which is why the plug-in hybrid drive consists, among others, of a 1.4-liter TSI engine, the hybrid module with electric machine and a six-speed DSG double clutch transmission, as well as a lithium-ion battery that has 50% more capacity (13 kWh).