Whether it’s ambition or a passion for motorsports, buying a Porsche is likely to be one of your biggest dreams. If you are like me –an eternal capricious–, you will have taken a look at the search engine to find the cheapest Porsche. Or at least as affordable as possible.

And it is that, why deceive ourselves? The sound of a boxer engine and its acceleration mesmerize any fan of four wheels. However, as you may know, buying a Porsche not within the reach of any pocket. Not at least for the vast majority of mortals. 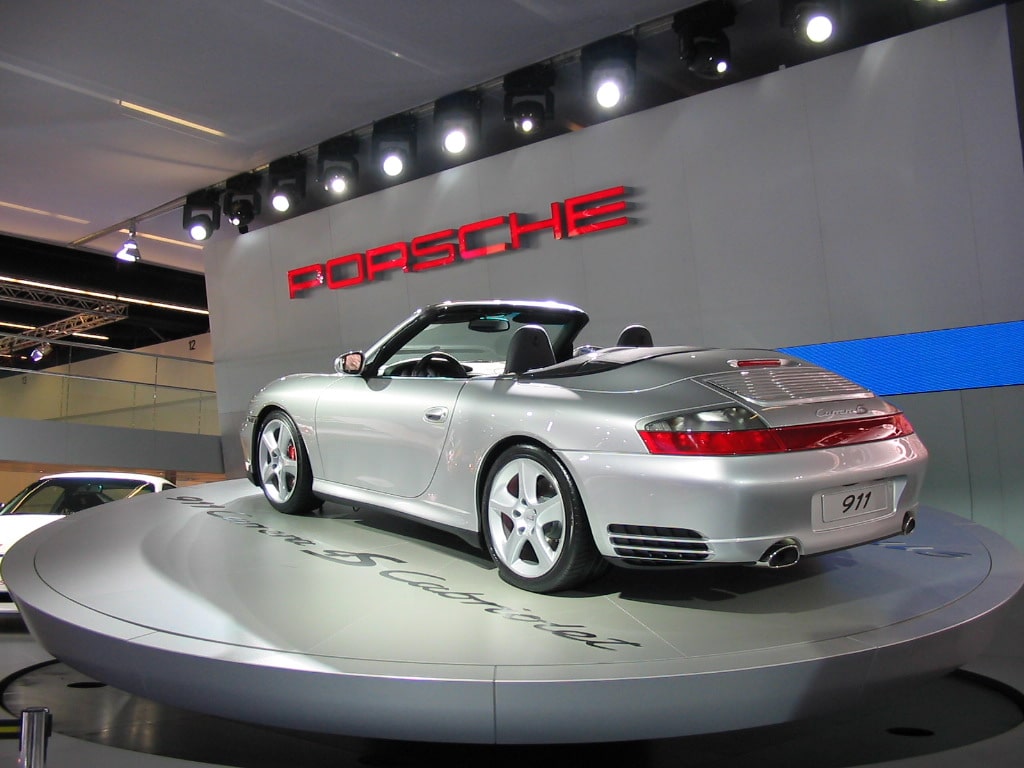 But although it may seem prohibitive, Finding a relatively cheap Porsche is not an impossible task. And in this article we are going to show you. Nor are you going to be infatuated with some classic patanegra or some special edition. We are talking about accessible models and more common cut.

In search of the cheapest Porsche

The used market is full of cheap Porsches just waiting to be bought. Yes indeed, check them well before you buy them, since, otherwise, you could get more than one dislike. And Porsche’s after-sales service isn’t exactly cheap.

Number one on our list is 924, the first water-cooled, front-engined Porsche. This model was developed jointly with Volkswagen, a Porsche strategy to catapult the brand’s sales level. In fact, the 924 was intended to be an access model, capable of embracing a larger market segment.

The most characteristic of the 924 were its retractable headlights, a long bonnet and its wide rear window. A four-cylinder block, extracted from an Audi 100, gave life to this model, capable of developing up to 125 hp. Already in 1986, with the arrival of the 924 S, the power was increased to 165 hp.

The 924 is the cheapest second-hand Porsche you can find.

This time the 924 S mounted an engine of the brand itself and that it borrowed from the Porsche 944. A 924, to date, It can be around €6,000. Of course, a 924 S with low mileage and in good condition can shoot. Keep in mind that because of its history and nostalgia, the value of a 924 will increase over time.

See also  How are a moped and a motorcycle different?

Along the same lines, the Porsche 944 was a continuation of the 924 story. With a series of design and technology improvements, this it came to occupy an intermediate position between the 924 and the 911 SC. And yes, the 944 was still part of that famous entry-level range of front-engined Porsches.

The 944 mounted a better development of brakes and a more robust chassis. As an important fact, It had a proper Porsche engine, something that the most devoted had missed. The engine block had a displacement of 2.4 liters, the same as the 924 S, which initially developed 163 hp.

The 944, like the 924, were not such revered models for fans of the Porsche universe. For this reason, these become one of the cheapest Porsches on the market.

The most enthusiastic considered that it distorted the essence of a Porsche, but the truth is that the Cayenne has proven to be a leader in its segment. Being the first SUV of the brand, the first generation of the Cayenne came to add more than 270,000 units sold. Today, it is another alternative if you are looking for a cheap Porsche.

See also  This will be the spectacular Triumph electric naked 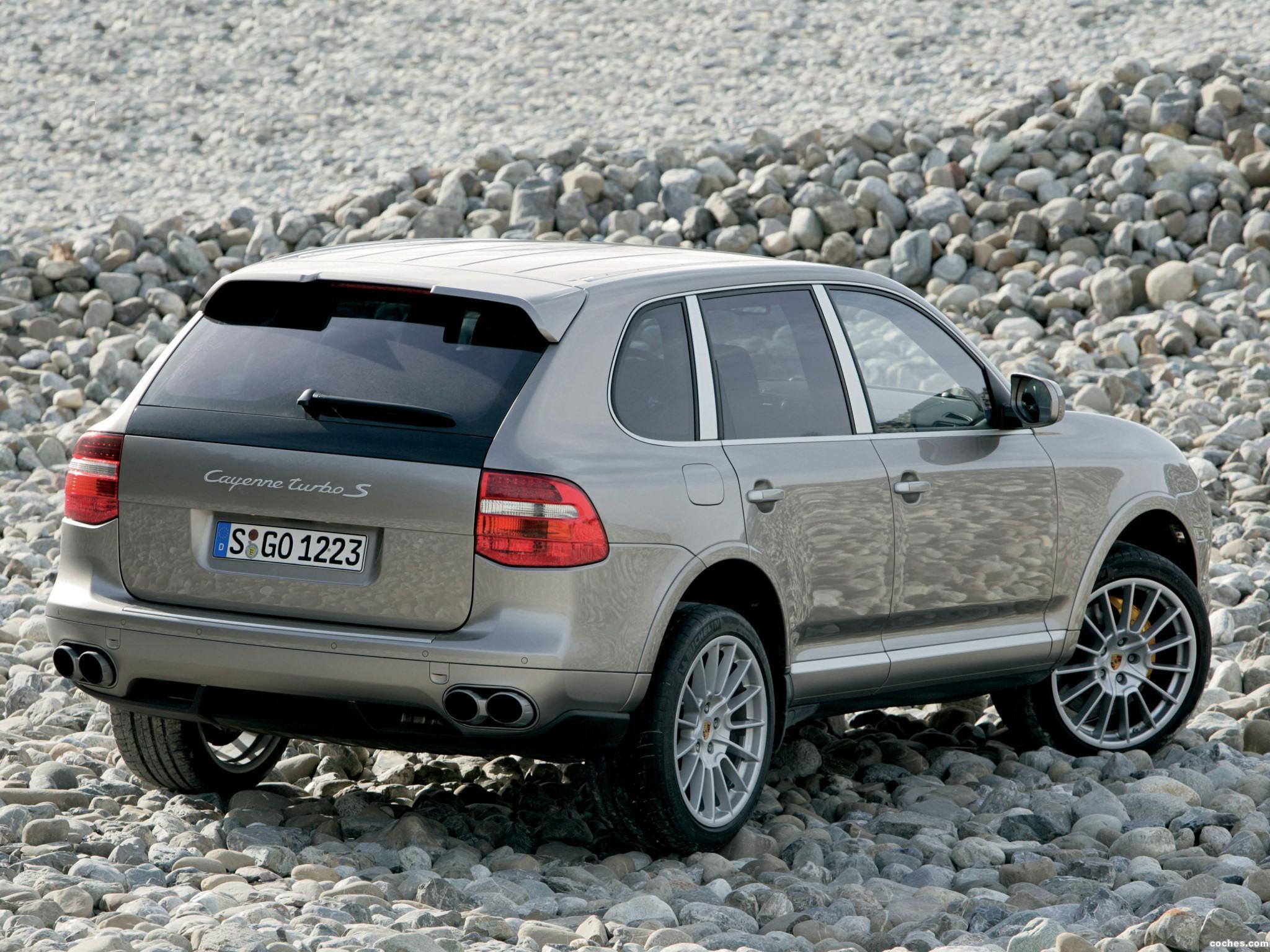 Buying a Cayenne can be complicated. There are many units on offer, but you should pay attention to a few points. These are, for example, the air suspension, the Tiptronic gearbox or oil leaks. The price of a unit in good condition and with the most basic engine it can be around €8,000.

One of the roadster The best known of the brand is the Boxster, and specifically the 986. This was launched in 1996 to deal with models such as the Mercedes SLK 32 AMG or the BMW Z3 M. In fact, the Boxster forged such a success story that helped the brand save itself from bankruptcy.

Porsche Boxster used the headlights, hood, front wings and doors of the 991 type 996. This strategy was intended to reduce its production costs, one of the great burdens of Porsche in the last century. The Boxster had a central boxer-type six-cylinder engine that developed, in its access version, with 204 hp. 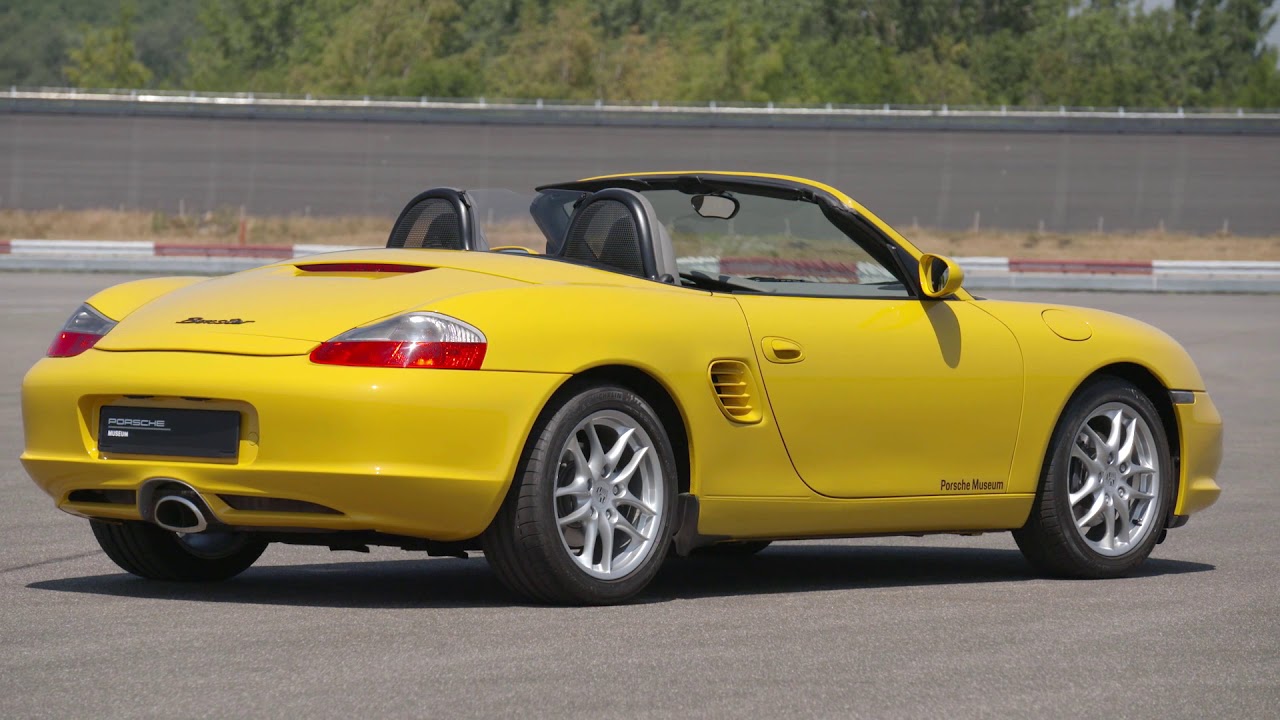 Said power was increased to 260 hp in the S variant. As a curiosity, it sported a retractable rear spoiler that was deployed from 120 km/h. It also had electric soft top able to close in just 15 seconds. These details made this model one of the kings of vehicles roadster.

You can find a first-generation Boxster on the market for about €13,000. There are thousands on offer, although be aware of its endemic ills. One of them is the failure of the IMS, which we will develop when we talk about the 996. The Boxster also had water-cooled engines, a detail that detracted from the model for the most enthusiastic.

The most affordable option for 911 fans is the 996. As you may already know, This fifth generation was a big change for the model, a somewhat controversial change. Porsche introduced a new design language for the 911, a new frame and larger body dimensions.

In addition, much to our regret, Porsche also introduced the famous water-cooled engines in the 911. The fifth generation of the 911 featured a 3.4-liter boxer-type six-cylinder entry engine, capable of delivering 300 hp. This power was increased to 320 hp in 2003, along with the 3.6-liter engine. 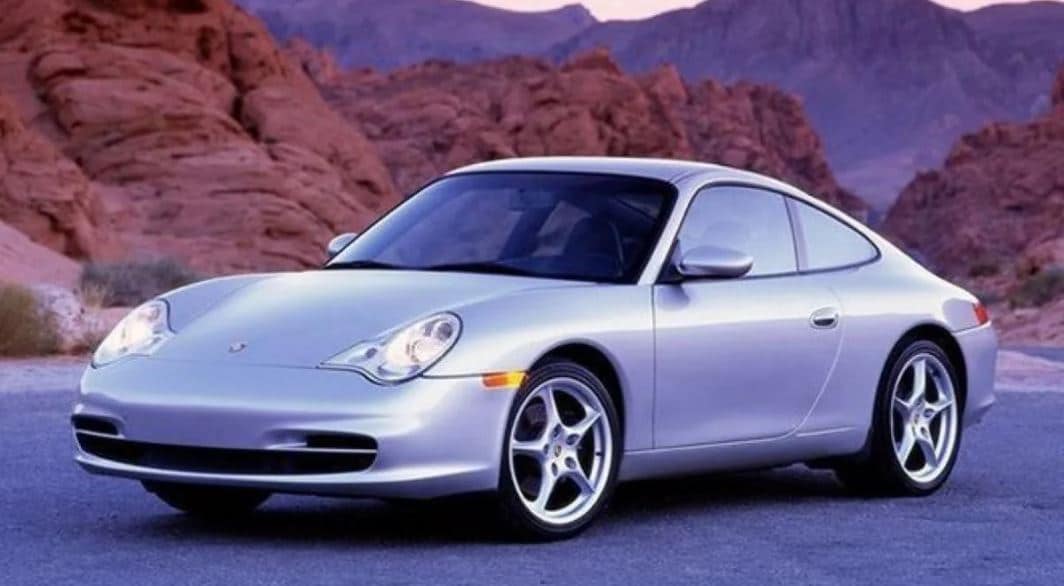 Of course, a Turbo S could reach up to 450 hp. The 996 was also available in a coupé version, in a cabriolet version or in the much revered Targa. One of the most important points to take into account are some of its endemic evils. One of them is the failure of the IMS of the M96 and M97 engines.

The IMS is a bearing that supports the intermediate shaft and connects to the timing chains. In the event of a fault, it assumes a major repair, with which it checks that it has been reinforced. Still, if you have it under control, it is not a point that you should fear. 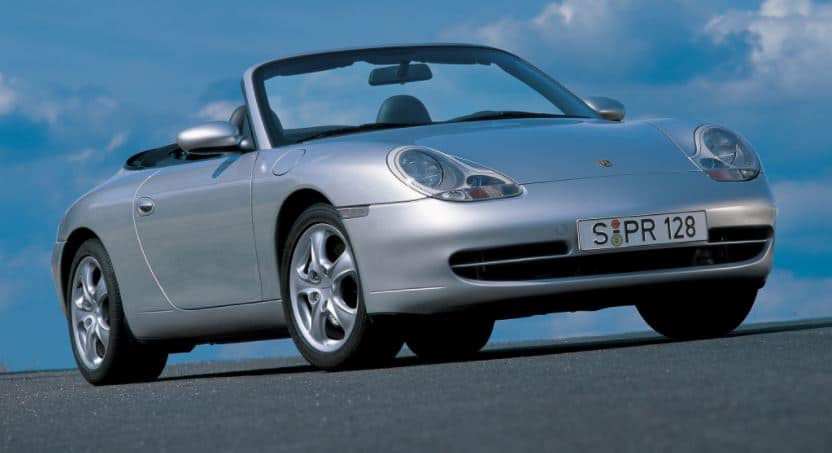 Due to its great break with the past and its water-cooled engines, the 966 ended up being misunderstood. So much so that today it is part of our list of the cheapest Porsches you can buy. Price-wise, you can find a well-cared-for, well-maintained 996 for about €23,000.

The Cayman will be one of the most affordable alternatives today if you are looking for a brand new Porsche. However, the 987 becomes the most expensive option on our list, but also the most current. Based on the Boxster, the Cayman is a two-seater coupe that aims to cover the market segment that does not cover the 911.

The first generation of the Cayman features a mid-mounted boxer engine. Its range of engines ranges from a 2.7-liter 245 hp to a 3.4-liter 330 hp for the Cayman R. All of them, as you might expect, 6-cylinder engines. 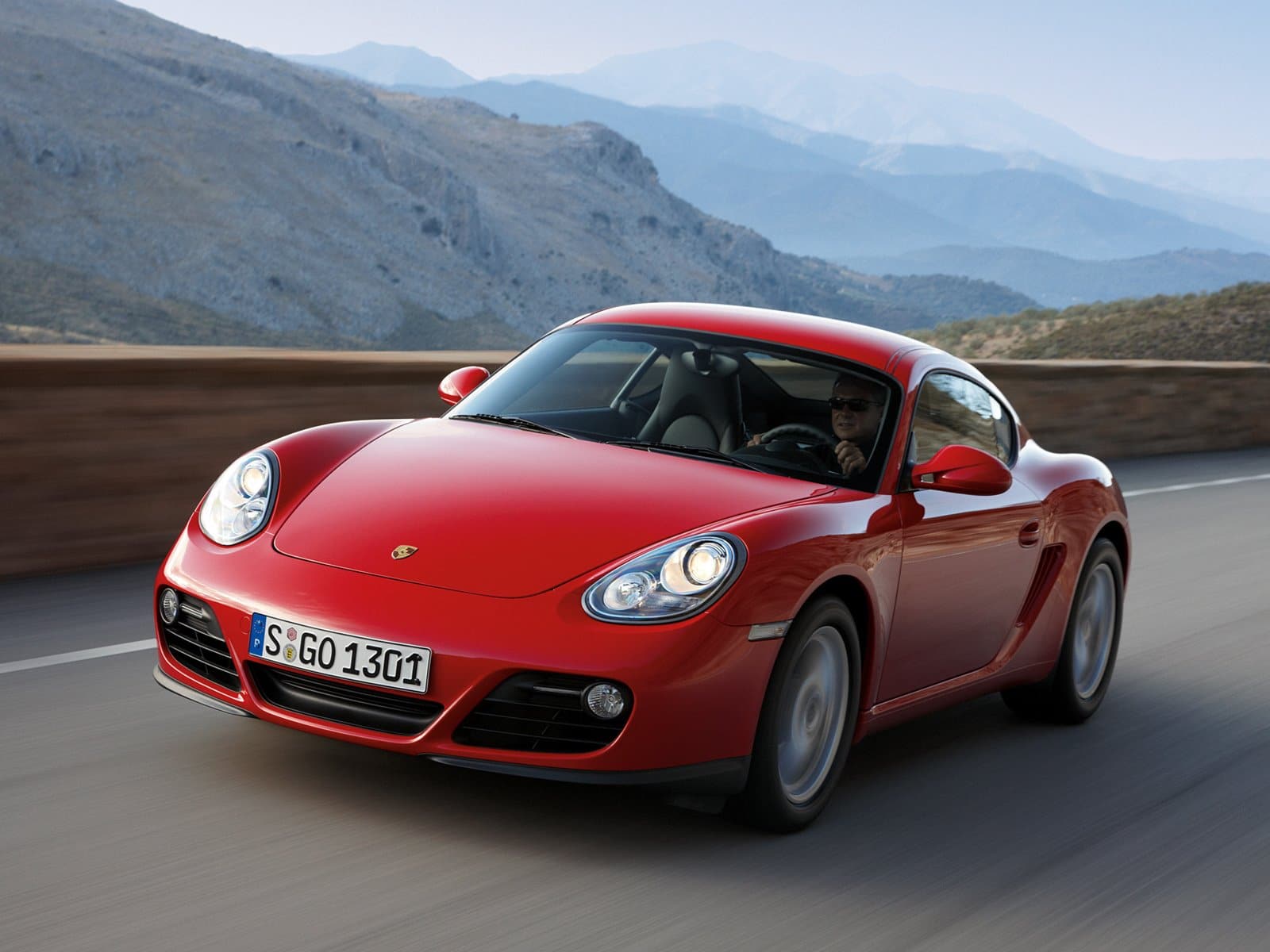 The first generation of the Cayman is around a price of about €25,000 for your access version. For the purchase, keep in mind that the IMS can give some problems in the first units of 2005. Otherwise, rest assured, it is a very reliable car.