The keynote California Streaming of September 14, 2021 was the opportunity for Apple to present the iPhone 13 Pro and iPhone 13 Pro Max, but also a new iPad mini. This sixth generation does not really resemble the previous one: we indeed notice visual differences from the first glance between the two devices. Inside, however, the technical characteristics are relatively similar. So let’s take a look at the manufacturer’s official figures to find out more.

The screen got bigger

Although this is not immediately noticeable, the screen of the iPad mini 6 is more imposing than that of the iPad mini 5. With the 6th generation, we go from 7.9 to 8.3 inches. True Tone technology is available on both iPad mini 2021 and iPad mini 2019. This allows the screen colors to be updated automatically, depending on the surrounding brightness.

Comparison (screen) iPad mini 5 vs iPad mini 6 : a display approximately 5% larger with the iPad mini of 2021.

The 6th generation iPad mini (our full review) definitely outperforms the 5th generation iPad mini. And for good reason: it is powered by a proprietary A15 Bionic processor, consisting of a six-core CPU and a Pentacore graphics card. The artificial intelligence engine, on the other hand, is a sixteen-core Neural Engine.

By way of comparison, the iPad mini (5th generation) is entitled for its part to an A12 Bionic chip.

Comparison (performance) iPad mini 5 vs iPad mini 6 : no surprise, the A15 processor of the iPad mini 6 wins by far. 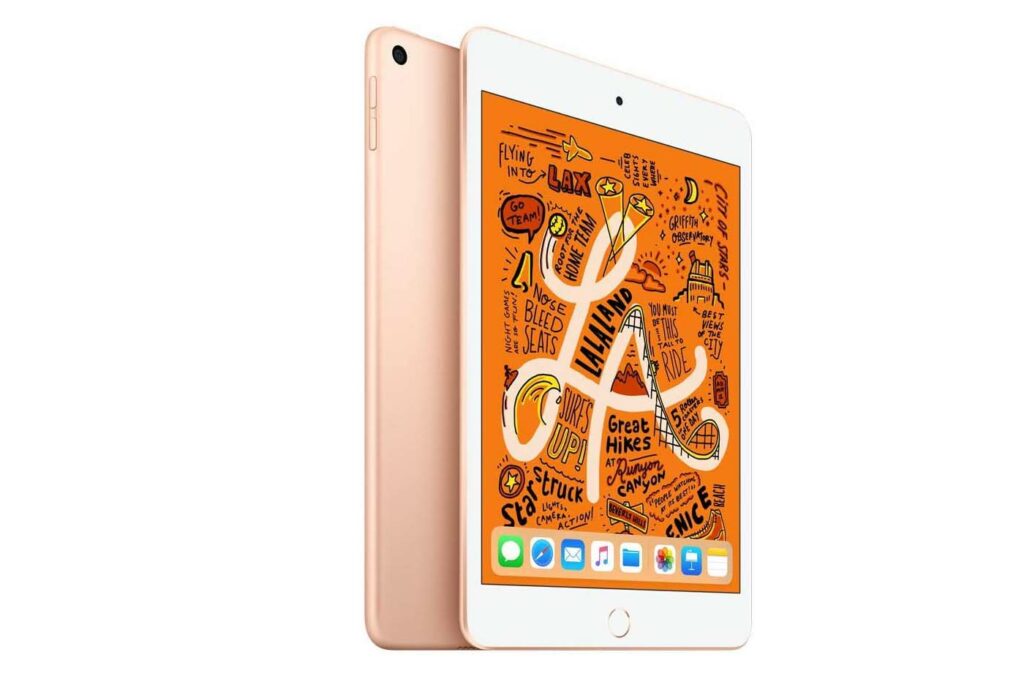 What about the colors, then? The iPad mini of 2021 is released in four different shades. These are mauve, starlight, pink, and space gray. However, the situation is different for the iPad mini 2020 since it is limited to gold, space gray and silver. As for the pure dimensions, it is 203.2 x 134.8 x 6.1mm for the iPad mini (5th generation) vs iPad mini (6th generation) at 195.4 x 134.8 x 6.3mm. We can therefore say without fail that the iPad mini 6 is unfortunately thicker than the iPad mini 5. However, it has the same height but it is less wide. The differences are very slim, however, so there is every reason to believe that most customers won’t really see a noticeable difference between the two tablets. 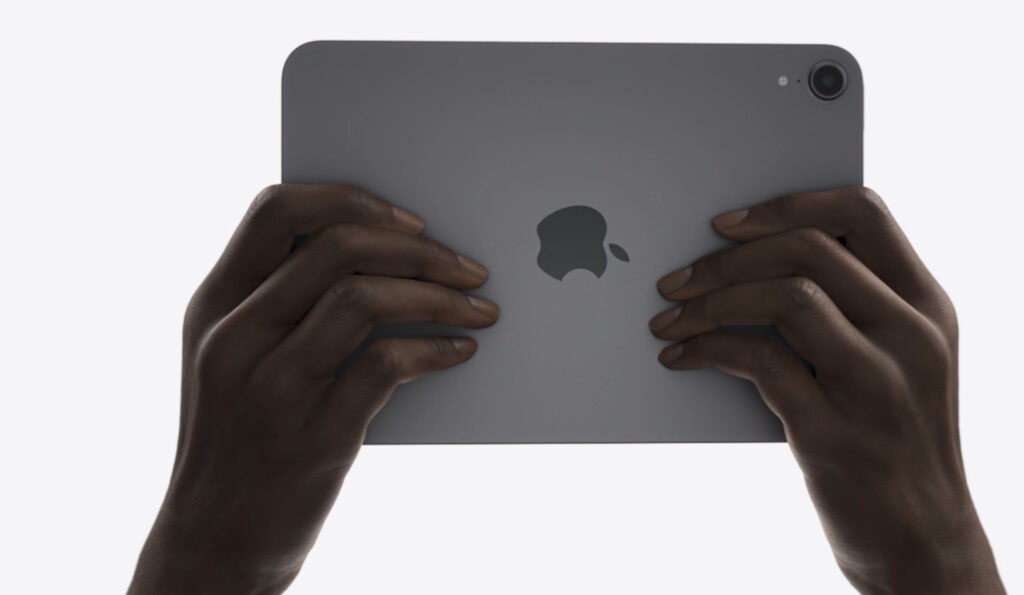 No difference on the software side?

iPad mini 5 and iPad mini 6 are both powered by a proprietary operating system. This is obviously iPadOS. But where the sixth generation iPad mini natively embeds iPadOS 15, the fifth generation iPad mini does not. Indeed, the latter runs under … iOS 12.1.3! So of course, you can update it for free to iPadOS 15. However, this has a cost: that of longevity. In fact, if the 2021 iPad mini will be supported for around five years, so will the 2019 iPad mini. Which means the latter is closer to the end.

Moreover, you will be entitled to the same applications on iPad mini (6th generation) and on iPad mini (5th generation). First of all, we are talking about many services. Among them are the Apple TV and Apple Music streaming platforms, and even Apple Podcasts. We can also cite, pell-mell: 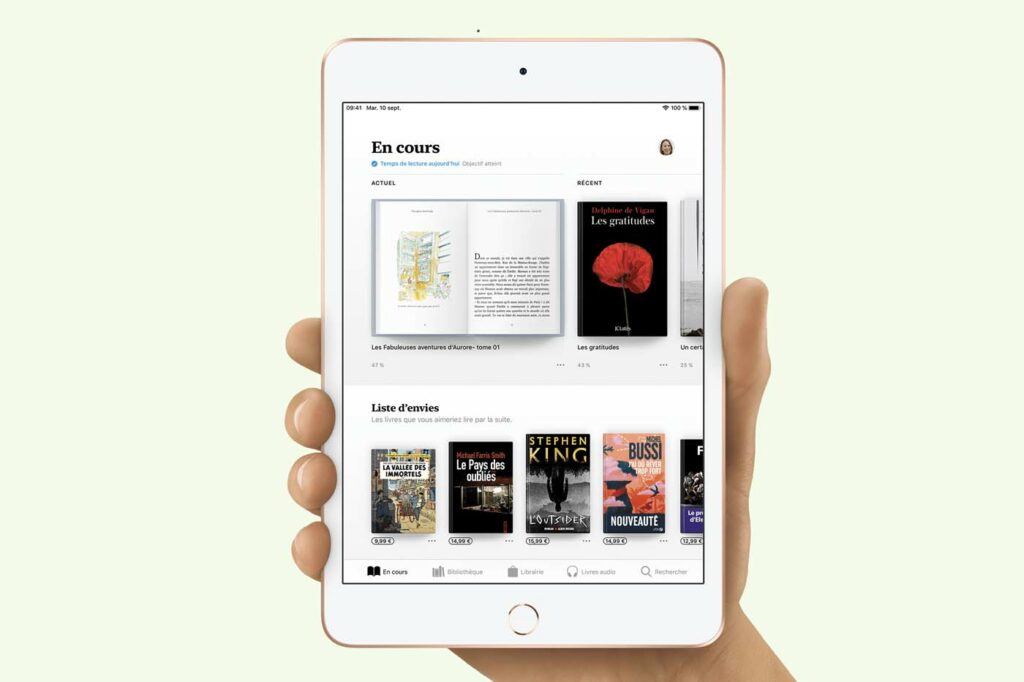 Another advantage of iPadOS 15: privacy. Indeed, this operating system is still considered today as one of the safest in the world in this area. Thus, iPad mini 6 and iPad mini 5 make it possible, for example, to block the inter-application tracking operated by advertisers to track you before serving personalized advertisements.

The iPad mini 6 and the iPad mini 5 also have a virtual private network. In addition, messages from the application of the same name are sold as end-to-end encrypted. And this is only part of the measures put in place by Apple, which also explains on each App Store sheet what developers collect as personal data. 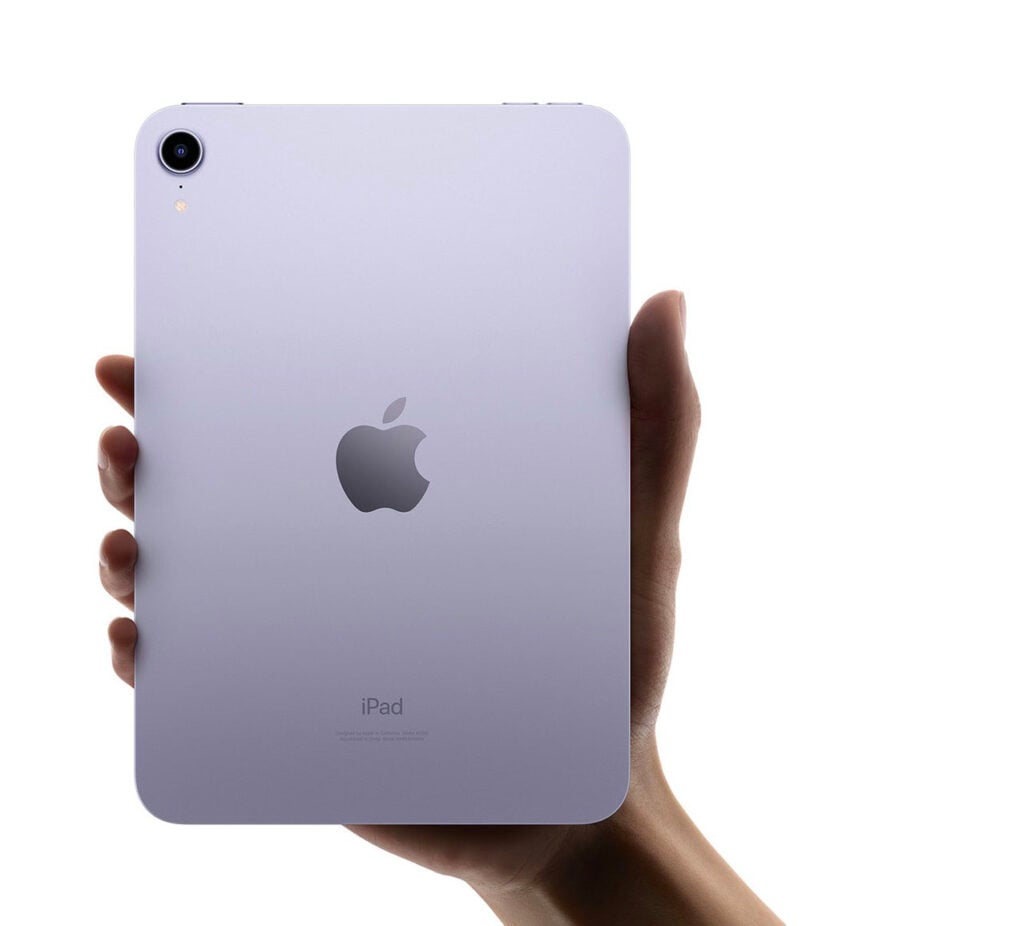 If you choose to shoot with your iPad mini, here’s everything you need to know about the fifth and sixth generation tablet cameras. 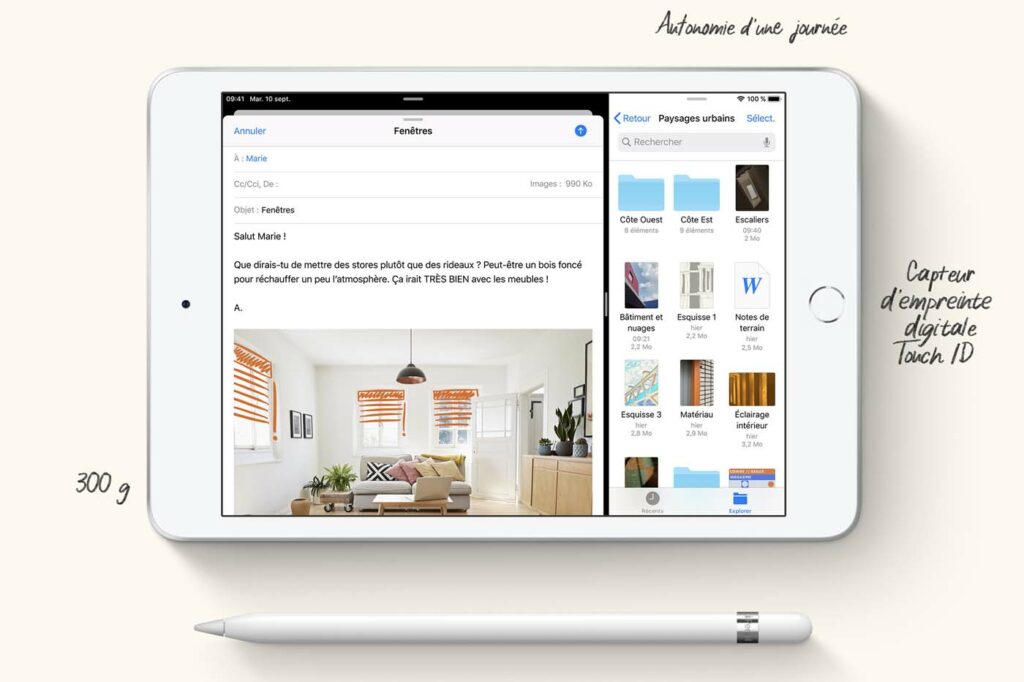 Comparison (imaging) iPad mini 6 vs iPad mini 5 : a big yes for the front wide-angle of the iPad mini of 2021.

Prices and our final opinion

The fifth-generation iPad mini cost $ 459 when it launched, but it can be found below $ 500 now given that it was released a long time ago. The sixth generation iPad mini, released two years later, is unfortunately much less affordable since it costs no less than 559 euros to afford it. That is 100 euros more than the iPad mini 5.

In our opinion, this is anyway the price to pay to be entitled to the best compact tablet on the market. Indeed, the iPad mini 6 is to conclude the best iPad of this comparison, far ahead of the iPad mini 5. Thanks to the new camera and the A15 Bionic processor! 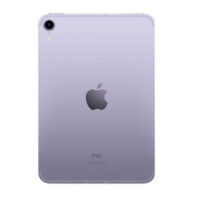