The Clio is one of Renault’s most important vehicles. It began its commercial journey in September 1990, as a direct successor to the Supercinco. Since then it has managed to conquer millions of users around the world. In more than 30 years of history, it has surprised young people and adults with its sports versions. Clear example is the Renault Clio V6.

More than 15 years have passed since the last unit rolled off the production line in Dieppe. The Clio V6 is now considered an icon, a modern classic. It embodies the innovation and vision of Renault Sport, rising as one of the most iconic and revered models never manufactured by the specialized division of the French manufacturer. 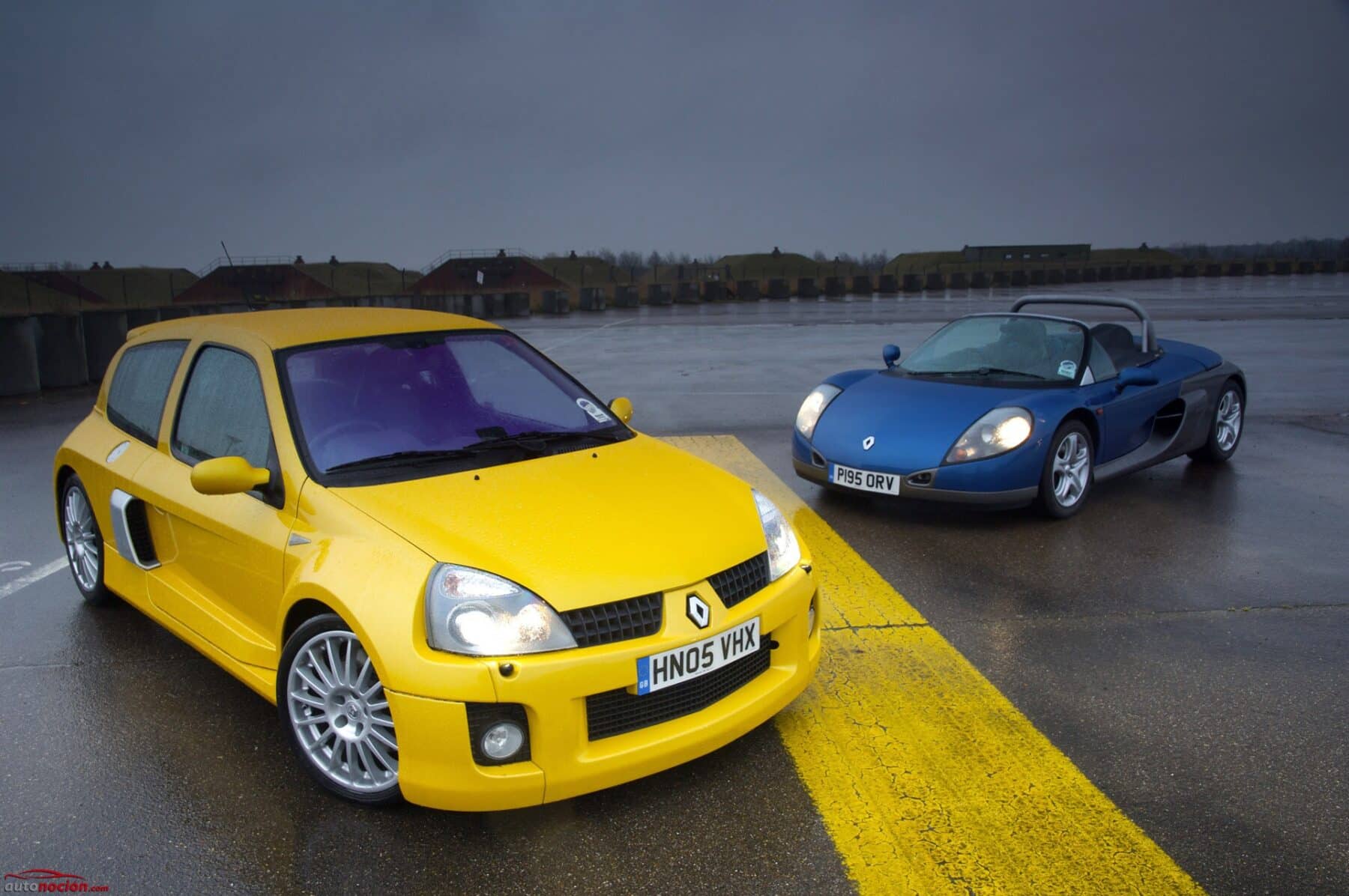 The original concept was born at the 1998 Paris Motor Show. extreme mid-engine design guaranteed to have more in common with the formidable Group B supercars and rally cars of the 1980s than with the hatchback compact front-wheel drive on which it was based. The Clio V6 was simply unrivaled.

It was him unique hatchback mid-engine of the world. It offered superior performance to that of more expensive prestige sports cars. His fiery nature was such that customers were invited to take part in the ‘V6 Experience’. In it they could test the car in a controlled test. The exclusivity of the Clio V6 was further increased through its limited production run. 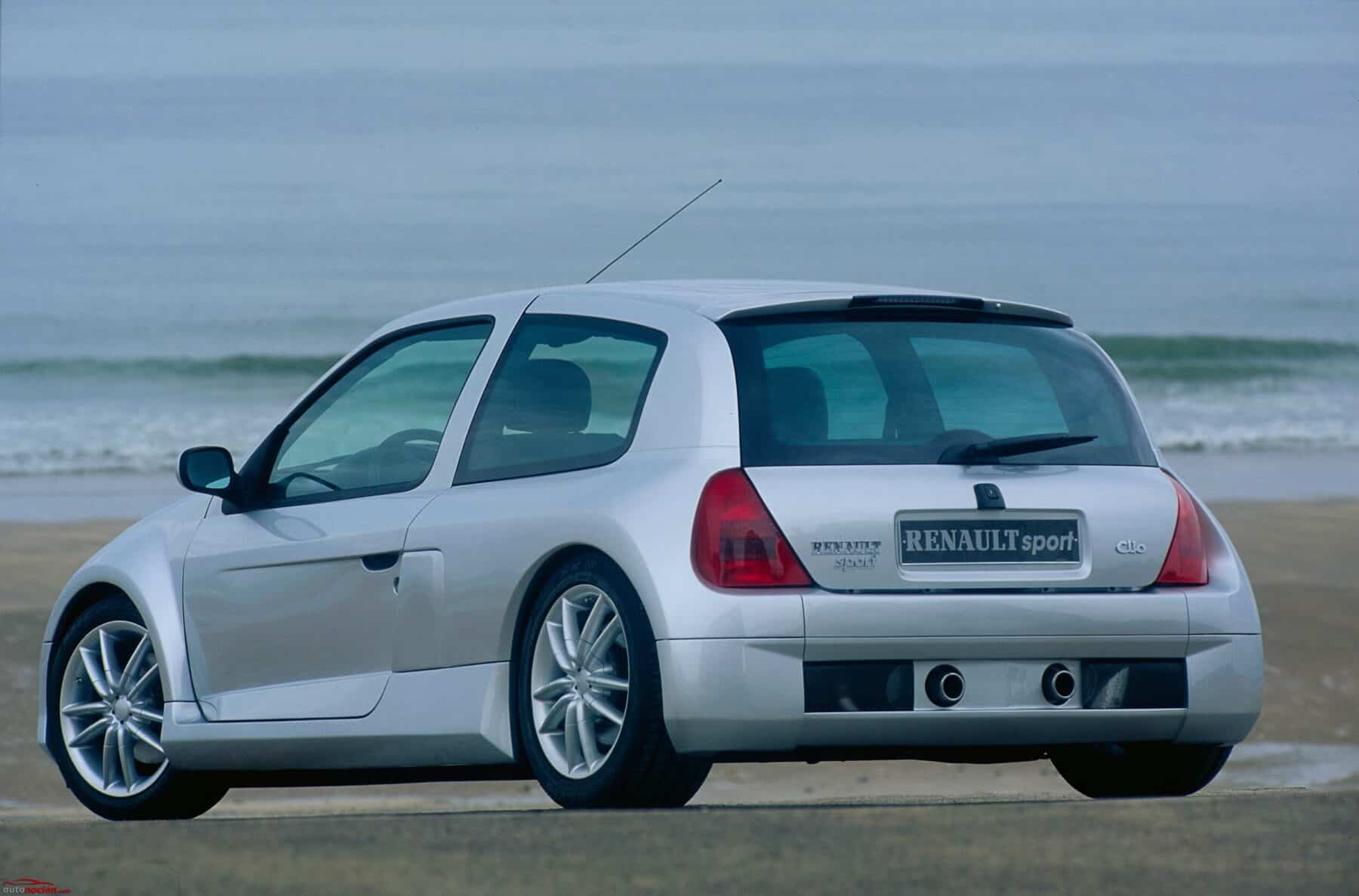 A plate collected the unit number. From the start, the Clio V6 also struck a chord with the automotive press. the very Jeremy Clarkson commented: “In my perfect ten car garage I would definitely have one of these”. Today, the few that exist sell for more than double the original price.

As a documentary collects with Axel Breun, the designer behind the Clio V6, it was all born from an even crazier idea. It all started in his head with the idea of ​​dropping a Renault Twingo body on the chassis and running gear of a Ferrari 308. It was going to be, in fact, a personal project. Renault’s current senior design director loved the Twingo.

This small city car from the 1990s had a bold design, but an old engine typical of the Renault 4 of the early 1960s. That is why the idea was raised to incorporate the turbocharged three-cylinder 12-valve engine of the Daihatsu Charade GTTi. However, the idea was soon thwarted by electronics coupling problems. 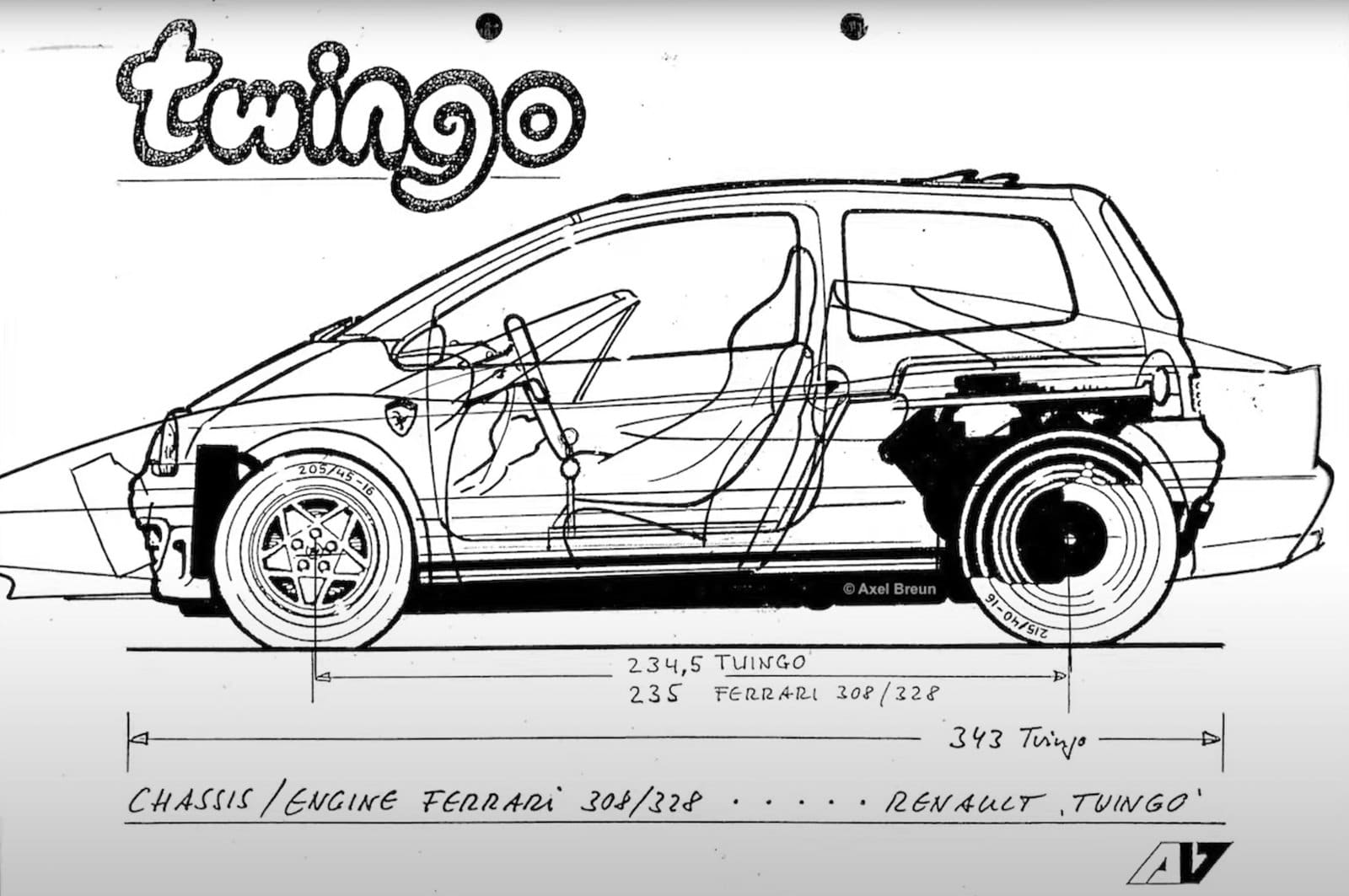 He had to look for a car with a wheelbase to match that of the Twingo: 2,345mm. Interestingly, the Ferrari 308 had 2,340 mm. It had a separate chassis, so in theory it could be merged quite easily with the little Renault.

“The good thing was that the Ferrari came from another era. The tracks were not very wide and the Twingo, for its category, was a very wide car”, recalls Breun.

Breun tried to persuade Renault to donate an unused Twingo chassis to him. He was about on more than one occasion to buy a Ferrari 308 damaged in an accident to start the project. Unfortunately, could not raise the funds to make it happen. But the designer’s sketches had won influential admirers like Patrick Le Quemont.

He was the head of design at Renault. At the time, Renault’s product planning department was interested in promoting the Clio’s performance image. That is why Breun’s personal project was rescued, but in a different way. It was revised and put into production, albeit with a clio body and with him 3.0-liter V6 engine of the Lagoon.

The Clio V6 phase 1: a racing compact for the road

To the delight of motoring enthusiasts, the original ‘stage 1’ Clio V6 was 98% true to the Paris Motor Show concept. It had a mid-engine architecture. However, in the place where the rear seats of a normal front-wheel drive Clio are, there was the 3.0-liter naturally aspirated V6 engine. 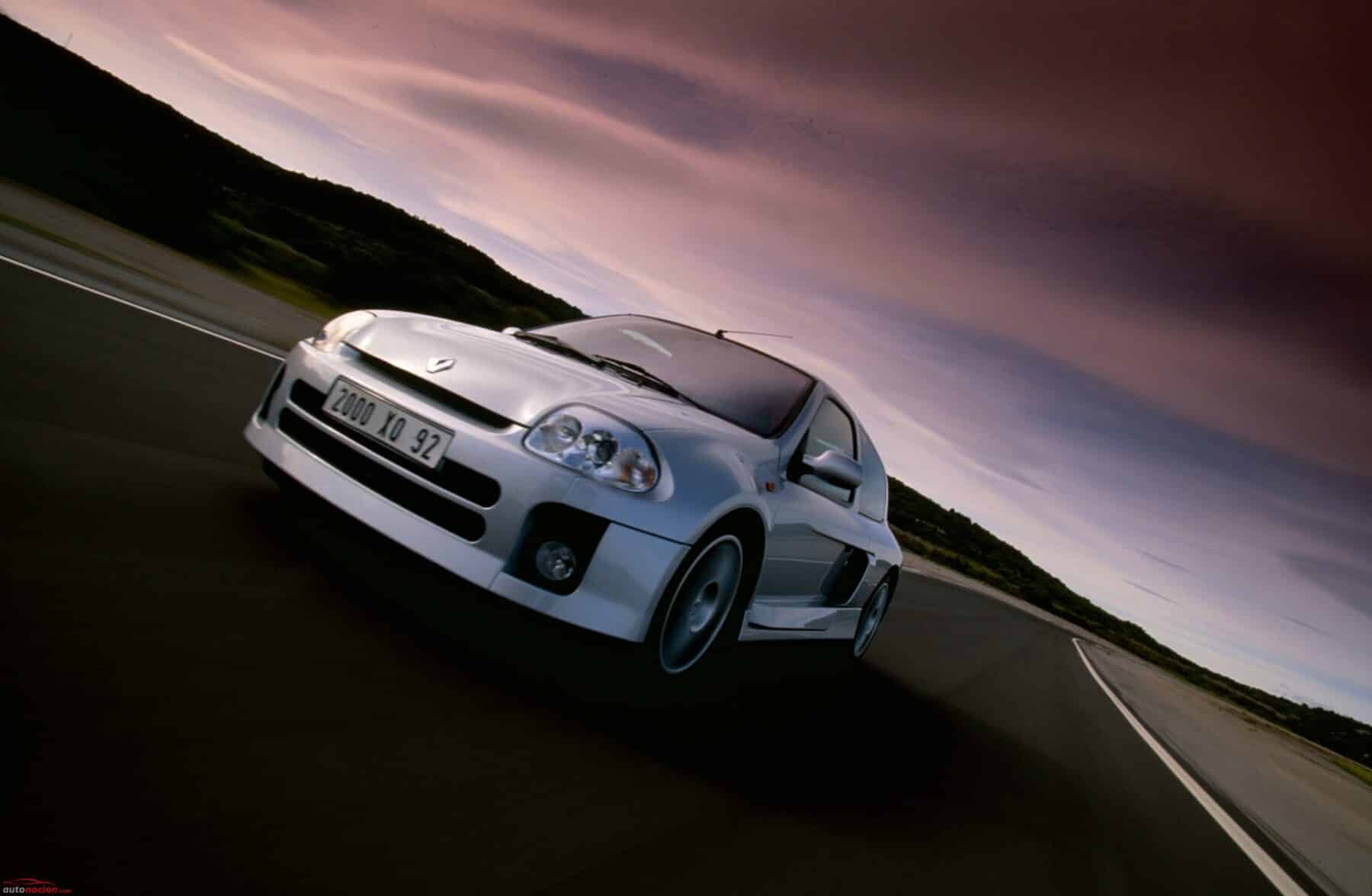 The V6’s power was channeled through the six-speed manual gearbox PK6. This was developed from an existing five-speed unit. A completely new internal control mechanism was fitted on it. Added to the formula limited slip differentiala short wheelbase and a lack of traction control.

See also  What do you think of this SUV?

All that explosive cocktail ensured that the Clio V6 delivered an incredibly exciting drive. There was no question of his performance potential. The bodywork, hood, roof and tailgate were borrowed from the Clio Renault Sport 172. The bumpers as well as the front and rear wings, body panels and sides were specific to the Clio V6. 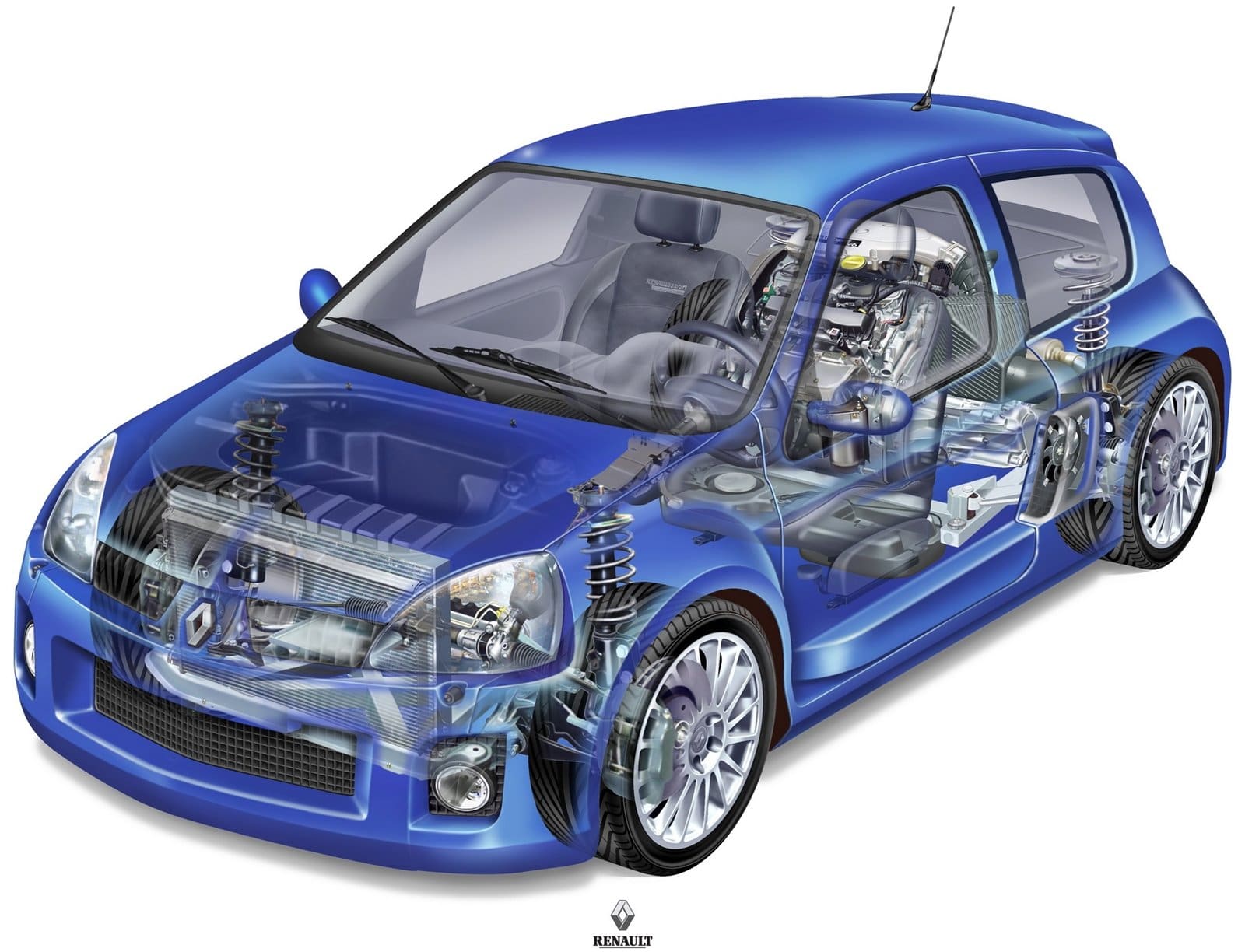 The generous rims allowed for the installation of 330mm ventilated front disc brakes. They were combined with AP Racing 4-piston brake calipers. It was the first time they had appeared on a production car. It had 300mm elements at the rear. Unsurprisingly, the rear structure was entirely V6-specific. 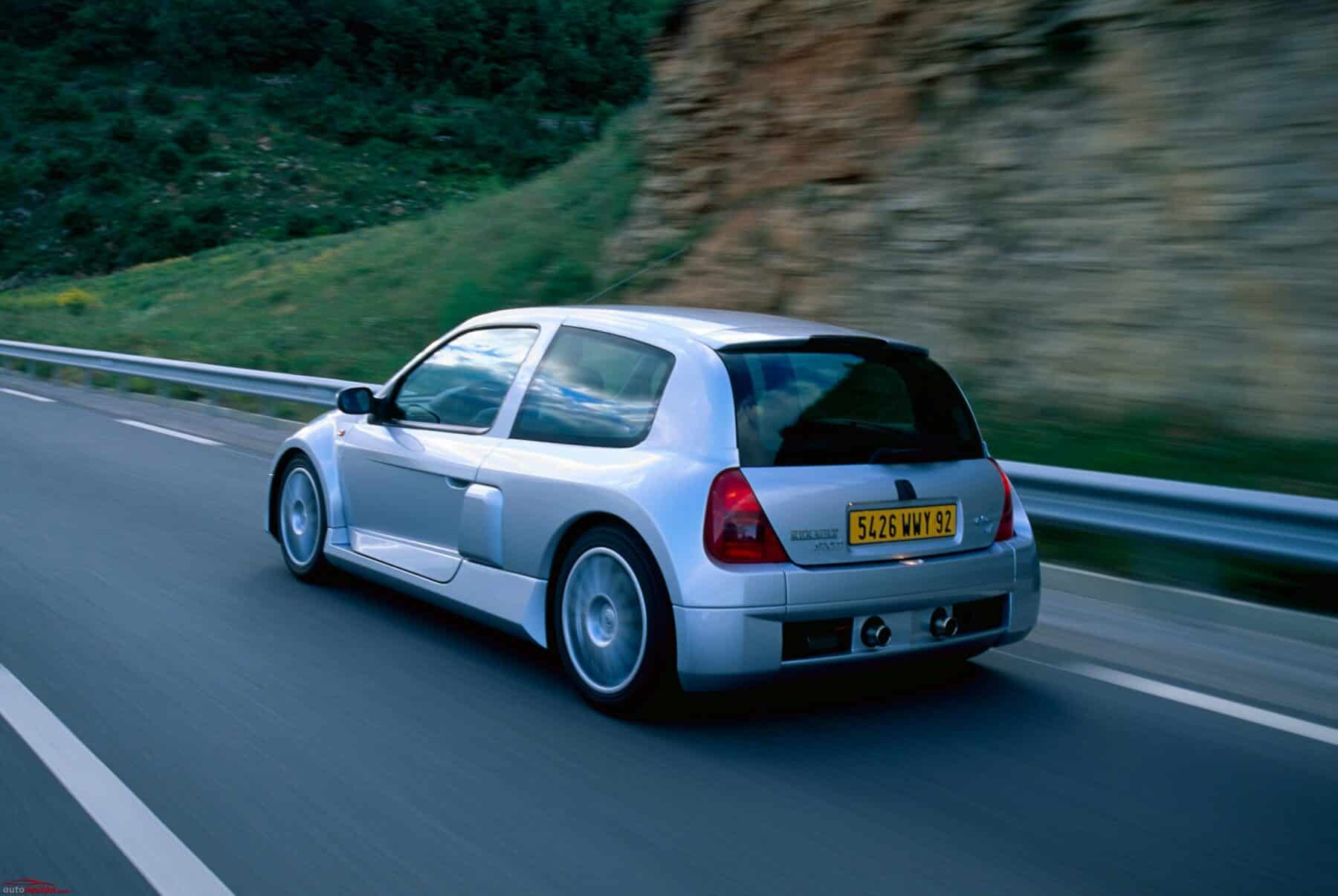 The original front subframe was based on that of the Clio Renault Sport 172 with a reinforced crossbar. The suspension was completely unique to the V6. The front end was a MacPherson strut and the rear used a multi-link configuration. In particular, the front stabilizer bar was taken from the clio trophy.

While there was no mistaking the Clio V6’s focus on performance, it combined its strong driver appeal with a equipment similar to that of a large luxury car. Features like leather/Alcantara upholstery, air conditioning with a heat-reflecting windshield, tinted windows, and a Radiosat 6000 six-CD changer enhanced refinement. 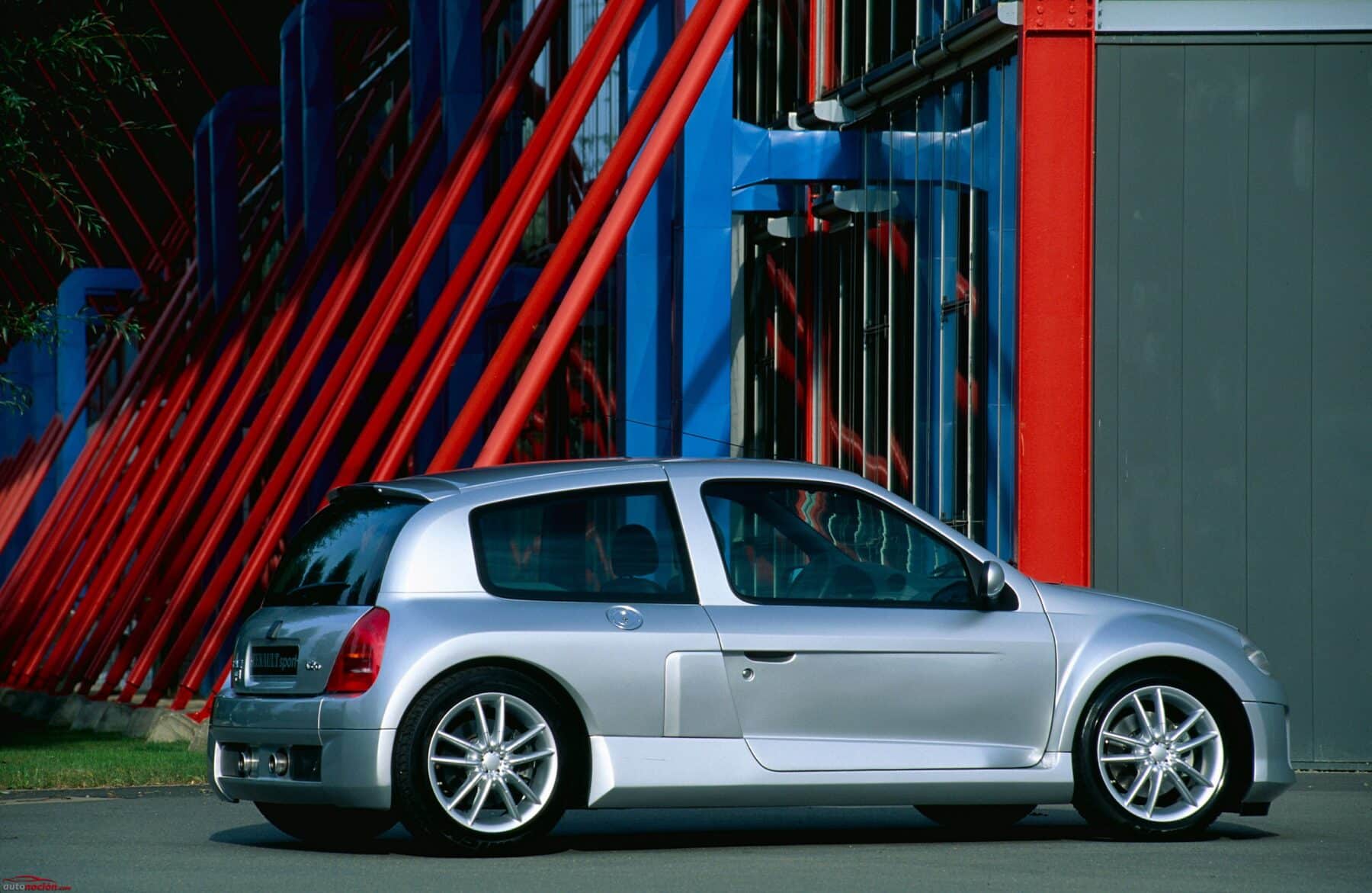 In terms of safety, there was no lack of ABS with EBD (electronic brake distribution) and several airbags.

With the V6 accessories filling what would have been the trunk space, practicality was not one of the priorities of the Clio V6. However, there was room for an overnight bag or some shopping in a 67-litre boot under the front hood. Another 45 liters of space was behind the rear seats. This allowed drivers to save a monkey.

Adding to the exclusivity of the Clio V6, it was completely hand-assembled. Tom Walkinshaw Racing (TWR) built all the ‘Phase 1’ units in their workshops in Uddevalla in Sweden. She was assembling at a rate of about 12 a day and reached 1,631 copies by the time the ‘Phase 2’ model went on sale in August 2003. Of those, 256 were right-hand drive.

The popularity of the original Clio V& paved the way for the “Phase 2” model. It was introduced at the same time as the model revamp. As with the rest of the range, the new Clio V6 255 received updated front and rear styling. Revised air intakes and 18-inch alloy wheels were added. In case it wasn’t flashy, more customization options were introduced.

Then the color appears on the scene Liquid Yellow (J37). But the changes were far from superficial. Renault Sport took the opportunity to complement the revised appearance of the Clio V6 with significant modifications to your running gear. As its name suggested, the Clio V6 255 now had 255 hp (190 kW). 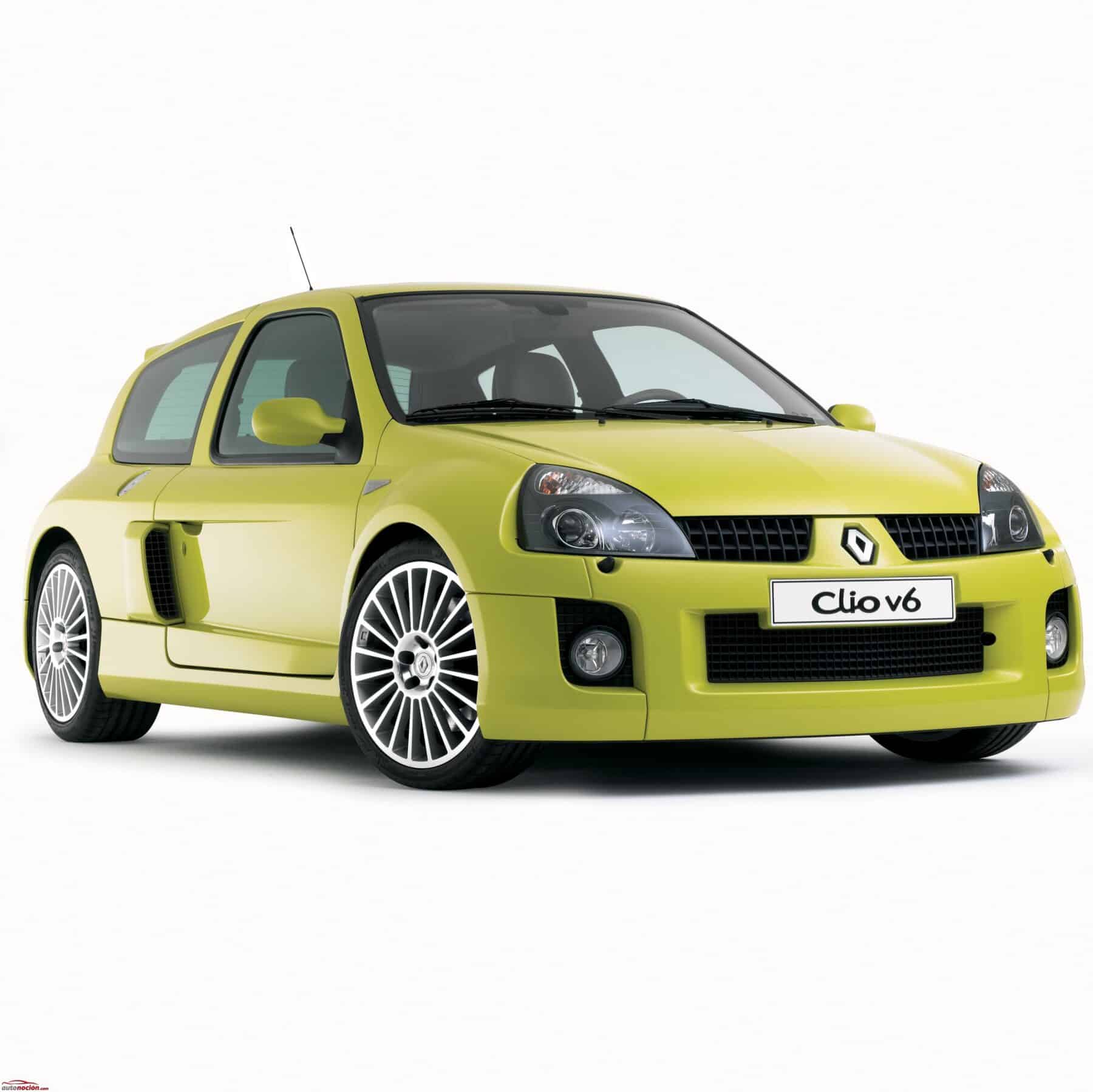 Maximum power was delivered at 7,150 rpm. It was made possible by reworked cylinder heads and a freer-flowing, more efficient induction system. Adding to the extra power was a shorter final drive and closer-ratio gearing. All this made the Clio cover the sprint from 0 to 100 km/h in 5.8 seconds. The maximum speed was 246km/h.

Suspension changes made it easier to explore the potential for improved performance. To add additional control and make the Clio V6 255 more predictable in sporty driving conditions, the chassis was extensively revised. Modifications included a 33mm longer wheelbase and 23mm wider front track. 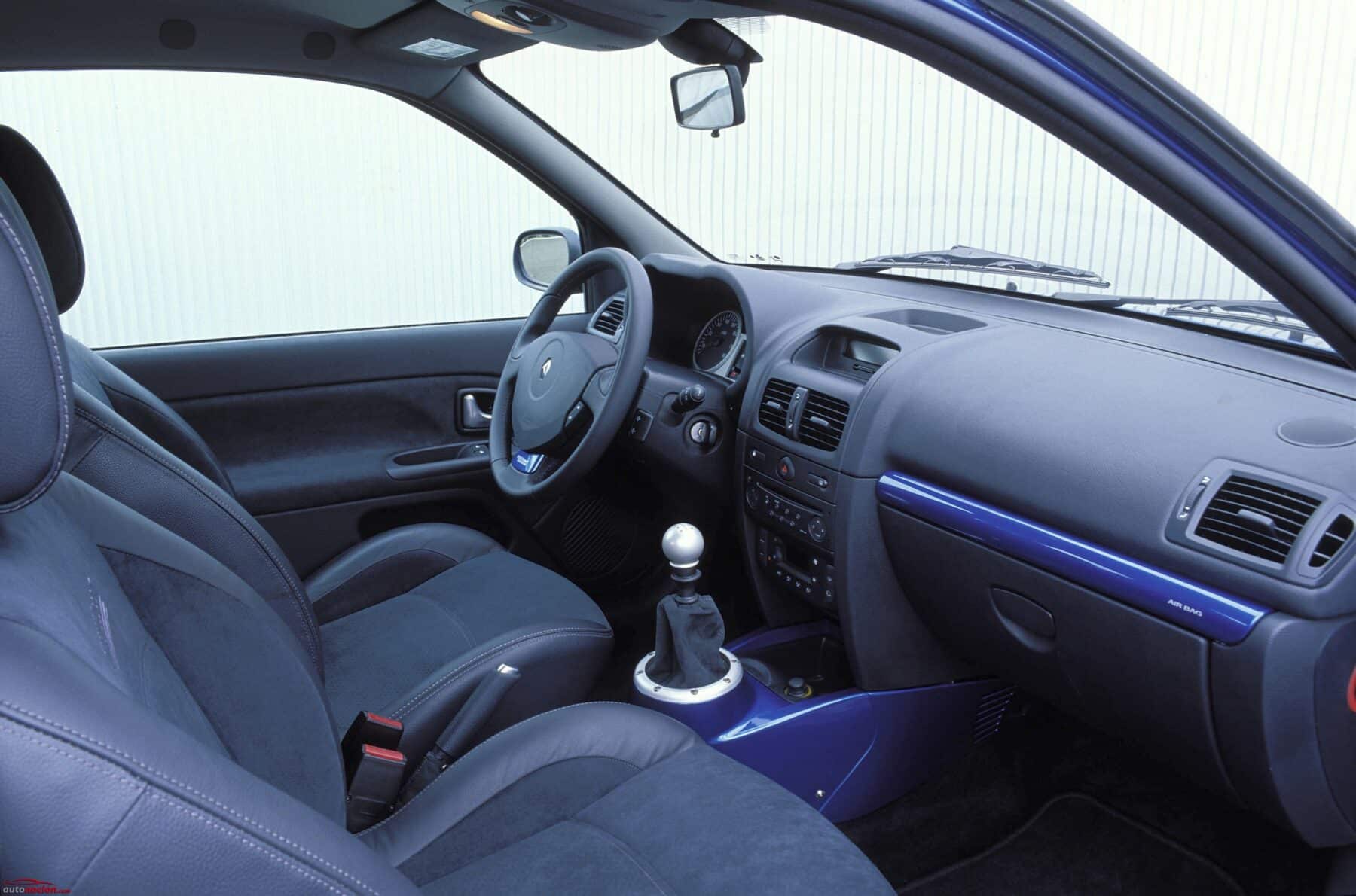 The result ensured that the Clio V6 255 was not only faster than its predecessor, but also had better handling. A total of 354 units had the right-hand drive.

In turn, firmer suspension and stiffer subframes, new bumpers and longer arms were introduced. Renault Sport also evolved production, bringing it in-house and building Phase 2 at its former factory in Alpine Dieppe. Each car was built by hand and 1,309 units were built before production ceased in 2005.