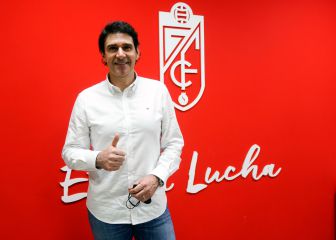 Granada has given a swerve in its initial idea after the heavy defeat against Levante and has decided to throw its last bullet to seek salvation. Rubén Torrecilla, who arrived with the interim poster, will finally not finish the season. Aitor Karanka will be in charge of trying to save a drifting team in the six days remaining to finish the course.

The coach from Vitoria takes the reins of the team from now on. In fact, Tomorrow, Tuesday, he will direct the training and on Wednesday he will make his debut on the bench at the Wanda Metropolitano.

Aitor Karanka’s career as Head coach has been marked by a long career in England from 2013 to 2021 at Birmingham, Nottingham Forest and Middlesbrough, with which he achieved promotion to the Premier League.

Karanka also knows LaLiga in depth with 14 seasons in the First Division as a player for Real Madrid and Athletic, and three seasons at Real Madrid as assistant coach from 2010 to 2013 under Mourinho.

You already know the Sports City

The technician arrived in the Nasrid city on Monday night and got down to work. The first thing to know about the facilities together with the sports director, Pep Boada, and the general director, Patricia Rodríguez, who acted as guides for the red and white facilitiesyes The former player also said his first words to the club’s media as Granada coach. On Tuesday he will be presented in Los Cármenes (1:00 p.m.) and will have his first contact with the players at 6:00 p.m. in the Ciudad Deportiva.