“Hang on” is the name of this new fall Apple Event, “Unleashed” in English. In both cases, the name sets the tone. For this next keynote, it will be a question of discovering a product of great power, or in any case which risks shaking us, hence the need to “hang on”.

And precisely, what better than Apple silicon to symbolize a raging calculus monster (“Unleashed”)? This seems to correspond with the rumors which so far see the Californian firm presenting new computers powered by the in-house Apple silicon platform. But if the company has not surprised us too much lately, except for the iPhone 13 for which analysts and other informants have aimed well off target, we can however hope for a touch of the unexpected. It remains to be seen what could constitute a potential One More Thing from Apple this time around, if there is one planned.

On the more predictable side, let’s break them down together below.

Here are the two machines that should make the headlines of the next Apple Keynote: a new MacBook Pro 14 ″ and a new MacBook Pro 16 ″. Last year, at the end of the year, Apple presented its new Apple silicon platform and the first chip of this innovative architecture, the M1. It then landed on MacBook Air, Mac mini and MacBook Pro 13 ″. It was arriving later in 2021 on iMac and iPad Pro. But the 16 ″ MacBook Pro has remained on the Intel platform during this time. This should be the case until Monday, therefore, the day from which the portable machine with the big screen would abandon Intel for Apple silicon.

Regarding the MacBook Pro 14 ″, it would be a new format for the Apple range of laptops signed “Pro”. Several rumors have this year mentioned the arrival of such a product, until the recent revelations seen on Twitter and signed by a certain Dylan. The latter detailed the technical sheet of the beast, implying an arrival on Monday.

In summary, Apple could present two new MacBook Pros on Monday, October 18, with the following characteristics:

Note that Apple should integrate these new MacBook Pro 14 and 16 ″ in its current range and therefore keep the MacBook Pro 13 ″ with Apple silicon M1 chip from 2020.

Regarding prices, we hope for a limited increase in the price of the MacBook Pro 16 ″ Apple silicon compared to the current model in the range (starting at 2,699 euros). Obviously, no one would say no to a price drop. And it could well happen: during the transition to the Apple silicon architecture, the MacBook Air, Mac mini and MacBook PRo 13 ″ have benefited from a price reduction of up to -100 euros.

See also  the keynote would still be delayed

We could then establish the new range as such:

Finally, let’s not too quickly put aside another possible hypothesis: the elimination of the 13 ″ model following the arrival of the 14 ″ model. Even if a range with 3 models seems rather coherent.

This is the other product that we could see arriving by the end of 2021, and therefore possibly this Monday following the Apple conference. The production of Airods 3 has even already started, according to some sources. What technical sheet can we expect for these new Apple headphones, which would arrive 2 years after the second generation and 5 years after the first? Everything is detailed here. In short, it would be a question of a change in design, but also of an improved Bluetooth range, support for the Locate network and, hopefully, an improvement in audio quality. 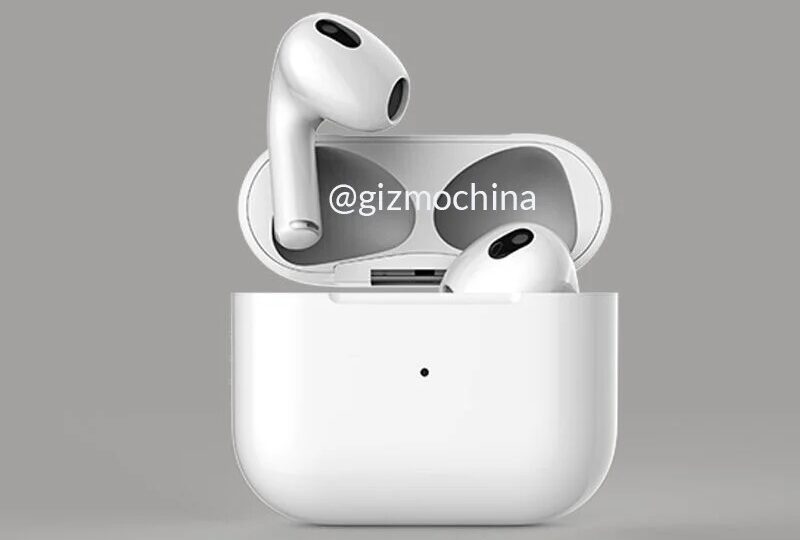 In recent months, rumors have been persistent about a project in development at Apple, a slightly more high-end Mac mini. It would therefore not be impossible for the Californian to unveil, this Monday, a new Mac mini with Apple silicon M1x SoC, as detailed here.

For the Mac Pro, an update this Monday seems less likely given the few rumors heard on this subject at this stage. The only information published concerning the Mac Pro establishes the fact that Intel will remain present in 2022 in the tower with the design of cheesy rap. Finally, in the past there has been a murmur of a “mini” Mac Pro project in a smaller format than the current Mac Pro, and therefore at a more affordable price. But that seems to pick up on the rumors about the Mac mini M1X. It could then be the same product, seen from two different angles. Would this be a nice One More Thing? What do you think ?

Appointment this Monday 7 p.m. to verify all these hypotheses. To follow the event, it’s here for our live text and there for a video follow-up via the Apple site and YouTube.