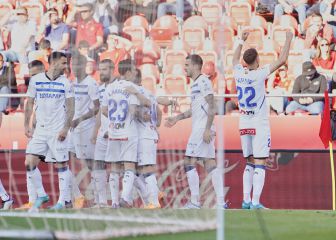 Alavés took a painful defeat of Mallorca (2-1). A defeat in which there was again controversy with the hands inside the area. In the fifth minute of the match Florian Lejeune, Alavés defender, beat Sergio Rico but the ball hit him in the hand before shooting on goal. The VOR room did not hesitate to notify referee Soto Grado of the infraction who, once he had seen the images, decided to annul the goal.

After the clash, Lejeune was annoyed with the disallowed goal and the ridiculous rule. “We’re going badly, it was a very important game for us, we’re going home with zero points. We played a good game, we did everything we could to come back. In the end we’re going to be screwed. My goal disallowed? If my hand is stuck and then it’s a goal, it’s a hand, but if it touches the knee first. The referee told me that rule is shit, that it has to be changed. After that they score a goal for us that way… We’re not dead, we’re going to leave everything behind. You can get permanence, there are games against direct rivals, against Villarreal you have to win whatever it is,” the Frenchman told Movistar Plus +.