Should I teach him the names of letters or their sounds?

In France, we are often convinced that know the alphabet and know how to name letters is the first step towards writing and reading. But must it be learn the name or the sound of letters ? Should we do both at the same time or one after the other? In reality, it is not the knowledge of the names of the letters which prepares for writing and reading. Starting in this way can even pose a problem for some children for further learning. To facilitate phonological awareness and understanding of our alphabetic principle, it will be necessary master the sound of letters as a priority. If you want to learn more and better understand the logic of learning sounds, read on.

Learning the name of the letters is not the priority

In France, they say that habits die hard and when it comes to learning the alphabet, this is particularly true. It is often considered important for a child to know his alphabet early enough and know how to name the letters. Yet learning the names of letters should not be a priority, as it can be detrimental to learning to read and write.

Knowing how to recite the alphabet is different from knowing the names of letters.

To begin with, let’s do a point about knowing the alphabet. It is not because a child knows how to recite his alphabet at 3 years old that he is a genius or even that he is early. It just means that like other children of this age, he is probably in what is called in Montessori pedagogy the sensitive period of language.

According to Montessori, unlike adults or even older peers, between 0 and 6 years old children enter different sensitive periods. There is among others that of movement for the youngest, but also that of mathematics or language. In other words, during the sensitive period of language, the child shows a strong interest in books, letters, he may even ask to write or read. He will therefore naturally absorb and learn more easily as soon as he is offered an activity in this field.

See also  5 Common Infant Disorders and How to Fix Them

Another important point: just because a child knows how to recite his alphabet does not mean he knows the names of the letters in isolation. On top of that, if he has been taught the alphabet as a poem or song without a context, the child may believe it is just a recitation. He may not understand what the letters are for and think they are just abstract designs.

Knowing the name of the letters is important but not urgent and this should especially not be a priority in learning. Teaching the names of letters before the sound may help your child in the process. Why ?

I give you an example. If you start by teaching your child the name of the first 3 letters of the alphabet, seeing the letter B, he will be able to name it, for example, by saying “bé”. Perfect. Now let’s step back in time and imagine that you have taught your child the whole alphabet in this way. Now you move on to learning to write and naturally start with simple words. You ask your child to write the word “baby”. Problem: he writes it “bb”, because for him the letter B produces the sound “bé”.

It can then be very difficult for him to understand that it does not work that way. Likewise, if you ask him to write “bobo”, he might not even identify that there is a B, because he hears “bo” and not “bé”.

If, on the contrary, you teach him that the letter B produces the sound [ b ], he will have to look for the next letter to get the other sound and so construct the word syllable by syllable.

See also  When and how to teach your child to swim? 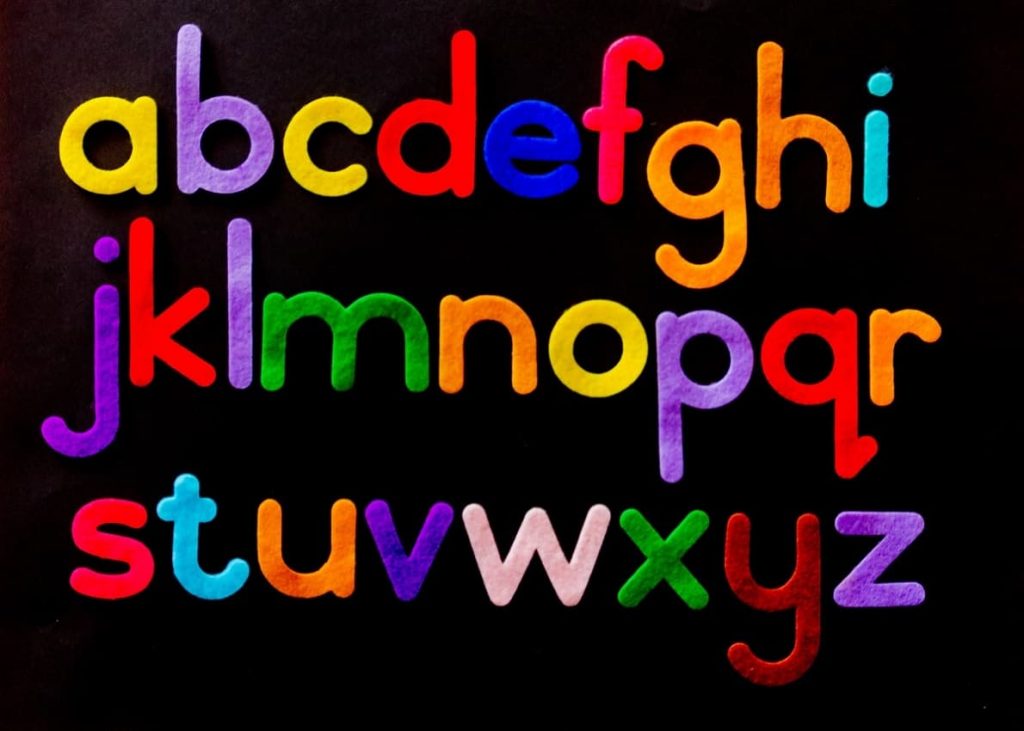 Learn the sound of letters for writing and reading

While knowing the names of letters is useful, especially when learning spelling, it is not a priority in kindergarten. To start writing and reading, children first need to learn the sound of letters.

The French language is based on what is called the alphabetic principle. It is essential to understand how it works before you start writing and reading. The principle is simple. Our written language is built with an alphabet of 26 signs called letters. Each letter produces a sound. Some letters combined produce new sounds, like C and H to create [ ch ]. Thanks to these sounds, we create syllables and we form all the words of our language. Conclusion: if we do not have access to the code, to the fact that letters correspond to sounds, we cannot form a syllable or a word.

If we follow this logic, we understand that it is therefore important tolearn the sound of letters before their names. It may seem weird or unnatural to us because we are used to learning the alphabet first, it seems logical and simple. Children remember it like a rhyme, whereas for sounds, it is more complex, especially as some letters produce several sounds.

To start learn the sound of letters easily, we will teach the sound most frequently produced by each letter and we will bring the rest after. This is exactly the progression followed in Montessori pedagogy.

Use the sound of letters to start writing and reading

How to start to learn the sound of letters? Do we follow alphabetical order? Are we interested in the letters of the first name?

Montessori pedagogy offers a learning order of sounds which seems logical enough to get into writing and reading:

See also  How to start Montessori after 6 years?

In parallel with this learning, it will be necessary to work on phonological awareness. That is to say knowing how to identify the [ a ] in apricot and determine if it is at the beginning, middle or end. We can also play sorting games with small objects or figurines: I hear or I don’t hear a certain sound, find all the objects where I hear a certain sound, etc. It is very important to give meaning to the learning of sounds by manipulating concrete objects and not just by doing work on sheet.

When the child identifies the different sounds and knows their correspondence in letters, he can start writing and reading.

From reading this article, you have certainly understood thatlearning the sound takes priority over the name of the letters. The name of letters is not useless, however, especially when one begins to be interested in the spelling and the words which contain silent letters. To write the word “rice”, you have to be able to name the letter Z to explain that she is present at the end. To learn the names of letters, you can do it in addition to sounds. As soon as the child recognizes the sound produced by a letter, we can name it by saying for example “Yes that makes rrrr, it is the letter R.” In this way the sound and the name of the letters will be acquired quite naturally. one in parallel with the other. How do you do it: the name or the sound of the letters first?